Ed. note: This essay was originally published on Environmental Health Network’s Agent of Change series on June 17, 2020. But the point is makes about the value of indigenous cultural fire practices seems even more relevant now.

It was a California Summer. I was working in a plant nursery tucked into the Cascade Mountain Range—blue mountains in the distance and rivers and creeks to splash in.

But I couldn’t clearly see my hand outstretched in front of me. It’s the smoke. Like almost every summer of my childhood, a wildfire raged in a nearby forest.

Looking back, what was most disturbing was not the smoke or the thick layer of ash on my car after work, it was how normal this was. Evacuations and high severity forest fires are an almost annual occurrence. California’s forest fire problem now routinely makes international news as entire cities are destroyed.

But it wasn’t always so: Native people once were able to steward all of the land that settlers came to call “wilderness.” Instead of excluding fire as United States’ land management policy has dictated for more than one hundred years, Indigenous people in California knew the land needed fire.

This essay is also available in Spanish

Instead of depriving the land of fire by suppressing it, Indigenous communities across California used controlled fire consistently to meet the land’s needs while increasing the productivity of key food and fiber resources. This constant caretaking resulted in abundant landscapes less prone to catastrophic wildfire.

However, since the federal government began a fire suppression policy starting in the early 20th century, Native people in California have had to fight an uphill battle to tend to their homelands. While fire suppression is now widely regarded as a faulty policy it is difficult to turn around a hundred years of damage.

My research focuses on understanding the political and economic strategies Native communities are taking to revitalize their cultural fire practices. California Native cultures like the Karuk, Yurok, Wintun, and North Fork Mono have a different worldview when it comes to fire. Fire in these communities is a means for rejuvenation, abundance, and creativity.

Fire is sometimes referred to as a relative or a living entity. This view of fire stands in stark contrast to fearing fire as an agent of death and destruction. As an ecologist passionate about social justice I’ve realized that this ecological process is also a deeply cultural one. Fire is a necessary part of California ecosystems; we should follow Native cultural fire practitioners’ lead in changing the way we relate to it. 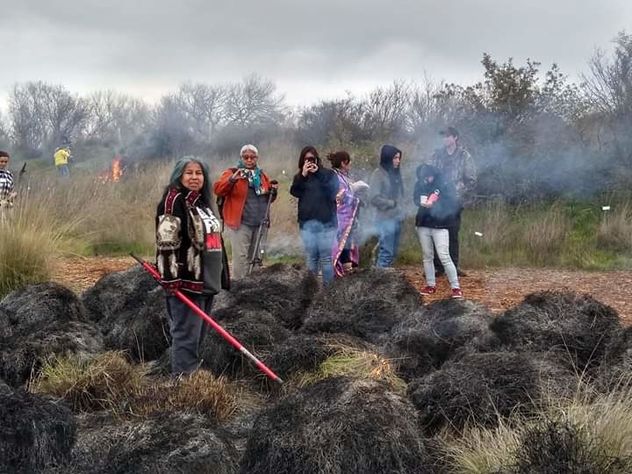 The general public mourns for the “wilderness” burnt in large wildfires, but wilderness is a social construct.

Wilderness is actually a stolen, once carefully tended, homeland. The beautiful, and conveniently bountiful landscapes that colonizers encountered on their first journeys to California were not a coincidence. The concept of wilderness was created by settlers who made themselves innocent of murder and theft by claiming the land was empty, wild, unused or improperly used by Native people.

As a descendent of Tutunaku and Mexica people, I know too well that our homelands were innovatively crafted to support our communities and were places that nourished us and our cultures in every sense of the word. However, the abundance that we created using science, sustainable economic practices, culture, and labor became the stolen wealth of settler nations across the Americas. When settlers stole the land, the wealth they stole included our relatives: the land, water, and wildlife.

Fire is a prime example of this ingenuity. While the diverse California Native cultures use fire for different purposes, cultural fire practitioners around the state have used low intensity, controlled fire to reduce pests in acorns (a key traditional food staple), stimulate regeneration of native plants, reduce invasive species, increase water use efficiency, create habitat for wildlife, and improve the quality of basketry material.

These benefits of cultural fire stewardship have been documented by Native people as well as researchers. In the midst of catastrophic uncontrolled fires, climate change, and traditional food shortages, cultural fire has the potential to increase the health of Native communities by protecting healthy traditional foods such as acorn, salmon, and huckleberries. Access to traditional foods is crucial in communities that are food deserts and where rates of diabetes and heart disease can be three times the national average.

Many people still depend on the land to provide their daily meals. Fire is considered a spiritual obligation and a responsibility to retain culture in the form of foods, ceremony, and environment. Fire stewardship is a gift of health to future generations. 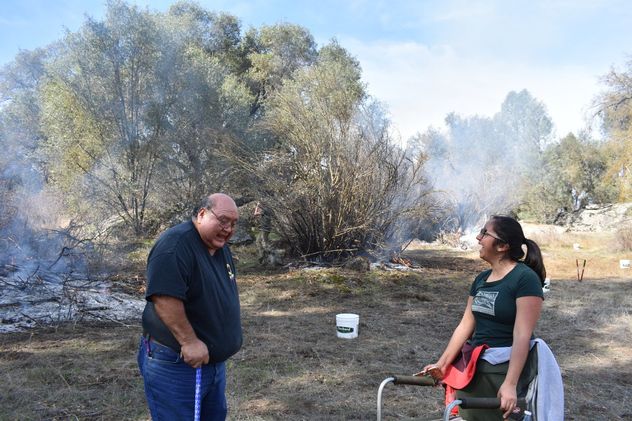 A century of warnings

It is increasingly urgent that Native people should have a voice in California fire stewardship as large catastrophic fires are already wreaking havoc on our lives. The climate crisis will worsen an already difficult situation by extending hot and dry seasons and increasing tree mortality via extended drought.

The challenge that wildfire and climate change pose collectively seems insurmountable at times. However, another benefit of Native people’s constant caretaking is a reduction of fuel. In this case fuel means the dead and dry material that litters our forest floors.

This material coupled with overcrowded forests increases wildfire hazard. The federal and state government’s fire suppression policies instituted a command and control mentality that outlawed the necessary low intensity fires required to reduce the amounts of dead plant material that could become fuel for the large wildfires of today.

Native people in California knew this and were outspoken about it from the beginning. Klamath River Jack, a Native man living in the Klamath basin, tried to educate settlers as early as 1916 in a letter written to the California Fish and Game Commission and published in the local paper in Requa, California, which is a part of traditional Yurok homelands. In it he implores them to recognize that Native fire management practices reduced fuels for large wildfires, reduced pests on acorns, and increased the food available for deer and elk by increasing new sprouts and keeping grasslands desirable.

His plea was ignored and mocked by a local forest ranger. Since Klamath River Jack’s letter, many Native people in the Klamath basin have been arrested for arson for continuing this and other necessary practices.

Native people all over California have kept telling decision makers, scientists, and the public that cultural burning has many more benefits including increasing water use efficiency in forests, helping salmon survive hot water temperatures, and keeping food and fiber abundant for Native communities.

Now, as our environment is in crisis, people are finally beginning to listen. 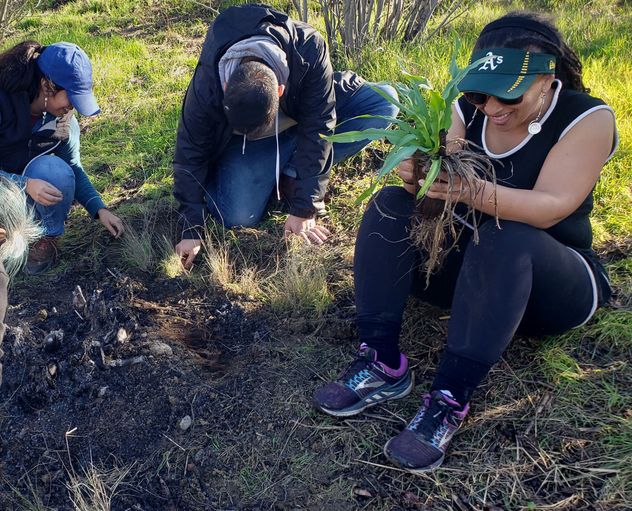 In order to return fire to California landscapes, Native communities have had to collaborate with state and federal agencies. A large part of my research looks at how effective these collaborations are at creating more just futures for Native people.

I am fortunate to spend time with Indigenous activists, scientists, and policymakers redefining what the response to climate change and environmental destruction should be. Native people all over California are mounting a cultural fire revolution and, in talking to them, I have learned how important it is to understand power and decision-making over public lands.

They have built large collaboratives that bring former foes together, successfully lobbied for consulting power, and are changing the way that California’s non-Native residents understand fire by building broad outreach and education efforts. All this in an effort to bring Indigenous leadership and cultural fire back to landscapes that sorely need it.

For Indigenous communities there is no hand wringing about what to do in the face of climate change; there is action, love, and hope. Native nations know their responsibilities to place. Do you? 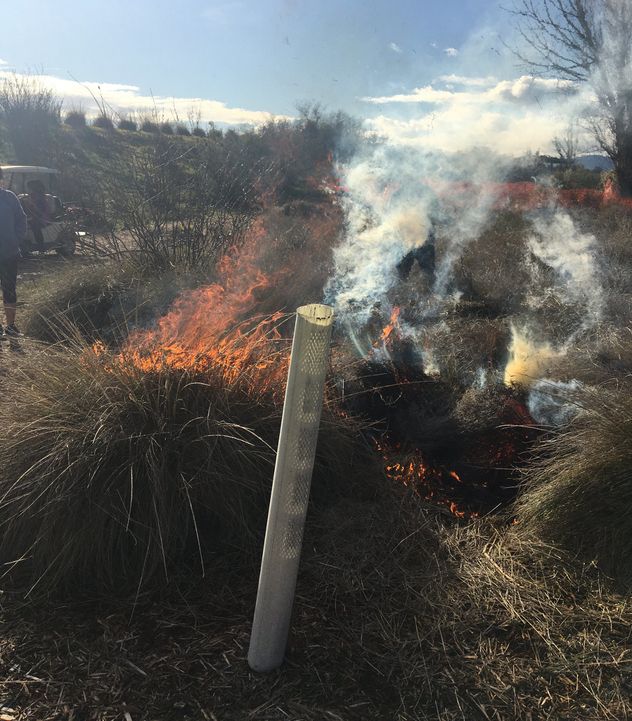 Fire creeps through the blades of grass. I squat and put more dry blades in its path. The fire grows and consumes the deergrass. I look around at our gathering of Indigenous elders, children, community members and students. People are laughing and there’s this deep sense of love for the land we are burning.

The fire is slow today, we have to coax it onto the deergrass. The plants we burn will allow the local Native community to have basketry material. Without fire and other careful caretaking, basketry plants are unusable. They can become scarce, crooked, or inflexible. Burning shrubs such as redbud, sourberry, and hazelnut makes for long straight and flexible sprouts perfect for weaving. Deergrass produces more of its desirable flower stalks.

The three Wintun/Patwin basket weavers that dictate our movement in the Tending and Gathering Garden at Cache Creek Nature Conservancy are alight and laughing. They answer a myriad of questions from curious newcomers.

This is one of the recent Indigenous Fire Workshops that our team at UC Davis has organized with cultural practitioners to bring policy makers, land managers and academics together under the guidance of elders. These workshops create social resilience to climate change by building relationships and respectful collaboration.

Our most recent trip to visit Ron Goode in Mariposa County brought out more than 100 people to burn five acres of sourberry, redbud as well as a meadow.

These important basketry materials have been put to use by basket weavers and other community members. We camped for three days alongside members of CalFire, the U.S. Forest Service, scientists, neighbors, elders, and Native youth.

We told stories and jokes around the campfire. We made connections not only to each other but also to the land.

I wish this was what people thought of when they imagined fire in California, but unfortunately, a couple hundred years of violent settler colonialism has left its mark. The criminalization and suppression of California Native cultural stewardship has led to forests that are a true wilderness. Wilderness because they are not cared for. Wilderness because they are thick, full of fuel, and disease.

But here, with fire creeping through deergrass, I remember that Indigenous people all over the Americas—including my own ancestors—have already survived an end of the world. We saw our people die in epidemics, taken as slaves, killed en masse. We saw the mass killings of our relatives: stacks of buffalo bodies, antlers, and salmon dead on the sides of rivers. We’ve been mourning for centuries.

But amidst all of that death, destruction and heartbreak we have been resilient, joyful, and creative.

We know the best way to counteract the destruction of land is to love the land. Love it radically and fiercely. After all, we are the land. 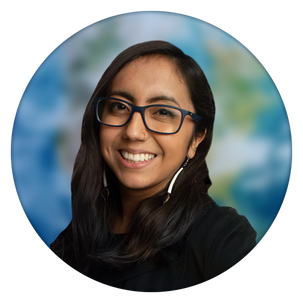 If you would like to learn more about Indigenous science or Traditional Ecological Knowledge watch this series called Tending the Wild that explores cultural fire and more.

This essay is part of “Agents of Change,” an ongoing series featuring the stories, analyses and perspectives of next generation environmental health leaders who come from historically under-represented backgrounds in science and academia. Essays in the series reflect the views of the authors and not that of EHN.org or The George Washington University.

The spill and you

I dream of green schools

Habitat of the motorist