This article is published on the MAHB Blog and the MAHB Arts Community page.

We need new stories to make us aware that we are part (minute and one of many) of an incredibly complex world. Our existence is dependent on other creatures, and all things are interconnected. We need stories to teach us how to inhabit the Earth “gently and tracelessly”, mindfully living in the world.

This subject has recently been raised in the Nobel speech by Olga Tokarczuk, who indicated that we lack words to let us keep up with relentless changes:

“Today our problem lies – it seems – in the fact that we do not yet have ready narratives not only for the future but even for a concrete now, for the ultra-rapid transformations of today’s world. We lack the language, and we lack the points of view, the metaphors, the myths, and new fables. Yet we do see frequent attempts to harness rusty, anachronistic narratives that cannot fit the future to imaginaries of the future, no doubt on the assumption that an old something is better than a new nothing, or trying in this way to deal with the limitations of our own horizons. In a word, we lack new ways of telling the story of the world.”

The same problem is acknowledged by an ethnobotanist and ecologist, Gary Nabhan, who calls for healing our stories before we attempt to heal the Earth.

I think such observations can be referred to as literature as well as art. Visual language bears the amazing power of the message – non-verbal, intuitive, primal. It is the area of great communicative potential, which facilitates building clear meanings, available and transcending divisions. The Covid-19 pandemic has only strengthened my conviction that it is the last moment to acknowledge the responsibility connected with telling stories about the world, and about the human – world/world – human today’s relationship in particular. I keep wondering: How can I do it wisely, do it right? 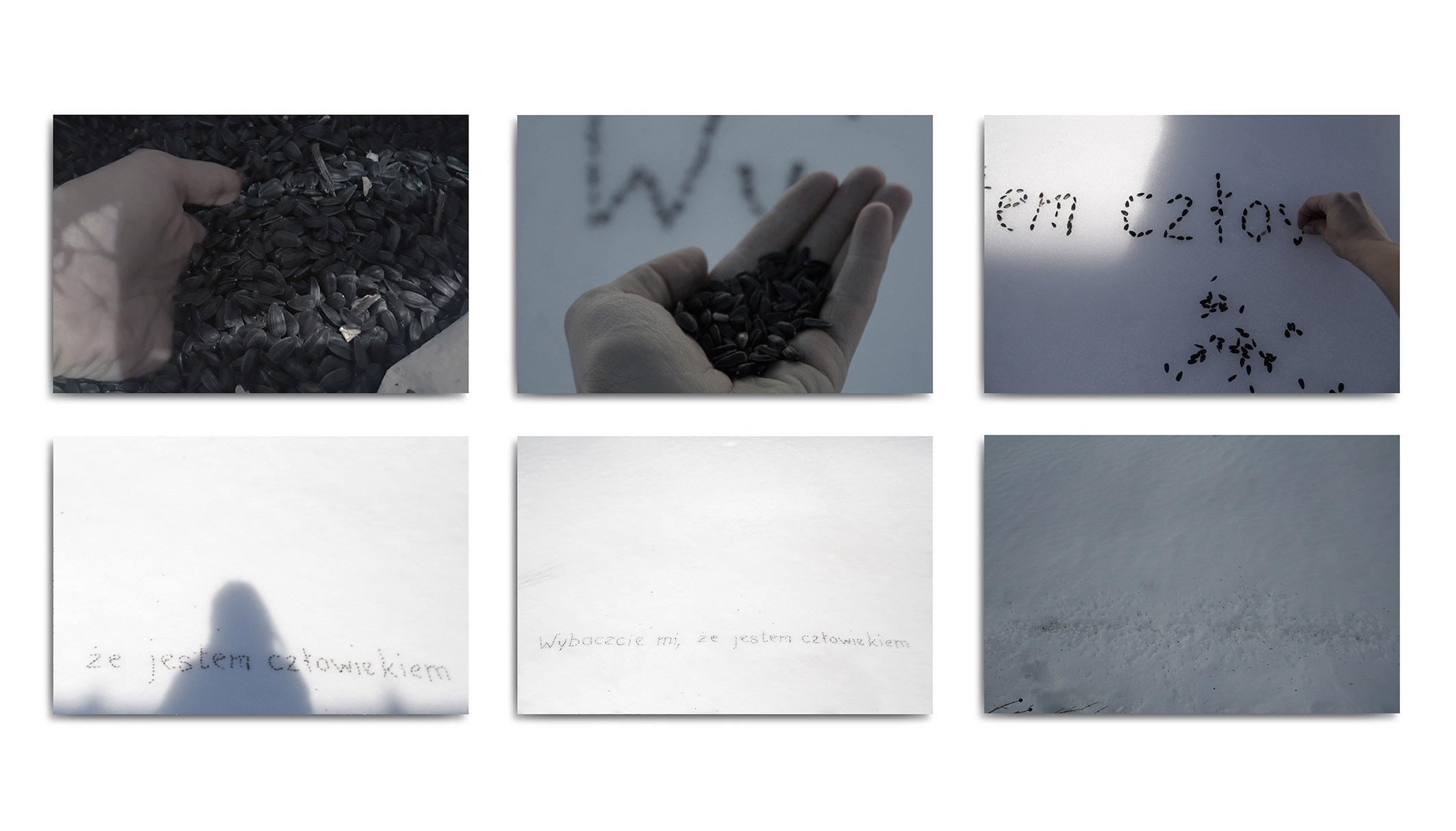 I have a compelling need to join those who are trying to change something for the better. My direct and strongest inspiration comes from activists –“ordinary/extraordinary” people, who have been rising to rebel, protest, often putting their health and lives on the line. The area of my “statement”, however, is not that direct. I must admit I cannot muster enough courage to get involved in a face-to-face confrontation. Also, my attitude follows from my intuition that peaceful, subtle but consistent action is also effective and necessary. Expressed this way, the message may have a chance to reach groups other than people open to protests, and therefore expand the effect of communication. I was wondering: What do I call this attitude?

Some time ago, looking through comments to Mikołaj Smoczyński’s works, I happened upon his text about the cycle “The Secret Performance”, where he wrote:

“My attention reverted from ambiguous abstractions and focussed on the area of self-discovery and existence. (…) I have never been a performer, and I surely don’t feel like one right now. I have never mustered enough courage or this specific impudence, which are necessary to perform in public. (…) my actions have always been for photography’s sake only. The experience of one.”

What Smoczyński defined as a secret performance meant documenting only the traces of his actions, his presence.

Being an activist requires character traits similar to being a performer, as he says, and I relate to his inability to find them internally. At the same time, I do feel a strong need to join the voices contesting the anthropocentric vision of the world – and I participate, but in a more gentle, slightly poetic manner, where you can find only traces of my protest.

“The Secret Activism” is a project for which I have created my works for several years, but it is also the attitude I follow in life.

One of the first works for this cycle was “To The Birds” – a documentation of my action, a record of my attempt at apology. On the snow, I arranged sunflower seeds into the phrase: “Forgive me for being a human”. I was waiting for the birds. My presence deterred them. I had to leave. But when I returned in the evening, the seeds were gone.

Along with this work, I made many more, including “Petitions” – at the wall, I composed an installation of thousands of letters – petitions wrapped in envelopes I had previously dunked in black ink. It referred to the process of collecting signatures on petitions, which I do regularly, as well as to the overwhelming awareness of the cruelty underlying this procedure. 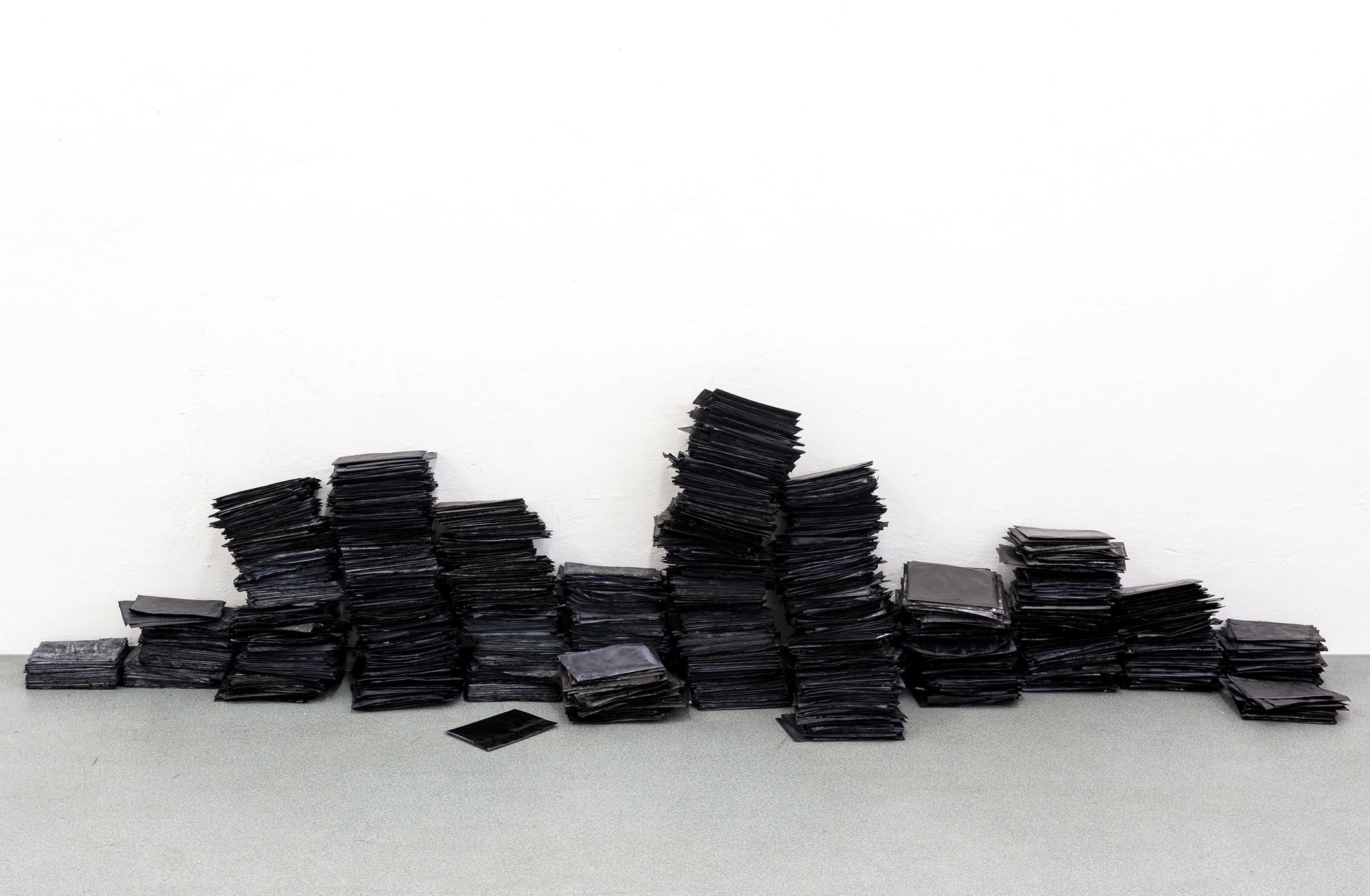 During the pandemic, I reached for a notebook with some kind of a diary in mind. Rather than words, however, the pages started to grow rows of plants. The notebook keeps “overgrowing” with every pandemic day, symbolizing the need for building new stories.

At the moment, I am working on two complementary cycles. The first one – “Polish Landscape” – refers to the situation of Polish forests, where the national forest industry is trying to turn the ancient, naturally precious wildlife into cultivated monocultures grown solely for wood. This activity, harmful to us all, is unacceptable in the face of the pending climate catastrophe and during the sixth mass species extinction. Such a situation refers to many European countries, Poland included. Within this project, I spend much time in the forest – wandering, taking photos, protesting, while the collected material serves as the basis for new paintings and objects.

At the same time, I browse the internet and find photographs of people hugging trees. They embrace them gently, with care. I save these photos and process them to blur out facial features, details of clothing, to bleach colors. The figures start to emanate their internal light, becoming alike – as if they belonged to one mysterious tribe – enormous, global, good. 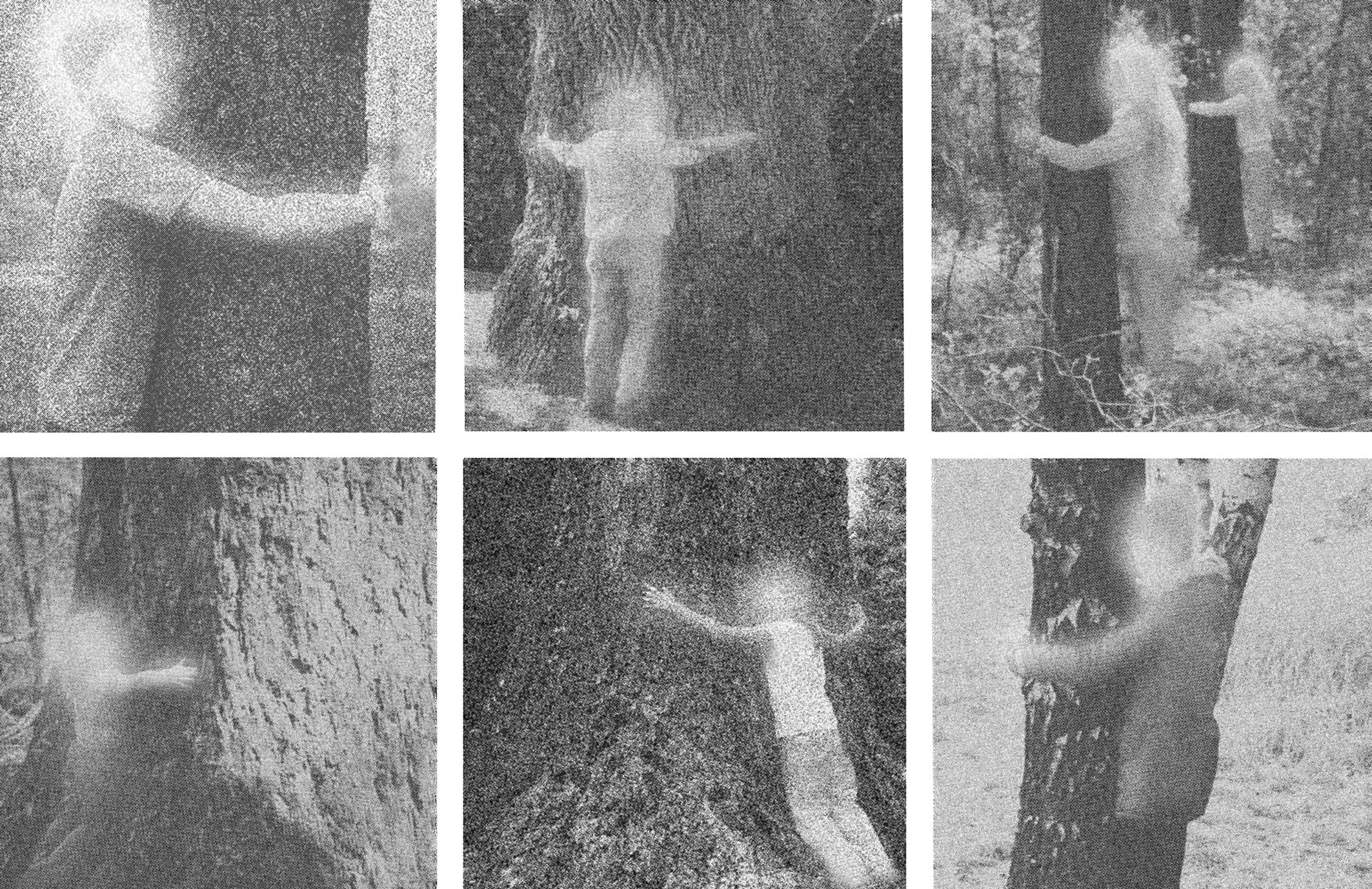 The term “tree-huggers” is used not only to describe people who like hugging trees and absorbing their energy, but mainly for ecologists / those who stand up for nature. Several years ago, Polish activists chained themselves to trees, in defense of the Białowieża Forest, the oldest one in Europe. It has been a few months since a group of activists started camping out in the Carpathian Forest, trying to prevent its logging.

It is said that the first “tree-huggers” group were 294 men and 69 women of the Indian Bishnois tribe, who died in 1730, trying to protect the forest in their village against being cut for wood and used for palace construction. Dying, they were hugging the trees till the end. Their/our fight goes on. Here, now, still.

I use the term “The Secret Activism” to define my own attitude in art and life, but I think it could accurately describe the activities of many people, also beyond the field of visual arts. It complements and extends activism. In a subtle way, it appeals to people and shapes their attitudes. Secret activism encourages the co-authoring of new, good narratives about the world, to help us empathize and collaborate to build a better future.