I’m going to create an imaginary political subdivision in central Montana. It’s the eastern half of the Musselshell River Watershed, running a country mile from Roundup to north Winnett. In reality, these two municipalities are county seats, one in Petroleum, one in Musselshell, located about 50 miles apart.

This is sparse, beautiful country, a combination of rolling pine-dotted hills, prairie, sage brush steppes, and river breaks. Traditional work, most relating to ranching and some grain farming, binds residents to the land. Despite the name, there is little oil production in Petroleum County.

It’s an easy place to pass through but not an easy place to make a living. One might never guess this area is home to a minor revolution in the rural west. It’s as if the residents drew a line in this hardpan clay and said, “The narrative of dying cattle ranching and farming community ends here.”

The change could be distilled into a quartet of words: stewardship, collaboration, cooperation, and community. A fifth word might be added: persistence. 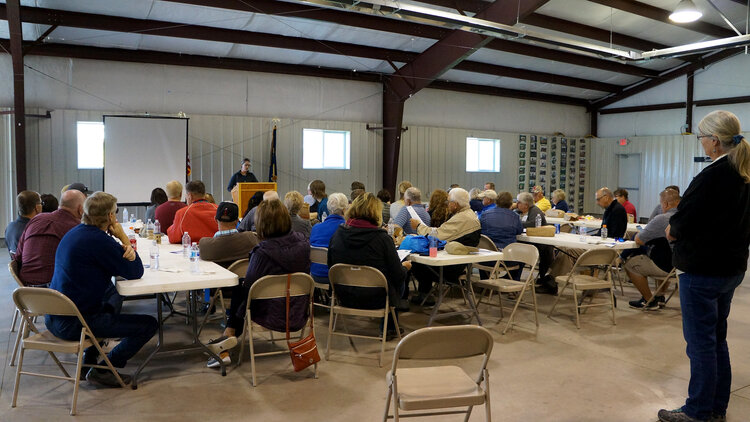 In 2016, what started out as a conversation about how locals could do more to shape state and federal wildlife policies morphed into a discussion about larger matters. “The biggest issue was: Where is the community going?” said Laura Nowlin, who runs a ranch north of Winnett with her husband and two children.

The generational ranch model has been wobbling since WWII. Prohibitive cost of entry looms large. Buyers from outside the Musselshell Watershed purchase ranches for recreational values, shutting out local families. New owners are often absentee. That dynamic, says Nowlin, “impacts us all.”

The discussion arrived upon an old idea: a grazing association. Yet the group decided to make it non-profit and call it a grass bank. Lease a piece of ground to young ranchers, then let them graze their cattle collectively. They put a name to their aspiration: The Winnett Agricultural Community Enhancement and Sustainability Land Project (ACES).

Putting the concept into action required moving out of their comfort zone. First it meant hiring a consultant to sketch out a strategy. That required funding, which they received from a conservation grant-maker: the National Fish and Wildlife Foundation.

Roundup rancher Bill Milton was key to developing their ideas, said Nowlin. Relaxed, philosophical, and deeply committed to the collaboration model, Milton is known in the Musselshell Watershed for his role in addressing tough problems.

“When we first got together with Winnett ACES, I went around the room, a round robin, asking about the benefits of working collaboratively or collectively with these complicated deals with groups like the Natural Conservancy, or outside our traditional partnership,” said Milton. “We had people from their 30s to 50s in the room. This is Petroleum County; they’ve developed this sort of informal type of leadership. Many parts of their community have to be covered. They’re a conservative bunch.” 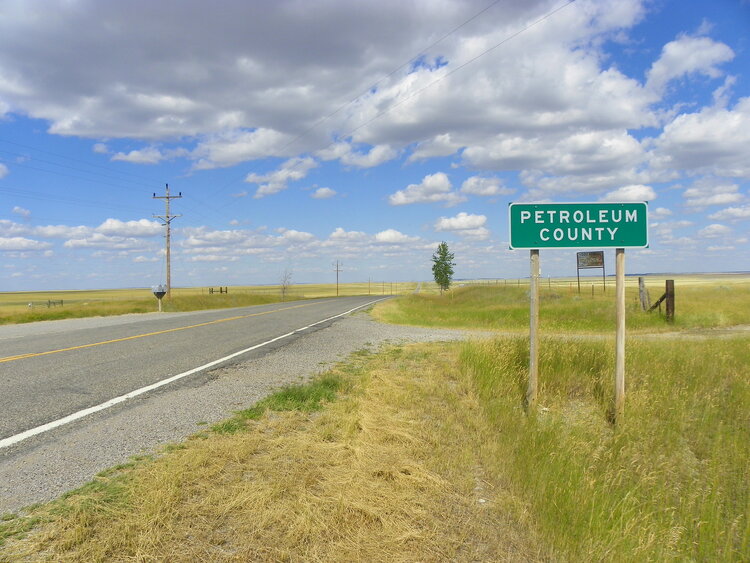 It didn’t go all that smoothly at first. “A lot of people said it wasn’t possible to move beyond the perception that people just don’t like us,” said Milton. “Their attitude was: we need to accept that. People don’t get it. I’m tired of fighting these people.”

But not everyone agreed. “There were these young people who said, well, I don’t know. I’d like to get local beef in the schools. I’d like to buy a ranch. Some of them had parents who been working on cooperative endeavors. But as the talks went on, by the third round, people were saying, yeah, let’s do this.”

“Doing it,” as it turned out, meant more than an evolution of ranching.

“Our purpose is not solely to own and operate a grass bank. We have a lot of broader community goals, too,” said Nowlin. “It includes building a community center.”

Actually, it included constructing or restoring a trio of buildings. The community center, however, represents a watershed moment. In 2019, Winnett native Larry Carrell donated $4.5 million to the construction of the building. In doing so, Carrell executed a key move in lessening a community’s dependence on commodities. Carrell, a petroleum engineer, made his money in oil and gas. Yet he chose to donate to a community center in a place with diminishing oil and gas reserves. Completion date: summer 2022.

The nature of the gift reveals Petroleum County’s (population 490) ability to leverage a good thing. Carrell gave $4.5 million with no strings attached. He also gave a second gift, a dollar-for-dollar match topping out at $500,000. In a little over two years, residents donated $121,564. Through the Lewistown-based Snowy Mountain Development Corporation, the community center backers also received a $450,000 Community Development Block Grant and a $175,000 in a Brownfields Grant.

These are grants from the federal government. Contrast this ask to the residents of southern Utah who badger Washington to reduce protection on federal lands and cut down on the size of national monuments. They want more access to minerals and grazing and no federal involvement. 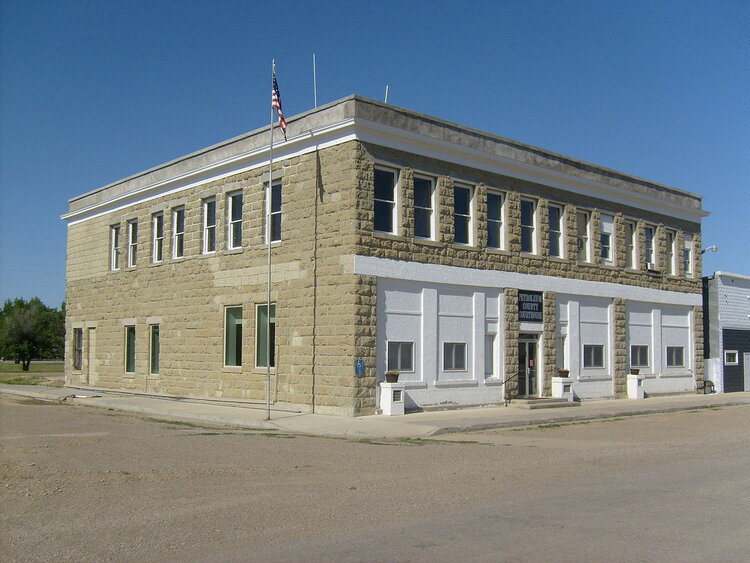 Two other buildings caught ACES’s attention: restoring the Petroleum County Courthouse and rejuvenating the Winnett Odd Fellows Hall. Both projects have passed the preliminary stages. The $50,000 goal to move and stabilize the Odd Fellows Hall has already been met. ACES successfully funded a feasibility study for revamping the county courthouse. Possibilities for a second life include four one-bedroom apartments for teachers and five office spaces.

In pursuing these renovations, Winnett has made some concessions to the “new west” narrative without giving up their passion for agriculture. One such realization says, Nowlin, is the importance of their municipalities. “We can’t be disconnected from the town. There is an urban–rural divide in Winnett,” she says, somewhat mirthfully. “How do we fix that? We’re an agricultural community but we can’t survive without those who live in town. If we’re concerned about ag[riculture], we’re concerned with the town itself.”

“We’re focused on the next generation,” said county commissioner Paul McKenna and ACES member, “and that means concentrating on our school. If the school closes, the ranches might survive, but the town won’t. The grocery store will close and then the ranches will suffer.”

McKenna said ACES recently bought the school a new computer system. “Life’s too short to stick your head in the sand,” he said.

The grass bank concept has struggled. The original pilot project north of Roundup succeeded, but the lease was only for one year. “The problem is still the price of land,” said McKenna.

“We continue to work on this idea and have just hired a consultant to help us work through funding scenarios for purchasing land, as well as scenarios for leasing land,” said Nowlin. “We’re currently creating a model to match landowners who are wanting to retire with ranchers who are looking for grazing land. We think that this could be a model that could be adopted anywhere and help to keep grazing land as working lands, as well as bolstering opportunities for young producers.”

Behind the Winnett philosophy lies an understanding that’s there is more to agriculture besides yield. When it comes to metrics for success, Milton says he would ask: Is your soil getting better or worse? Is your landscape getting healthier? Are you supporting more or less wildlife? Are you, in fact, having more or less ranchers on the landscape? Are you having fun?”

The ultimate benchmark for agriculture is, says Milton: “How much have we increased the public trust in our businesses?”