Ed. note: This article was originally published in La Jornada in Spanish and Voices for Mother Earth in English, and is reposted here with permission of the author.

Sept. 8, 2016, was a tragic day. At a massive event on that day, Enrique Peña Nieto, president of the country, dramatically announced that he was a daily consumer of Coca~Cola. His words were celebrated with applause and laughter by businessmen and officials who listened to him; meanwhile, 6.4 million citizens were suffering from diabetes, seven out of 10 suffered from obesity or overweight, and the country led the world in childhood obesity. Those were times of brazenness and cynicism.

Today that date stands in stark contrast with two others. On October 1, 2020, the labeling of industrialized foods began to alert consumers, and on December 31 of the same year the Presidential Decree was published that prohibits the planting of transgenic [GM] corn and establishes the gradual withdrawal of glyphosate, the world’s most dangerous pesticide. 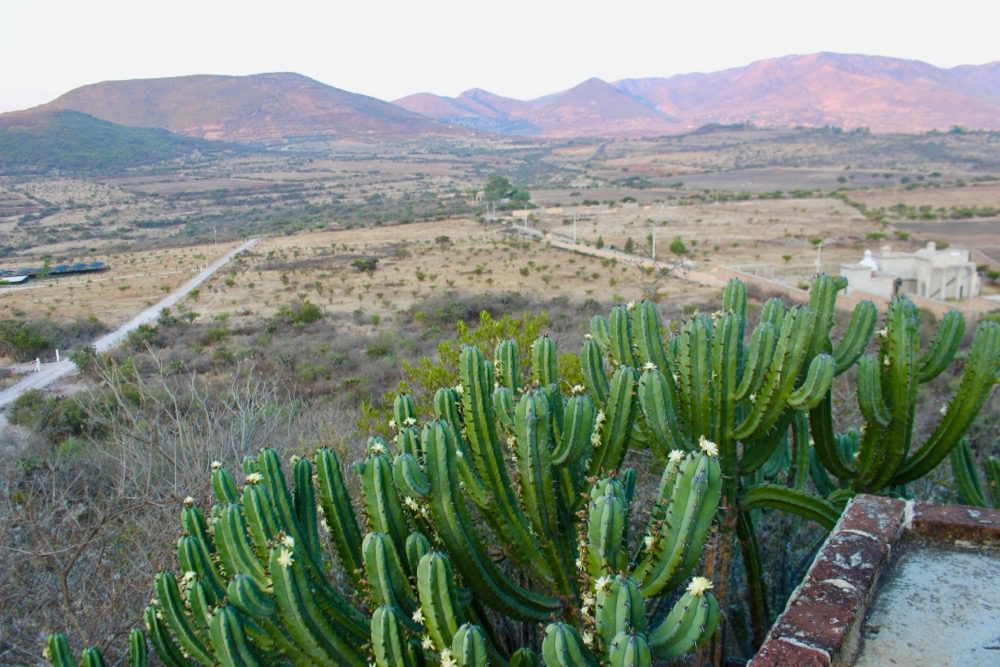 Garambullo, a cactus that bears a fruit like a blueberry, is one of the endemic species that are being propagated at Via Orgánica near San Miguel de Allende as part of its project of regenerative agroecology.  (Tracy L. Barnett photo)

Both measures were challenged by agribusiness corporations, organizations of large producers and companies in the United States, and immediately defended by some 150 campesino*, social, academic and research organizations (See Pronouncement, March 26, 2021: Mexico | National Campaign In Defense of Food Sovereignty and Recovery of the Mexican Countryside | Spanish original: https://cutt.ly/jvIrt3s).

Both actions stem from the Intersecretarial Group on Health, Food, Environment and Competitiveness (GISAMAC), comprised of five secretariats of the current government and CONACYT [National Council of Science and Technology], which seeks to reverse neoliberal policies on these issues (See Mexico’s New Food System by Gabriela Rodríguez, General Secretary of the National Population Council, La Jornada, April 9, 2021; Spanish original https://cutt.ly/BvIrkYZ). 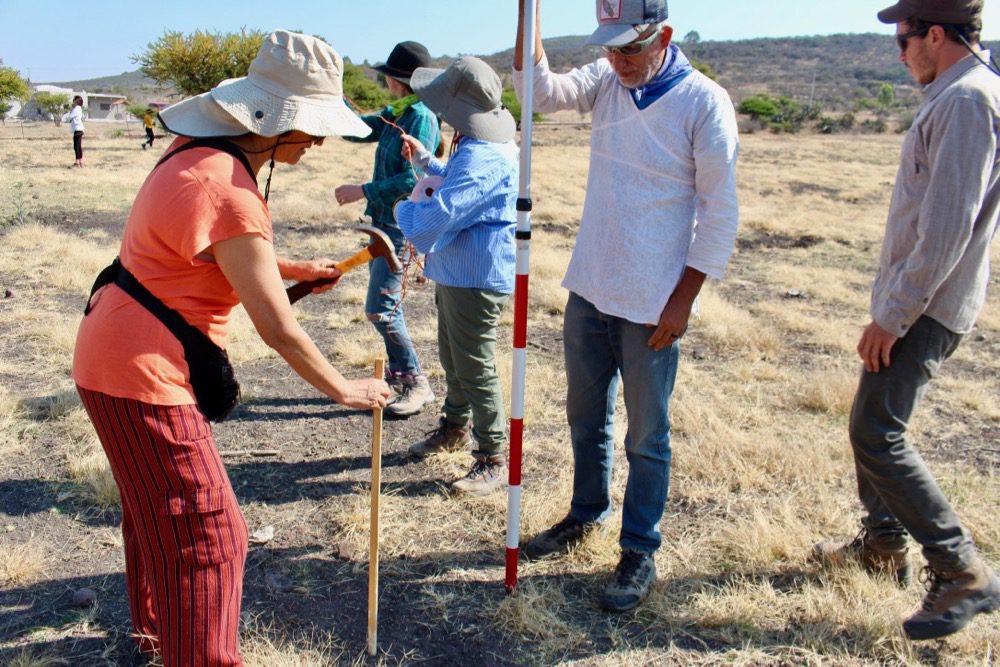 Beatriz Arjona of Colombia marks a point along a keyline contour under the guidance of Gerardo Ruiz (right) at the Ecosystem Restoration Camp at Vía Orgánica. Keyline design is a regenerative agriculture technique for water and soil retention. (Tracy L. Barnett photo)

Deep down, GISAMAC is guided, justified and supported by a science: Agroecology.

Agroecology, which began almost three decades ago as a simple technical innovation to provide an alternative to industrial systems for producing healthy food without bad habits, is today a powerful social movement that brings together millions of producers, equitable and organic market networks, responsible consumers, scientists, artists, chefs and intellectuals.

Prominent in the countries of Latin America and especially in Cuba, Brazil and Mexico, agroecology has in turn sparked an explosion of projects, careers, congresses, courses, diplomas, markets, organizations and publications of all kinds, and it has been adopted by emancipatory movements such as Via Campesina | Campesina Path (200 million members), the Movimiento Sin Tierra de Brazil | Movement Without Land of Brazil, the Campesino a Campesino Movimiento | Campesino to Campesino Movement of Central America, and the Plan de Ayala Siglo XXI Movement of Mexico. 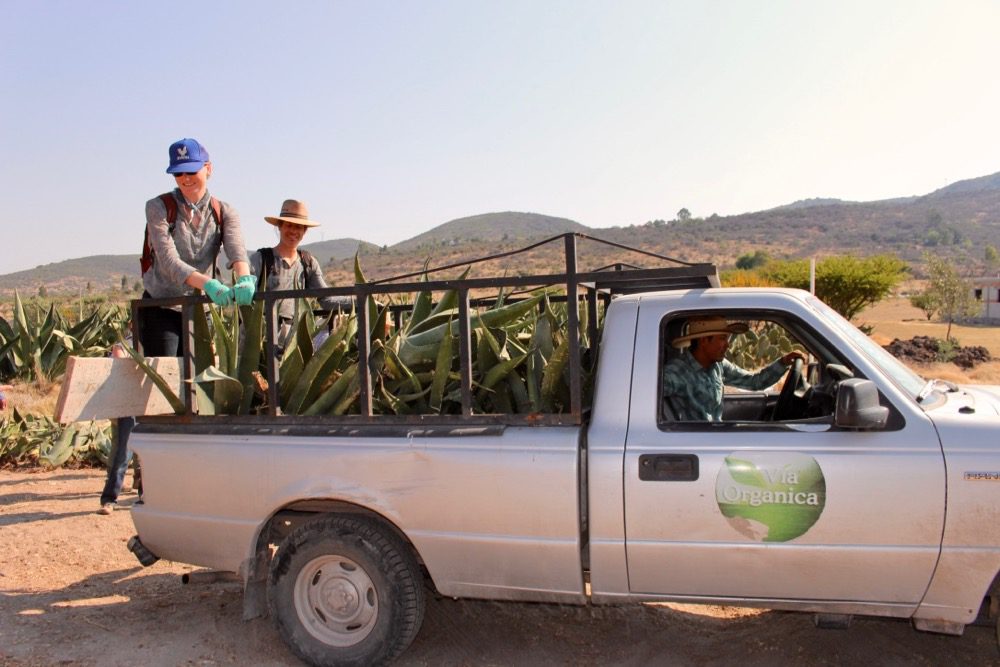 Volunteers at Via Orgánica prepare to plant a field of large magueyes – a type of agave used to make mezcal – in an agroecology project using the keyline technique to slow and direct the flow of rainwater while providing another source of income to the farmer. (Tracy L. Barnett photo)

Agroecology has arrived at Mexico’s 4T government. It has arrived not as an explicit and coherent State policy, but rather as a set of actions that get better as they are articulated and consolidated. A survey notes five fields:

> The first is the Agricultura para el Bienestar [Agriculture for Wellbeing] program, under the SADER [Secretariat of Agriculture, Livestock, Rural Development, Fish and Food], which reaches 2.8 million small producers of grains, coffee, sugar cane, cocoa, amaranth and honey. Its technical program has included more than 30,000 producers, and some 7,000 young people have been trained as agroecological technicians.

> The second is Sembrando Vida [Sowing Life], which has reached 430,000 small producers who are developing agroforestry systems (milpa, interspersed with trees) on one million hectares, where once again agroecological principles guide the action of 17,200 Campesino Learning Communities (CAC). Here, producers assisted by 4,300 technicians and 51,600 young scholarship holders have built 13,700 community nurseries, which they organized into cooperatives and networks.

> The third is in the field of education. Outstanding is the Benito Juárez university system, where at least half of its 140 campuses (with 28,000 students) offer degrees in agriculture and sustainability. In parallel, agroecology is taught in the sustainable development programs at the Intercultural Universities. It is also a diploma for 800 students of the country’s rural normal schools, which have integrated agroecology as a key issue.

> The fourth refers to science and technology. In this case, CONACYT identifies food sovereignty as a National Strategic Program. It prepared the scientific file for the December 31 presidential decree [mentioned earlier], and set up six projects for farmwork without pesticides, which includes 200 scholarships.

> The last one is cultural, with the design and construction of Cencalli: Casa del Maíz y Cultura Alimentaria (House of Corn and Food Culture) in the Bosque de Chapultepec in Mexico City, which will raise awareness among Mexicans about corn’s cultural, historical, nutritional, gastronomic and agroecological importance. 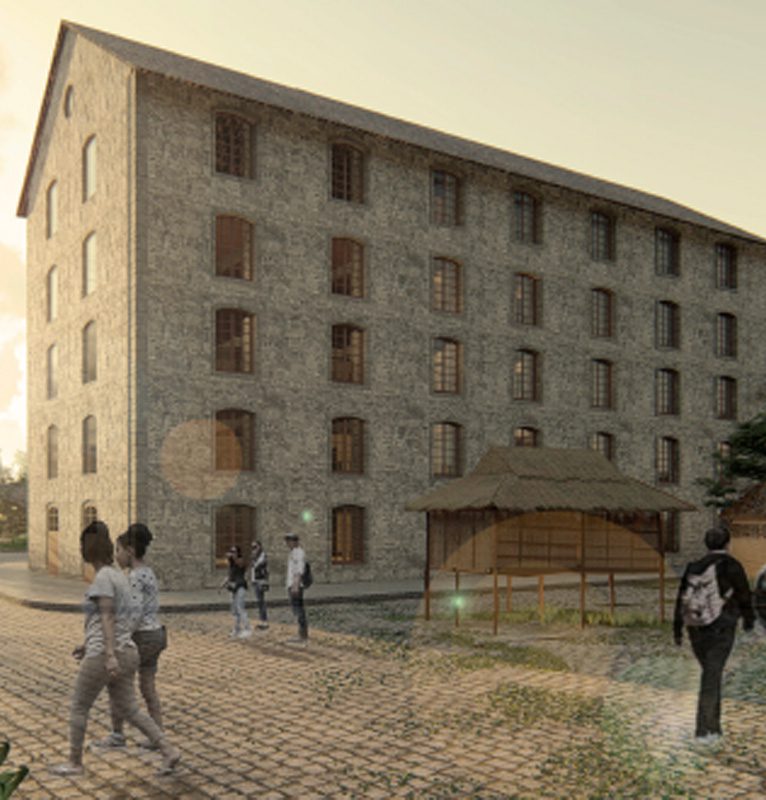 Cencalli: The House of Corn and Food Culture will be a new culture center dedicated to raising awareness about corn’s cultural, historical, nutritional, gastronomic and agroecological importance. Photo: Mexican Secretary of Culture

Finally, it should be noted that based on an agreement between the FAO [UN Food and Agriculture Organization] and SEMARNAT, a select team of researchers is designing a strategic plan for agroecology on a national scale.

Taken together, the merging of these actions will place the country in the vanguard, recovering food sovereignty, empowering families, communities and ejidos [lands granted by the government at the end of the Mexican Revolution, 1910-1917; traditionally, the lands were collectively owned and worked cooperatively], relaunching the agroecological tradition of Mesoamerican cultures, and providing Mexicans with healthy and nutritious food.

Translator’s notes:
*  A campesino is a person linked to the countryside (el campo) where crops are grown.
** “Agroecology is a transformative approach that can galvanize a just transition away from a destructive conventional agriculture and food system to one that builds agricultural resilience, rebuilds ecosystems, supports localized, fair [equitable] food systems and strengthens local communities. It is an innovative process that seeks to produce significant amounts of food by maintaining and enhancing biological and ecological processes through practices that minimize the use of external inputs, recycle nutrients, build healthy, fertile soils and conserve moisture in the agroecosystem.”  Source: Agroecology | Key to Agricultural Resilience and Ecosystem Recovery, Institute for Agriculture and Trade Policy, June 16, 2019. 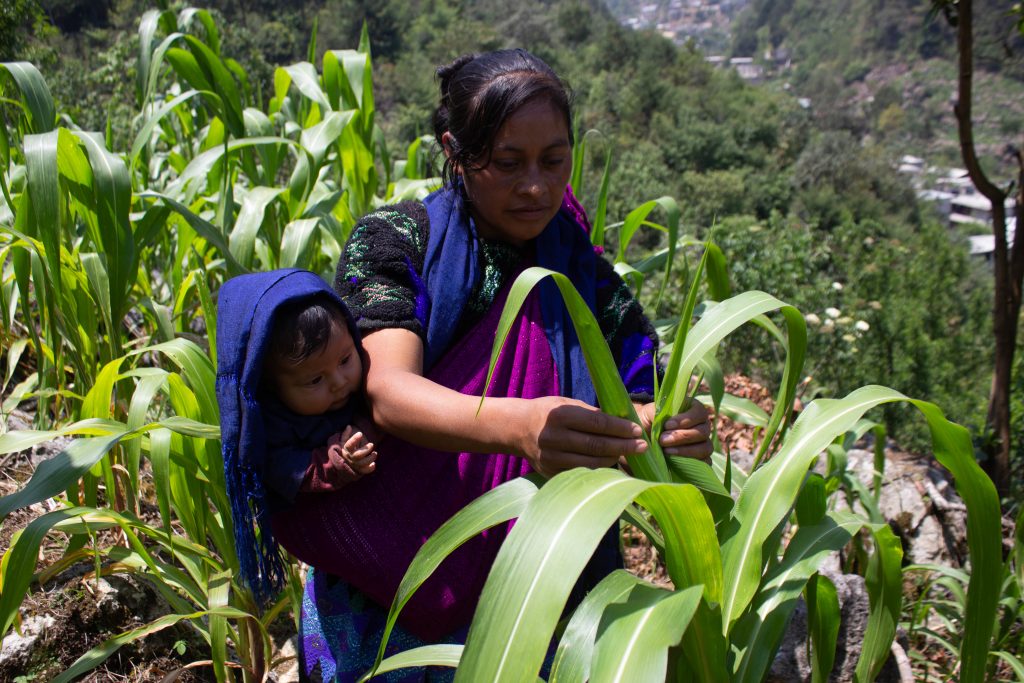 A woman in Chiapas works in her milpa, her baby observing from the safe embrace of her rebozo. (Photo: Slowfood.com)

Carey Gillam, research director for US Right to Know, gained access to emails exchanged between Bayer AG (owner of Monsanto’s Roundup), CropLife (lobbying group funded by Bayer), the US Trade Representative (USTR) for Mexico, and the EPA over a period of 18 months [mid-2019 through 2020]. Gillam’s analysis opens a window on how the agrochemicals industry used government officials to achieve its business goals.

In November 2018, the UN Food and Agriculture Organization [FAO] convened the “International Symposium on Agricultural Innovation for Family Farmers”. The following article describes key components of agroecology and lays out the core issues in the ongoing debate; hence, the article remains relevant.