There are signs Oxford University is slowly “getting it” when it comes to climate change. Last year, it committed to selling its multimillion-pound investments in oil and gas companies, after years of student campaigning, and more recently it launched an ambitious Sustainability Strategy.

But a 12-month-long investigation we’ve just published shows how much deeper the ties between the oldest university in the English-speaking world and the industry run.

We knew departments in our university took money from fossil fuel companies, but we were shocked by the sheer scale: since 2015, Oxford has received over £8.2 million in research grants and £3.7 million in donations from the sector. And numerous academics hold positions within the industry at the same time as teaching and conducting research at the university.

The fossil fuel industry is the greatest contributor to climate change, and whatever companies might tell you, their efforts to transition to low-carbon alternatives are small.

Climate change disproportionately affects marginalised communities in the Global South, while oil and gas companies have a history of human rights abuses. BP works with the Indonesian government to extract profit from West Papuan land, where 500,000 West Papuans have been killed since 1963. Meanwhile, Shell is responsible for the spill of over two million barrels of oil in Ogoniland, Nigeria, contaminating soils and aquatic systems which have led to food insecurity, poverty, and health complications.

We are disappointed that our university, an influential institution with a moral obligation to lead by example, is so deeply involved in this industry and hope our report will act as a wake-up call, setting an agenda for change. However impressive its sustainability credentials are, Oxford cannot achieve climate justice while retaining these links.

If the findings of our research weren’t bad enough, we were also disturbed by how secretive the university is about its fossil fuel ties and how obstructive it was towards our investigation.

Lots of the data featured in our report is in the public domain, but college and department websites often contain minimal information about donations and funding, sometimes only acknowledging the funder with a logo.

Incredibly, we found the fossil fuel companies themselves were generally more transparent about their research funding and donations than a public university.

Many of the report’s key statistics were acquired through Freedom of Information (FOI)  requests, which should be answered within 20 working days. But the university’s Information Compliance Team (ICT) frequently missed this deadline, with one request sent in June last year only fully addressed seven months later. 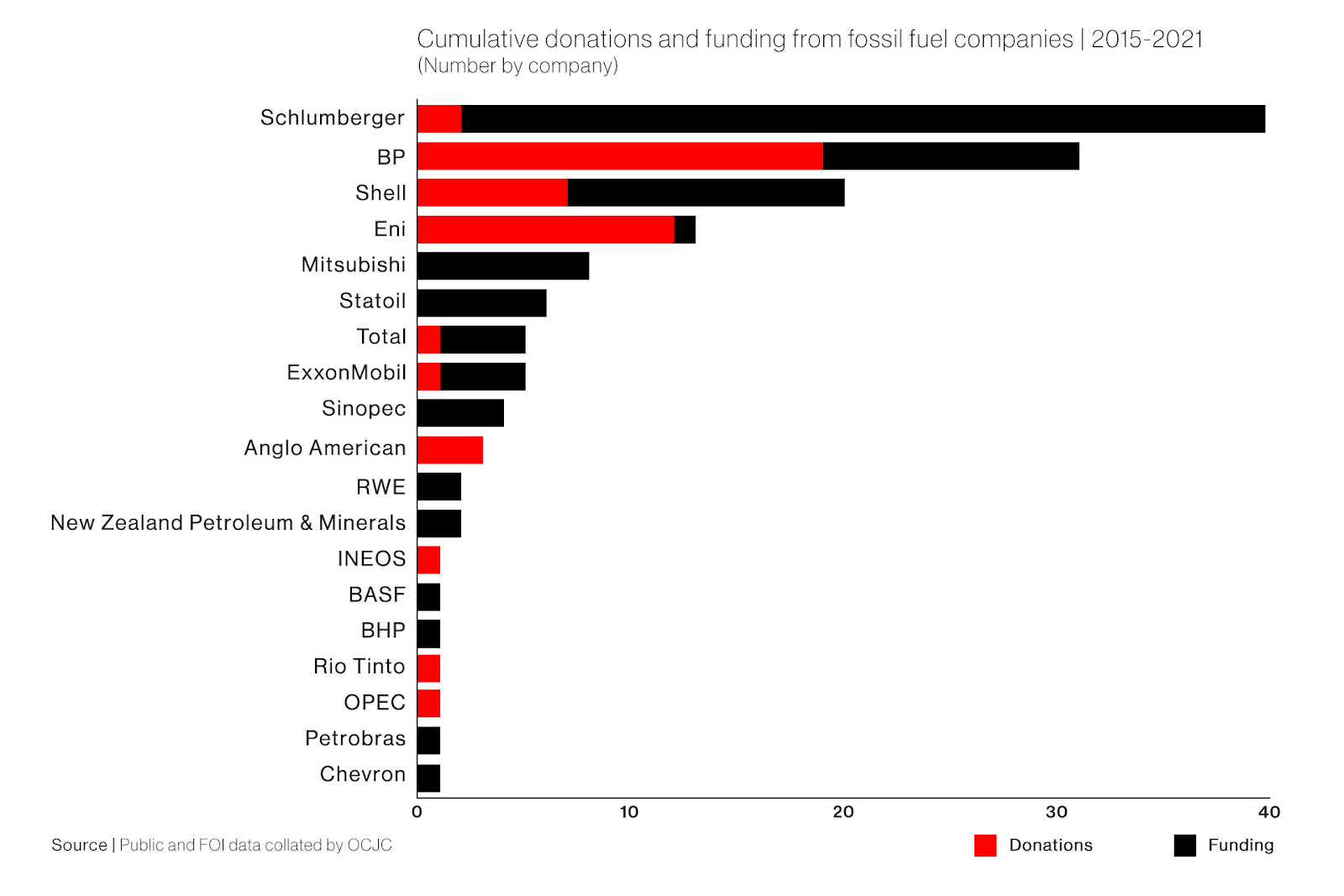 The ICT generally provided the bare minimum of information, and more was only obtained after we requested internal reviews. At times, we received incomplete or inconsistent information. In one FOI response, for instance, we were only told that a company had provided funding every year since 2015 when we highlighted inconsistencies in previous responses. These conflicting communications make us wonder whether more information is still hidden.

We also sent FOI requests to several departments. Most never responded. The Oxford Institute for Energy Studies, an independent research centre within the university with by far the most financial and staff connections to fossil fuel companies, refused to respond, arguing they are “not a public authority but a registered charity and company limited by guarantee” and therefore not subject to FOI laws.

For an institution of learning, the university’s caginess about its financial ties comes across as deeply cynical. The ICT claimed disclosing information in full would “prejudice” its commercial interests and undermine relationships with funders, making it more difficult to raise research funding in future. But its lifelong rival Cambridge manages to release detailed information publicly every year about how their research is funded, so why can’t Oxford?

Beneath Oxford’s creaking bureaucracy, there is a worrying implication: commercial interests are being prioritised over transparency, accountability, and sustainability. It looks like the university is fully aware of the controversial and unethical nature of these connections, and has decided as a result to conceal as much about them as possible.

It’s time for Oxford and its constituent colleges to sever these ties as soon as practically possible, by no longer accepting money from fossil fuel companies and eliminating all other existing ties, including investments by colleges. 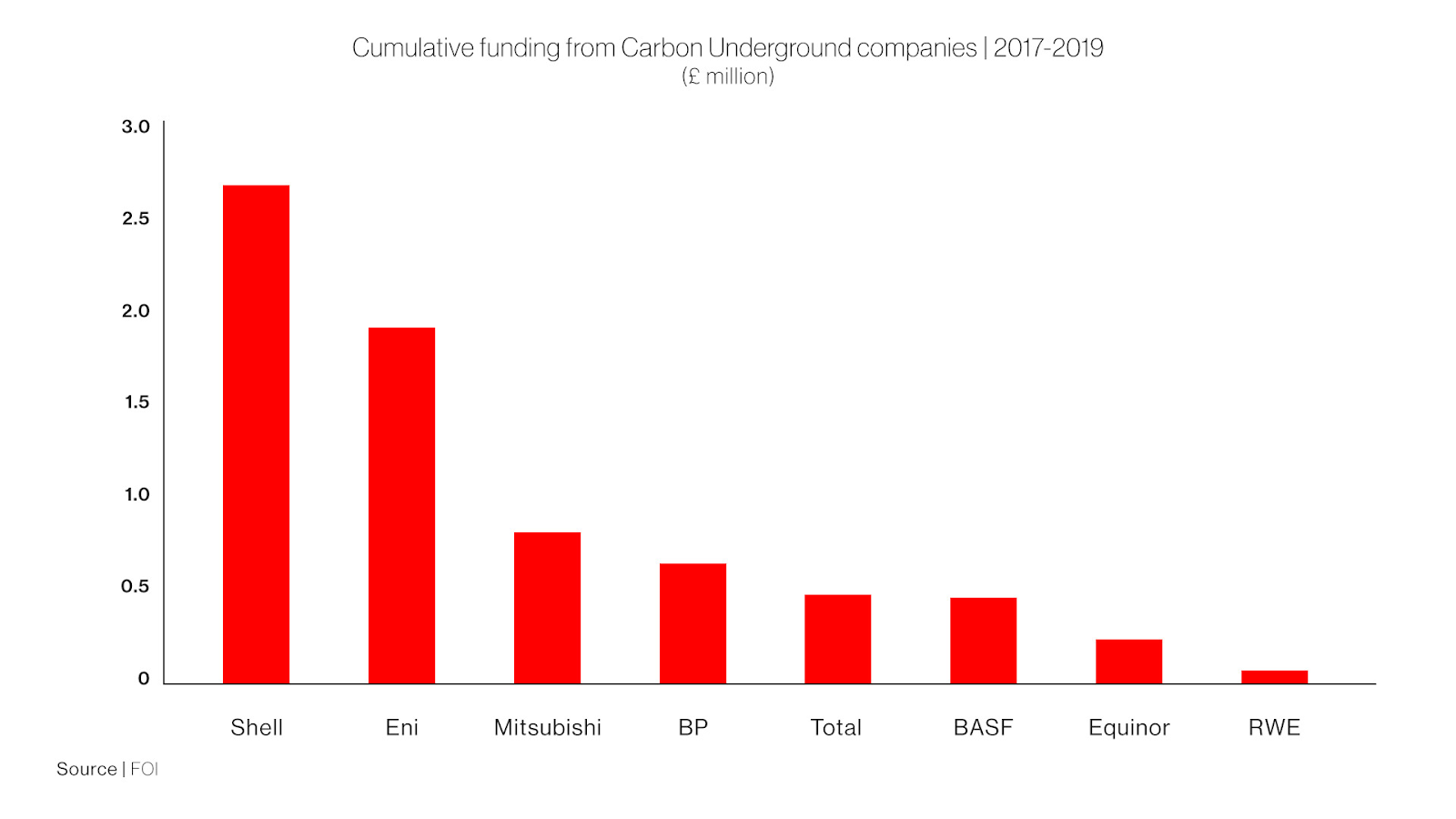 As current students and alumni, we find it shameful that the university still brandishes the names of fossil fuel companies on its buildings and in academic positions. We want to see climate justice and sustainability integrated with anti-racism policy throughout the university, recognising the disproportionate effects of climate change on marginalised communities.

Reform is also needed at the Oxford Careers Service, which should no longer advertise fossil fuel industry jobs, mirroring its policy for tobacco company posts. The university’s Committee to Review Donations and Research Funding should adopt a robust ethical policy and provide greater transparency.

Oxford must end all support for extractive research in the fossil fuel sector and prohibit academics from holding positions simultaneously in the industry.

Until it stops working with fossil fuel companies, the university will continue to exacerbate the climate crisis and global injustices. There can be no more chances for these companies: maintaining ties with them is negligent, greedy, and hypocritical.

The Oxford Climate Justice Campaign is a student activist group calling for Oxford University to end its links with fossil fuel companies. It has launched a petition based on this report.