In early 2020, as millions went into lockdown to prevent the spread of COVID-19, the environment experienced temporary relief from the impacts of human activity. As skies cleared and birds and animals claimed city spaces, it became apparent that the young people who had mobilized for the climate across the world in 2019 were right: Much environmental damage is the result of human action, and as such, can also be reversed through human initiative.

The experience of 2020 has made clear that whether the threat is climate change or a pandemic, humanity won’t survive its challenges unless people act collectively on the basis of scientific consensus.

Before the pandemic hit, the climate emergency had made headlines and had become part of everyday conversation. It all started when one determined young girl, then 15 years old, walked out of school and staged a solo protest outside her country’s parliament. But it wasn’t a solo protest for long, because hundreds of thousands of young people quickly took up the initiative.

Driven by inspiration rather than imitation, young people throughout the Global South organized their own local climate actions, feeding into the global climate movement. They used this global platform to draw attention to—and infuse new energy into—long-standing, under-acknowledged Indigenous movements defending land, water, and air against extractive industries and agribusiness.

In Ghana, Perk Pomeyie of the Ghana Youth Environmental Movement used graphic design and social media to mobilize young people around #FridaysforFuture and #SchoolClimateStrike. He also collaborated with the International Youth Climate Movement in the region to mobilize during the United Nations’ Africa Climate Week in Accra in March 2019. “As a grassroots activist in Ghana, this was the first time I gained a strong personal conviction that my work in the little corner of my community has a potential to cause change at the top, if supported with the right tools, capacity, and resources,” he explained. 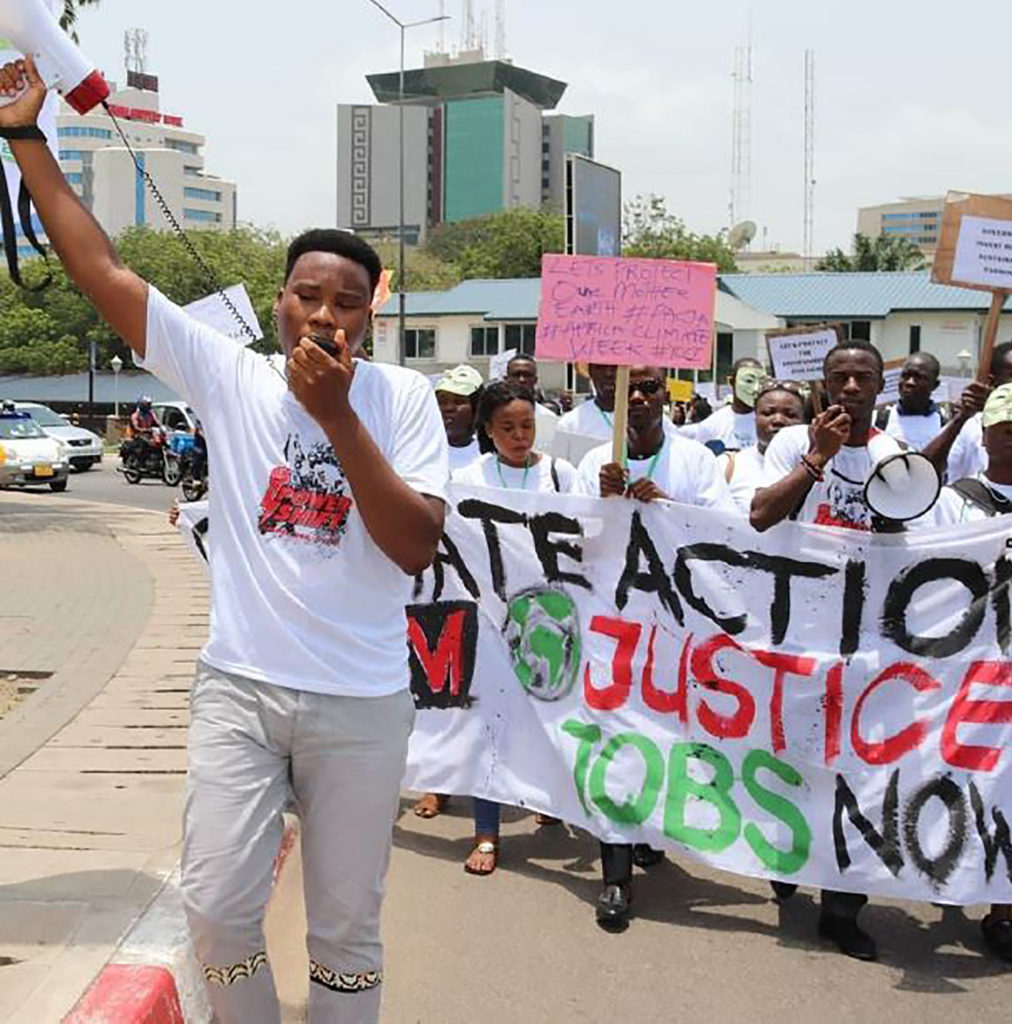 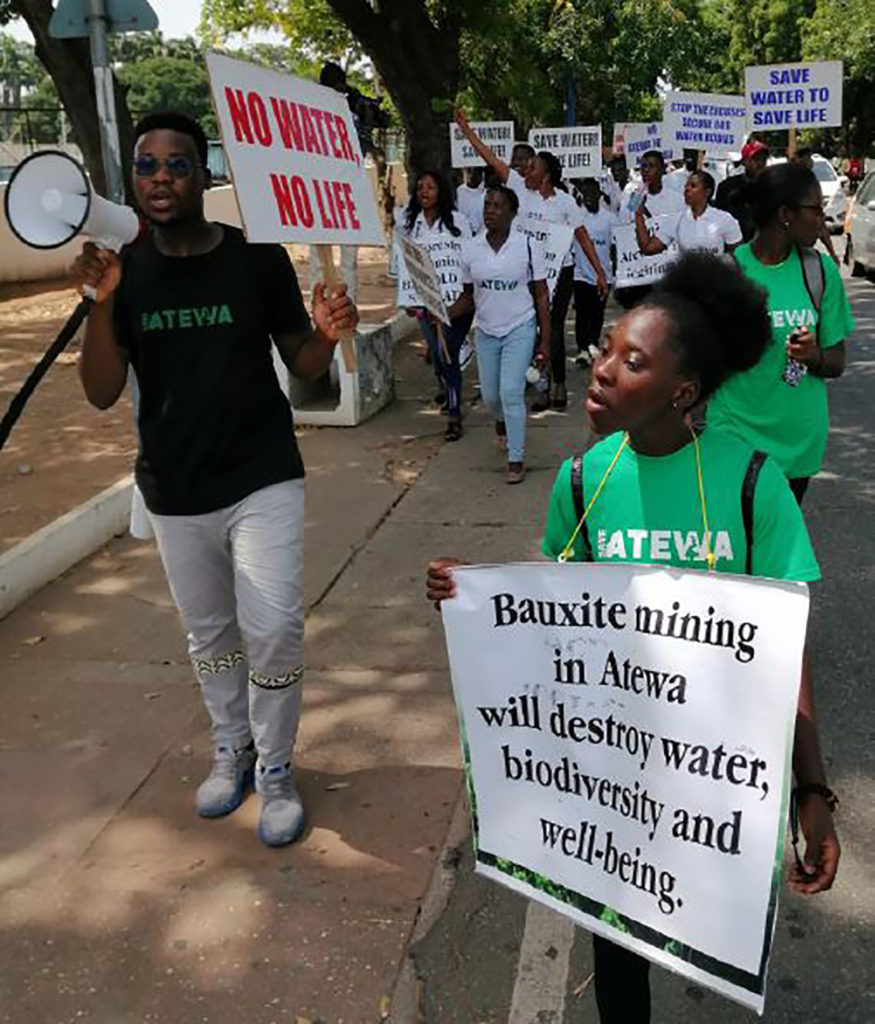 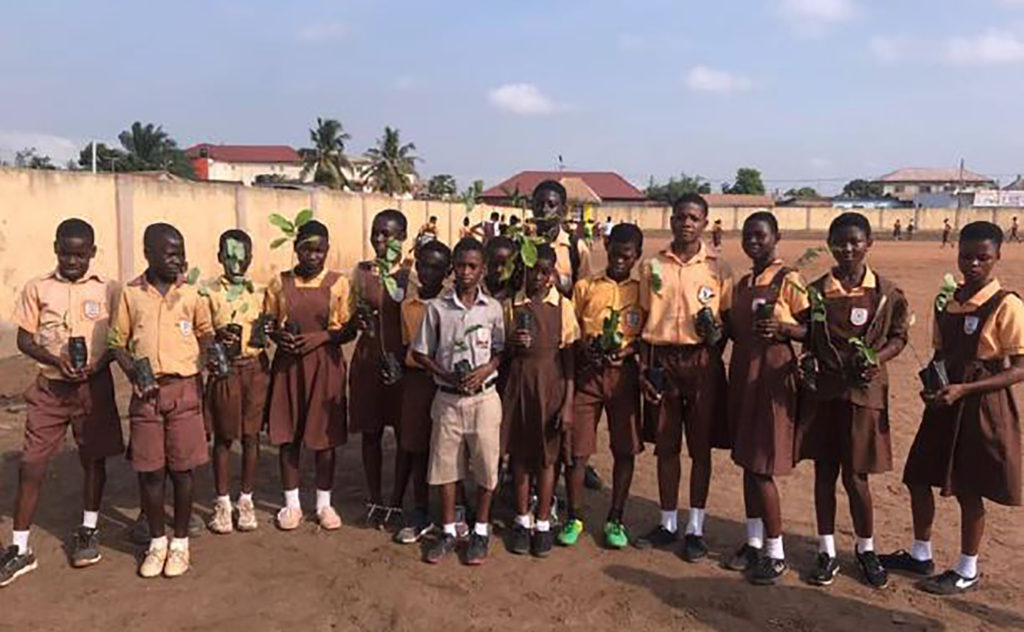 Across the Global South, activists have adapted their tactics to their local situations, all while shaking off delegitimization attempts that characterised the climate movement as driven by privileged people from the Global North.

“Although it is a very progressive thing to hold strikes in Global North countries, in a country like Sudan, going to school is a privilege for a lot of students. It doesn’t make any sense for people to strike from a school they got into after a huge struggle,” said Nisreen Al Sayeem, of the Sudan Youth Organization on Climate Change and Youth and Environment. “Young people in Sudan are taking three different paths for climate action: policy, activism—including advocacy, campaigning, and work in civil society organizations—and community-based work.”

The latest State of Civil Society Report from CIVICUS, the global civil society alliance, puts the spotlight on this rising generation of young climate leaders, who are giving fresh impetus to persistent struggles in countries including Colombia, Ghana, and Sudan. They may not have received the same media attention as Greta Thunberg, but these youth activists are every bit as committed, engaged, and important.

In their collective undertaking, these climate leaders have cast aside stereotypes of young people as impulsive and immature. They have come to embody the voice of reason by embracing science, encouraging evidence-based decision-making, and challenging disinformation. They are offering a lesson to their governments on what it means to act responsibly. 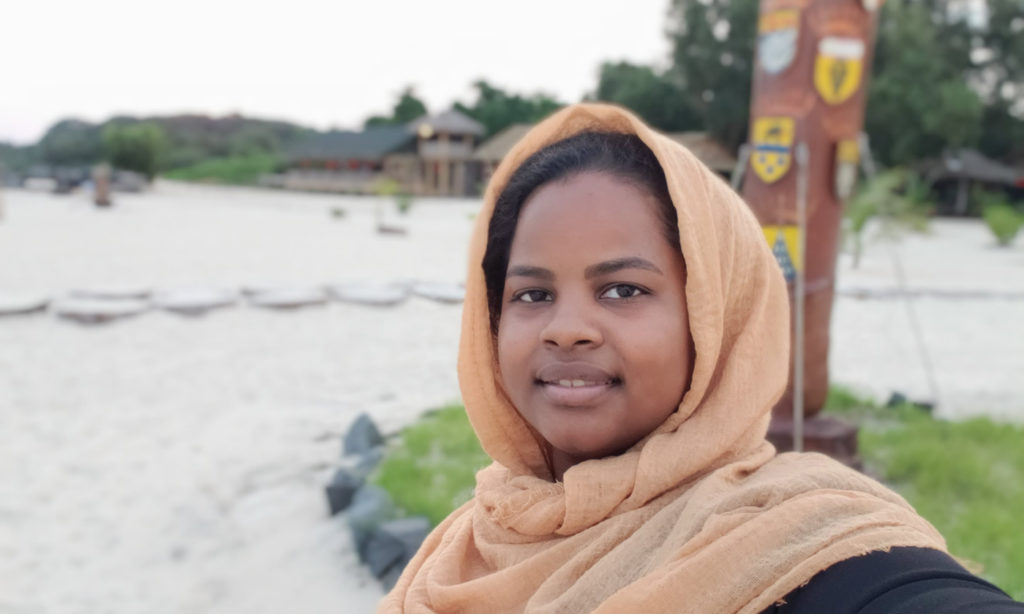 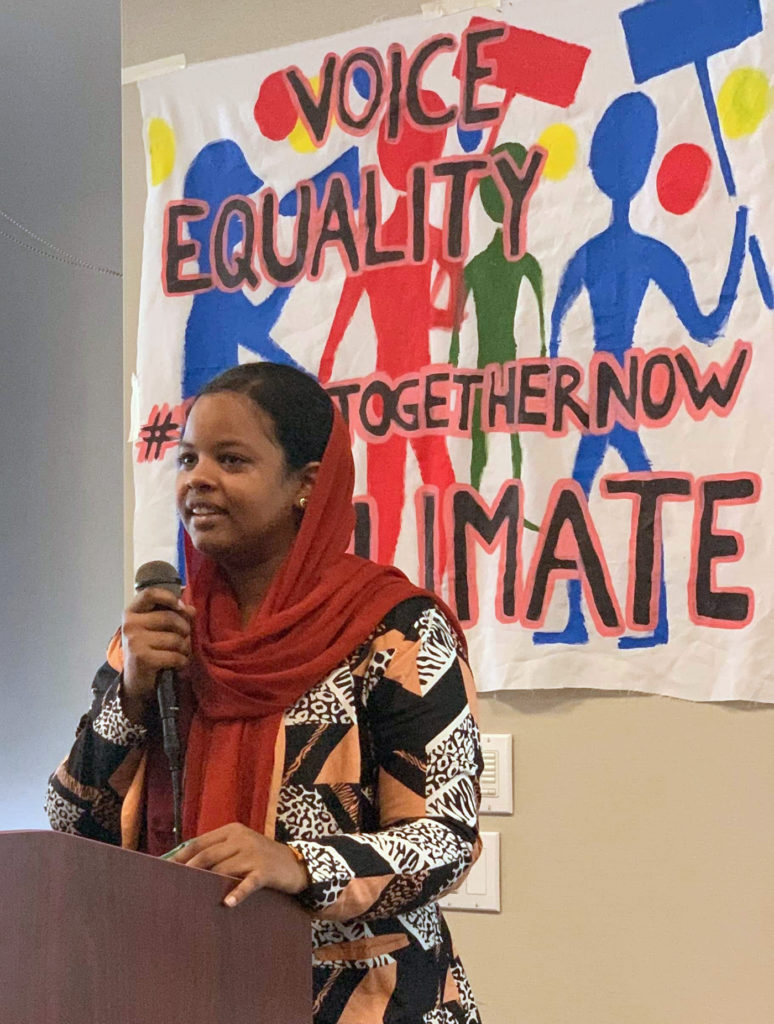 Young people face considerable risks when they take action in countries where civic and democratic freedoms aren’t widely respected, and where environmental, Indigenous, and land rights activists have long experienced violent and even lethal repression. One young environmental activist from Colombia vividly described the dangers he faces daily in a country where “people live in a state of incredible anxiety due to the systematic murders of social and environmental leaders,” leaving them “afraid to speak, organize, and protest.” Demonstrating how dangerous climate activism can be, he asked not to be named for security reasons.

One way in which young climate leaders try to mitigate such dangers is by building alliances that may offer safety in numbers, and by connecting their domestic struggles to global climate concerns. In Colombia, major domestic issues are deforestation and population displacement, linked to the troubled implementation of the 2016 peace agreement with the FARC guerrillas, which sought to put an end to a half-century-long armed conflict. 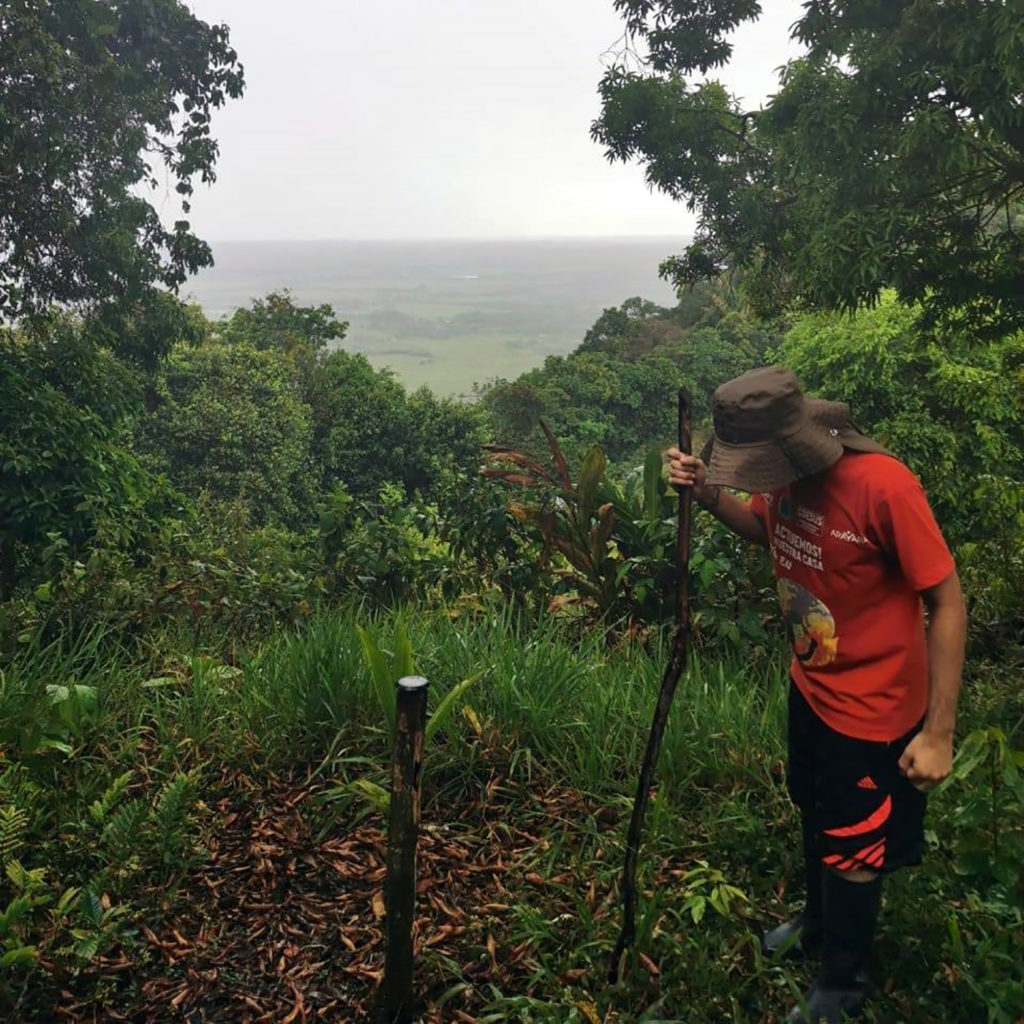 Climate activism in Colombia received a boost during the mass anti-government protests that erupted in November 2019, as climate activists encouraged protesters to embrace environmental demands. “In a country where people are afraid to speak,” said the Colombian activist, the fact that millions took to the streets in what was considered the largest mobilization in several decades was “a unique opportunity” for the climate movement to push its agenda. “We may not be able to mobilize people specifically around climate, but we can take advantage of these mass mobilizations and put our issues out there … so that they understand that our issues also concern them and they start mobilizing for them as well.”

Climate activism happens simultaneously at all levels, connecting the local to the global—from the streets of Bogotá and Manila to the sites of environmental damage in Bangladesh and Nepal, to high-level international forums such as the United Nations. In country after country, climate activists operate within institutional systems, and employ disruption tactics when necessary and possible, to communicate their message: The climate is in crisis, and going back to business as usual after the pandemic is not acceptable. 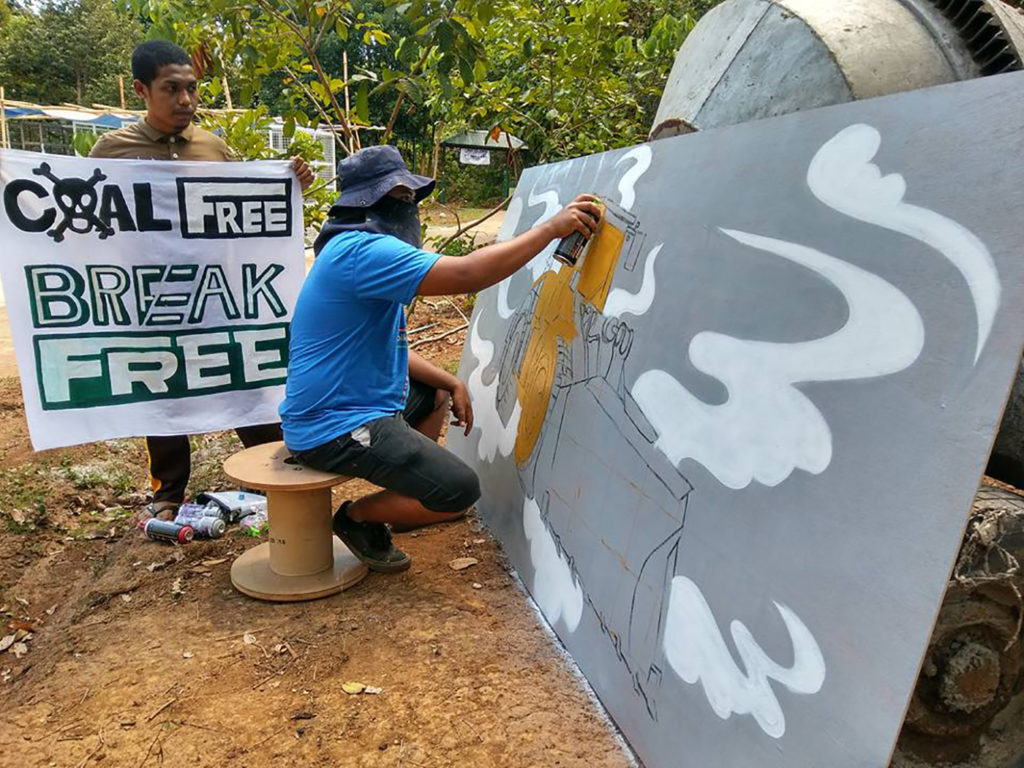 The climate movement has suspended street action because of COVID-19, but activism continues online. The movement has already succeeded in turning a political nonissue into an urgent agenda item. Now the pressure is on to promote a green recovery from the pandemic, countering the existing inertia to pursue a carbon-fueled dash for growth.

When it comes to the key decisions that will shape human lives in the post-pandemic world, this new generation of activists will continue to pressure decision-makers into giving them a future worth fighting for.