“No economic interest, under no circumstance, can be above the reverence of life.” – Manfred Max-Neef, Chilean economist, 1932 -2019

A national conversation has begun which is alarming, yet also familiar. It talks about costs and trade-offs, losses and accounts. It is a conversation about human lives framed in the language of economics.

A recent study by Philip Thomas, professor of risk management at Bristol University, suggests that ‘If the coronavirus lockdown leads to a fall in GDP of more than 6.4 per cent more years of life will be lost due to recession than will be gained through beating the virus’.

Research like this presents us with a terrible dilemma, even leading some people to wonder whether the trade-off for trying to save elderly and vulnerable lives is really worth it, when it would cripple the economy for decades.

In their book ‘For the Common Good’ economist Herman Daly and theologian John Cobb, Jr explain the difference between the practice of economics (from the Greek word oikonomia ‘the management of the household so as to increase its use value to all members over the long term’) and chrematistics (from khrema, meaning money and referring to ‘the branch of political economy relating to the manipulation of property and wealth so as to maximize short-term monetary exchange value to the owner’):

“Oikonomia differs from chrematistics in three ways. First, it takes the long-run rather than the short-run view. Second, it considers costs and benefits to the whole community, not just to the parties to the transaction. Third, it focuses on concrete use value and the limited accumulation thereof, rather than on an abstract exchange value and its impetus towards unlimited accumulation…. For oikonomia, there is such a thing as enough. For chrematistics, more is always better… “

In this definition of economics financial wealth does not trump the wellbeing of the community, as it is distinct from the actions a society must undertake to look after its members. The threat to our livelihoods that a fall in GDP represents is due to a conflation of economics with chrematistics.

If for a moment we were to prise them apart we would see a different picture.

Whereas the lockdown has caused a drop in GDP growth (chrematistics) with the threat of recession and likely hardship for many people, apart from restricting our movements, it generally does not make us less able. It will mean many of us will not have access to society’s current means of exchange (money), but it does not represent a loss of ability, talent and willingness to contribute in the population at large.

In fact, despite the fear and anxiety generated by the crisis, what we are witnessing is a phenomenal upsurge in generosity and creativity as people pull together to support each other with whatever they have. We are collectively defying the popular economic notion of humans as selfish utility maximising individuals and mostly showing solidarity and kindness. In the process we are realising who the real wealth creators are. They are the frontline workers in the caring economy: the nurses and doctors, the shop assistants and delivery drivers, the shelf stackers, the cleaners, the 750.000 (and counting) volunteers that have come forward to help the NHS. Online, they are the people offering free education, performances, exercise classes, financial advice, museum tours, mental health support, the list just goes on.  Behind closed doors it is those managing the domestic life: the family members doing their best to keep their children and themselves healthy and happy and sane, the friends joining together at a distance via a multitude of platforms. 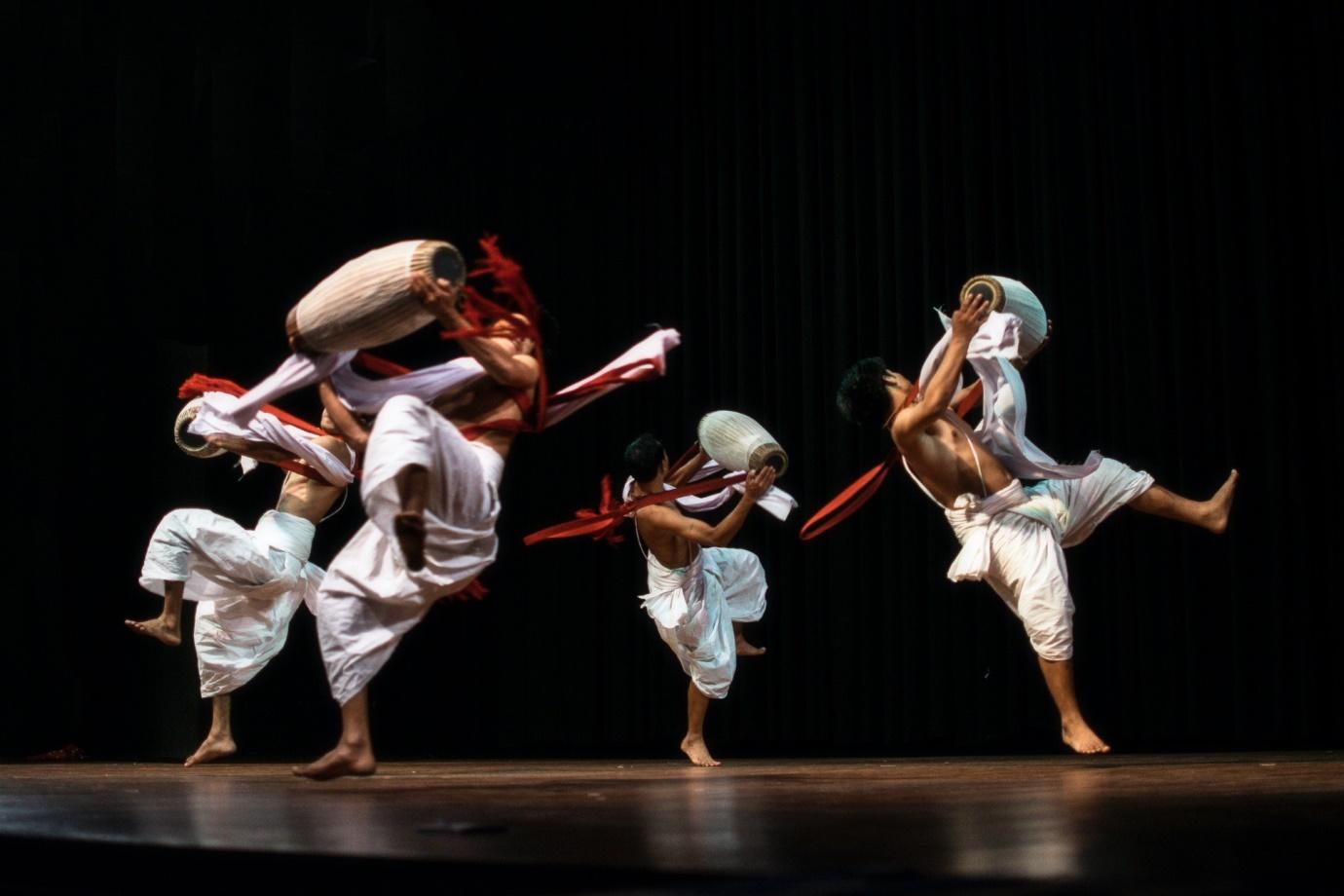 Artists are sharing their work online for free. Pic by Kosygin Leishangt

In this moment of crisis the fragilities of a globalised system have been exposed and it is ‘ordinary people’ and communities working together that are heading off socio-economic breakdown. They are demonstrating in the words of Naomi Klein in her book No is Not Enough, that ‘If the goal is to move from a society based on endless taking and depletion to one based on caretaking and renewal, then all of our relationships have to be grounded in those same principles of reciprocity and care —because our relationships with one another are our most valuable resource of all.’

The effects of Covid 19 will continue to place an unprecedented strain on societies that will require international cooperation, imagination and courage to overcome, but these efforts must not be geared towards returning to business as usual. Instead, we need to foreground the countless social and economic practices that have been developed over the last four decades by academics and practitioners dedicated to creating economic systems that serve all life on earth, and put in place mechanisms that reward people for generating real wealth and value.

After years of waiting in the wings Universal Basic Income (UBI) has now entered public discourse. Many pilots are underway, but the oldest ongoing experiment, The Alaska Dividend Fund, has shown no decrease in labour market participation and has ‘significantly mitigated poverty, especially among Alaska’s vulnerable rural Indigenous population.’

Currency experts such as Bernard Lietaer have shown that diversifying our exchange systems will make them more resilient to shocks in the global market and enable us to support social and ecological regeneration. The Human Scale Development framework developed in Latin America in the 1980s can help us evaluate whether what we are currently producing is actually meeting our real needs or pseudo satisfying manufactured wants. Together with Doughnut Economics and Steady State Economics such frameworks can help us steer a course that keeps our economic activity within the Earth’s limits. 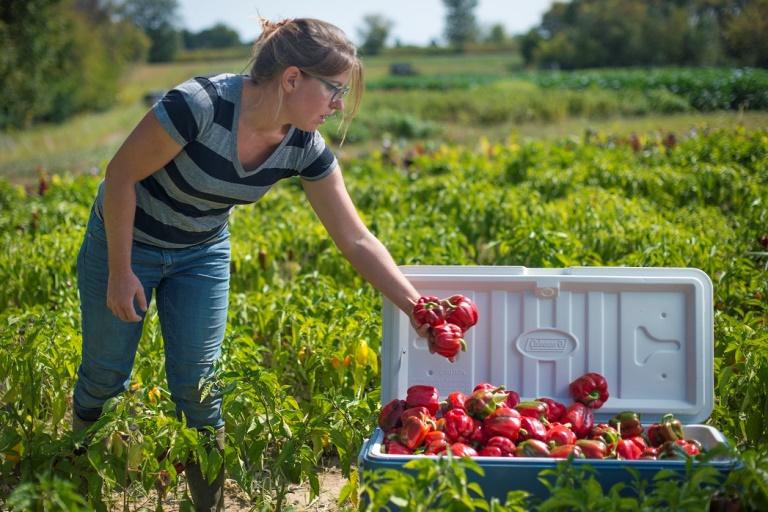 Vulnerable international food chains must now be replaced by regenerative local food systems. Building a vibrant food culture could simultaneously tackle obesity and youth unemployment, while ensuring future food security and restoring our soils. Land and property ownership must come under scrutiny and re-imagined to ensure food sovereignty, the regeneration of natural habitats and truly affordable and secure housing for all. The creation of worker cooperatives and support for local businesses have been shown to multiply local wealth and wellbeing, and will be needed to create more cohesive living and working communities.

In order to give people a say in shaping their lives and their communities, local authorities could introduce participatory budgeting, citizens’ assemblies and community charters.  Both nationally and internationally we must look at ways to abolish the crippling debt that is forcing people into unsafe work or destitution. We must also urgently start a discussion about the internet as a public utility. Work done by the P2P Foundation and the Institute for Local Self-Reliance can provide a guiding framework for sharing the wealth created by our communal efforts and make sure we all have access to its vital services.

The unintended social experiment precipitated by the virus presents a once-only window of opportunity to re-think our economic and social organisation in ways that can help us survive both the Corona epidemic and the greater threat of climate change that is now playing out. Instead of making people and planet fit around the numbers, it is time for numbers (financial mechanisms, exchange systems) to start fitting around people and planet.

GDP does not measure what we value most. This crisis must be an opportunity to challenge what we have allowed corporations around the world to do with the natural environment (conveniently referred to as resources) and people (labour) in the name of economic growth. Thatcher was wrong: there are alternatives. Many of us have been working on them for decades. We are ready to take our rightful place at the table to help us turn the corner into a possible and hopeful future.