People who directly depend on the natural world for their livelihoods, like farmers and fishers, will be among the greatest victims of the climate crisis. In vulnerable hotspots, such as the arid lands of Kenya and Ethiopia, farming communities are already struggling with droughts and water scarcity that kill their cattle and threaten their very survival. The glacial-fed river basins of the Himalayan mountains, or the deltas of Bangladesh, India and Ghana, are increasingly prone to floods, landslides and powerful cyclones.

As a result, men are often migrating further to keep their families going, looking for casual work in neighbouring towns or villages for a few days or weeks at a time, or to cities further away. Many try to return home when they can, with whatever they have earned. But during their absence, the entire burden of maintaining the family is on women. 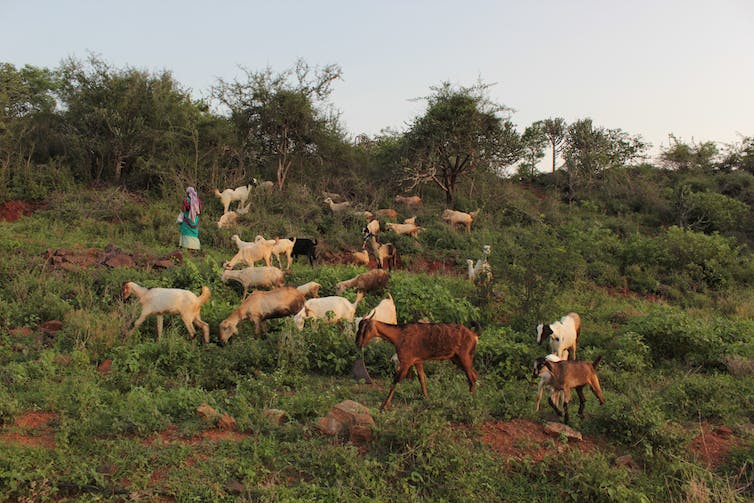 In a recent study, we found that extreme weather and unpredictable seasons disproportionately weaken the agency of women to find well paid work and rise above rigid gender roles, even when these appear to be bending after decades of reform and activism. Without support in the form of assured drinking water, energy, childcare or credit, women end up working harder and in poorer conditions for lower wages.

Women already in poverty are increasingly finding themselves in a vicious cycle of low productivity, indebtedness and food insecurity as crops and livestock fail, as we found particularly in semi-arid parts of Africa and India. Women in northern Kenya complained that they could no longer afford meat, so ate rice and potatoes instead, even when this wasn’t enough to satisfy their hunger.

As environmental stresses accumulate, community support networks break down. When people are displaced and have to settle elsewhere, men search for work and women are left behind at home, often in unfamiliar surroundings and lacking support from friends and relatives. But even if they do know people, with all the challenges of running the household in a strange environment, there is little time to help others. 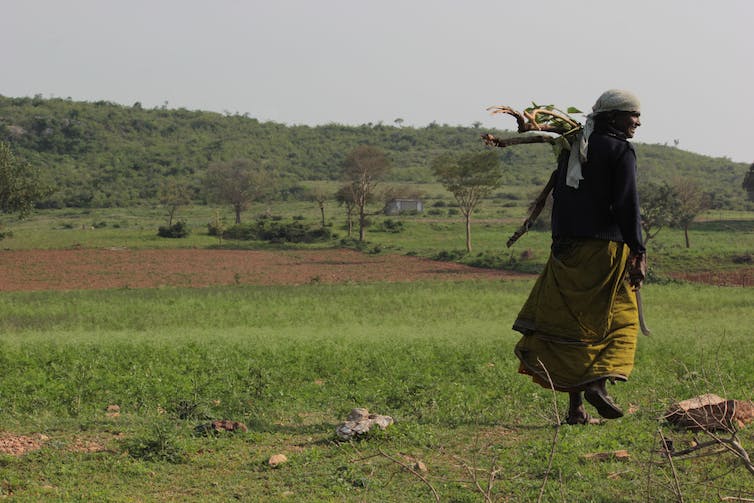 As men migrate to find work, women have to shoulder the burden of housework, farming and childcare. Prathigna Poonacha Author provided

With full responsibility for household chores, farming and caring for the children and elderly, women have less time to socialise or take part in community events, including meetings of the elected village government. If the state or charities can help, there’s often competition for securing those benefits. In Namibia, people tend to stick with their ethnic groups to guarantee access through collective effort, but this means that ethnic minorities in the region are often excluded.

In Mali, heavier burdens are placed on women who are young and less educated. In India or Pakistan, women belonging to a lower social class or marginal caste suffer the most. Gender relations differ in each place and according to each situation – they’re often too variable to emerge in broad national and global assessments. We tried to find a way to generalise our findings across 25 very diverse locations, in Asia and Africa, without losing the nuance of each woman’s experiences.

If much of the problem is structural, then short-term solutions like cyclone shelters or drought relief won’t address the underlying causes of poverty and precariousness. Social safety nets that can ensure the basic necessities of food and shelter are needed, like the public distribution system for cereals in India, or the pensions and social grants available in Namibia.

To ensure that the health of people in these places doesn’t irreversibly decline, women need to be supported with child and healthcare services, but also drinking water and cooking fuel. The role of community support is crucial during crises, but there’s little that women can do to help themselves without resources and skills. 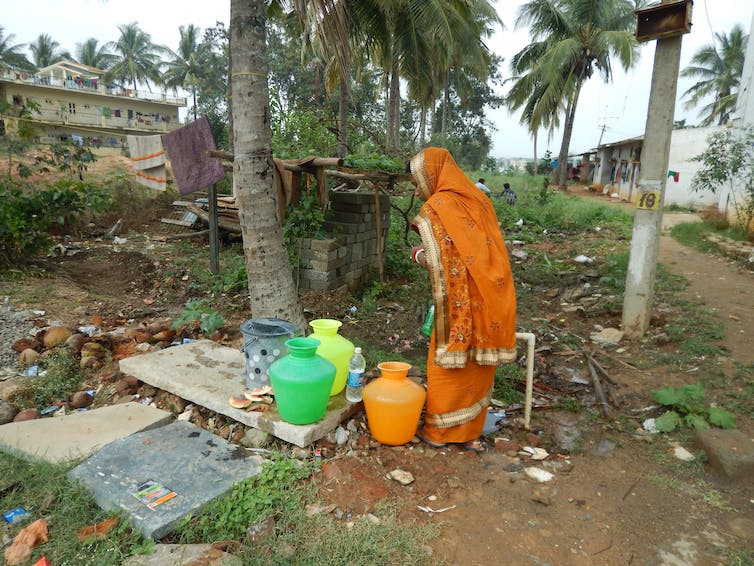 Competitive labour markets are also undervaluing the labour of poor women. Ensuring minimum wages and fair working conditions would help, but these are hard to implement across borders. As climate change causes traditional livelihoods to collapse, migrant men are similarly exploited by new employers. Deprived of adequate food and rest, many end up sick and spend their earnings on medical treatment.

Tackling the climate emergency and making sure these women and men live meaningful lives will take more than overcoming gender stereotypes. If given support, they can find creative solutions to the disruption that climate change has brought. But this support must mean the guarantee of universal access to food, shelter and basic services. At COP25 in Madrid, world leaders should help vulnerable communities to adapt to climate change with resources and solidarity, not warm words and rhetoric.