It was 1985 and privatization, deregulation and free trade were in the air. Canadian Prime Minister Brian Mulroney and President Ronald Reagan were negotiating a free trade deal — a precursor to NAFTA. Among the goods it would cover: “Water, including … mineral waters … ice and snow.”

That set off alarm bells for Canadian activist Maude Barlow, as she explains in her new book Whose Water Is It, Anyway? Taking Water Protection into Public Hands:

“I asked myself, Who owns water and who is making decisions about this precious resource? I had always assumed that water belongs to us all. But I was about to learn that the world was straining its water resources even then and that a number of private corporations and interests were moving in to take control of and profit from growing water scarcity.”

That year Barlow helped found the Council of Canadians, a nonprofit focused on democracy, trade and environmental issues, and jumped headlong into a global battle to protect public control of water resources — a fight in which she’s been a leading voice ever since.

Among her accomplishments, Barlow was instrumental in the United Nations’ decision to declare access to clean water a human right in 2010. She’s also received accolades for her efforts including the Right Livelihood Award and the Lannan Cultural Freedom Fellowship Award. She’s currently the honorary chair of the Council of Canadians, chair of the board of Food and Water Watch and a councilor with the Hamburg-based World Future Council.

In Whose Water Is It, Anyway? she writes not just about the hazards of water privatization but about proactive efforts that communities are taking to protect water resources, including the Blue Communities Project, which started in Canada in 2009 and has spread to cities, universities, unions and faith-based organizations around the world. Blue Communities commit to defending water as a human right, protecting water resources for the public trust and banning bottled water from municipal facilities and events.

We spoke to Barlow about the different forms that water privatization can take, the solutions offered by Blue Communities and our biggest water threat. 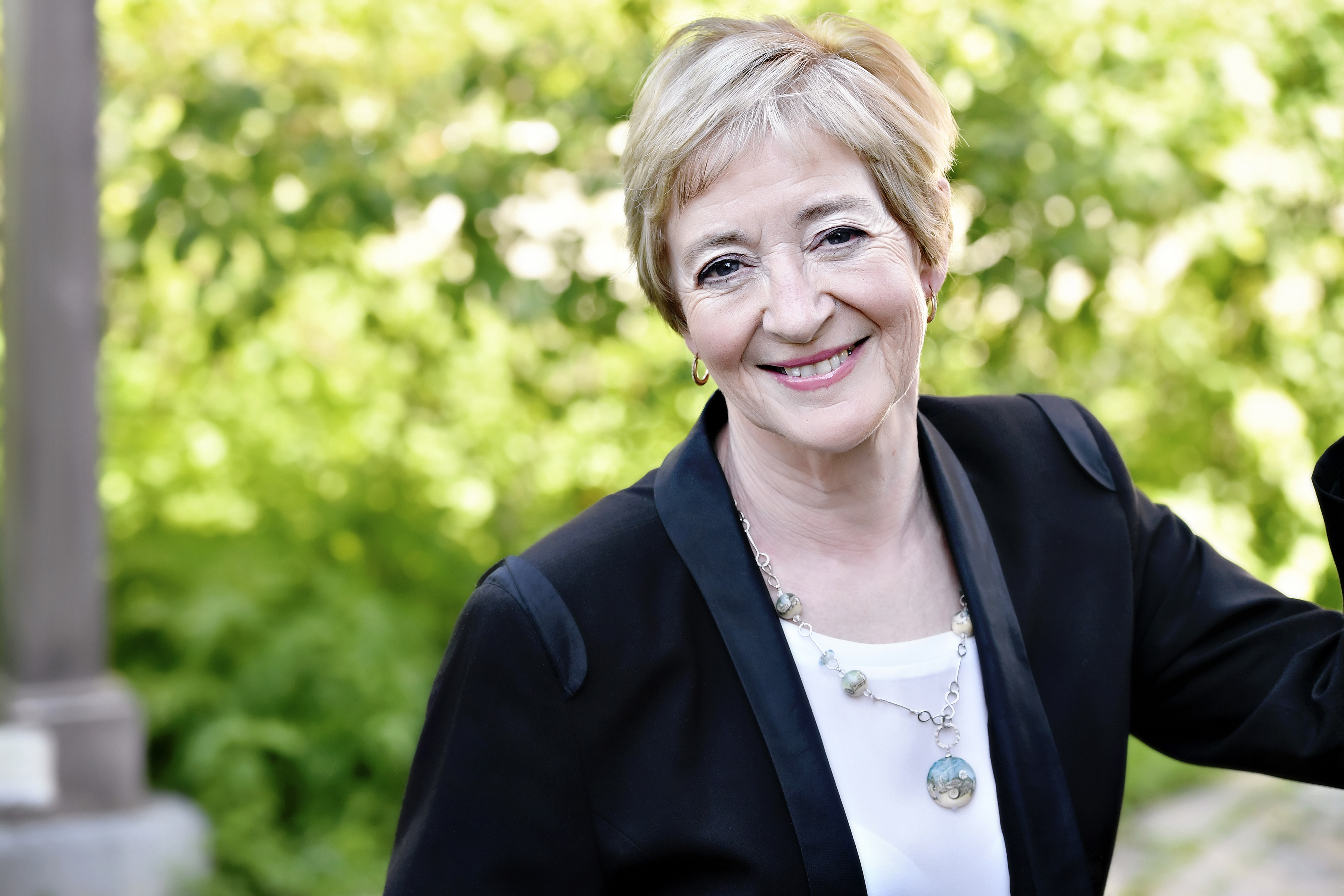 What are some of the threats that water privatization poses to communities?

Water privatization has been proven in many studies and in real experience to be a terrible mistake. Handing control of water services to private companies removes public oversight of a crucial source of life and of what should unquestionably be a public service.

Private water and wastewater services employ fewer staff, cut corners on source protection, provide poorer customer service and charge higher rates. More recently, pro-privatization proponents have argued that public-private partnerships (P3s) are better than full privatization in that they maintain government control over the water source. However, in practice, there is little difference between the older forms of full water privatization and P3s, as both have to incorporate the profit motive into providing water services. So public funds that should go into delivery of services and water protection instead go to investors.

You’ve worked with a lot of communities that have fought back against water privatization. What have you learned?

Since 2000 some 267 municipalities around the world that had tried water privatization — including some big cities such as Paris and Berlin — have returned the management of their water services to public control. In many cases, the fight was long and intense and it cost the public money to buy back their water systems.

But there are many examples of increased quality control, more funding for water source protection and lowered water rates for the public once private investors are no longer a part of the equation.

Beside corporations controlling public water or wastewater systems, what are some other forms of water privatization?

Water is bought and sold under water market regimes in California and other parts of the world. Water becomes privately controlled when a foreign investor, company or government gets control of local land and water in what are called “land grabs.”

In other cases, when water is bottled for commercial sale, it is privately owned and many of the wells and water sources used by the big water bottling companies are under multi-year contracts. 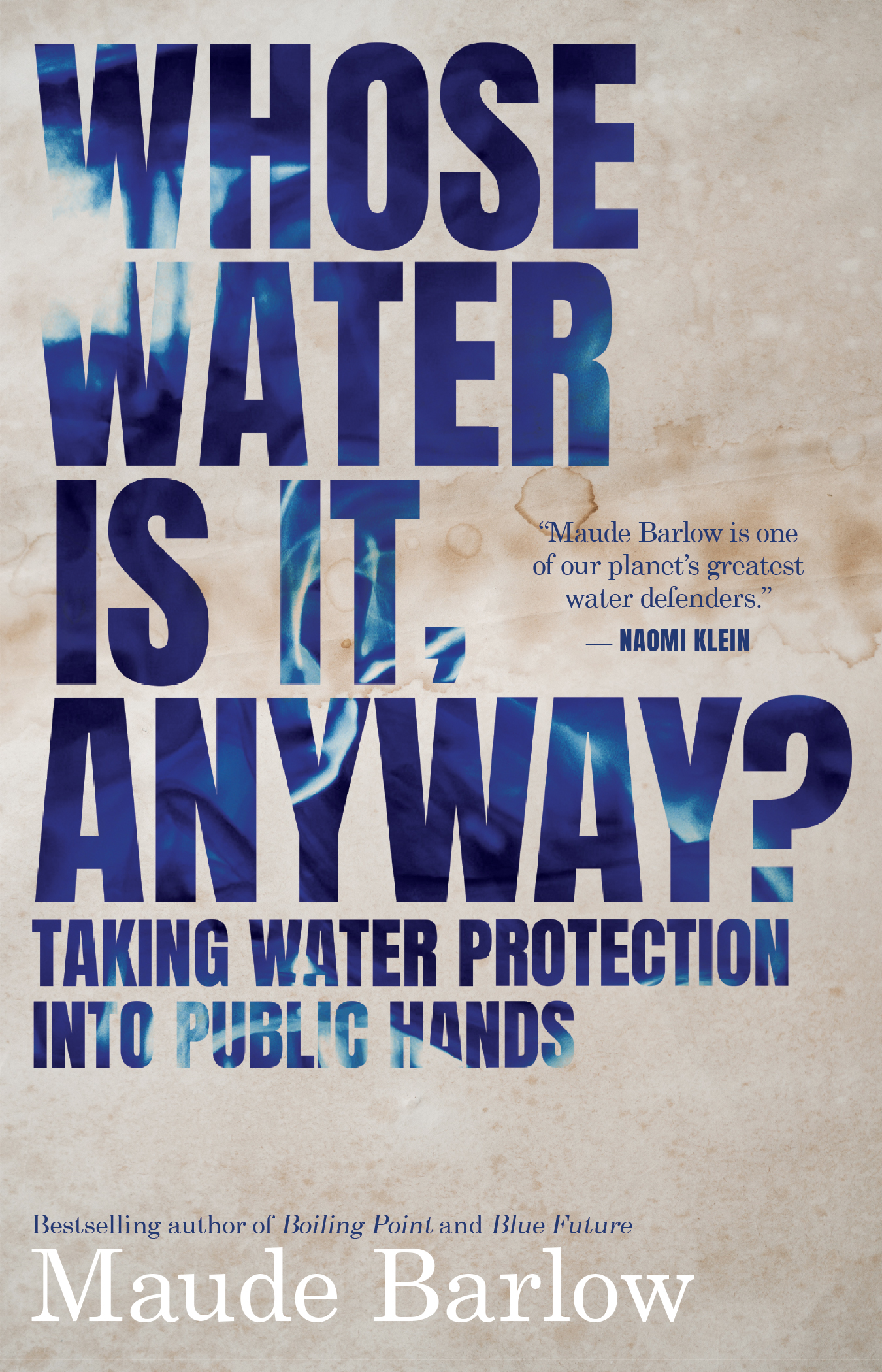 Water is also considered a tradable good in “free trade” agreements and subject to the market disciplines of trade rules. Foreign investors can and have claimed ownership of water sources they use to produce their product in another country.

There is a mighty contest taking place in our world: Is water a commodity to be put on the open market like oil and gas or a public trust and a human right to be guarded as a commons for all time? This has been the fight of my life.

A Blue Community is an act of hope. Instead of being against the many threats to water, a Blue Community offers a vision for the future based on the belief that water is a human right and a public trust. It also tackles the growing crisis of plastic pollution by committing a municipality (or university or place to worship, etc.) to phasing out bottled water on its premises.

Some Blue Communities take it a lot further. Berlin set aside a fund to promote safe tap water more broadly to the public and to provide drinking water refilling stations throughout the city.

A Blue Community realizes that we cannot protect source water and watersheds if we turn the decision-making about local water sources over to private investors. The Blue Community Project is also a wonderful educational opportunity to teach about water, why it matters and how we have to care for it.

What keeps you up at night?

The declining state of the planet’s water sources. We humans are polluting, mismanaging, diverting and over-extracting water at an unprecedented rate and the supply of clean water is dramatically dropping just as the demand is skyrocketing.

We have made serious inroads toward fulfilling the 2010 United Nations resolution recognizing the human right to water but it cannot be realized if there is no clean water to be found. The water crisis, just like the climate crisis, is a visceral threat to human rights as the competition for water is pitting rich against poor, urban against rural, industrial development against Indigenous survival, and region against region.

Only if we come together to protect water and share it more justly will we avoid the conflict that is hovering at the edges of our lives.