Learning to ride a bike has long been seen as a rite of passage for children. It’s a step toward independence and gaining a life skill that introduces them to a new level of freedom. But cycling can be so much more than a pastime on a warm summer day. For some people, cycling can mean having the chance to sustain their livelihood – and for the planet, it can be the opportunity to give the environment a much-needed rest.

Alternative transportation is becoming a topic of huge importance as climate scientists tell us the Earth will not be able to withstand current levels of emissions and human impact. According to the Environmental Protection Agency, transportation accounted for nearly 29 percent of GHG emissions in 2017, producing more than any other economic sector.

Alternative transportation was once seen as an investment in infrastructure that would benefit communities by providing accessible and affordable transportation, decreasing traffic congestion in highly populated areas, and reducing greenhouse gas emissions. While these remain attractive benefits for increasing the amount of alternative transit options available, it is now considered a necessity for the planet.

In order to prevent the worst changes anticipated with climate change, human society must force a 6 percent drop in carbon emissions each year starting now. Cycling offers individuals an opportunity to take their environmental impact into their own hands by opting to ride a bicycle whenever possible.

There are many benefits associated with riding a bicycle in addition to environmental ones. Not only is bicycling great exercise, but it offers individuals a chance to be outside and clear their head, something that can improve mental and emotional health. It’s also an affordable – ie. free – option for individuals without a car to get to work, school or the doctor.

Unfortunately, not every city has sufficiently invested in creating a safe environment for cyclists. Bicycle-friendly cities often work to raise awareness about cycling in their communities for drivers who may not recognize that bicycles require special considerations on the road, and that actual laws protect them – for example, taking the right of way at turns and intersections.

Cities can also adjust or create more space in their roads for bike lanes, which help keep cyclists safe. To achieve this, communities need advocates to push for changes that protect cyclists, like Teka-Lark Lo from New York is doing. The bicycle advocate is the co-founder of Black Kids in Outer Space, a multimedia publication and advocacy group that encourages investments in roads and transit in underserved communities. Small grassroots groups like these can help address specific community issues around the need for bike lanes.

Cycling can only grow as much as a city is willing to invest in it. Increasing the safety of cycling through reduced driving speeds and better bicycling infrastructure helps encourage individuals to ride their bikes. Washington, D.C., is a prime example of a city that has seen bicycling grow through its investment in cycling infrastructure: After creating around 80 miles of bike lanes, D.C.’s cycling community grew by over 50 percent in just over 10 years.

Currently, several nonprofits exist to advocate for cycling rights and help provide communities with the benefits that cycling offers. Nonprofit leaders take on many tasks to push the boundaries of what they can accomplish with limited resources and the goal of serving as many people as possible. Many of these nonprofits are aimed at helping at-risk youth, empowering women and emphasizing cycling as a valuable form of alternative transportation.

Although there are many benefits to cycling, not every person has access to a bicycle. Trips For Kids is a North American nonprofit that helps connect young, at-risk communities with bicycling to encourage independence, confidence and healthy relationships. The nonprofit does this by helping children gain access to bicycles and teaching them bike maintenance skills as well as how to stay safe while riding. In the last 25 years, Trips for Kids helped more than 12,000 kids get access to a bicycle.

World Bicycle Relief is an international non-profit that aims to get more people on bikes. Over the last 15 years, the organization has helped communities in need get access to bikes, providing them with a transportation option that helps them travel longer distances, transport heavier loads, and get to school. The group primarily helps improve biking access in countries across South America, Africa and Southeast Asia.

Transportation Alternatives is a nonprofit in New York City that has been working to reclaim the city’s streets for the people for half a century. The organization encourages the growth of alternative transit in the hope of making the city safer for cyclists and pedestrians. It also calls for political action to accomplish the changes it wish to see in the city, and encourages communities to get involved pressing for bike-friendly legislative change.

New York City is often seen as one of the primary cities driving drive change across the country. Transportation Alternatives uses a grassroots approach to demand changes in biking infrastructure, which it says people deserve in order to live happier and healthier lives. Cycling is a great option in many communities, providing healthy and environmentally friendly transportation in cities around the world. But for people to take advantage of these benefits, they need to be able to do so safely.

Bicycle-focused nonprofits can raise awareness of the environmental benefits that come with alternative transportation. These organizations also encourage cities across the U.S. to improve their cycling infrastructure and thereby reduce their cities’ carbon emissions. Motto for the future: The more bikes the better. 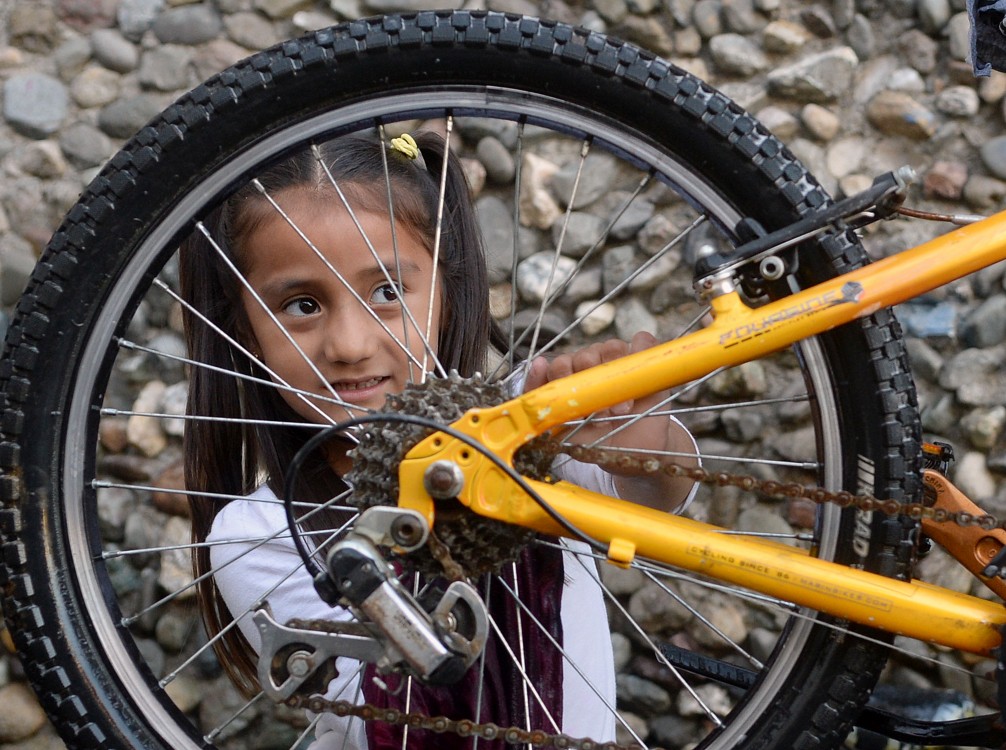