Earth’s cornucopia of life has evolved over 550 million years. Along the way, five mass extinction events have caused serious setbacks to life on our planet. The fifth, which was caused by a gargantuan meteorite impact along Mexico’s Yucatan coast, changed Earth’s climate, took out the dinosaurs and altered the course of biological evolution.

Today nature is suffering accelerating losses so great that many scientists say a sixth mass extinction is underway. Unlike past mass extinctions, this event is driven by human actions that are dismantling and disrupting natural ecosystems and changing Earth’s climate.

My research focuses on ecosystems and climate change from regional to global scales. In a new study titled “A Global Deal for Nature,” led by conservation biologist and strategist Eric Dinerstein, 17 colleagues and I lay out a road map for simultaneously averting a sixth mass extinction and reducing climate change.

We chart a course for immediately protecting at least 30% of Earth’s surface to put the brakes on rapid biodiversity loss, and then add another 20% comprising ecosystems that can suck disproportionately large amounts of carbon out of the atmosphere. In our view, biodiversity loss and climate change must be addressed as one interconnected problem with linked solutions. 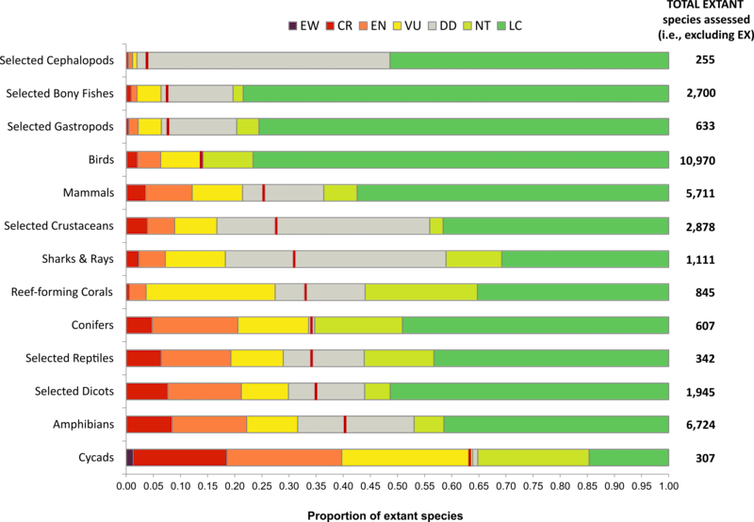 Our Global Deal for Nature is based on a map of about a thousand “ecoregions” on land and sea, which we delineated based on an internationally growing body of research. Each of them contains a unique ensemble of species and ecosystems, and they play complementary roles in curbing climate change.

Natural ecosystems are like mutual funds in an otherwise volatile stock market. They contain self-regulating webs of organisms that interact. For example, tropical forests contain a kaleidoscope of tree species that are packed together, maximizing carbon storage in wood and soils.

Forests can weather natural disasters and catastrophic disease outbreaks because they are diverse portfolios of biological responses, self-managed by and among co-existing species. It’s hard to crash them if they are left alone to do their thing.

Another important feature of natural ecosystems is that they are connected and influence one another. Consider coral reefs, which are central to the Global Deal for Nature because they store carbon and are hotspots for biodiversity. But that’s not their only value: They also protect coasts from storm surge, supporting inland mangroves and coastal grasslands that are mega-storage vaults for carbon and homes for large numbers of species. If one ecosystem is lost, risk to the others rises dramatically. Connectivity matters. 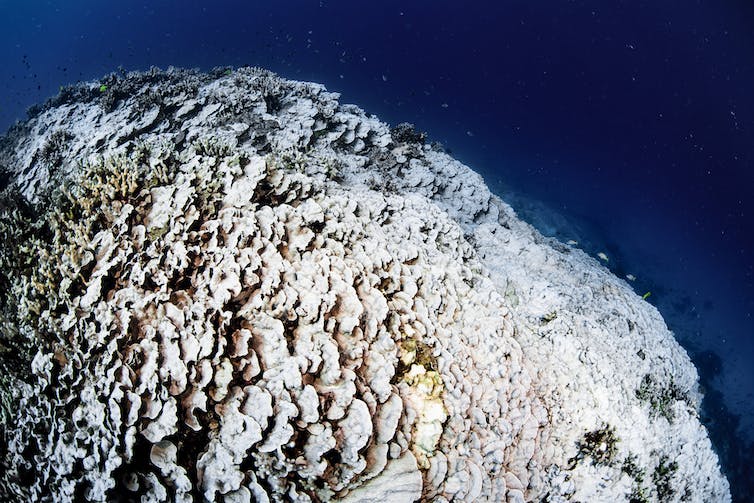 The idea of conserving large swaths of the planet to preserve biodiversity is not new. Many distinguished experts have endorsed the idea of setting aside half the surface of the Earth to protect biodiversity. The Global Deal for Nature greatly advances this idea by specifying the amounts, places and types of protections needed to get this effort moving in the right direction.

Building on the Paris Agreement

We designed our study to serve as guidance that governments can use in a planning process, similar to the climate change negotiations that led to the 2015 Paris Agreement. The Paris accord, which 197 nations have signed, sets global targets for cutting greenhouse gas emissions, provides a model for financial assistance to low-income countries and supports local and grassroots efforts worldwide.

But the Paris Agreement does not safeguard the diversity of life on Earth. Without a companion plan, we will lose the wealth of species that have taken millions of years to evolve and accumulate.

In fact, my colleagues and I believe the Paris Agreement cannot be met without simultaneously saving biodiversity. Here’s why: The most logical and cost-effective way to curb greenhouse gas emissions and remove gases from the atmosphere is by storing carbon in natural ecosystems.

Forests, grasslands, peatlands, mangroves and a few other types of ecosystems pull the most carbon from the air per acre of land. Protecting and expanding their range is far more scalable and far less expensive than engineering the climate to slow the pace of warming. And there is no time to lose.

What would it take to put a Global Deal for Nature into action? Land and marine protection costs money: Our plan would require a budget of some US$100 billion per year. This may sound like a lot, but for comparison, Silicon Valley companies earned nearly $60 billion in 2017 just from selling apps. And the distributed cost is well within international reach. Today, however, our global society is spending less than a tenth of that amount to save Earth’s biodiversity.

Nations will also need new technology to assess and monitor progress and put biodiversity-saving actions to the test. Some ingredients needed for a global biodiversity monitoring system are now deployed, such as basic satellites that describe the general locations of forests and reefs. Others are only up and running at regional scales, such as on-the-ground tracking systems to detect animals and the people who poach them, and airborne biodiversity and carbon mapping technologies.

AsnerLab’s airborne observatory is mapping and monitoring species and carbon storage to bring the problems of biodiversity loss and climate change into focus.

But key components are still missing at the global scale, including technology that can analyze target ecosystems and species from Earth orbit, on high-flying aircraft and in the field to generate real-time knowledge about the changing state of life on our planet. The good news is that this type of technology exists, and could be rapidly scaled up to create the first-ever global nature monitoring program.

Technology is the easier part of the challenge. Organizing human cooperation toward such a broad goal is much harder. But we believe the value of Earth’s biodiversity is far higher than the cost and effort needed to save it.