Just before 7 on a chilly, early November evening, students began to gather in a Loyola University Chicago classroom. A weekly Student Environmental Alliance meeting was about to begin as people slowly filled the room, finding their friends, their seats, and, as they patiently waited in line for pizza, their dinner.

That night, the student organization hosted their “2018 Environmental Justice Keynote Speaker,” Jade Mazon. Mazon is an optimistic and endearing Latina woman and lifelong resident of South Deering, a resilient, southeast neighborhood of Chicago. She is also the co-founder of the Rebel Bells Collective, which came to fruition to educate southeast side girls of color about empowerment and social justice.

She returned to Loyola University Chicago’s Lakeshore Campus that evening—after graduating from the university herself years ago—to talk about her community, the environmental injustice happening there, and what it is she has done and is doing about it. 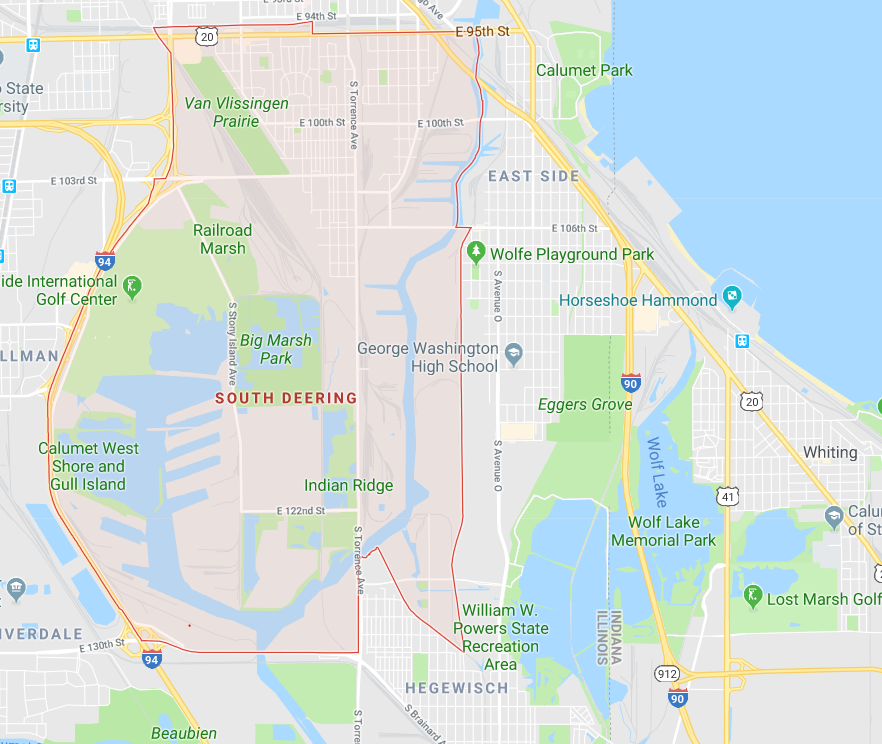 South Deering lies just a few blocks west of the Indiana border and just southwest of Lake Michigan. Lake Michigan creeps inland through the Calumet River, collecting in Lake Calumet, the largest body of water within Chicago, not even 10 miles inland on the southwest side of the neighborhood. The river continues on past Lake Calumet meandering its way both westward through several Chicago suburbs—eventually reaching the Mississippi River many miles later—and eastward into Northwest Indiana.

Once home to a plethora of wildlife within its marshes, Lake Calumet, due to its historical connection to Lake Michigan, is a huge industrial corridor for numerous hazardous industries. “During the 1880s, there was no such thing as regulation. In fact, we didn’t even have the U.S. EPA until (1970),” adds Cheryl Johnson, executive director of People for Community Recovery. People for Community Recovery (PCR) is a Chicago-based organization, founded by Johnson’s late mother Hazel M. Johnson—known as the “mother of the environmental justice movement”—and turns 40 in 2019.

With Johnson at its reigns, PCR works on a gamut of issues regarding the environment, housing, health, safety, and education that all encompass equity, hoping to affect policy and curate change. Johnson adds, “When regulation came into play, many industries did not know how to come into compliance. The industries only care about profit at the expense of the poor or communities that don’t know any better.”

Within South Deering, there are dozens of industries in the area, including landfills and recycling facilities. In addition to the factories that reside within the borders of South Deering, there are also outside threats, like the BP Oil Refinery just across the border in Whiting, Indiana. Looking at a map of Whiting, the refinery is so extensive it is twice the size of the residential area—it’s basically its own city. According to BP’s website, this refinery is “BP’s largest refinery anywhere in the world.” 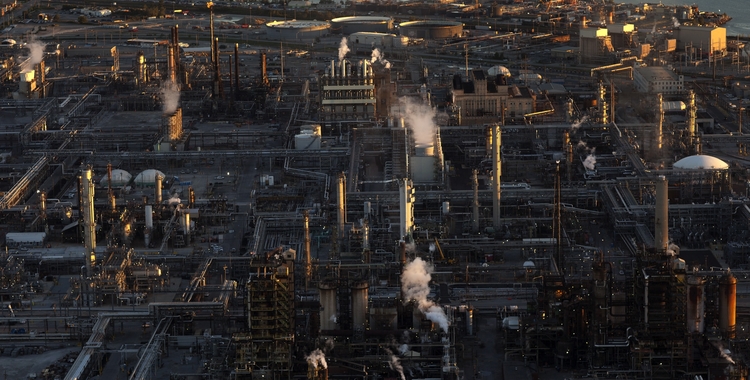 With lots of production in Indiana comes lots of waste—but where does it go? Right across the border to Illinois. Up until 2015, the Rebel Bells Collective’s Mazon explained, the infamous waste product of the oil refining process called petcoke, which according to the Environmental Protection Agency is highly hazardous, was stored out in the open for years along Calumet River, right in the heart of her community. Due to lack of zoning regulations, hazardous waste was permitted to be stored within the ward that includes South Deering.

Growing up, Mazon said, no one knew just how toxic this material was. The neighborhood just thought of the industry as an inconvenience: having to stop for constant trains, which hauled petcoke; being forced inside to play with neighborhood kids during windy days; and not being able to have anything white on the exterior or interior of the house as it would eventually be turned black from particulate debris.

The Saturday after Mazon was at Loyola, she headed to Under The Bridge Art Studio to be one of the featured guests on a live recording of “The Hoodoisie,” a live and live-streamed show and web series about local news happening within gentrified neighborhoods across Chicago. Other guests included Kate Koval and Olga Bautista, both founding members of the Southeast Side Coalition to Ban Petcoke, and 19-year-old Rebel Bells alum Kat West. Together, they spoke of the mistreatment of their community through its history.

It wasn’t until recently that members of this community began to educate themselves on the reality of these industries. After the community rallied together to halt the establishment of a coal gasification plant along the river — and across from the local high school — a handful of years ago, residents began to come together, Bautista says, who is also a board member of the Southeast Environmental Task Force and the Director of Community Leadership of Our City Our Voice. After realizing how harmful petcoke truly was, Bautista, Koval, and other residents formed the Southeast Side Coalition to Ban Petcoke, joined later with supporting community members, like Mazon.

Other speakers throughout the night gave their insight as well. Angela Tovar, who grew up within the community and is now the Director of Community Development at THE POINT Community Development Corporation in the Bronx borough of New York City, explained that “environmental justice is part of your daily life” when growing up in areas with so much industry and injustice.

South Deering isn’t alone. Other parts of the city have faced similar situations, such as Pilsen, also known as Chicago’s Lower West Side. Historically, Pilsen, like South Deering, has been an industrial hub for the city of Chicago. The neighborhood lies on the north side of the south Chicago River branch, just east of Little Village. After battling against these industries for more than a decade, Little Village and Pilsen shut down the coal-fired plants in their neighborhoods, the Crawford and Fisk Generating Stations, respectively, in 2012.

Still, these communities continue to face injustice. “The Fisk Generating Station is currently in the process of being reopened,” Jose Requena, a community organizer at Pilsen Alliance explained. Pilsen Alliance is monitoring the situation closely, however, Requena reassured me. “Little Village Environmental Justice Organization was able to completely shut down the Crawford Generating Station,” Requena said, “but now, Hilco Redevelopment Partners is currently in the process of getting a contract to demolish the building and repurpose the space for a trucking and logistics complex, which could be just as detrimental to the neighboring communities.”

Unfortunately, like Pilsen, South Deering is now fighting a new injustice: manganese. Air monitors originally installed because of petcoke have now unveiled the presence of this heavy metal. S.H. Bell, another industrial facility along the Calumet River, processes, handles, processes, packages, and stores metal. High concentrations of manganese have been recorded in the air and have leached into the nearby community’s yards, prompting the U.S. EPA to get involved. Unfortunately, the search for a solution is still ongoing, but these communities are resilient in their efforts toward justice.

From an industrial standpoint, more can be done. “It speaks to the greater systemic conversation that needs to be held. Do we want to keep operating in this way that puts lives in harm?” said Kyra Woods, the Clean Energy Organizing Apprentice for the Illinois Sierra Club chapter, currently working on a Ready for 100 campaign in Chicago. Woods adds that it’s not a responsible choice to continue to use harmful methods when there may be better alternatives.

A petcoke filled train snakes through a neighborhood on the southeast side of Chicago in 2015. (Terry Evans)

But still, Woods is hopeful. “By addressing these environmental issues, we can solve other issues, too,” she said. “By switching to a 100% clean energy future, we can actually empower communities, do some fantastic job training, and get people employed, especially in a city like Chicago.”