Have you ever wondered why the world works like it does? Why things seem skewed in favour of the rich and the powerful and why our so called ‘democratic’ systems seem so inherently unjust? Why we have rampant inequality, poverty, hunger and accelerating species extinctions and runaway global warming?

The answers are not simple because these problems are systemic.

The system within which we operate gives rise to the terrible outcomes listed above. But the outcomes are the expected, emergent behaviour of ‘managing’ our planetary affairs in the ways we do. They are the direct results of the way humanity has chosen to handle concepts like ownership, governance and economics.

We can sit around asking “why aren’t things getting better?” and protesting against the status quo but, ultimately, mitigating the outcomes and effects of a system which works in a certain way is like sticking plasters on a severed limb. It will never help. It might make the patient, and the helper, feel good in the short term but it will never address the underlying issues.

As Buckminster Fuller so eloquently proposed: “You never change things by fighting the existing reality. To change something, build a new model that makes the existing model obsolete.”

So, in an attempt to address the problems with the present system by ‘building a new model’, a few years ago some brave colleagues and I embarked on a systemic mission:

Our aim was to co-create an increasingly democratic, equitable and sustainable society. Our mission was to normalize a worldview that was conducive to achieving our aim.

There are some important specifics in that mission. We took our anger at the present system and identified that “a new model” would not work without a compatible “world view” or “ontology”.

OK, so an “ontology” sounds complicated and slightly grandiose, but it’s a simple concept really – and one we, ‘the people’, need to wrap our heads around.

An ontology is basically a set of principles or assumption about how the world works; about the fundamental ‘nature of reality’.

Ontology derives from the Greek onto (being) and logia (written or spoken discourse). It is a branch of metaphysics, the study of first principles or the essence of things. You could think of it as “the underlying worldview about how the world works” or, “humanity’s basic beliefs”.

For roughly 400 years, since the church was usurped by science, and with it the prevalent belief system, the vast majority of society has operated according to some slightly skewed concepts about the nature of our global reality. We now live under the auspices of neoliberal capitalism, the proponents of which seem to have convinced everyone that people are naturally greedy, will always compete, that competition and therefore all forms of unregulated trade are ok and that the planet’s resources are here to be exploited. These questionable concepts have given rise to the idea of Homo economicus which portrays humans as “agents who are consistently rational and narrowly self-interested, and who pursue their subjectively-defined ends optimally”.

As my colleague, James Robertson pointed out, in his excellent write-up entitled Neoliberalism is shit the dominant social paradigm suffers from two fundamental problems:

James argues that “this is perhaps the greatest triumph of neoliberalism; the creation of a cultural project that seeks to popularise a set of ideological worldviews and assumptions to such an extent that they appear normal, natural and realistic.”

But these neoliberal world views do not stack up if you really think about how the world works.

At the core of the existing ontology is an underlying ‘axiom’ (a statement that is taken to be true, to serve as a premise or starting point for further reasoning and arguments) and this, thanks to Adam Smith, is the idea, that “…self-interest and competition lead to social prosperity as the act of competition creates incentive which motivates people to persevere…”. But we know now that axiom and the ontology it supports is not true.

So, if we want to change the way the world works, and address the inequalities and suffering from a systemic level, we can not build ideas and ‘further reasoning and arguments’ on an invalid axiom, and a broken ontology. We have to start afresh and build upon new foundations.

The progressive movement has made some great strides and had some great moments. Occupy, The Arab Spring and other moments of compassion and collaboration have shown there is growing unease with the present system. But these moments have been fleeting and easily broken because they were not built on anything solid. They contained elements of the right ingredients like shared purpose and common values but they were still coming from a place of opposition to a failing model, rather than proposing a viable alternative built on a new set of assumptions – a new ontology for a new world order.

My colleagues and I spent a long time discussing ideas about how the world works in order to create a list of fundamental assumptions about how the world works which we broke down into two sections entitled ‘human behaviour’ and ‘reality and existence’. The idea was to try and develop a new base ontology which would allow us to explore the possible implications of these assumptions. We wanted to see whether, given new groundwork and new foundations, this new perspective would offer us any fresh insight about ‘how best to organise society’ in order to achieve our aim of ‘co-creating an increasingly democratic, equitable and sustainable society’.

After several months, of occasional evenings drinking beer and discussing the way the world works, we filtered back our brainstorming and came up with the following list of ‘meta-assumptions’ which incorporated all others. Our criteria for a meta assumption was that they:

We may not have done a good, or by any means exhaustive, job but the work stands as starting point upon which anyone else is welcome to build. We’d love to know what you think of these assumptions and to hear other’s ideas.

Assumptions about reality and existence:

The next step of our plan was to work with other groups and individuals to refine our assumptions and the implications to which they lead, and to discuss and disseminate this worldview. The sessions on ‘The changing narrative’ at OPEN 2018 are a chance to share the ideas behind the work and further the discussion.

Ultimately we have a long way to go – the neoliberal worldview is still dominant, but day by day it’s being undermined as its fallacies become evident. Like the first tiny hole in the dam which leads inexorably to the flood, the neoliberal model is breaking – now is the time to come together and co-create an alternative ontology upon which we can build a world which works how we want.

Defining a Shared Purpose for the Progressive Movement 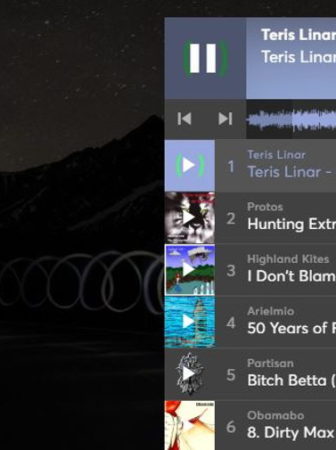