A couple of years ago, I met Adam (not his real name) at a farm in Dorset. Adam was 14 and had been excluded from mainstream education due to behavioural difficulties and a disruptive home life. He had consequently become involved in regular underage drinking and antisocial behaviour. Adam was being exploited and groomed as a drug runner for a London drug gang infiltrating rural areas. He told me that he had been given a knife by gang members and encouraged to use it to protect himself if necessary against rival gangs or local drug dealers.

The farm where I met him is not a normal farm, but a social one, where the therapeutic use of farming practices and animal assisted therapy is used to provide health, social and educational care services for disadvantaged young people that have become disengaged with mainstream education. Stories such as Adam’s are growing increasingly familiar to staff at the farm he attended, who see other vulnerable young people referred to their service. 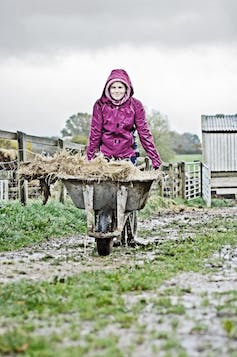 Many of the young people living in rural Britain who are being exploited by these gangs are, like Adam, those who are disengaged with mainstream education and are at risk of becoming, or currently are, NEET (not in education, employment or training). There are 808,000 young people (aged 16-24) in the UK who are NEET.

Being NEET has a long-term impact on a young person’s life, leaving them vulnerable to substance misuse, offending behaviour, physical and mental health problems, academic underachievement and reduced employment. These young people are subsequently regarded as a concern to the police, health, education and social care professionals.

Yet current interventions are failing to reduce the number of young people becoming NEET. These interventions typically focus on providing the young person with vocational education, despite the fact that the most common vocational qualifications in the UK have very little or no relevance to the labour market.

Interventions that offer a restorative approach, with therapeutic support and a focus on learning, however, are acknowledged to be more successful. 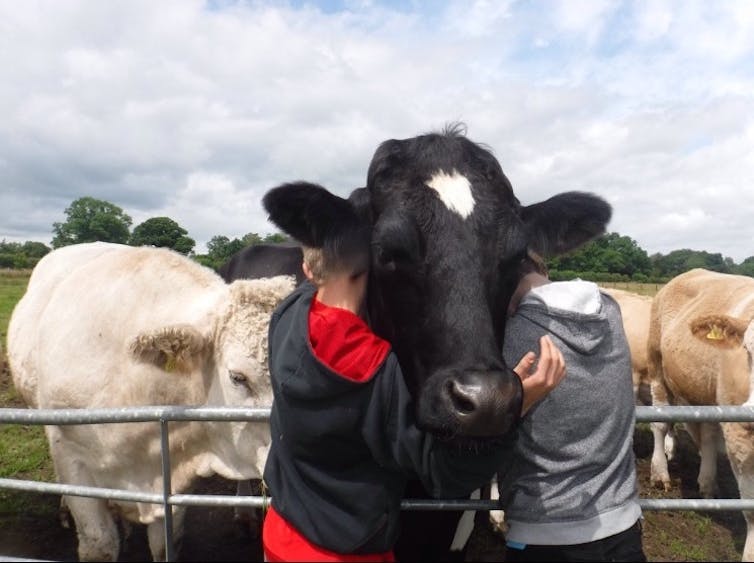 Earlier this year, the government launched a 25-year environment plan. The plan acknowledged the importance of connecting children and young people to nature through learning, as well as the benefits of a physical, hands-on experience as a pathway to good health and well-being. The government has pledged £10m to support local strategies which use the natural environment and has further committed to a national expansion of social farming by 2022. This will treble the number of available places to 1.3m per year for children and adults in England. 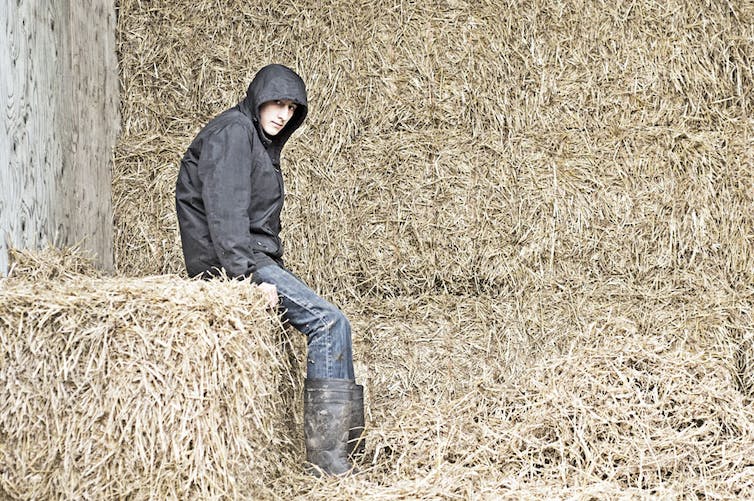 Taking a break on the farm. Sarah Hambidge, Author provided

Young people participate in a variety of seasonal farming-related activities, including animal husbandry, crop and vegetable production and woodland management. Social farming has been found to have a positive impact on physical and mental health along with the opportunity to develop transferable skills, personal development, social inclusion and rehabilitation.

When I met Adam, I was in the midst of a research project evaluating whether a year-long farming intervention can prevent disengaged young people from low-socioeconomic backgrounds becoming NEET. Participants typically attend a four-hour session once a week at the farm.

Future roots, the farm I researched, employs a mix of teachers, youth and social workers and therapists. It offers a different model of learning for those struggling in mainstream education. My research demonstrated that the use of the natural environment as a mechanism for change was effective in reducing the risk of becoming NEET. 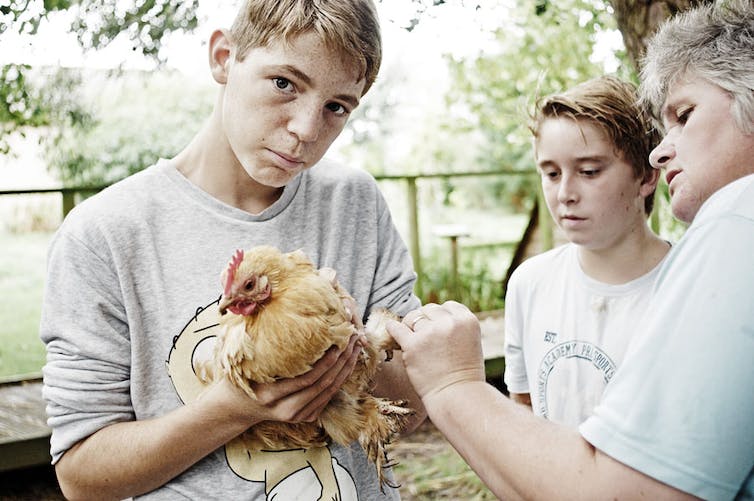 The young people learn to care for a variety of animals. Sarah Hambidge, Author provided

The young people I followed displayed a significant reduction in self-reported mental health risks and behavioural regulation difficulties; improved social relationships and coping; improved life and work skills; and re-engagement with learning. All of the young people were in employment or training six months after their time at the social farm finished.

Indeed, the social farm was the only place where Adam said he felt safe. He was able to develop a sense of belonging and trust which enabled him to talk about the difficulties he was experiencing in his life. Without the social farm intervention, staff said that Adam would likely have proceeded to harm himself or others. The farmer refers to the changes seen in the young people as a “chrysalis butterfly effect”: the positive transformation seen in these young people as they turn their lives around to look to the future are truly inspiring.

I support PCI because 1) The research they do on the ending of fossil fuels, 2) the fantastic educational work on Resilience and the wonderful Resilience.org website 3) The support for their ...