As the world races toward a projected 9 billion inhabitants, the failings of dominant food systems are impossible to deny. Current food production methods are severely polluting. They are the cause of malnutrition. They are also inequitable, and unjustifiably wasteful. And they are concentrated in the hands of few corporations. Entangled in the multiple crises humanity is facing, establishing global food security is considered a key challenge of our time.

Against the backdrop of climate change, resource shortages and urbanisation, the question of how to ensure adequate food supply for everyone looms rather large. The usual response emphasises intensifying the output of agriculture through the common model of petrochemical, large-scale, one-crop, intensive farming.

But business as usual is no longer an option for food and agriculture. The global agriculture system will have to be radically transformed to avoid further environmental and social problems, as was concluded by a three-year study commissioned by the UN and the World Bank involving more than 400 scientists. This report, as well as subsequent international studies by the UN Conference on Trade and Development and the UN Special Rapporteur on the Right to Food, have convincingly demonstrated that agroecology – farming that imitates natural ecosystems – is the most promising pathway to sustainable food systems on all continents. 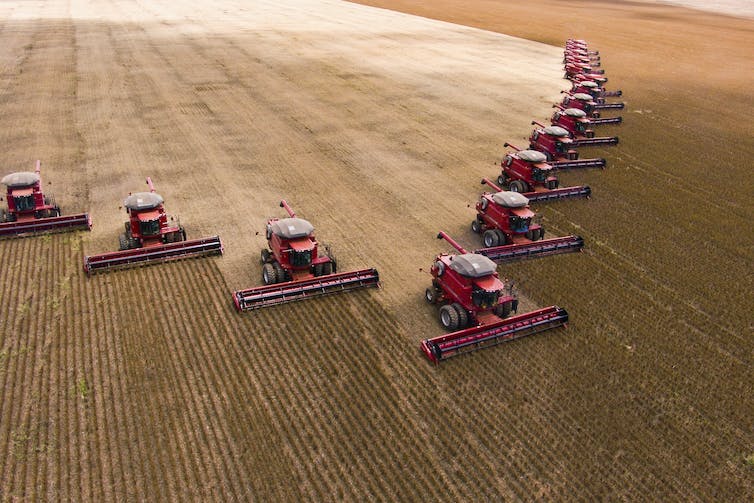 Agroecology is based on the idea that farms should mimic the structure and functioning of natural ecosystems. In ecosystems, there is no “waste”: nutrients are recycled indefinitely. Agroecology aims to close nutrient loops – returning all nutrients that come out of the soil, back to the soil. In the case of vegetable farming, for example, this could be achieved through composting of vegetable scraps, human and farmyard manure.

Throughout the world, small-scale farmers are uniting under the banner of agroecology. They do so not only to produce healthy and nutritious food, enhance biodiversity and adapt to climate change, but also to improve their income and working conditions by developing short food chains and local markets. Local ecologies and economies are being regenerated from below through an insistence on food sovereignty (community control over the way food is produced, traded and consumed) and transformative agroecology (as opposed to more watered down versions of agroecology, such as “climate-smart” or “conservation” agriculture). 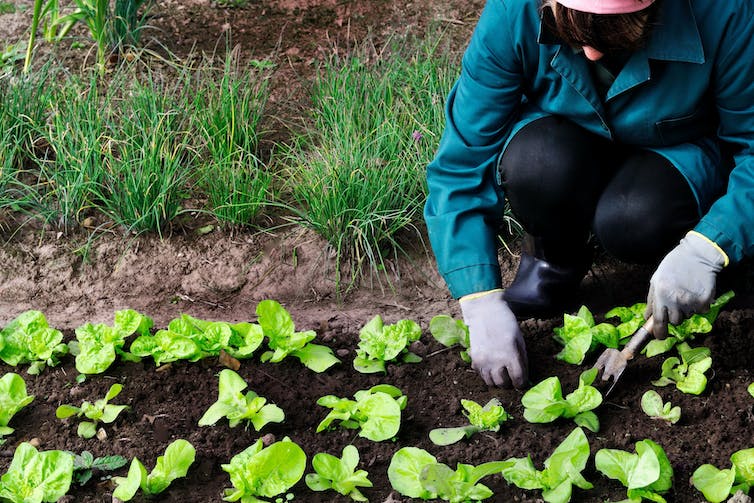 We need to branch away from the emphasis on monoculture farming. Jurga Jot/Shutterstock.com

But changes also need to be made on a larger scale. Some bodies recognise this. Faced with the growing social and environmental costs of industrial farming, the European Union adopted a New European Consensus for Development in June 2017. This commits the EU to:

But opening up agroecological pathways to sustainable food systems in the EU is a major challenge. Radical changes in funding priorities and research agendas are necessary. Similarly, a total overhaul of overseas aid programmes is urgently needed to support crucial transitions to agroecology in Africa, Asia and Latin America. 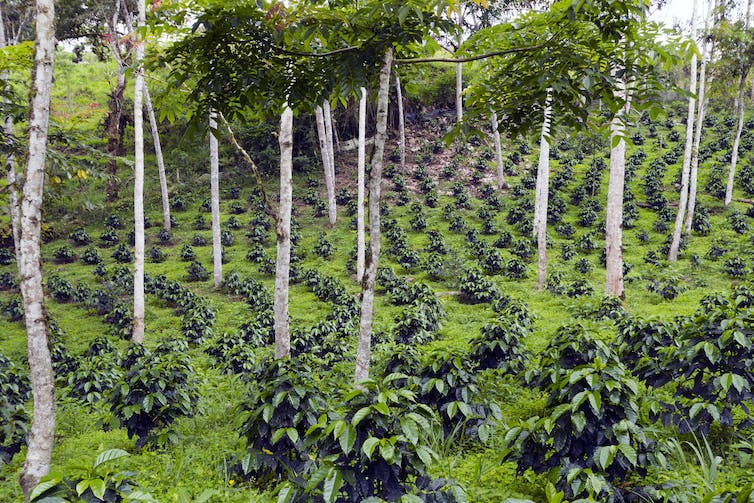 Coffee bushes grown in the shade on the western slopes of the Andes. Morley Read/Shutterstock.com

However, this is not currently happening. Our recently published research shows that very little overseas aid is directed at agroecological research and development. Since January 1 2010, no funds at all have been directed at or been committed to projects with the main focus on development or promotion of agroecological practices.

It is true that minor funds have been directed at projects which promote resource efficiency in farming. But this is a very basic agroecological principle. Based on the most generous interpretation of available figures, our study shows for the first time that aid for agroecological projects is less than 5% of aid given for agricultural purposes and less than 0.5% of the total UK aid budget. By largely supporting industrial agriculture, UK aid priorities contribute very little to the transition towards global socio-ecological sustainability.

Despite the obscure nature of available information, it is reasonable to assume that there is a similar lack of funding for agroecology in the overseas aid priorities of other so-called developed countries. There is, after all, a chronic lack of internal investment in agroecology within these nations.

Business as usual may rhetorically no longer be an option in food and agriculture. But it will be, as usual, practically the only option as long as these stark funding asymmetries remain.

In April 2018, government representatives from around the world will travel to Rome to discuss how to scale up agroecology. This UN Food and Agriculture Organisation International Symposium on Agroecology is a unique opportunity to rethink priorities for agricultural development worldwide. Among the many actions needed, we urgently need to see a substantial increase in public funding for agroecology – both within and between nations.