The Intergovernmental Panel on Climate Change (the IPCC) published its first major report 28 years ago. This watershed document described the ominous implications of escalating emissions and the scale of the challenge in reversing this seemingly inexorable trend.

Today, despite four further IPCC reports, 23 rounds of international negotiations, and thousands of climate change papers and conferences, annual emissions are more than 60% higher than in 1990, and are still rising. Put simply, the international community has presided over a quarter of a century of abject failure to deliver any meaningful reduction in absolute global emissions.

Certainly the rhetoric of action is ramping up. Yet those who talk confidently about renewables, nuclear and “carbon capture and storage” (CCS) eventually driving down emissions in decades to come are guilty of misunderstanding the fundamental science of climate change.

We face a “cumulative problem”, with rising temperatures relating to the build up of carbon dioxide in the atmosphere. Based on this, the Paris 1.5°C and 2°C commitments demand total emissions remain within a small and rapidly dwindling “carbon budget”. Time is truly of the essence. Less than 12 years of current emissions will see our 1.5°C aspiration go the way of the dodo, with the 2°C carbon budget exceeded by the mid 2030s.

Paris defines a timeframe and scale of mobilisation reminiscent of major wars, yet our collective response remains much more akin to the apocryphal tale of a gently warming frog.

Continuing with today’s ineffective “mitigation”, delusion and fear will bequeath many humans and other species decades and even centuries of climatic instability. This preference for short-term hedonism (for the few) over longer-term planetary stewardship is essentially an active choice for politically expedient incrementalism over revolutionary change. The latter is a prerequisite of meeting our Paris commitments – but can such rapid change ever be more than a “romantic illusion”?

An assemblage of upheaval

The first two decades of this millennium have been marked by a series of deep upheavals, illustrating opportunities for rapid change, though not necessarily in a favourable direction.

The banking crises exposed the internal failure of our precious free market model to both self-regulate and deliver on its central tenet: the “efficient allocation of scarce resources”. It also revealed how, with sufficient political will, unprecedented finances could be mobilised at the stroke of a pen.

And as the bankers and economists regrouped to thwart progressive regulation, much of the power of unaccountable media barons was being seized by the amorphous twists and turns of social media. At the same time, political institutions in many parts of the world have faced serious challenges from the left, the right and “unforeseen” circumstances.

Set against this, and despite an orchestrated campaign of denial, there is now common acceptance that responding to climate change requires significant government intervention. Rounding off this assemblage of upheaval, the plummeting cost of renewable energy has coincided with widespread recognition that relying on fossil fuels also has serious consequences for health and security.

In themselves, each of the above disruptions has important implications for the evolution of contemporary society. But broadly aligned they could be guided towards something much more revolutionary – perhaps even a progressive and epoch-changing confluence of circumstances? 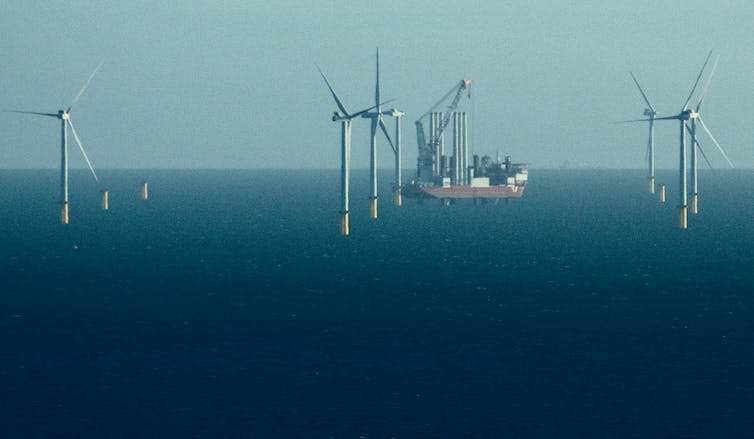 Paid for with QE? Dominic Alves / flickr, CC BY

Under such conditions, an alternative progressive paradigm could be ushered in – and soon. Certainly, none of this looks likely, but who predicted the near-collapse of the Western banking system, the emergence of Bernie Sanders, Donald Trump and Jeremy Corbyn, the rise and early demise of the Arab Spring, or even the plummeting price of renewables?

Most political and economic pontificators, buttressed by naysayers and established elites, remain incapable of seeing beyond their familiar 20th-century horizon. But the 21st century is already proving how the future is a different country – one that could yet be shaped by alternative interpretations of prosperity, sustainability and equity.