Advertising itself as an event where ‘deals get done’, the express aim of Mines and Money, which brings together thousands of mining companies and investors in the UK capital, is to match-make big money with big mines. ‘Thought-leaders’ like Brexit financier Arron Banks and former UKIP leader Nigel Farage, gave keynote speeches at this year’s conference, advising companies on how to exploit Brexit and Trump’s rise to continue extracting wealth, especially from the global south.

The mines that result from London-based deal-making forums like Mines and Money are getting bigger, deadlier and more prone to catastrophic disasters. Mining is currently the world’s most deadly industry for the people who stand in the way of its operations.

Here frontline activists from the Philippines, Colombia and Uganda describe the threats and impacts of mining and how they are both resisting and pioneering alternatives to a neo-colonial, mining-based development paradigm.

Maria Camila Mendez is an organiser with COSAJUCA, a youth-led activist group in Cajamarca, Colombia. Here Camila shares her community’s successful campaign to stop mining giant AngloGold Ashanti, which operates with UK investment, digging the biggest gold mine in Latin America- La Colosa. This March, Cajamarcans held a referendum in which 98% of residents who turned out voted to ban La Colosa, and all other extractive projects in the region.

“The impacts (of La Colosa) on health, the contamination of water sources and crops, the destruction of strategic ecosystems, would have been devastating. In addition to all the social conflicts it would have led to the displacement of people. People would have had to leave because the possibility of a dignified life would no longer exist.

“We always sought to participate and voice our opinions about the mine, but we were worried because what we saw was that the mining project was going to be imposed on us, without listening to communities. Faced with this, we started a democratic process recognised in Colombia (via the Constitution), called a popular consultation. This says that if a territory is threatened by any development project, a popular consultation should be done to allow people to express themselves through a vote.

“There were challenges in holding such a process in rural areas. For example, there is very little participation of women despite the deep connection they have with the territories. But in the end, we have connected everyone in this fight because we all understand that everyone here eats and everyone needs water. We have also encouraged people to think about future generations. If the mine happens, what could happen to our children and our grandchildren?

“The result of the popular consultation was 10 years in the making and on March 26th people voted to defend what we have always been. Now we must look at what we do after we say no to mining. First and foremost, this involves strengthening what we have been and are.

“As for the companies, the mining industry or any other kind of activity that wants to strip these territories, we are showing them what will happen to them if they try. People have been awakened. And even though we are in unequal conditions and we do not have the resources or all the power that these companies can have, what we have shown is that when communities come together, it is very difficult to stop them. They may have all the money, but that is not everything!” 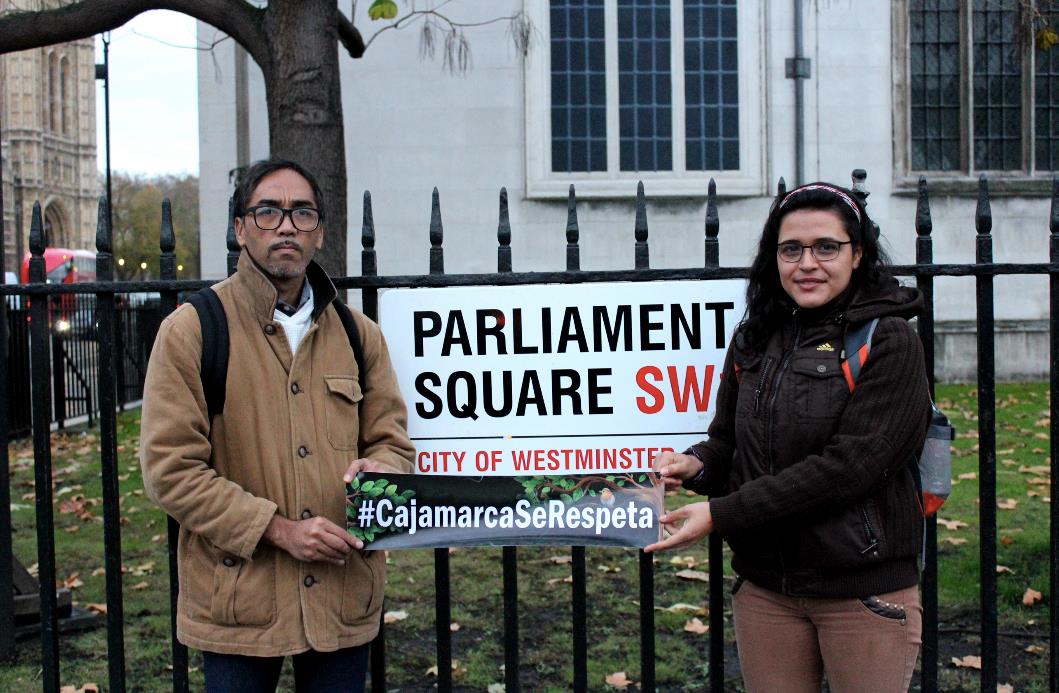 Clemente Bautista is National Coordinator of KALIKASAN People’s Network for the Environment in the Philippines, an organisation that works closely with communities resisting the ecological destruction of their lands by mining companies. Here Clemente shares how UK mining interests are exacerbating violence in Asia’s most deadly country to be a Human Rights Defender.

“Global Witness has listed the Philippines as the most dangerous place in the world to be an environmental activist. The extra-judicial killings which go under the name of Duterte’s so-called ‘War On Drugs’, and which are estimated to have reached 7 -13,000 dead, are also used to eliminate community and political activists. We know of thirty-four environmental defenders being killed since President Duterte came into office.

“The real risks are for those in the communities themselves. In the province of Batangas, Canadian and British mining interests are aiming to open large open cast gold mine operations near the town of Lobo. The local community strongly opposes the mine, which threatens an environmental disaster for farmers and fishing communities. Since August this year 3 local anti-mining activists have been killed and 5 environmental defenders were illegally arrested in Batangas.

“KALIKASAN has been working with our local affiliate BUKAL to assist the community there in Lobo. But the community has faced enormous pressure. This September the army announced it was conducting operations against communist rebels. This seems to have been used to isolate the town of Lobo and to brand opposition to the mine as communist. The area has been strafed and bombed by the airforce and people have been forced to flee their homes. When KALIKASAN tried to bring humanitarian relief and food supplies they were prevented from entering the area by the military.

“How can we allow this kind of collective punishment of a whole community to take place in order to serve the interests of foreign corporations? Moreover, if the open cast gold mining becomes operational in Lobo, the mine tailings will almost certainly seep into the Lobo River which drains straight into the Verde Island Passage- a treasure of marine biodiversity.

“The UK has become increasingly interested in expanding investment in the Philippines, particularly for mining and infrastructure. Last April 2017 the UK International Trade Minister Liam Fox visited President Duterte on a mission aimed at moving towards a post Brexit trade deal. He proclaimed to the local media that Britain and the Philippines were well placed to have closer trade relations based on their ‘shared values’. We hope he doesn’t mean human rights abuses, extrajudicial killings and environmental destruction.” 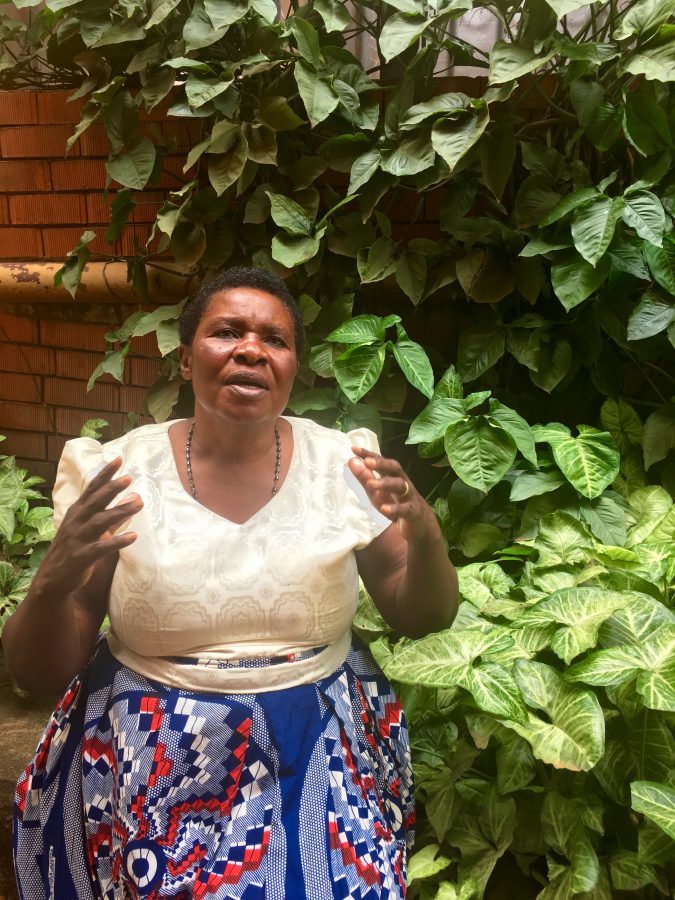 Alice Kazimura is a farmer, community leader and champion of women’s rights from Buliisa in Uganda’s Albertine Graben. Since 2006 oil reserves estimated to contain 6.5 billion barrels of oil have been discovered in this biodiverse region, triggering a rush of land-grabbing, conflict and human rights abuses.

Alice’s community, Kakindo, lies near Kasemene 1- an oil well discovered by Tullow Oil, an Anglo-Irish oil company registered on the London Stock Exchange (TLW) that has been embroiled in multiple controversies in Uganda and the UK.

“Oil mining in my community has led to involuntary displacement of communities and negative environmental impacts on mother earth and people’s livelihoods. Most of the oil mining activities take place in highly fragile ecosystems like the Murchison Falls National Park. Habitats are being destroyed with little or no mitigation.

“Unfortunately, the social and environmental cost of extracting oil and gas is increasingly becoming unbearable. Extraction has come along with grabbing of community land and forceful evictions of the communities by private individuals, government & companies. The area around Kasemene 1 is now a no-go zone for communities because it is militarised. We can no longer move freely in that area.

“Women continue to suffer the impacts of oil mining and land grabbing more than men. It’s over four years since women in our area were told not to grow food crops that take longer than three months to mature on their own land. Issues concerning families and land have gotten worse, as men leave home after receiving small compensation money. Our government has accepted that only men’s permission is needed to sign over land. Women are always ignored in this process.

“We women have been raising community awareness around issues of oil and strengthening tools for resistance. We are petitioning government, using drama to put across our advocacy messages and using the community green radio to popularise the impacts of oil on communities.

“We are promoting alternative sources of energy, such as solar energy, so that we reduce dependence on fossil fuels and the need to extract more oil and gas. We are creating safe spaces for women to deliberate on their own issues and do women’s movement building to promote these alternatives.

“We have been having practical women’s exchanges and experience sharing on the methods used for agro-ecological farming. These are farming methodologies suitable for a small piece of land. We have shunned GMOs (genetically modified organisms) by planting and reviving our own indigenous seeds. And we are doing economic activities like weaving, which bring women together.”