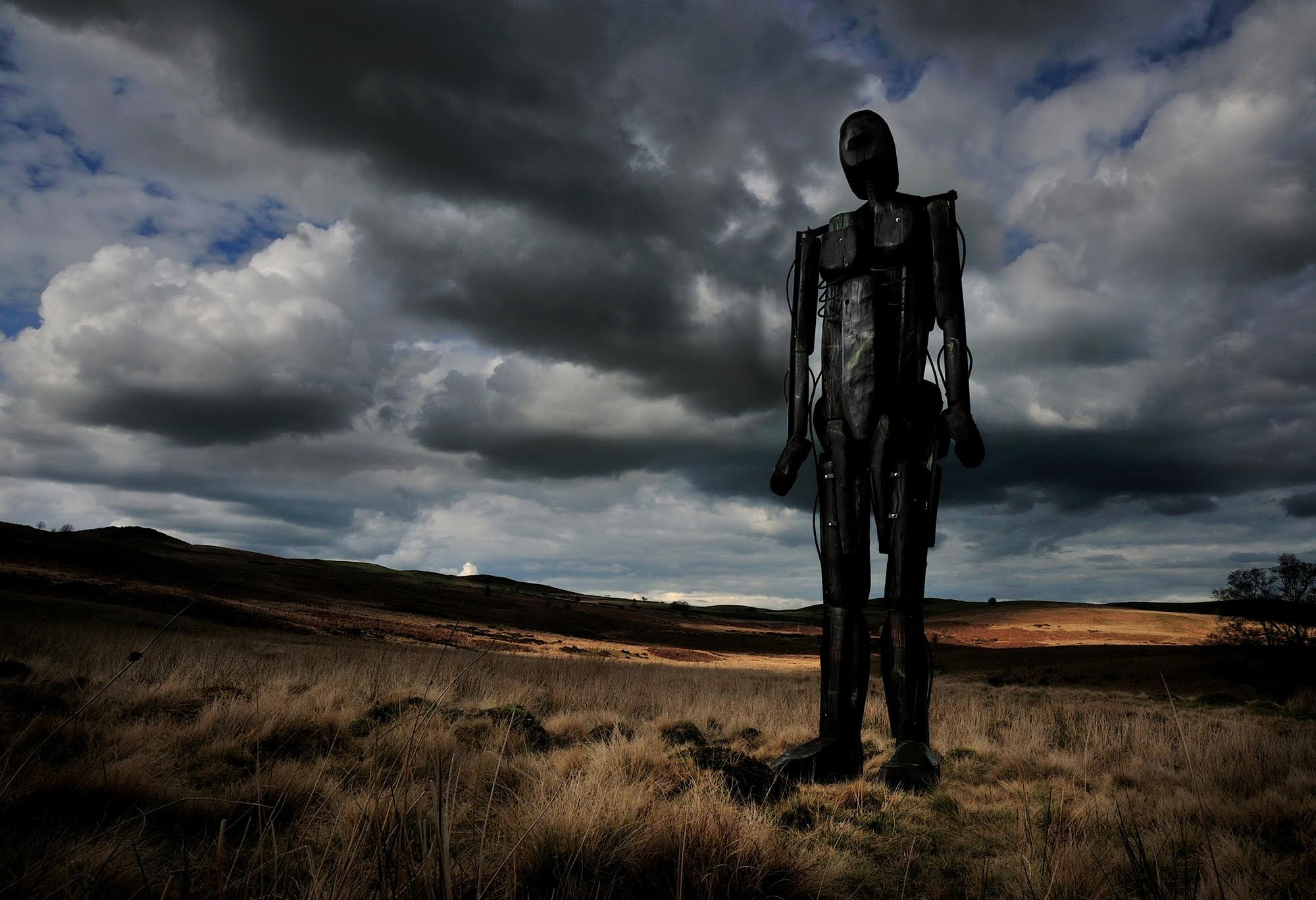 Our tenuous hold on life – framed, as it were, within our doctrine of ‘living in the moment’ – seems all the more fragile when one considers the sheer inability displayed by the human species to understand and act on the threats now posed to society. The damage wreaked on our environment by the emissions of toxic chemicals, habitat destruction and the paradigm of ‘growth whatever the cost’ continues, and yet for world governments it’s still business as usual.

From an early age (birth to be precise), our education is designed to rule out informed interrogation into the order of things; subject matter is fed to us purely to equip us for the world of work. The idea that people could live and thrive in an alternative construct of society does not even get discussed, unless it is past cultures which are conveniently described as ‘primitive’. The receptive brain of a child soaks up all it is told; by the time the few with enough imagination to challenge the perceived wisdom voice their thoughts it is too late, they realise they can have any colour – as long as it is black.

As a child, my mother took me to London’s Natural History Museum and, like most children, I was spellbound by the huge dinosaur skeletons – their vastness, their teeth and claws, the sheer scale left me wide-eyed with wonder; and yet, despite the obvious power of these creatures, we were told at school that they were weak and died out very quickly, whereas humans were highly successful, they invented tools, grew food, and, above all, were ‘civilised’. I believed this. In reality, modern human time can be measured in a few tens of thousands of years (with only the last 200 years witnessing the destruction of the environment on a major scale, to the point where the future of humanity is brought into question), whereas the dinosaurs, that weak, ill-equipped species, actually existed for around 160 million years! To my way of thinking, that’s pretty successful.

Seeing these vast vestiges of past life standing still on display in a museum setting, and seeing how we, as humans, view ourselves in terms of time and our place in the world, led me to the area of creative activity that I am currently working on. Humankind now faces the end of an existence in which the planet’s resources can be plundered, destroyed and polluted with complete abandon. It would be easy, as is often done, to blame individuals; in fact, the simple truth is that the current way society is organised is based on growth and profit – the environment, the life with which we share the planet, and indeed people themselves, come second to these objectives. Most people find it impossible to imagine a society that is fundamentally different from that in which we now live – we are told that people are ‘naturally’ selfish, it’s just progress or ‘we’ve got to move on’. Why must we believe this? It is interesting to consider than when the Palaeolithic hunter-gatherer societies made the transformation into the Neolithic, agrarian societies, this did not happen over thousands of years – it was a matter of a few generations. To change society into a form in which we grasp the concept of what it is to be human and how we live alongside each other in a mutually happy and beneficial way can happen; it just needs people to understand that this society is flawed and cannot be allowed to continue. I say again – it is not the people but the model we choose to live under.

As I write this, a brief radio news item tells us that scientists have reported that two-thirds of coral on Australia’s Great Barrier Reef have now been destroyed – bleached and dead as the water temperatures rise. This was quickly followed by some sports news, then probably forgotten by most listeners. Once lost, do the wonders of our world just get forgotten and cease to mean anything to us? I have never seen a coral reef, but I certainly want it to continue to exist, as I do wildflower meadows, elephants, honey bees, butterflies and indeed, numerous life forms that are now threatened with extinction. 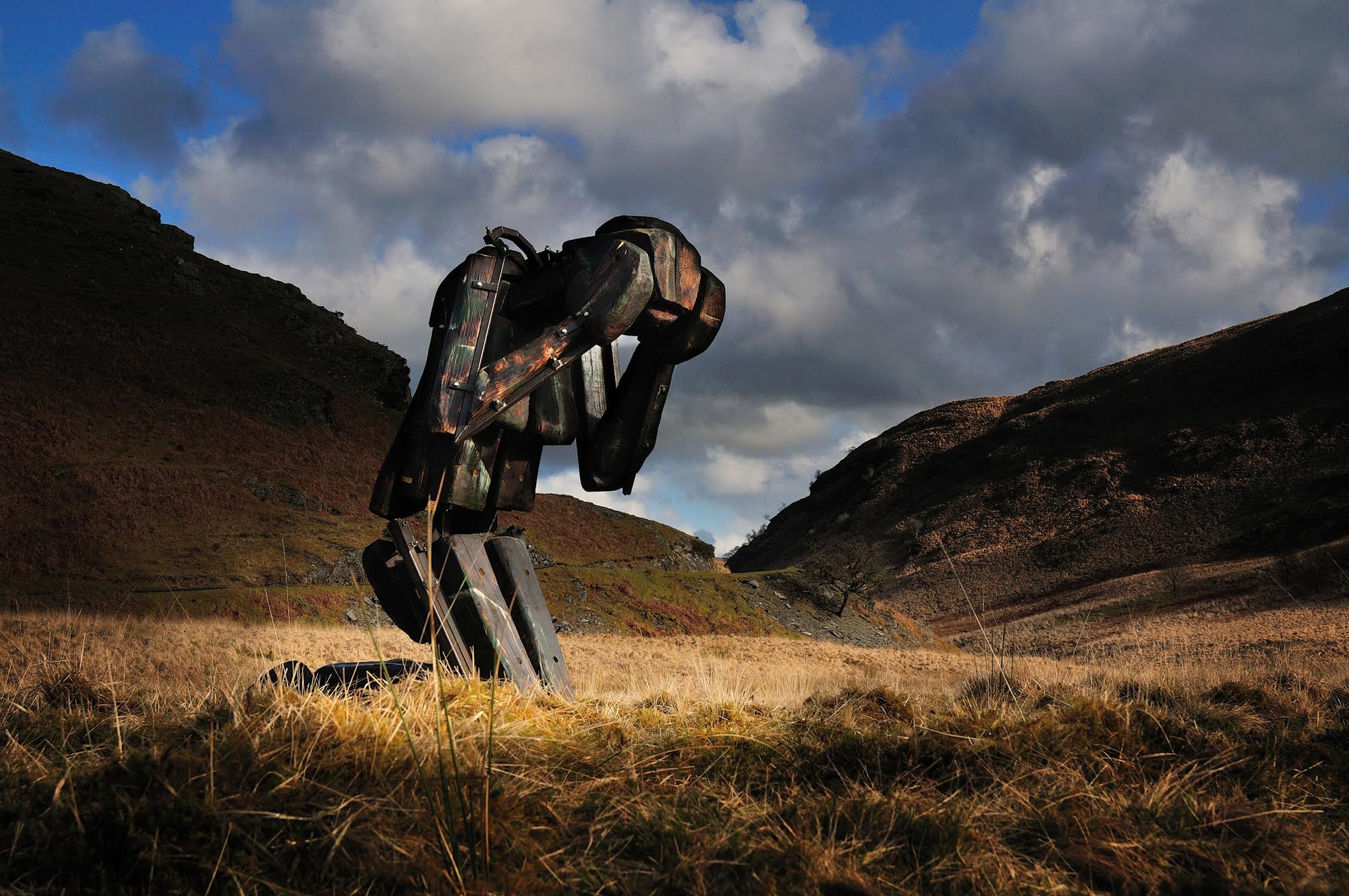 Imagine for a moment the Palaeolithic hunter; he is hungry, his sense are heightened and acute to a level we simply cannot imagine, he looks out onto a landscape untouched by human activity: rivers full of fish, unimaginable numbers of birds and animals, the air clear and scented with the nearby plants – that is his normality. Would he be troubled by the past or future? What we see today is our reality; if we have never heard a corncrake or seen flocks of lapwings, can we be expected to regret their disappearance? Do young people, shackled as they are to a life of screens, social media and the importance of self, trouble themselves over coral reefs or the decline of butterflies? Do they need to? What they experience is their normality. But I am worried, very worried that our senses have been cauterised and the sheer beauty of life is ebbing away and; in the end, it will not be there even if we want it.

I am fortunate in that my working life has allowed me to spend considerable periods of time over many years living in remote areas, predominantly the Arctic. Through living with the Inuit, still – to some extent, a hunter-gatherer culture– one gets a profound sense of the importance of our connection with the land and animals that provide the means of survival; furthermore (and this seems to happen only after a relatively long period of time), living in a place where human figures are mere specks within a vast untouched landscape, a true wilderness, gives one a clear and deep sense of just how insignificant we are.

To journey through a wilderness with an open mind and for a long enough period of time can allow a person to begin to experience a different level of consciousness which, in ‘normal’ life, would not be attainable. Some years ago I was nearing the end of a 400-mile journey across Greenland’s vast ice cap. I had pulled a loaded sledge containing my food, tent and fuel, but little else for comfort or entertainment. I had one companion.

After 40 days of grinding labour across endless ice fields, mountains and crevasses, I saw the fjords and mountains of the west coast; by this time we had virtually no food and I knew the feeling of hunger. The reason I mention this is because as we left the ice and entered the Arctic rocks and tundra, at the point where the ice sheet meets ‘land’, I had an overwhelming feeling of connection and ‘oneness’ with the hostile terrain I found myself in – it seemed somehow linked to my inner self; I felt hardwired into the landscape, liberated, and was seeing my surroundings through the eyes of a wild animal. It was a truly wonderful feeling which, sadly, dissipated soon after we finally reached a small town on the west coast.

I felt later that this power of connection to nature, the environment and landscape would have been normal for early hunter-gatherer cultures, so much so that they would not have reflected on it any more than we might on other human responses such as sadness, love or pain. The current human condition, particularly in the western world, gives little opportunity and virtually denies people the ability to engage with nature and the environment. The fact that beauty, wonder, happiness and the profound feeling of what it is to be human can be obtained without cost, and simply by engaging with our world, does not sit well with market forces or with companies trying to sell happiness through acquisition.

Our society has now reached the point where scientists are describing the beginning of a new epoch – Anthropocene. The actual geological strata is being affected by the production of plastics, concrete and radionuclides. This, alongside continued and increasing production of carbon means that the human species is successfully and relentlessly destroying the agar jelly of its own petri dish. Society has now reached a state where the majority of people have, not out of choice, ceased to have links with or engage with nature and the environment in a meaningful way. Why are we not seeing mass worldwide protests against a society that is leading us by the hand, willingly it would seem, to an existence that, at best, will be irretrievably damaged or worse, terrifying and dangerous? 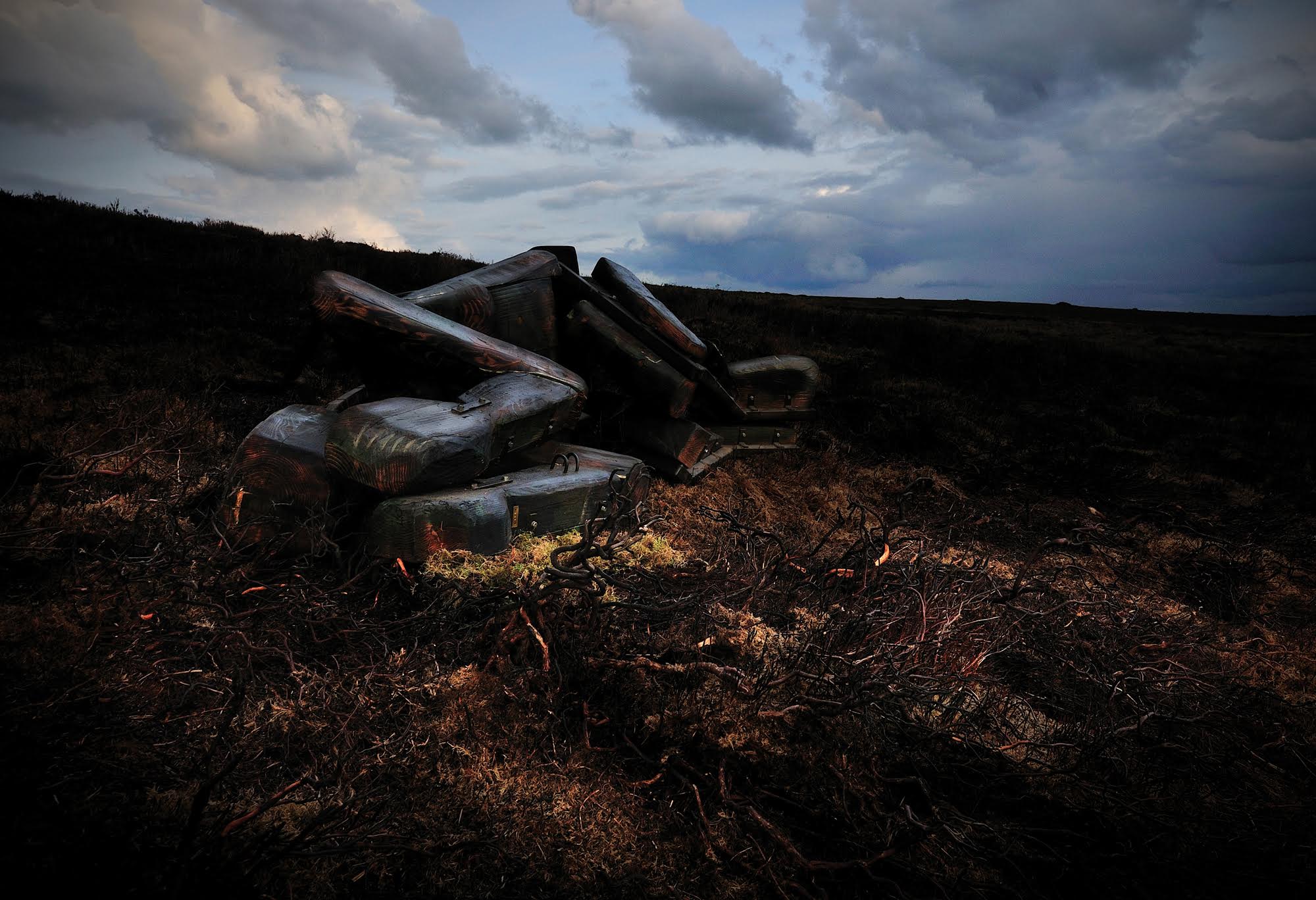 As a sculptor, these questions and concerns constantly flow through my thought processes and subconsciously, or even consciously, guide the chisels, drills and clay of what I do. My chosen materials– stone, metals and earth– and the means of construction– fire and the impact of hammer against stone – also seem to bring something of the land into the work. I have been privileged and lucky enough to feel and have intimate contact with the beauty of our world, but sometimes feel that I am shouting at people who are moving towards danger through sound-proofed glass. I make sculpture because I feel happy working in three dimensions but, moreover, it is the way I feel best able to explore my inner concerns and the way humans have become so entirely self-absorbed and inured to uncomfortable and incontrovertible evidence of damage to the very things that sustain us.

My most recent works set out to confront and explore the way in which we view our past as a species, and our relationship with time itself. I am interested in how we erroneously see ourselves as indestructible. The three figures constructed under the generic title of ‘Anthropocene’ form part of a wider group, designed not as sculptures to be seen close up, but within a landscape, or even ‘unseen’. They were assembled and placed in remote, often mountainous or moorland settings, and left in situ. I did not mind whether they were seen or not; if they were seen, then ideally it would be from a distance. Although the figures are three times life size, and at close quarters have a monumental sense about them, they rapidly become insignificant, even invisible, once any distance is put between them and the viewer.

I tried to imbue both a sense of power and sadness or melancholy into the figures. I wanted all to have qualities of dark industry as well as extreme vulnerability.

In his recent book The Great Derangement, Amitav Ghosh examines the inability, of literature and politics to embrace and grasp the enormity of the catastrophe that awaits us, and questions how future generations will look back on our response (denial?) to this. I feel that artists should be dealing with the unspeakable, using this conduit to communicate in a visceral way that sometimes only art can. Climate change – like warfare, pollution, starvation and the alteration of the planet’s surface – is a symptom of how our society is organised; until humans realise that a system based on growth and profit will ultimately self destruct, then we can expect ‘business as usual’ as we herald the dawn of the new epoch.

All photographs are from Glenn Morris’s ‘Anthropocene’ series. The sculptures are made from recycled timbers and forged iron.