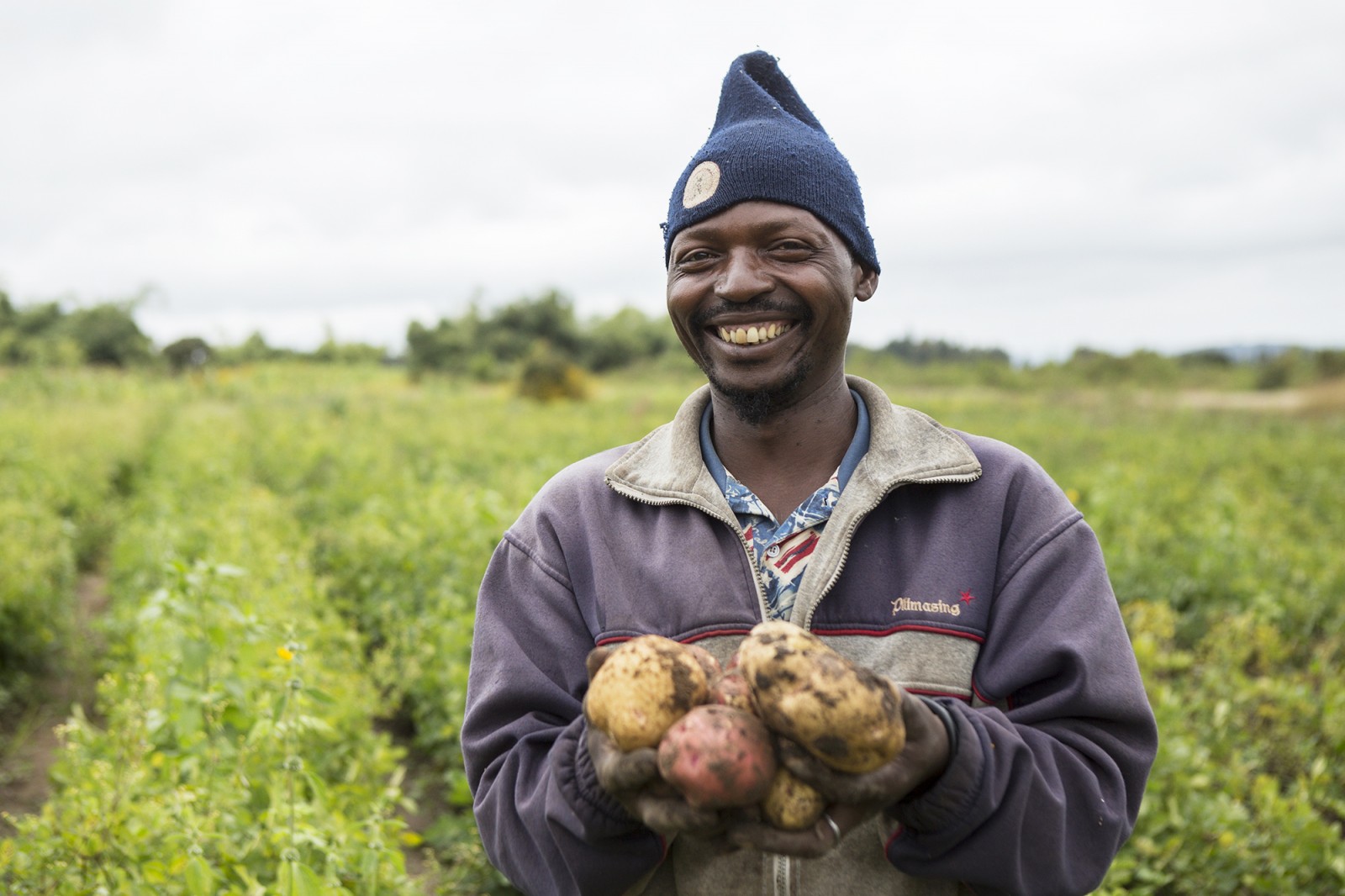 A farmer shows off potatoes he has grown near Iringa, Tanzania, which lies within the Southern Agricultural Growth Corridor. The project’s stated objective is to “foster inclusive, commercially successful agribusinesses.” Photo courtesy USAID/Tanzania via Flickr Creative Commons

Tanzania’s Southern Agricultural Growth Corridor, a huge farm production project that lies across the country’s southern highlands, seems to represent incisive thinking about Africa’s potential to produce jobs and feed the world. The $US 3.4 billion project envisions improving the capacity of 100,000 small Tanzanian farms to produce and market more of their grain, vegetables, dairy, and meat products.

On March 10 the project received one of the most important validations available when the World Bank awarded it a five-year $US 70 million loan. Yet the ink on the document signatures had barely dried when the U.S. Treasury, the largest funder of the World Bank, formally objected hours later.

The two sources of the Obama administration’s protest are 1) farmland evictions by wealthy investors that could cause social unrest, and 2) severe water scarcity. Both barriers are consistent with impediments that are hampering farmland investment and development globally, according to GRAIN, the international advocacy group that studies community food systems and small-scale farming around the world.

This month, in a new report, GRAIN found that investment in foreign land holdings, purchases that the group calls “land grabs,” remains prevalent around the world. GRAIN documented “491 large-scale land grabs taking place over the past decade. The deals cover over 30 million hectares [74 million acres] of land in 78 countries.” Devlin Kuyek, a GRAIN researcher based in Montreal, estimated the total value of foreign farmland deals identified by GRAIN in excess of $US 90 billion.

The pace of foreign farmland purchases, though, has slowed since GRAIN’s seminal 2008 and 2012 studies of the dangerous consequences of investment in temperate lands around the world. Unlike earlier in the decade, when purchases of huge tracts of temperate farmland were driven by rising food prices and food security concerns, GRAIN’s newest study finds that investors and their national government partners are now confronting serious cultural, economic, and environmental impediments they did not adequately anticipate.

“Five years ago investors thought it was easy to get involved in farmland,” said Kuyek. “It’s much more complicated now because of the attention these deals receive, and the elevated levels of risk.”

The three most important barriers for international farmland investment that GRAIN identified in its new study are identical to the 21st-century trends that are starting to strand major energy, mining, and hydropower projects globally.

The first is water scarcity. In seeking to convert an abundance of diverse small farms in a region into industrial scale operations for growing single crops, investors need considerable supplies of water for irrigation. Climate change, though, is drying up water reserves, and prompting heightened competition for water in Australia, Brazil, and across much of Africa where, asserts GRAIN, “farmland grabs are also water grabs.” 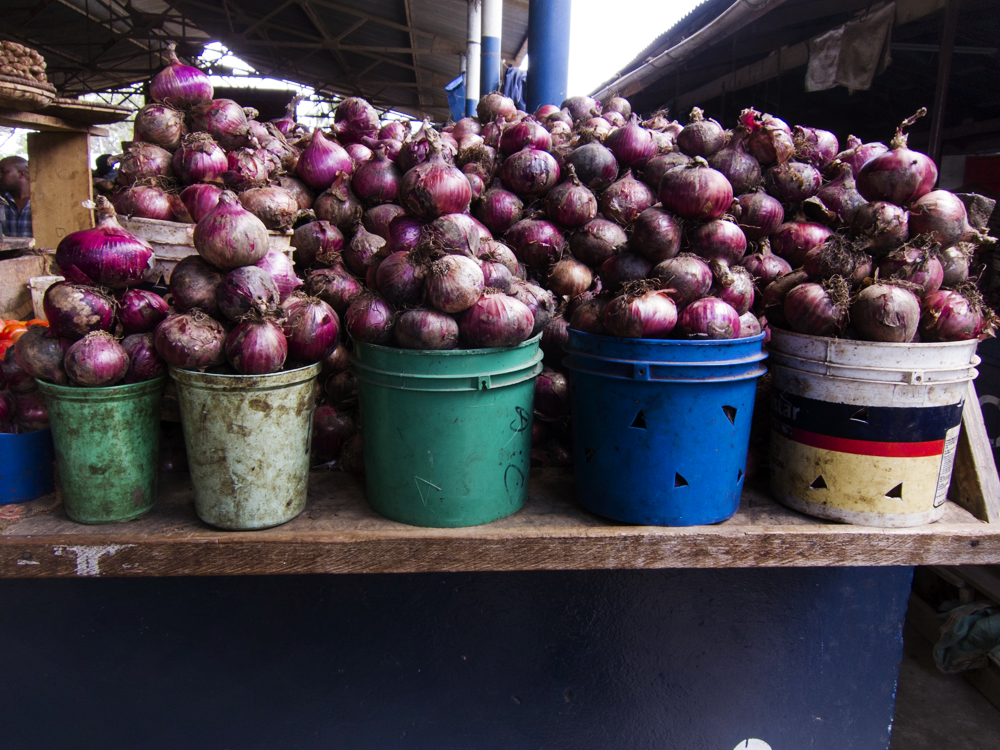 “The global farmland grab remains as much about water as it is about land,” said the authors of the GRAIN study. “With a few exceptions, land deals include access to water. In many of the cases for which we have been able to see the legal agreements—as in Mali, Senegal and Cameroon—rights to water and access to water are explicitly guaranteed in the text.”

The second barrier is fierce citizen opposition to the evictions and loss of water supplies caused when land control is transferred to private investors, most of them supported by national governments. “In 2009, public outrage over the 1.3 million hectare [3.2 million acre] Daewoo project in Madagascar helped bring down the government leading to the suspension of the deal,” said the study. “Other large-scale deals have been scaled back. In Cameroon, for example, after much protest, the Herakles deal was slashed from 73,000 to 19,843 hectares [180,000 to 49,000 acres]. Some deals have morphed into less direct forms of land takeover. In Brazil and Argentina, for instance, Chinese companies facing concerns about foreigners grabbing land have tried to work out deals to secure the production from farms rather than purchasing the land themselves.”

The third barrier is fast-moving pricing and currency value trends in commodity and financial markets, and unstable governments. Both circumstances contribute to making big investments in farmland exceptionally risky. The report cited the experience of Karaturi Global Ltd., an Indian company that borrowed $US 180 million to grow flowers, corn and sugar cane on 65,000 hectares (160,000 acres) in Ethiopia. The project encountered unexpected regulatory decisions by the Ethiopian government, and some public resistance. Progress faltered, and earlier this year Ethiopia cancelled the project’s land leases.

Other examples of failed farmland projects are becoming more common. “The Indian-owned Siva Group, for instance, amassed a farmland portfolio of nearly 1 million hectares [2.4 million acres] for oil palm plantations in only a few years,” said GRAIN. “The company is now facing bankruptcy proceedings in the Seychelles. In another example, Foras, the private sector arm of the Islamic Development Bank—which was on its way to acquiring 700,000 hectares [1.7 million acres] of farmland across Africa for a massive rice project—has vanished.”

“The world should be worried about these deals,” said Timothy A. Wise, a researcher in the Global Development and Environment Institute at Tufts University. Wise recently returned from a trip to study foreign farmland investment in Mozambique. “I don’t call them ‘land grabs.’ I call them ‘land giveaways,’” he said in an interview. “Investors cut a deal with the government. People are forced off the land. Local food supplies decline. Water is an issue. Governments seem as committed as they ever were to giving away land. Fortunately, communities’ ability to negotiate and resist is growing.”

In many ways the turbulence communities, investors, financial institutions, and governments are encountering in the market for foreign farmland mirrors the turmoil in the global energy, mining, and hydropower sectors. Big and expensive infrastructure projects, modeled after the mega-development strategies that proved successful in the 20th century, are facing vastly different ecological and economic conditions in the 21st century. Floods wiped out big hydropower dams in India in 2013. A deep drought dried up the Venezuela reservoir that supplies most of the country’s water-powered electricity, plunging the country into darkness and social chaos this year. South Africa’s plans to mine uranium in the desert Karoo for new nuclear plants, and open new coal mines in dry Limpopo province, have been met by fierce public protest.

The rising financial risks of investing in big development projects also are attracting more keen scrutiny by some national governments, among them the United States.

Tanzania’s Southern Agricultural Growth Corridor, one of the most ambitious farm development projects in the world, is a mega 20th-century design concept operating in the 21st century. The project’s basic boundaries span 350,000 hectares (865,000 acres) where 100,000 small highland farms grow a multitude of crops and graze livestock. The idea is to build the capacity of roughly 40 food processing and distribution companies, improve roads, develop new dams and reservoirs to store water, and construct modern irrigation networks. 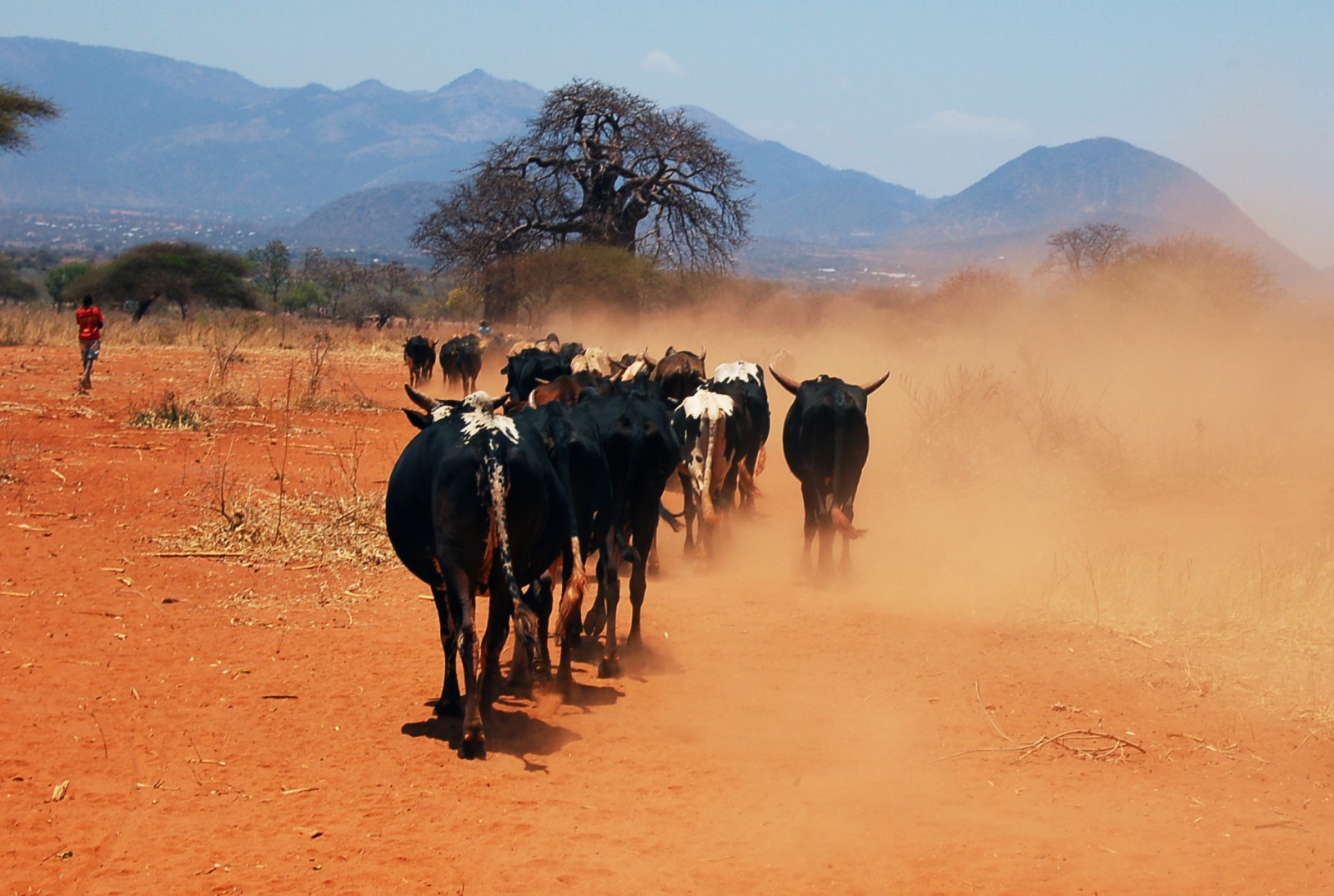 Cattle raise a dust cloud near Kongwa, Tanzania. Some cattle farmers within the country’s Southern Agricultural Growth Corridor say they are being forcibly evicted from their land. Photo courtesy BCClimateChampions via Flickr Creative Commons

The Southern Agricultural Growth Corridor’s “objective is to foster inclusive, commercially successful agribusinesses,” the government said in a statement, “that will benefit the region’s small-scale farmers, and in so doing, improve food security, reduce rural poverty and ensure environmental sustainability.”

The World Bank awarded the project a $US 70 million loan to “support Tanzania’s agriculture sector and strengthen it by linking smallholder farmers to agribusinesses for boosting incomes and job-led growth.”

In making the loan, though, the bank sought a waiver from its own board of directors from a World Bank policy that safeguards the land rights of rural farmers and villagers. The Obama administration reacted to the bank’s request for a waiver with a formal rebuke. The Department of Treasury, in a memorandum, said it was concerned that the waiver would weaken restrictions on land seizures and make it easier for Tanzania and wealthy investors to evict people from their land.

A report from Tanzania earlier this month by the Ground Truth Project found ample evidence for the administration’s opposition. Reporters Sasha Chavkin and Dana Ullman talked to Tanzanian farmers within the project’s boundary who are facing eviction. Security police are forcibly removing people from their land. One cattle farmer told the journalists that a new dam and reservoir for irrigation was forcing his family from their grazing land.

“In Tanzania, it is as if we don’t exist,” Salumu Kundaya Kidomwita, 60, a cattle herder living within the project’s boundaries, told the journalists. “It is as if this is not our country.”

The second reason for Treasury’s protest was the agency’s fear that the water supplies in the Agricultural Growth Corridor were not sufficient to support the proposed increases in farm production, largely made possible by irrigation. “The proposed expansion of irrigated agriculture in a basin already showing signs of water scarcity is likely to have significant direct, indirect, and cumulative negative impacts, including on critical and natural habitats downstream,” said the authors of the Treasury memo.

The World Bank’s record on evictions and community displacement from its investments in developing nations has come under intense criticism, most recently from the bank’s three-member Inspection Panel, which was formed in 1993 as an independent oversight and investigative unit. In April, the Inspection Panel released its newest report that found the bank had improved its resettlement policies, but also was experiencing grave problems in planning for resettling communities affected by its investments. Popularity of Big Hydropower Projects Diminishes Around the World