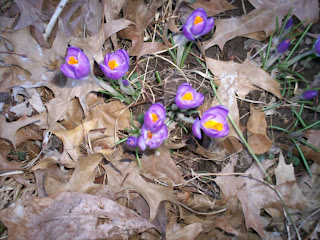 The last few weeks have been a flurry of seed ordering, fine-tuning of the garden design I began to develop in early winter, working out the 2016 planting calendar, and starting seeds that don’t need heat to germinate. Now it’s time to share with you my plans for the 2016 garden.

The garden has told me the answer to the major question I have asked it in the past three years: soil re-mineralization, done correctly and with sufficient organic nitrogen in the form of oilseed meal, has resulted in a noticeable increase in yield, measured in pounds of food obtained per unit area, versus the way I had gardened from 1999 through 2012. It also told me that the re-mineralization program reduced pest and disease pressure (except for squash bugs … nothing seems to stop them) and improved the taste of some vegetables as well. It also told me that planting according to Steve Solomon’s semi-intensive spacings leads to no worse yields than the closer spacings of the HTGMV approach, that Solomon’s spacings make it easier to plant and maintain the garden, and that timely weeding is more important to high yields than I had realized. Finally, it demonstrated that ecological insights can be applied to vegetable gardening to explain why Solomon’s approach has worked better for me than the HTGMV approach.

Re-visiting the larger question that I have been trying to answer since 1999 – is it possible to grow all of one adult’s food in about 1,000 square feet in a sustainable way? – I conclude that the answer is no, that it will require much more space than that, at least in this climate. I plan to post on why that is later on. But in the meantime, that leaves me with how to proceed in the garden in 2016.

Over the past year, I’ve begun to realize that I want to go in some different directions than the current yard design allows. Through Xerces Society’s book and through blog posts I have learned a little about pollinators and their difficulties. Now I want to do my part to help them by establishing more flowers over the yard as a whole. It doesn’t hurt that since Mike’s pensions and Social Security have kicked in, we have enough extra money over expenses that I can put some of it toward buying more of the tricky-to-start-from-seed prairie, savanna, and woodland plants that will provide more blooms for the pollinators for more of the growing season and help to increase the population of the plants as well. And besides that, I love flowers and want to have more of them around to feed my soul as well as the land and its other inhabitants.

This will happen in stages over the next few years. For this year, I have re-worked the vegetable garden design, from 15 beds of vegetables and grains down to 10 beds (each bed is 100 square feet in area). As I mentioned in the previous post, I harvested more than we could eat of some crops last year. With that knowledge, I was able to re-design the bed layout to avoid excesses, reducing the total area I need to devote to vegetables and grains. I also realized I could plant the sweet potatoes into the bed that I harvest the potato onions from in early June, since that’s about when the slips arrive, while planting the squash around the edges of the beds planted to corn. We still have squash and sweet potatoes in storage, so these along with grains and oilseeds could be our mainstay garden crops from late winter, when the radishes and turnips are gone, through June. But we don’t eat enough squash to devote a whole bed to it.

I have eight other beds within the currently fenced-off food garden area. Of these, one is already planted to strawberries, but the current plants were put in before I practiced soil re-mineralization. In 2016 I’ll re-locate some of the strawberry plants to a re-mineralized bed, then re-mineralize the former strawberry bed and plant it to black-eyed peas. Another bed is planted to asparagus, but that turns out to be much more asparagus than we eat. That bed will be re-mineralized and planted to potatoes.  A third bed is a not-well-thought-out mix of raspberries, rhubarb, and some pollinator-attracting perennial flowers. The flowers will be moved elsewhere in the yard and the raspberries will be moved into their own, re-mineralized bed. Unless I find some place to park a few rhubarb plants, they will go. Neither Mike nor I care for it. I might also try to relocate a few asparagus plants elsewhere in the yard, but no more than three. I like it but Mike doesn’t.

That will leave six beds in the food garden area to plant for the use of pollinators. Pollinator seed mixes are a popular item in the 2016 seed catalogs. After mulling over the various offerings, I chose Johnny’s Bee Feed Mix. It was available in a large enough size to plant more than the 600 square feet I’ll plant to it this year, it was priced fairly for the size, and it has 19 different species including six perennial species that I have elsewhere in the yard and know how attractive they are to pollinators. There are several annual species included as well. My beds aren’t weed-free as is recommended, but I can do some weeding before I sow the mix. And if some weeds show up, not a big deal, as long as I remove the weedy woodies each spring.

The mix of pollinators and food crops is meant for more than just feeding pollinators. I am also interested in learning if at some time in the future I might be able to further reduce or even eliminate the use of soil amendments other than my own compost. While last year’s results show that a few fully-mineralized and properly tended beds can generate far more food than I realized, the amendments come from someplace else. Peak nitrogen, phosphorus, and potassium aren’t that far off. Over the long run, I like Steve Solomon’s idea from The Intelligent Gardener (linked to above) of a one-acre plot divided into eighths, with one of the eighths planted to fruit and nut trees and some herbs, and perhaps also housing small livestock like rabbits or chickens. The vegetable garden would be located on another eighth and rotated in turn through each of the remaining eighths. Each of the rested plots would be re-mineralized once before it’s planted to a mix of grasses and pollinator-attracting flowers. Perhaps something like this, with the plots rested most of the time, would preserve the minerals and organic matter enough so that the vegetable plot would do well with compost only. Even though we have an acre lot, most of it is already planted to trees, so I can’t do the full version. But I can start with the six beds planted to the pollinator mix for a few years before I rotate food plants back onto them and rest some of the beds that now produce foods. In the meantime, I could remove the few small trees just north of the food garden and begin to mow that area during the growing season. Some of it is in lawn grass now. The rest is what came up in the former owner’s vegetable garden after we stopped mowing it and I tried seeding it to a prairie mix. For the most part the prairie mix didn’t take. What is growing there now are the goldenrod and aster species typical of former fields, along with weedy woody seedlings, grapevines, and poison ivy. If I remove the weedy seedlings and vines and start mowing the area, that will over time reduce the dominance of goldenrod and aster and starve the vines’ root systems, allowing me to lay out beds and plant them to cover crops over the next few years. Eventually I should be able to bring that area into the food garden rotation. Even if I can only rest each bed half of the years instead of six-sevenths of them as Solomon proposes, it’ll be better than nothing, and it’ll get more pollinators into the yard.

Another change I’m planning for this year is removing the fencing around most of the currently fenced food-growing area. I’d hoped it would keep out rabbits, but it has failed to do so. It is very effective at keeping me from mowing right up to the edge of the food beds and it provides a place for weedy vines and trees to take hold and grow. The fencing will go to the recycler while the posts will be re-used to mark out the corners of the food beds.

This year I will try growing a dent corn developed in Ohio. Carol Deppe got me excited about her flint corn, but it didn’t seem to perform that well for me, nor has the flour corn I’ve tried in the past. It’s time to try a dent corn, the overwhelming favorite in the Midwest. I also plan to try a bush version of butternut squash that is supposed to be as good or better tasting than ‘Waltham’ and try once again the oilseed pumpkin ‘Kakai’. I’m trialing two pink main-crop tomatoes against the so far invincible ‘Arkansas Traveler’, new-to-me varieties of lettuce, storage cabbage, and collards, and I will try orach, a cool-weather green, for the first time this year.

In later posts I’ll explore other changes I want to make in the yard over the next few years. I have a number of other post topics in mind as well. I know I’m not the best for responding in a timely way to comments, nor have I done as well as I’d like in keeping a regular posting schedule. But a new growing season is about to begin. May it bring on better posting habits!