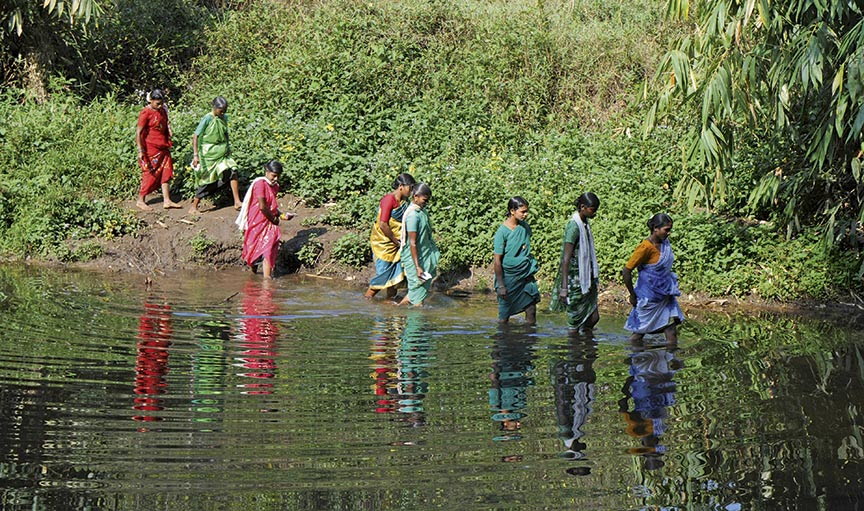 The adivasi women of Edamalakudi, are all Muthavan tribals. Almost all are members of Kerala’s extraordinary anti-poverty and gender justice movement – Kudumbashree. pic: Madhuraj, Mathrubhumi Weekly

When 60 women in Edamalakudi carried about a hundred solar panels on their heads across 18 kilometres of hill, forest and wild elephant territory, they made history of sorts. In this, Kerala’s remotest panchayat or elected village council, there is no electricity. Solar panels and batteries are the only power source for the 240 families of this cut-off region. You can even run the odd television set on that power.

When the village panchayat acted – partly under their prodding – to try and reach solar power to all, these women took on the task. They picked up and brought the panels, each weighing up to 9 kilograms, across hostile, hilly, up-and-down terrain between Pettimudi and here. On foot. There is no other way to reach Edamalakudi, Kerala’s first tribal panchayat, in Idukki district. They had formed a "Chumattu koottam” (headload workers group), riling local male porters who had enjoyed a monopoly over such work. 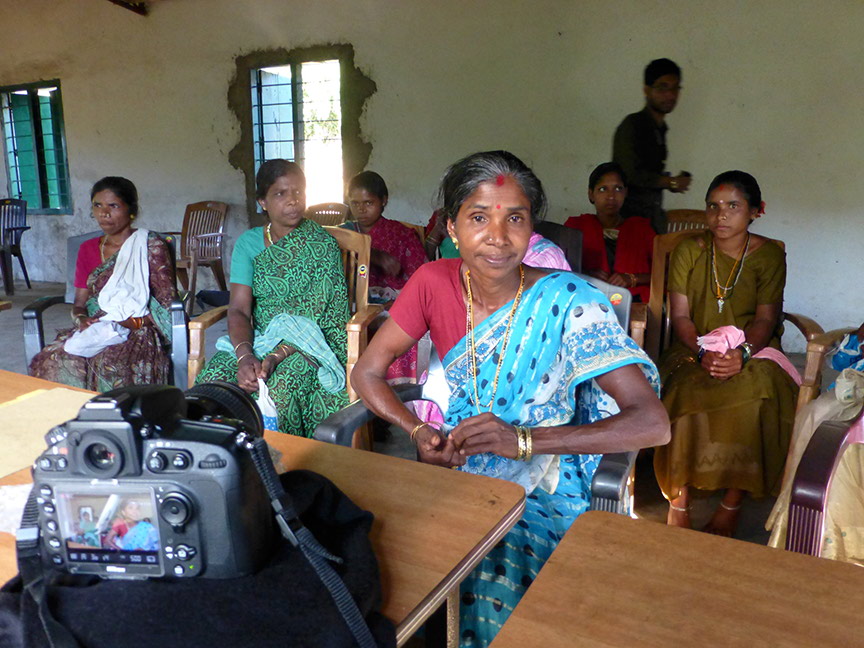 All the women are adivasis (India’s ‘first dwellers’ comprising hundreds of tribes). All are members of the Muthavan tribe. And almost all are active members of Kudumbashree, Kerala’s extraordinary anti-poverty amd gender justice movement, with nearly four million women members.

“It took nine hours,” smiles Ramani Arjunan, Chairperson of the panchayat’s Kudumbashreeunits. (The women mostly refer to their movement as “CDS” – community development society). “Some of the stronger ones carried two panels on their heads. Others just one at a time. You have seen the route yourselves and you know it was not easy. But we did it.”

“We got Rs. 85 per panel,” says Ramani. “And another Rs.180 since the work was done for the panchayat and qualified for the daily wage of Rs. 180 under the NREGS (National Rural Employment Guarantee Scheme).” So those who carried two panels made Rs. 350. Hardly great money for that kind of gruelling labour. But still, more cash than they would earn on most days in the year in this isolated region. They’re ready to take on more such work, says Ramani. She is gentle, soft-spoken, yet clearly a strong leader. 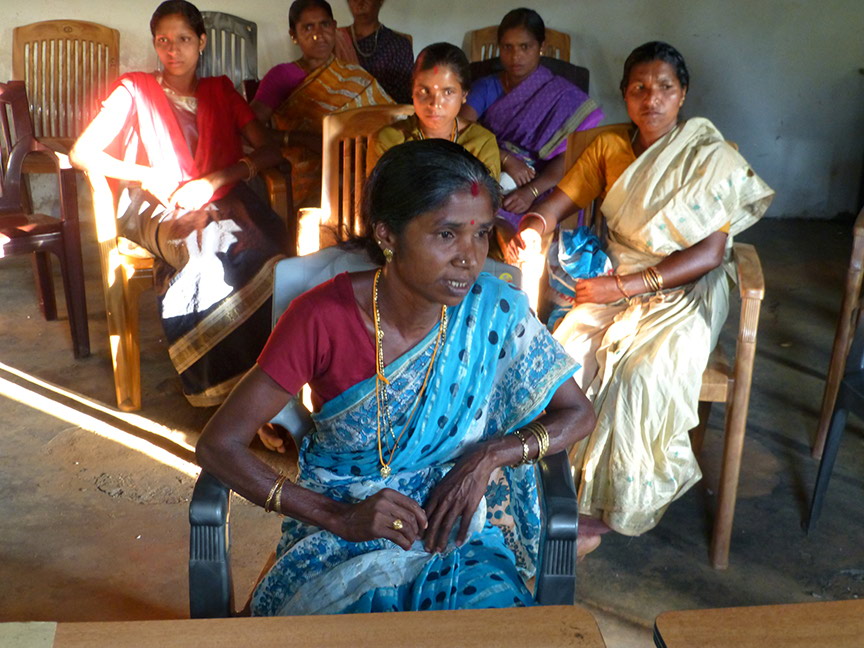 But the Kudumbashree or ‘CDS’ groups of Edamalakudi do far more challenging things. They practice ‘group farming’ in small plots. They are focused on food crops and, in those, on organic farming. They also practice shifting cultivation. “No, we use no chemical fertiliser.” Also “We have not cut any trees.”

It’s incredibly hard work. But they are successful farmers. Only, this is jungle, and elephants, wild boars and other animals raid their rich crops regularly. A high-risk livelihood anywhere, farming here has the added element of physical danger. Since this is forest land, they also have nopattas (title deeds) and will not get them. Yet the demarcation of plots by boundaries invisible to all but the adivasis, works well for them. There is no conflict.

“There are 40 CDS groups in Edamalakudi,” says Ramani. “Of these 34 are into farming. Each group has five members or families involved.” Sitting alongside her are about 30 other Kudumbashree members, chipping in with their own comments. There’s Shanti Shivam, Kamakshi Devendran, Kausalya Loganan, Malliga Muthupandi, and many others. Different voices speak. 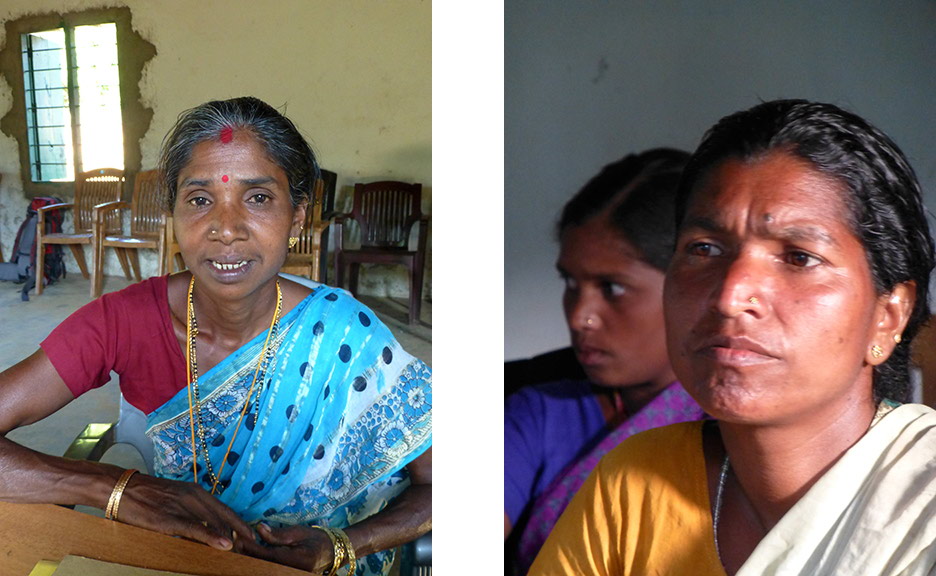 “Our farming groups (krishi sanghas) grow ragi, paddy and other food crops. We also grow some tapioca and plantains.” Some even do a bit of natural cultivation of cardamom. “But overwhelmingly, we grow food crop.”

“The crops came along very well. Things were good. But there were two problems. One: the wild animals who ravaged 50 per cent of our first crop. Two: for any surplus, where’s the market? We have to walk through 18-km of wild elephant territory to reach one.”

How vital is the market? “We are clear that our first aim is to feed our families. Only if there is something left over would we take that to market. However, that part also helps us. It gives us the money to buy other things we need. But there’s no access road. No transportation.” 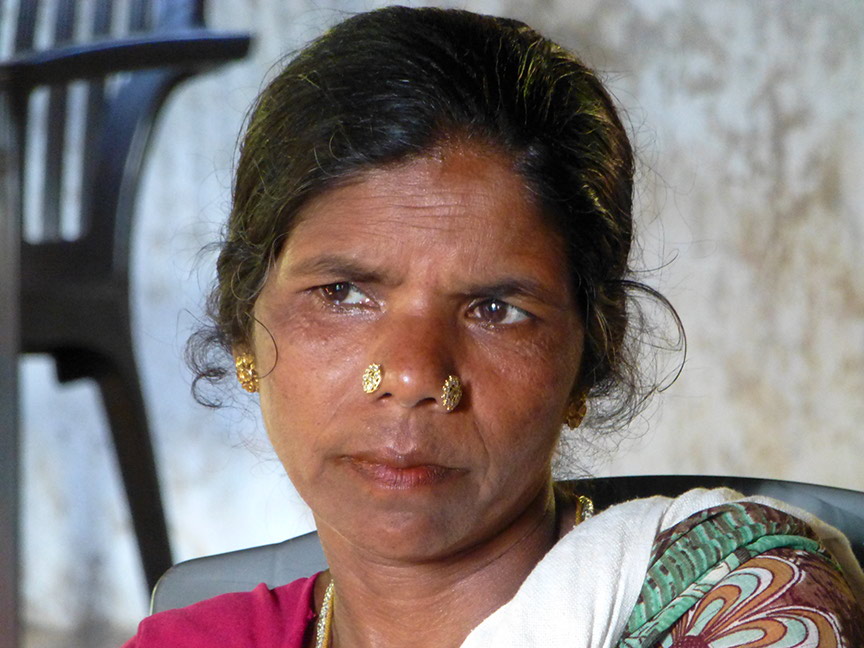 The women seem confident they can operate bank accounts

“We need a bank branch here. Just a handful of us have bank accounts.” This is, for Kerala, a rare village council whose President has only recently learned to sign her name. But the women seem confident they can operate bank accounts. The CDS groups here raised well over half a million rupees from their activities and savings which they lodged in a fixed deposit in a public sector bank. No market-linked investment for them.

Which is more important to them: group farming? Or individual farming? Both have a role, they say.

“Group farming is better,” says Ramani, as many around her nod in agreement. “In collective functioning, if one person falls behind, the others will help her manage.” “I like to do individual farming, too,” says another woman. “That has its own rewards. But this way helps us feed our families better. As a group, there are other effects beyond farming. Members become a source of support and solidarity for each other. This spills over into family life as well. That is very important to us. So why should we not do both?”

Professor Ananya Mukherjee of York University, Toronto, has written on the innovative approach to food security of these groups. “Some 2,50,000 Kudumbashree women throughout Kerala have come together to form farming collectives which jointly lease land, cultivate it, use the produce to meet their consumption needs and sell the surplus to local markets. “This,” she points out, “increases the participation of women in agriculture … (and) ensures that women, as producers, have control over the production, distribution and consumption of food.”

The women of Edamalakudi do all of this under the most difficult conditions.

“Would you prefer,” we ask, “to see yourselves as producers, or as labourers? As paid workers?” Every single one of them wishes to be seen, and sees herself, as a producer. 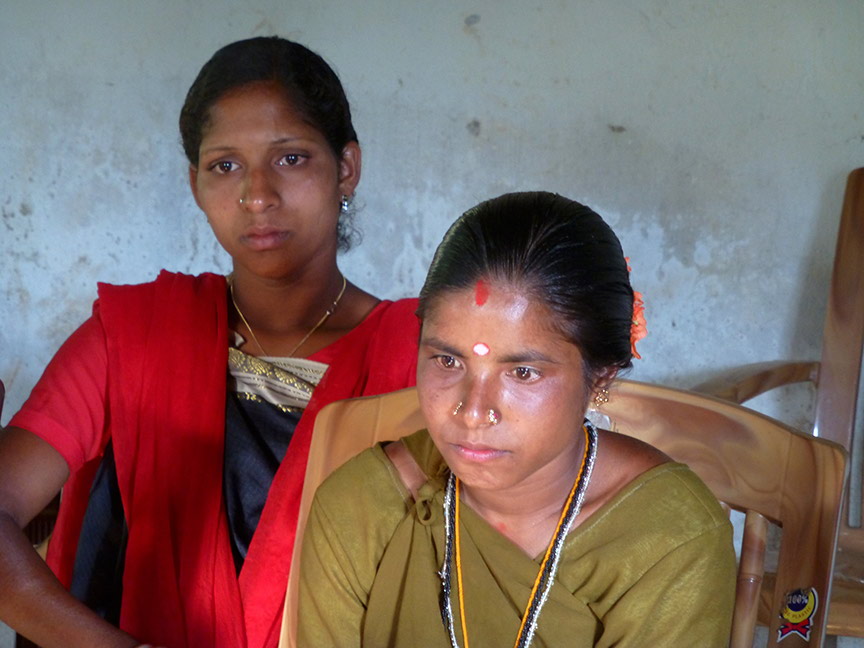 As a group, say the CDS women, there are other effects beyond farming. Members become a source of support and solidarity for each other

One more thing, we ask Ramani. “You say that, as the tribal people of these lands, you should control the forests. That the new road being planned will kill the forest and destroy the Muthavans. At the same time you complain that you have to trudge 18-km each way to get produce to the market. For that you say you wish you had a road. Isn’t that contradictory?”

“Not at all,” says Ramani. “We are not asking for an open highway. We seek a fully-controlled ‘jeep road’ to which there is restricted access. Controlled under forest law, it will limit access to miners, timber seekers and other outsiders. We would not be overrun. But we would have access to the market."

Now it is getting dark and many of the women who have come to the ‘Societykudi’ from other, far-off hamlets, must leave. They have a long trek to do through the jungle in poor light.

Our band of eight wanderers had trudged those full 18-km to arrive here exhausted. Even though we carried no solar panels on our heads. We had come here all the way just to talk these extraordinary ‘CDS’ groups. Kerala’s Minister for Local Administration M.K. Muneer had told us in Thiruvananthapuram, the state’s capital, that the groups of Edamalakudi were special even byKudumbashree standards. I was a little sceptical, then. You need to be, when a minister is praising efforts falling within his own portfolio. After meeting the women of Edamalakudi, however, you might think maybe he was understating their achievements. 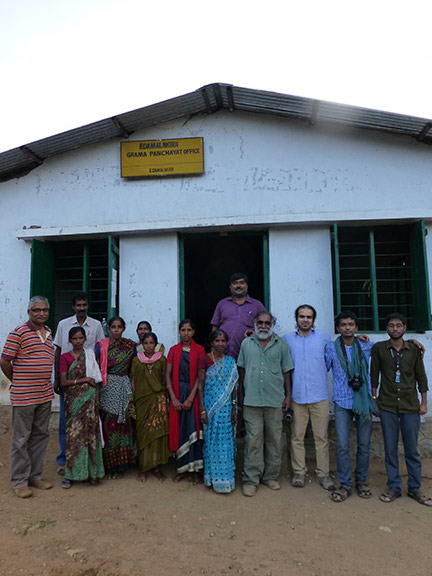 It is a sane voice in a mad world.