In Nebraska, 121 publicly-owned utilities, 10 cooperatives, and 30 public power districts provide electricity to a population of around 1.8 million people.

In the United States, there is one state, and only one state, where every single resident and business receives electricity from a community-owned institution rather than a for-profit corporation. It is not a famously liberal state like Vermont or Massachusetts. Rather, it is conservative Nebraska, with its two Republican Senators and two (out of three) Republican members of Congress, that has embraced the complete socialization of energy distribution.

In Nebraska, 121 publicly-owned utilities, 10 cooperatives, and 30 public power districts provide electricity to a population of around 1.8 million people. Public and cooperative ownership keeps costs low for the state’s consumers. Nebraskans pay one of the lowest rates for electricity in the nation and revenues are reinvested in infrastructure to ensure reliable and cheap service for years to come. “There are no stockholders, and thus no profit motive,” the Nebraska Power Association proudly proclaims. “Our electric prices do not include a profit. That means Nebraska’s utilities can focus exclusively on keeping electric rates low and customer service high. Our customers, not big investors in New York and Chicago, own Nebraska’s utilities.” Payments (in lieu of taxes) from the state’s publicly-owned utilities exceed $30 million a year and support a variety of social services throughout the state—including the public education system.

Nebraska has a long history of publicly-owned power systems dating back to the beginnings of electrification in the late 1800s. Initially, these co-existed with small private utilities. However, in the post-World War One era, large corporate electric holding companies backed by Wall Street banks entered the market and began taking over smaller private and municipal systems. Using their financial and political power, these corporations dramatically consolidated the power industry in Nebraska and attempted to stop new cooperatives and publicly-owned utilities from forming. During this time more than one-third of the state’s municipal utilities were sold to private corporations.

Tired of abusive corporate practices, in 1930 residents and advocates of publicly-owned utilities took a revenue bond financing proposal straight to the voters, bypassing the corporate influenced legislature which had previously failed to pass similar legislation. It was approved overwhelmingly—signaling both popular support for publicly-owned utilities in the state and also the beginnings of their resurgence. Led by powerful Nebraska Senator George W. Norris—the driving force behind the publicly-owned Tennessee Valley Authority—a series of state and federal laws were passed including: the state’s Enabling Act (1933) which allowed 15 percent of eligible voters in an area to petition for a decision on a publicly-owned utility; the Public Utility Holding Company Act (1935) which forced the breakup and restructuring of corporate electricity monopolies; and the Rural Electrification Act (1936) which provided financing for rural electricity projects. By 1949, Nebraska had solidified its status as the first and only all-public power state.

Local control and the possibility for democratic participation are defining features of Nebraska’s publicly-owned electricity system. At the ground level, public utilities and cooperatives are run by publicly elected power district boards, cooperative boards, or elected city councils (often through appointed boards). These bodies establish budgets, establish service standards and policies, and set prices. Regularly scheduled meetings of power boards and councils are open to public involvement and comment. Should they so wish, every Nebraskan has the opportunity to become involved in the decision making of their local electricity provider. One such example relates to the increasing use and proliferation of renewable energy facilities. While the state remains heavily reliant on coal and nuclear sources to provide low-cost energy to consumers, interest in renewable energy—primarily wind—has taken off in recent years. In 2003, electricity consumers, many of whom drove more than 100 miles for the event, participated in an eight-hour deliberative polling survey for the Nebraska Public Power District (NPDD)—a public corporation owned by the state of Nebraska that supplies energy to 600,000 people via local publicly-owned utilities and cooperatives. The topic at hand was the potential addition of more than 200 MW of wind energy by 2010. 96 percent of the participants supported the wind project, with 50 percent agreeing it was the right size and 36 percent wanting it expanded (compared to just 3 percent who wanted it reduced). 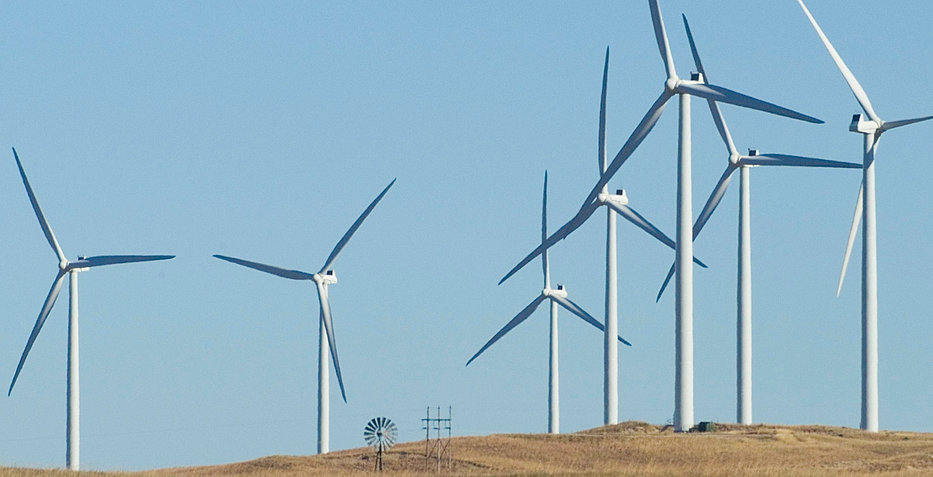 In addition to its other wind power facilities, in 2005 NPDD began operating the Ainsworth Wind Energy Facility, the nation’s 2nd largest publicly-owned wind farm consisting of 36 turbines generating up to 59.5 MW of energy. In 2011, the state’s energy plan acknowledged both that power generation from wind had doubled every two years since 2006 and that developing just 1 percent of the potential energy from wind in Nebraska would satisfy the state’s entire peak demand.

Moreover, public ownership of electricity generation and distribution in Nebraska is complemented by another seemingly socialist idea—planning. The Nebraska Power Review Board is a state agency that oversees the publicly-owned electricity system. In addition to its regulatory functions—such as monitoring rate increases and arbitrating conflicts—the five person Review Board (appointed by the Governor and confirmed by the legislature with party, occupational, and term limit restrictions) “oversees the preparation and filing of a coordinated long-range power supply plan,” as well as the location and construction of new electricity generation facilities.

A common concern with public ownership of larger scale systems is that it can lead to inefficiency, unaccountability, and bureaucracy. But Nebraska’s nearly 100 year old experience with a completely public and community-owned electricity system demonstrates that this does not necessarily have to be the case. The principles of subsidiarity and local control can, in fact, be preserved through a networked mix of publicly-owned institutions at various scales without sacrificing efficiency or service quality. Of course, public ownership alone is not a fix-all solution. It does, however, provide an opportunity for a community, a city, or even a whole state to become actively involved in economic decision making on important matters affecting their lives, their environment, and their future.