What is really going on Iceland? Have they been jailing bankers, creating unprecedented press freedoms and crowd sourcing their new constitution?

Thanks to Gunnar Grimsson (Citizens Foundation and Your Priorities) for his fascinating interview. His insights are key and really give a balanced behind the scenes view of what is happening in Iceland since the 2008 economic crash. I’ve added my additional REconomist thoughts and photos below. This is the second in a series with the first being about Brazil.

You can listen to Gunnar’s interview in full here.

We’re all acutely aware that Icelandic banks triggered the 2008 crash. Landsbankinn is one of the banks that went bankrupt in 2008 causing a domino affect that still 5 years later is profoundly impacting our economy. 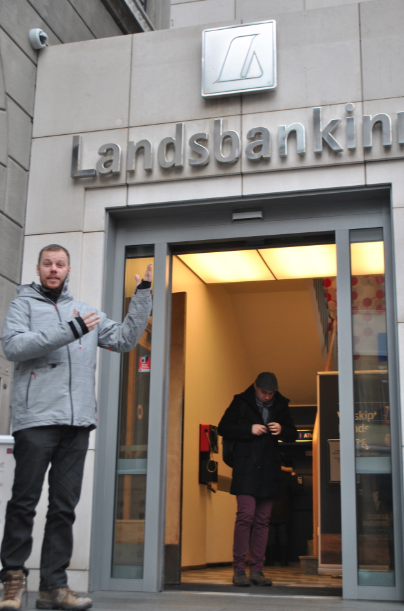 Since then Iceland has become a poster child to many change-makers for very different reasons. Here’s the type of info-graphic that I, and thousands of others, have gleefully posted on social media. 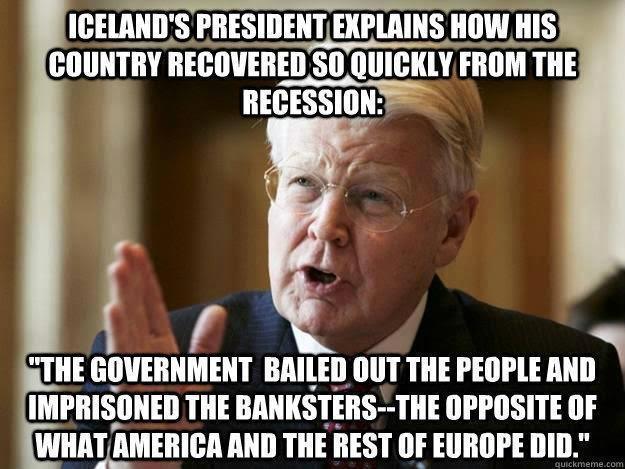 I know that I’ve certainly been guilty of desperately seeking signs of radically different economic approaches. Everyone is questioning our current system but who will be the first to do things truly differently? I want to see step change and like many I’m clinging on to the Icelandic revolution as a story of hope and possibility.

So, is it real? Did they, as some have said, “bail out the people and jail the bankers”? Has Iceland, influenced by Wikileaks, now got the “strongest press freedom laws in the world“? Do they have a “crowd sourced constitution”? In short the answer is that most of these revolutionary acts, both financial and political, have been over hyped or haven’t yet had any noticeable impact and may never have an impact.

This brilliant blog post from Baldur Bjarnason pulls to pieces many of the stories around debt relief for homeowners, jailing bankers and the Icelandic government refusing to pay back international bank debts. Gunnar states that its “80% utter bollocks” and “most of that is just talk, both from the government and especially from our extremely opportunistic president”.

That said bankers have been jailed, admittedly for what amounts to quite blatant and distinctly fraudulent acts, rather than anything that in anyway questions the broader fundamental system and practices that were in play in the build up to 2008. Looking for the silver lining, its true to say that you’d still struggle to find any other countries that have jailed bankers that were in someway connected to the crash.

Again Baldur Bjarnason pours cold water on the idea that Iceland now has a crowd sourced constitution and Gunnar Grimsson confirms this by saying that, “the constitutional work is, depending on how you look at it, either frozen or dead”. It’s essentially been knocked into the long grass as two consecutive governments need to agree upon constitutional changes and the current right wing government is fundamentally opposed to it. But again, looking for the silver lining, you cannot ignore the bottom up collaborative process the Icelandic people tried and that is described in the great ‘Pots, Pans and Other Solutions’ documentary.

For the final revolutionary story that is often talked about, here’s a really good update by Birgitta Jónsdóttir on the Icelandic Modern Media Initiative (IMMI) and “how WikiLeaks changed her country forever”. Both Gunnar and Bridget link the IMMI to the crash in 2008, with Gunnar saying that primarily 2008 was “a trust crash” and that the IMMI declaration is a concrete example of responding to that lack of trust. He goes on to say that he hopes that “something comes out of it but at the moment it hasn’t actually changed anything”.

You’ll have to listen to the full interview for Gunnar’s more detailed and very candid run down of progress in terms of the jailing of bankers, press freedoms and the new constitution.

Being part of the REconomy Project I was very keen to find the positive and concrete projects that were part of this Icelandic transition. It’s kind of what we do! Gunnar Grimsson’s eDemocracy start up called Your Priorities is a great example. But as Gunnar told me, the change that is happening hasn’t manifested into lots of concrete start ups and initiatives. The change is far deeper and all of the visible changes are just signs of a more cultural level change that has “influenced the mindsets of many people” and quite frankly I think that’s where it has to happen first. Policies, projects and enterprises are useless without a culture to underpin them.

Unknown to me our interview took place in a coffee shop that used to be a McDonalds but the multinational giant has pulled out of Iceland in part because of the financial crash. As usual, the revolutionary optimist in me was sure this was a sign of the Icelandic revolutionary nature… but not quite! “…the first thing Icelanders do when travelling abroad is go to McDonalds” said the tourist information lady. But that’s natural, all countries have a full diversity of people, it doesn’t mean that Iceland is without its revolutionary or evolutionary tendency. The optimist lives on within me and I have a right to be biased. Iceland has history of pioneering in this regard as it has the oldest extant parliamentary institution in the world. 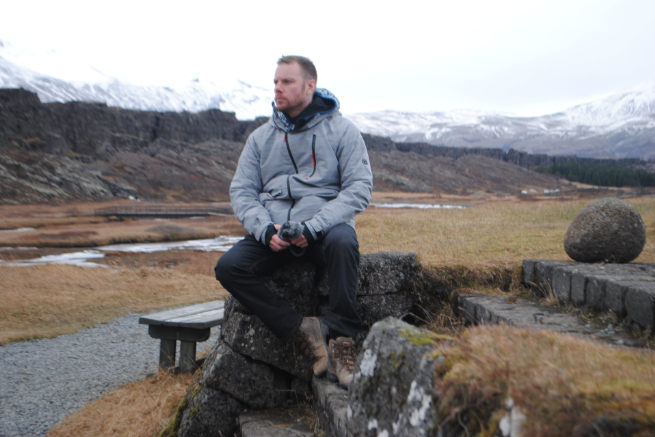 All free men could attend and would likely have sat on these exact “assembly fields”. I couldn’t help but wonder how these assemblies would have been? Would they have had any resemblance to our current growth in “people’s assemblies” all across the globe? One thing has definitely changed. In the original Icelandic assemblies one person was charged with memorising all of the country’s laws. Perhaps that would be a good way of limiting the amount of laws we have today instead of needing a super computer and hundreds and thousands of lawyers?

Iceland’s pioneering past makes me look at Gunnar’s eDomcracy initiative with a slightly different bias. Their Your Priorities website offers a “free eDemocracy website for every country in the world” and the use of the platform is spreading with “12 local partners with 12 different projects that will reproduce our successful Better Reykjavík electronic democracy project in Iceland. There are 4 projects from Serbia – 3 from Kosovo and one each from Albania – Bosnia – Croatia – Montenegro and R.Macedonia.”

I finished Gunnar’s interview by looking at the future and discussing Iceland’s resilience to possible future financial and energy shocks. In short nothing has fundamentally changed to the financial systems since 2008.

In terms of Iceland’s resilience to peak oil and energy shocks the country has a whole series of rather unique socio-ecological circumstances and often contradictions, extremities and split realties. 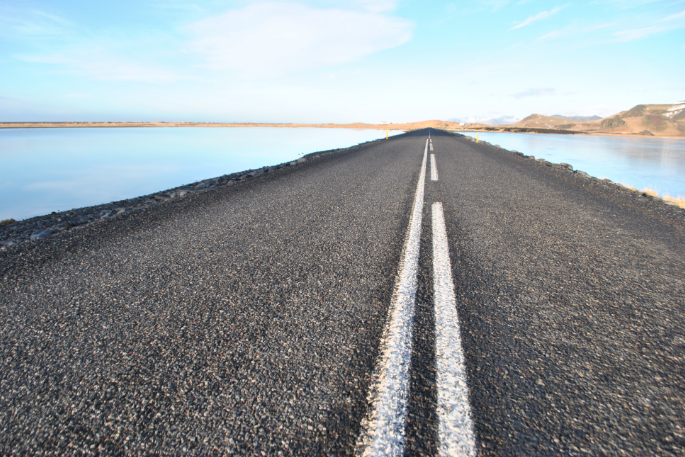 One of Iceland’s split realities is that it has more free heat energy than (quite possibly) any other country on the planet. The energy is just pouring out of the ground… 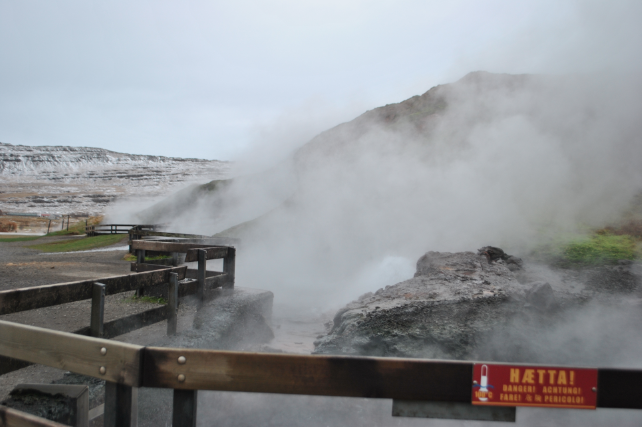 Energy, which can be captured and turned into electricity… 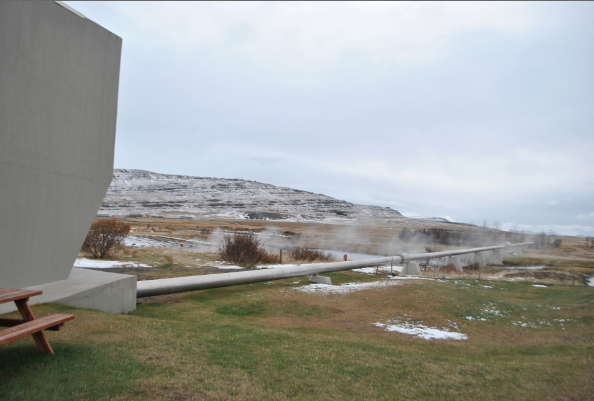 ……and so the country has an abundance of heat and electricity from the earth. In fact they have so much that it’s used for things like under floor heating for the streets or open air heated pools (which are amazing!). 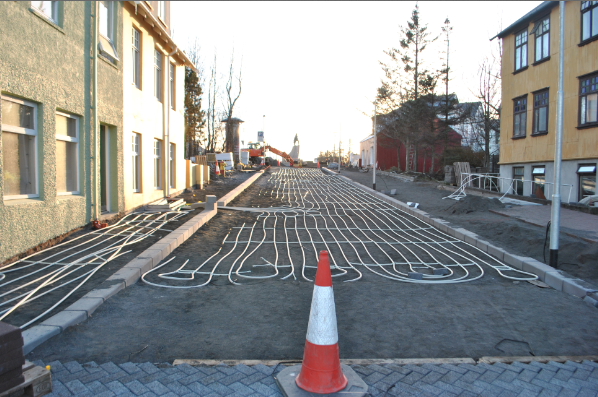 On the flip side the country is massively dependent on cheap transport fuels (oil). Its extreme remoteness and harsh climate means that it’s more dependent than pretty much any country on imported goods and foods. In addition cheap oil-driven flights help make tourism a disproportionate part of their local economy. 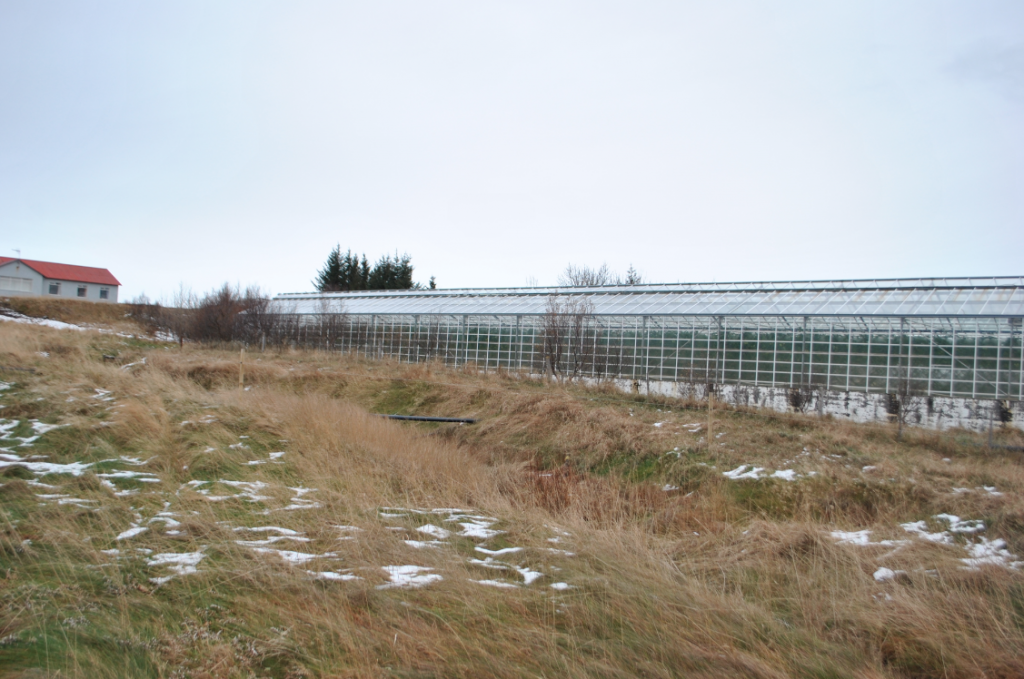 This photo shows one of the greenhouses that is connected to a hot spring to enable the growth of salads and market garden foods that otherwise wouldn’t be locally grown in the long period of dark and cold months. But there aren’t enough of these to fulfill national demand.

In conclusion, I went to Iceland hoping to find out if Iceland has a role to play in our great global transition with its disruptive innovation to its financial and political systems. Could it be a trigger for a positive revolution in the same way that it triggered the down turn? In reality this idea is either an overstated aspiration or still yet to be seen. So what has Iceland taught me about our extraordinary and quite possibly revolutionary times?

The main message that I got is that a trigger for big change can come from the most unexpected places. Iceland is a case in point. Who would have suspected that a country with a few more than 300,000 people could find the Achilles Heal to bring down financial giants and bring the world economy to its knees? The trigger for the next change may well be right under our noses and we don’t even know it? 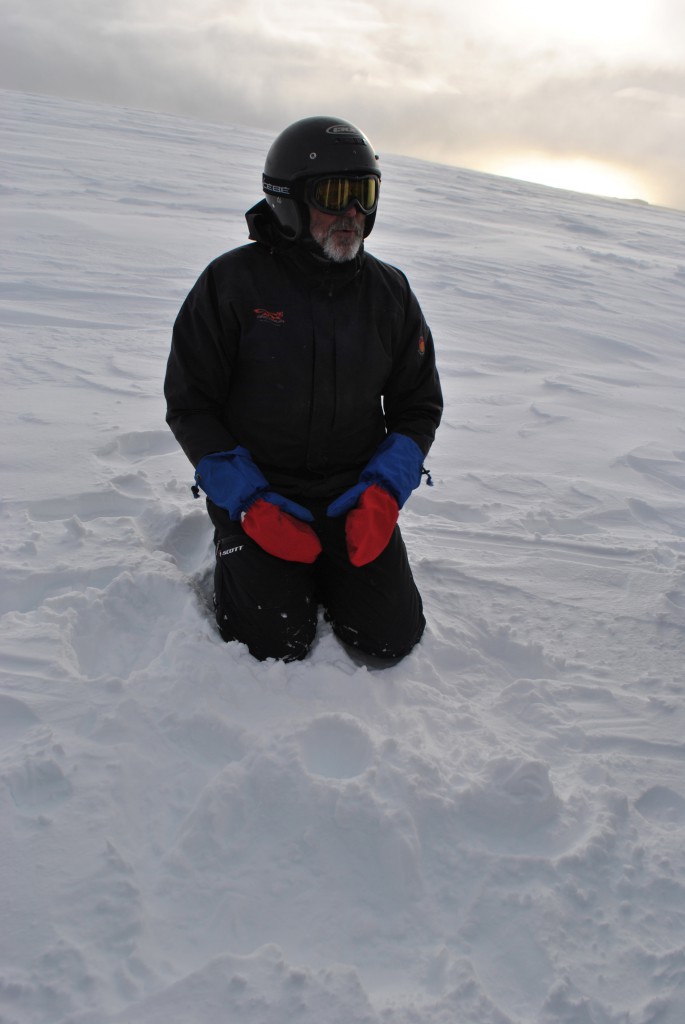 This was vividly demonstrated to me. In this photo our Icelandic guide was telling us how the glacier that I’d travelled up was actually an ice-filled volcanic crater but to the naked eye it just looked like snow and ice. You can see our guide calving out the shape of the volcano in the snow. He then proceeded to tell us that the Volcano Katia normally erupts 2 or 3 years after Eyjafjallajökull, which of course had just erupted in 2010 (eeerrr… like 3 years ago!!!) and that Katia usually erupts anywhere between a 13 to 95 year cycle but hadn’t erupted for 96 years (oh!?!?). Apparently the 2010 eruption was likely to be small in comparison with ash clouds spurting 8km up into the atmosphere and spreading all over Europe. However, Katia’s eruption’s could go 30km in the air with a cloud wrapping twice around the planet.

The fact is we can never really know what might be the trigger of major social change but we do know that our cycle is over due and we’re ready for an eruption! For those who want to listen they can feel the murmurs everywhere…. 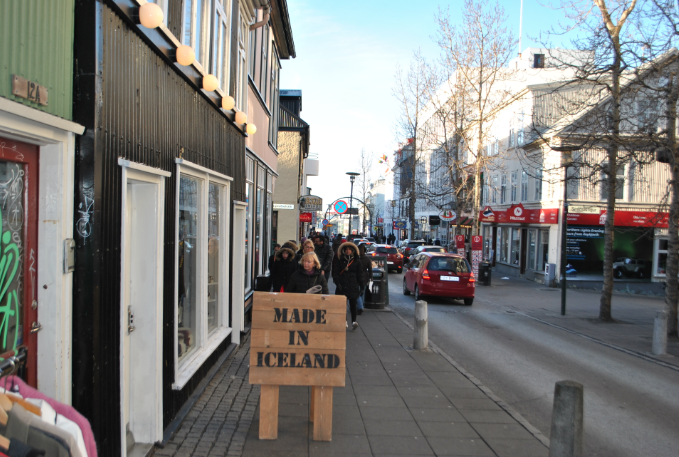 The amazing story of community currencies in Brazil: Interview