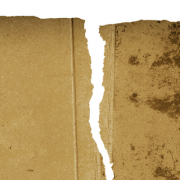 This new study explores the implications of a major financial crisis for the supply-chains that feed us, keep production running and maintain our critical infrastructure. I use a scenario involving the collapse of the Eurozone to show that increasing socio-economic complexity could rapidly spread irretrievable supply-chain failure across the world.

This study considers the relationship between a global systemic banking, monetary and solvency crisis and its implications for the real-time flow of goods and services in the globalised economy. It outlines how contagion in the financial system could set off semi-autonomous contagion in supply-chains globally, even where buyers and sellers are linked by solvency, sound money and bank intermediation. The cross-contagion between the financial system and trade/production networks is mutually reinforcing.

It is argued that in order to understand systemic risk in the globalised economy, account must be taken of how growing complexity (interconnectedness, interdependence and the speed of processes), the de-localisation of production and concentration within key pillars of the globalised economy have magnified global vulnerability and opened up the possibility of a rapid and large-scale collapse. ‘Collapse’ in this sense means the irreversible loss of socio-economic complexity which fundamentally transforms the nature of the economy. These crucial issues have not been recognised by policy-makers nor are they reflected in economic thinking or modelling.

As the globalised economy has become more complex and ever faster (for example, Just-in-Time logistics), the ability of the real economy to pick up and globally transmit supply-chain failure, and then contagion, has become greater and potentially more devastating in its impacts. In a more complex and interdependent economy, fewer failures are required to transmit cascading failure through socio-economic systems. In addition, we have normalised massive increases in the complex conditionality that underpins modern societies and our welfare. Thus we have problems seeing, never mind planning for such eventualities, while the risk of them occurring has increased significantly. The most powerful primary cause of such an event would be a large-scale financial shock initially centring on some of the most complex and trade central parts of the globalised economy.

The argument that a large-scale and globalised financial-banking-monetary crisis is likely arises from two sources. Firstly, from the outcome and management of credit over-expansion and global imbalances and the growing stresses in the Eurozone and global banking system. Secondly, from the manifest risk that we are at a peak in global oil production, and that affordable, real-time production will begin to decline in the next few years. In the latter case, the credit backing of fractional reserve banks, monetary systems and financial assets are fundamentally incompatible with energy constraints. It is argued that in the coming years there are multiple routes to a large-scale breakdown in the global financial system, comprising systemic banking collapses, monetary system failure, credit and financial asset vaporization. This breakdown, however and whenever it comes, is likely to be fast and disorderly and could overwhelm society’s ability to respond.

We consider one scenario to give a practical dimension to understanding supply-chain contagion- a break-up of the Euro and an intertwined systemic banking crisis. Simple argument and modelling will point to the likelihood of a food security crisis within days in the directly affected countries and an initially exponential spread of production failures across the world beginning within a week. This will reinforce and spread financial system contagion. It is also argued that the longer the crisis goes on, the greater the likelihood of its irreversibility. This could be in as little as three weeks.

This study draws upon simple ideas drawn from ecology, systems dynamics, and the study of complex networks to frame the discussion of the globalised economy. Real-life events such as United Kingdom fuel blockades (2000) and the Japanese Tsunami (2011) are used to shed light on modern trade vulnerability. By David Korowicz, originally published by Feasta, The Foundation for the Economics of Sustainability