Frank Kaminski is an ardent reader and reviewer of books related to natural resource depletion, climate change and other issues affecting the fate of industrial civilization. He lives in southwestern Washington state near the Nisqually National Wildlife Refuge. Of all the documentaries that have been made about the dangers of plastic, the one that has stuck with me the most is Plastic Planet. It’s my favorite for numerous reasons, the first of which is the breadth of its scope. The difference between Casa Pueblo's shining example and the bleak energy reality faced by Puerto Ricans at large is the main lament of the documentary DisemPOWERed. Written and produced by anthropology and Latin American studies professor Sandy Smith-Nonini, this indie film is a meticulously researched, densely informative—yet accessible—exposé of Puerto Rico’s economic, political and energy woes. Vaclav Smil's latest book explores growth in nature and society. It examines the rules and patterns of growth in four key domains, those of the living world; human energy consumption; human artifacts; and human populations, societies and economies. Downwind manages the triple feat of being at once a rigorous piece of scholarship, a moving account of a dark and ongoing period in human history and an exquisitely accomplished first book. Like John Michael Greer’s numerous other books on the subject of industrial civilization’s demise, this one reveals its author to be an astonishingly gifted guide to a future that most people refuse to contemplate. Review: “The Day the Gulf Stream Stopped” by Anthony Owen

The novel has essentially the same premise as the hit disaster movie from five years earlier, The Day After Tomorrow. The Gulf Stream ocean current, which has long played a crucial role in our planet's climate system, undergoes a sudden collapse driven primarily by human-caused global warming. Ice caps rapidly spread across the northern hemisphere, rendering places like New York City and western and northern Europe uninhabitable to all but the most rugged survivalists. 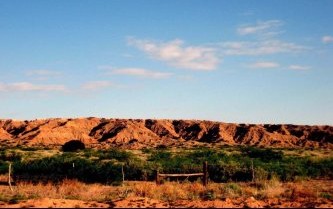 If you're in the mood for some good deindustrial fiction, I recommend checking out these books by Ann M. Pino.