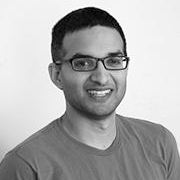 Barath Raghavan is a computer scientist who writes about the intersection of energy, environmental, and technological issues.

Efficiency as a Vice

In modern economic thought, efficiency is paramount. The goal of economic systems, and entities within those systems, is to maximize efficiency.

The Energetic Basis of Wealth

The more I learn about it, the more Nature looks like a Rube Goldberg machine: energy and materials flow through convoluted paths to accomplish something seemingly simple.

The decline of falsifiability

Many ancient societies were ruled by claims of divine right; royal proclamations were not falsifiable...But we don’t have to look to the distant past to see what it looks like for dogma to trump reason.

A few months back I started exploring the idea of terraforming. In this post I’d like to consider two important questions about it. First, what is terraforming, anyway? And second, why should we do it? Oddly enough, it seems to me that the second question is easier to answer than the first because even with a vague sense of what terraforming entails, it seems clear that there are many degraded ecosystems around us in the industrialized world today, ecosystems that could use what is conventionally termed “restoration”. (I hesitate to use the term “restoration” as most ecosystems will never be returned to what they once were before being overtaken by human interests, and since my goal isn’t to live apart from nature — there are way too many people on the planet for that — but rather to live among nature and with nature better than we have in the past.)

How can we solve a problem (in a garden, say), with permaculture tools, by decomposing the problem and coming up with a set of interlocking pieces that solves it? Framing the problem in this way is very much applying an engineering mindset, something that might irk those who insist on thinking holistically about any and all ecological settings. (And I can relate to that sentiment, because too much has been done in engineering and science more broadly to stop holistic thinking and to employ scientific reductionism in its place.)

A while back I had considered free energy as it exists in modern industrial society. Today I want to consider free services provided by nature, but that are ignored for what they are, especially in the context of a long-running trend that is finally getting notice in the tech-centric media: the tension between automation and employment. Specifically, I’ve been trying to understand what these trends say about how we conceive of our society and the ecosystem around it.