“OPEC+ is now producing below its targets by a record 3.58 million barrels per day – about 3.5% of global demand – highlighting underlying tight supply in the oil market, even as recession fears drag oil prices lower.”-Ahmad Ghaddar, Reuters

“Europe is attempting to buy as much oil and gas as it can ahead of winter, which has resulted in tankers having to travel further distances and make few voyages. The LNG carrier shortage is particularly acute as much of the fleet has already been booked for winter when demand is expected to climb, especially when Freeport LNG restarts. At the same time, traders are putting an increasing amount of crude and fuel in floating storage, which is making the tanker market even tighter.”-Irina Slav, Oilprice.com

“As natural gas demand around the world breaks new records, U.S. shale producers are struggling to keep up with demand. While natural gas prices in the United States fell after a railway strike was averted last week, it looks likely that prices both at home and abroad will spike this winter. A hotter-than-expected summer and a lack of alternative energy sources have left U.S. inventories below the seasonal average.”-Irina Slav, Oilprice.com

Mike Oestmann, CEO of private-equity-backed Tall City Exploration, said he isn’t concerned about running out of inventory, but estimated the costs to drill a well and bring it online are up about 40% over the past year because of soaring costs for material and labor, and that the number of rigs working in the Permian appears to have reached a plateau.-Collin Eaton and Benoit Morenne, WSJ

“As of 18 September, EU gas inventories stand at 98 bcm, 2 bcm higher than the five-year average and on course to reach a peak above 103 bcm before draws commence…We estimate total EU gas supply has risen 1.2 percent year on year over the past six months despite the fall in imports from Russia, while demand has fallen 13.3 percent year on year over the same period. ”-Standard Chartered analysts, quoted in Rigzone 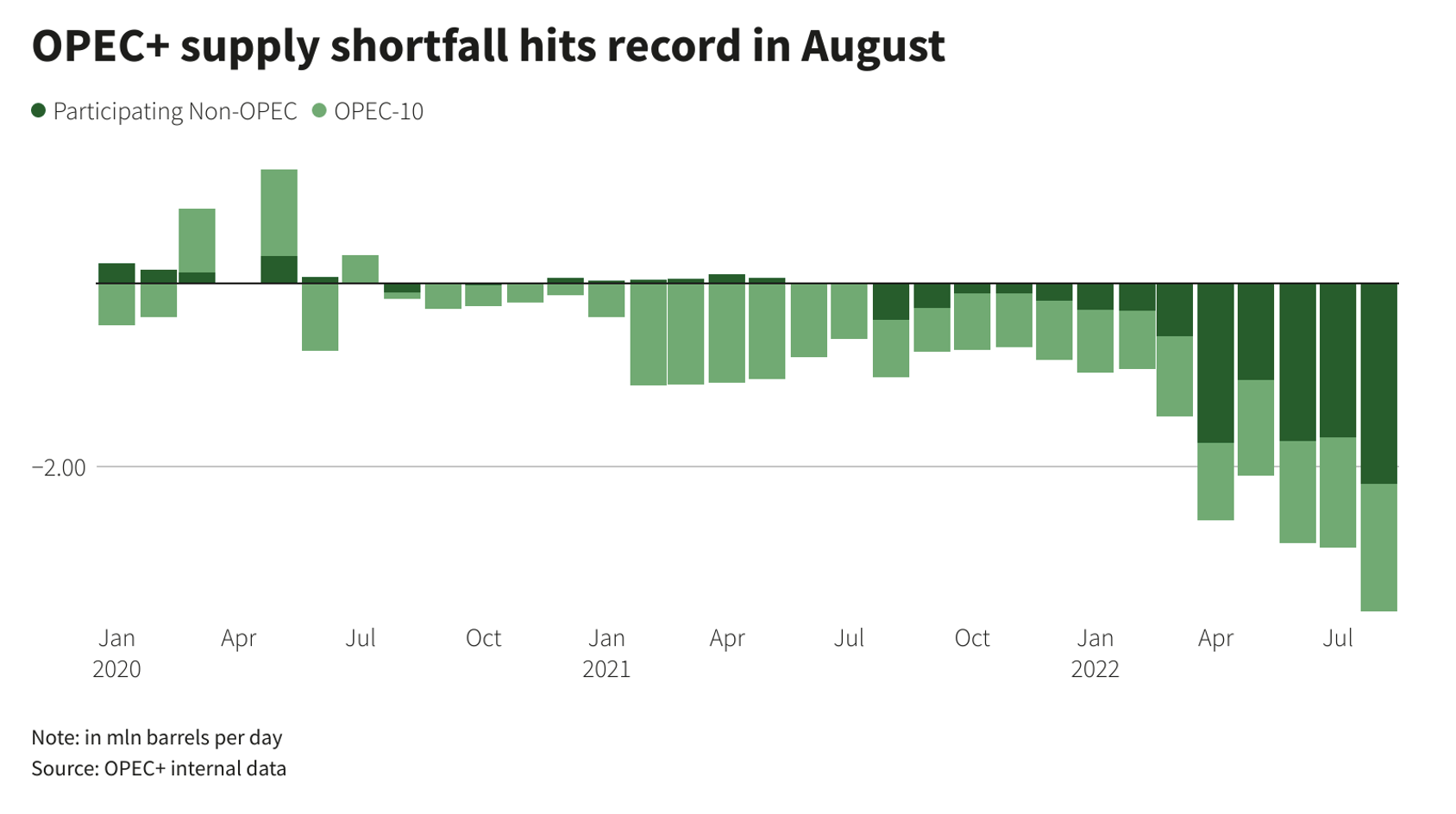 IEA: Russian crude ban will take 2.4 million bpd off the market
Putin threatens to escalate war as India distances itself from Russia
Russia could find new markets for half the oil shunned by the EU

China braces for a slowdown that could be even worse than 2020
Exclusive: Biden to hit China with broader curbs on U.S. chip and tool exports

India may need up to 28 GW in new coal-fired plants, advisory body says