“Fears that Russian crude would be shut out of the market by sanctions and leave the world starved for oil have helped lift prices. Expectations for demand to decline amid deteriorating economic conditions have pulled them lower. Lately, demand concerns have been winning the tug of war.”
Ryan Dezember and Anna Hirtenstein, Wall Street Journal

G7 finance ministers agreed on Sept. 2 to impose a price cap on Russian oil aimed at slashing the country’s revenue while avoiding price spikes, but Russia said it would stop selling oil to countries implementing the policy… Western-dominated maritime transport, including insurance and financial services, would be permitted only if the purchase price of Russian oil cargoes is at or below a price level “determined by a broad coalition of countries adhering to and implementing the price cap.”…”Today we confirm our joint political intention to finalize and implement a comprehensive prohibition of services which enable maritime transportation of Russian-origin crude oil and petroleum products globally.”-G7 ministers, in the Oil & Gas Journal

“To cope with [Europe’s natural gas] crisis situation, demand reduction will be even more important than storage.”-Simone Tagliapietra, Bruegel think-tank, from Reuters

The U.S. average price for regular unleaded gasoline has fallen for 11 consecutive weeks to $3.81 a gallon, according to GasBuddy data. That is nearing the 12-week-long losing streak during the pandemic restrictions in spring of 2020. Prices have lost 24% from a record of $5 in mid-June, with motorists rethinking trips and growth slowing in the U.S. and China.-WSJ

If Freeport LNG had kept liquefying 2 billion cubic feet a day of natural gas at full capacity through the summer, the latest storage gap relative to the five-year average [of natural gas in storage] would be 16% instead of 11%.-WSJ

The benchmark price for drill pipe has surged to a record $4,150 per short ton, a 90% increase from $2,300 a year ago. The bounce may not be as high as some others in the oil industry, but it matters more because of the spillover effect: rising drill-pipe prices mean American shale drillers are increasing production more slowly than expected, and that, in turn, means higher oil prices worldwide-Bloomberg 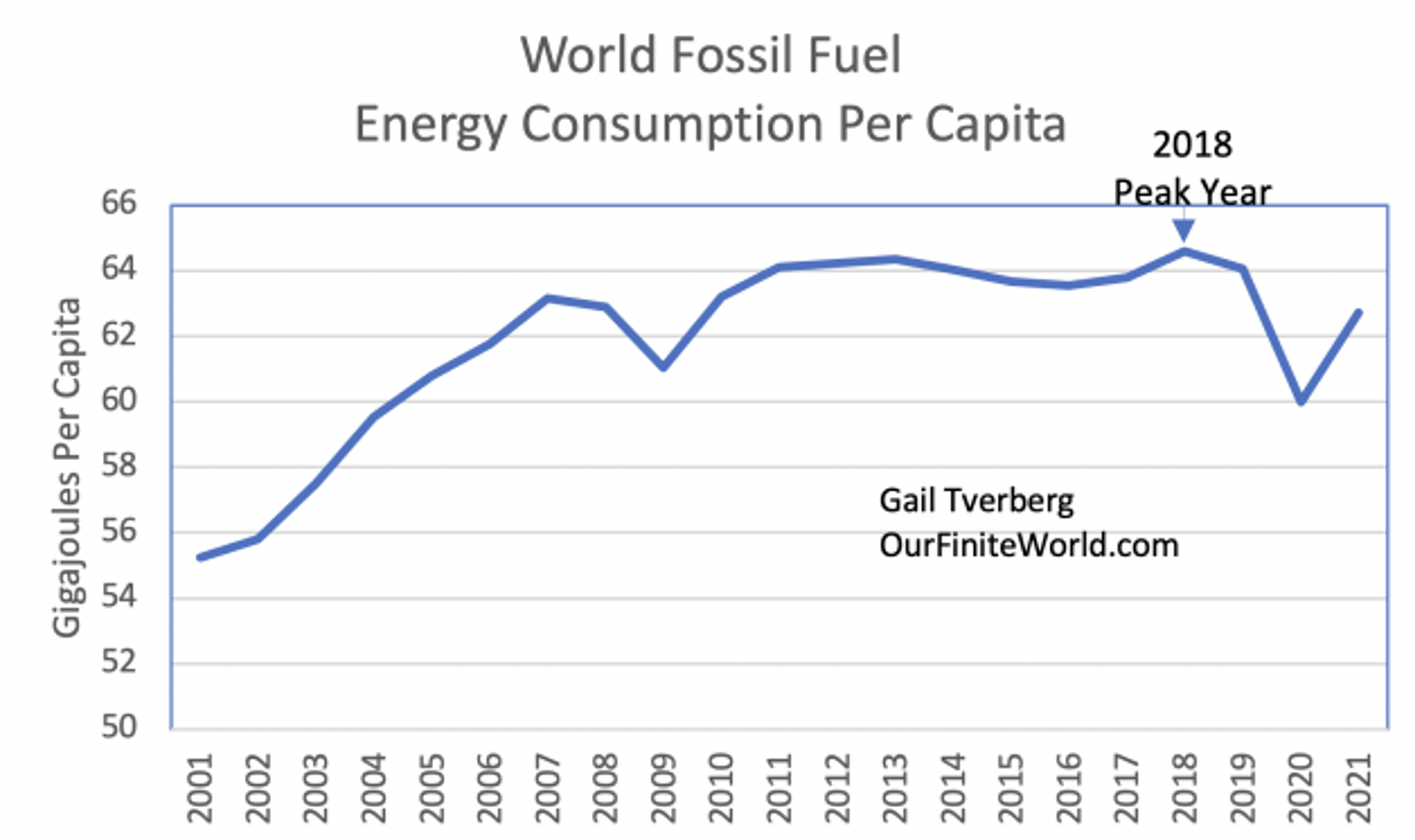 “Energy per capita and, in fact, resources per capita, must stay high enough for an economy’s growing population. When this does not happen, history shows that civilizations tend to collapse. Politicians cannot possibly admit that today’s world economy is headed for collapse, in a way similar to that of prior civilizations. Instead, they need to provide the illusion that they are in charge. The self-organizing system somehow leads politicians to put forward reasons why the changes ahead might be desirable (to avert climate change), or at least temporary (because of sanctions against Russia).”
Gail Tverberg, writer and speaker about energy issues

China is quietly reselling its excess Russian LNG to Europe

Latest threat to the UK’s economy is its crumbling currency