“The world faces a much bigger energy crisis than the one of the 1970s… Back then it was just about oil. Now we have an oil crisis, a gas crisis, and an electricity crisis simultaneously.”-Fatih Birol, Executive Director of the International Energy Agency

“The European Union’s decision to cut 90% of its oil imports from Russia will accelerate a move already underway – that is, Moscow trying to sell as much crude as it can to Asian buyers. Russia is likely to find China and India particularly willing, as the former reopens much of its economy from strict zero-COVID lockdowns and the latter seeks to lower its sky-high energy import bill.”-Clyde Russell, Reuters“

The focus on shareholder returns is also unlikely to change anytime soon. Oil and gas might be raking in the cash because of high oil prices, but overall, it remains a pariah industry for many as the energy transition’s momentum accelerates amid the struggle to regain some energy security when a sizeable chunk of the world’s global oil supply is being targeted by sanctions. What this means is that U.S. shale, like OPEC, is not riding to the rescue. U.S. shale has its own priorities.”-Irina Slav, oilprice.com 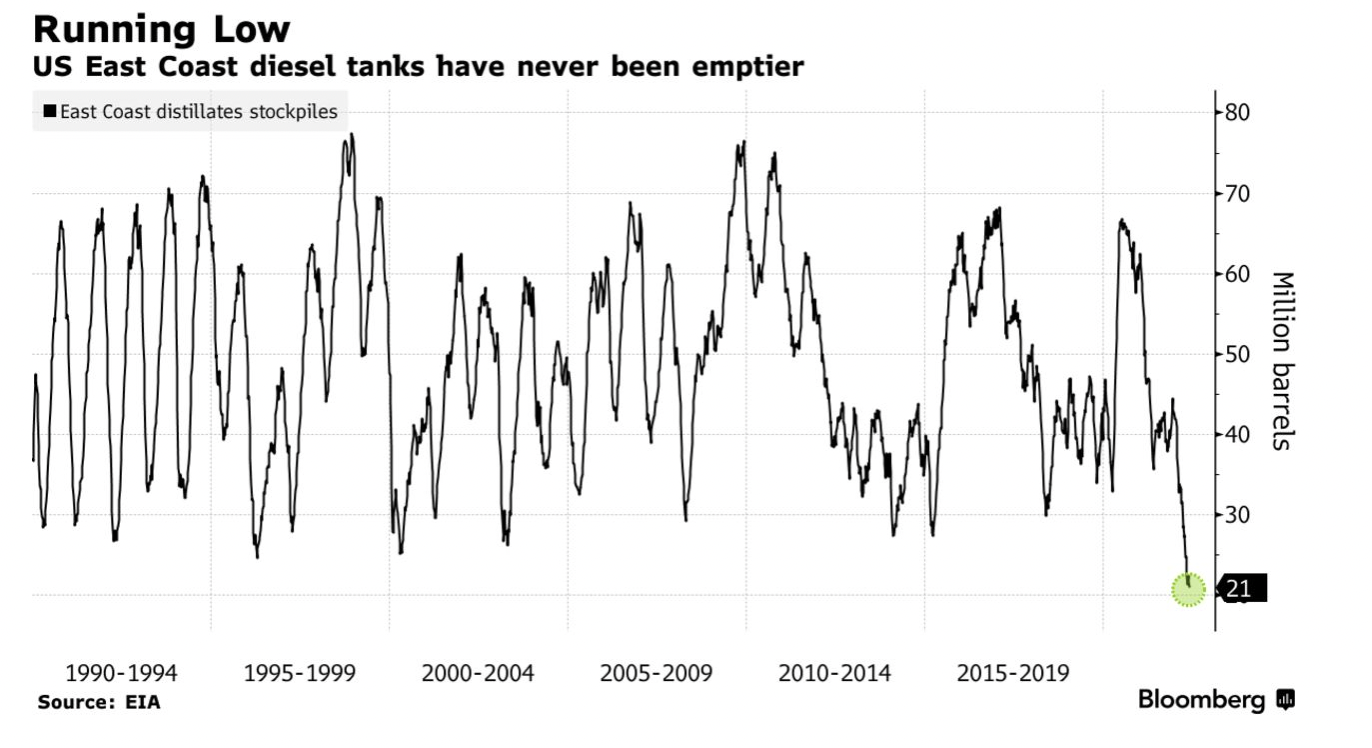 EU leaders back push to ban most Russian oil over Putin’s War
EU ban on Russian crude to exacerbate disruptions to global flows
Factbox: How much oil does the European Union import from Russia?

Rising energy prices could tip the world into a 1980s-style recession
IEA: the current energy crisis is “much bigger” than the 1970s oil crunch

Biden to travel to Saudi Arabia, ending its ‘pariah’ status
Israel warns it will use “right to self-defense” to keep nukes out of Iran
‘Enemies’ triggering unrest in Iran to overthrow Islamic Republic -Khamenei