Quote of the Week
“What is clear, is that the glib confidence the government has that shale production can easily be ramped higher is misplaced. A combination of natural limitations, logistics, inflation, and human impacts is taking its toll, and the effects will become more evident as the year goes on.”-David Messler for Oilprice.com 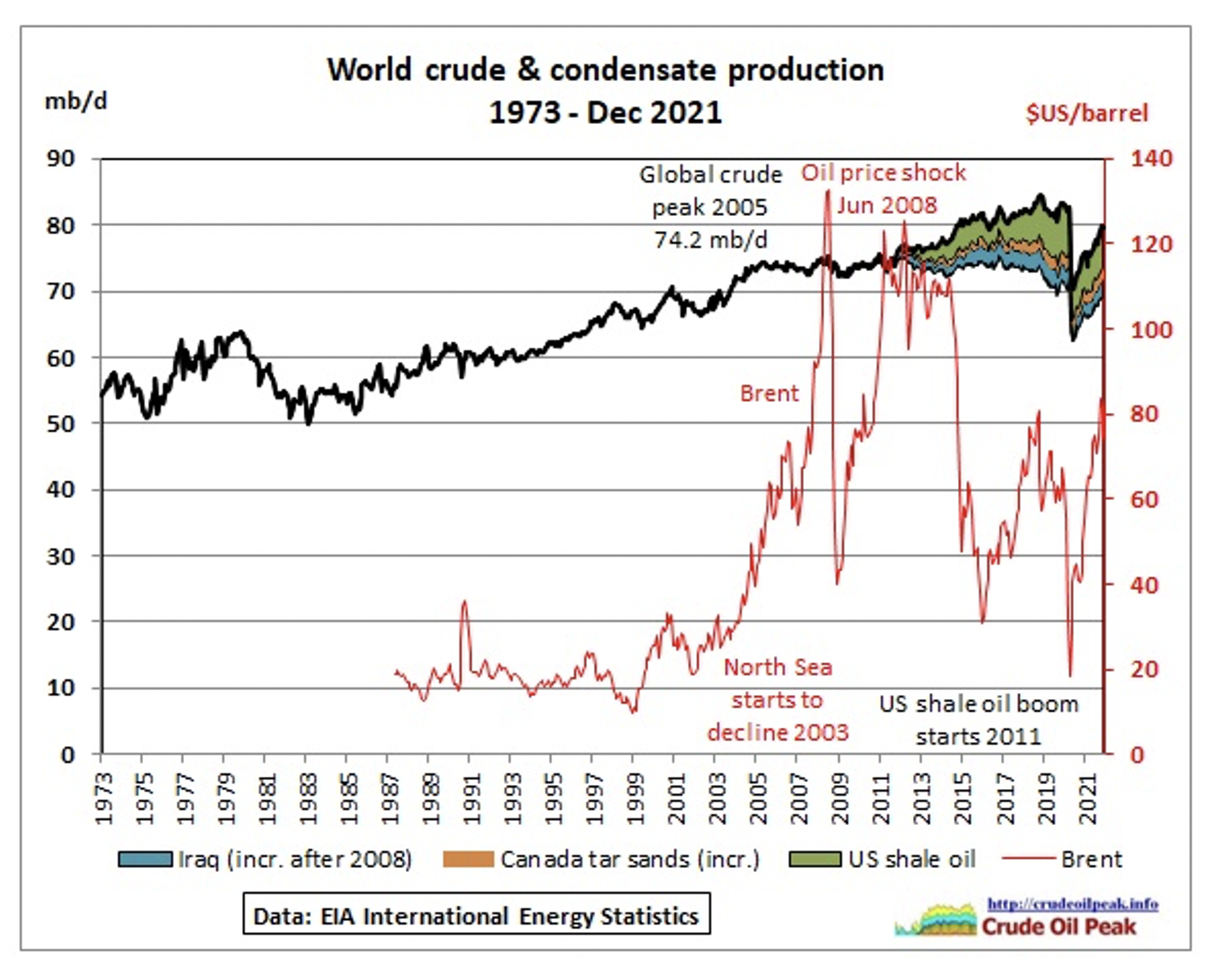 Headlines for the week of  May 2-8

NOPEC: America’s Last Stand Against OPEC’s Drift To The Eas

Record 4.5mn US workers quit jobs in March as the labor market tightens
U.S. productivity drops most since 1947, driving up labor costs
US stocks suffer the longest streak of weekly losses in over a decade
California says it needs more power to keep the lights on

Coronavirus pandemic far deadlier than the official count,
India asks coal plants to run flat out to ease the power crisis
India wants Russia to discount its oil to less than $70 a barrel
A 115-degree heatwave is making India’s power crisis worse

The Horn of Africa ravaged by worst drought in four decades

The Energy Bulletin Weekly 3 May 2022