Ed. note: EB is a Post Carbon Institute project and you can sign up here to receive it in your inbox.

“I have taken a decision to switch to ruble payments for our natural gas supplies to the so-called hostile states.” Russian President Vladimir Putin

“Nobody will pay in rubles.” Slovenian Prime Minister Janez Jansa

“There are fixed contracts everywhere, with the currency in which the deliveries are to be paid to be part of these contracts. In most cases it says euros or dollars, this is the basis we are working on.”  German Chancellor Olaf 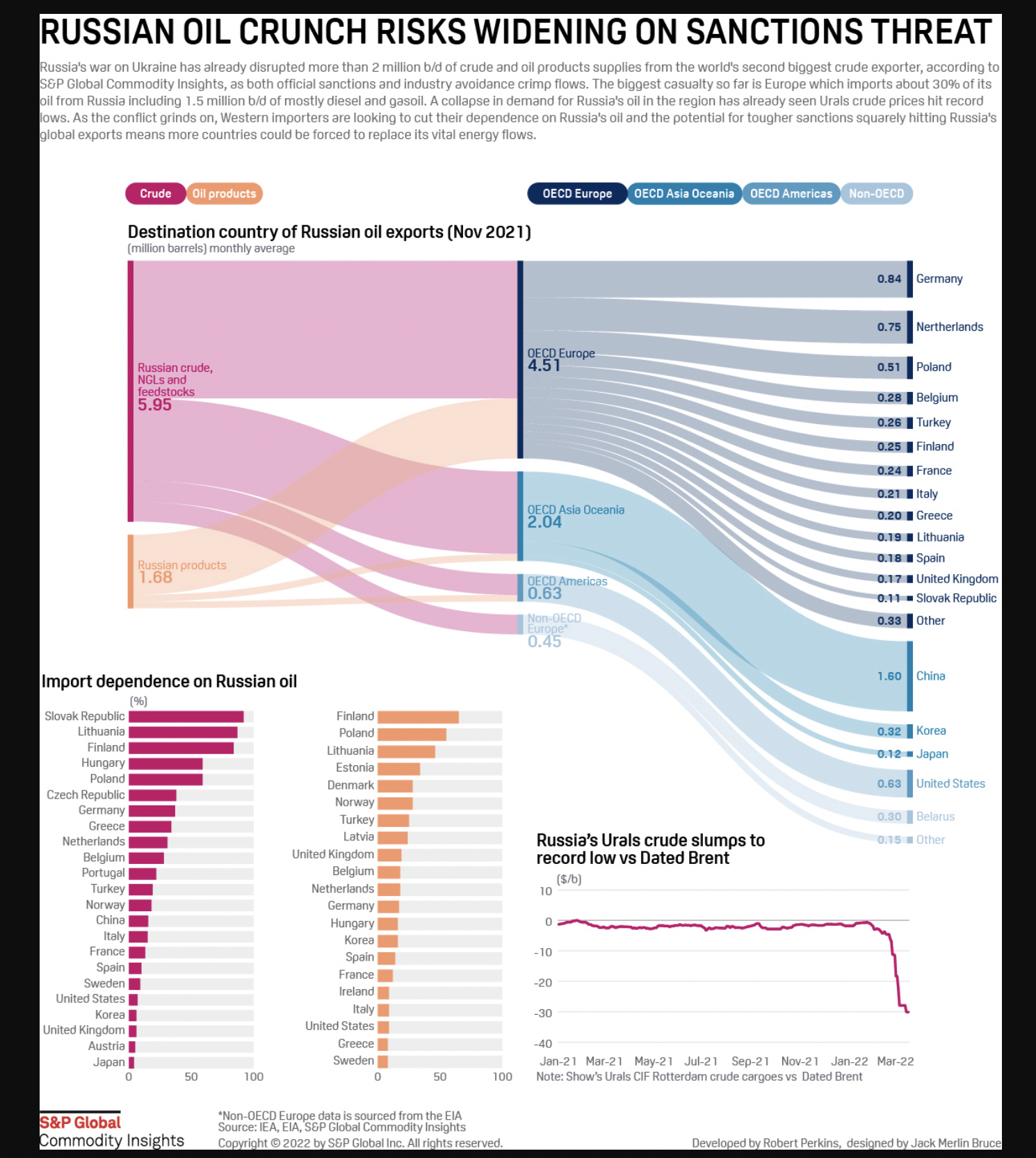 Headlines for the week of March 21-27

The U.S. dollar’s dominance Is being stealthily eroded
Experts worry about how U.S. will see next COVID surge coming
U.S. to welcome up to 100,000 Ukrainians fleeing war amid broader aid effort