There’s a glorious old live oak in my Sarasota, Florida, side yard. It’s a source of shade and cooling breezes, and a hotbed of bird activity most mornings. I don’t know how old it is, but live oaks can live hundreds of years, and from its size I wouldn’t be shocked if mine were over a century old. If so, it could well have been here before Sarasota had electricity, before the Ringling Brothers Circus put the town on the map, back when it was just a handful of Scottish homesteaders hoping not to die of yellow fever. Or even earlier, before the U.S. Army forcibly drove out the Seminole people.

I’ve been steadily planting new trees on my property since I moved in five years ago. Some are fruit trees; others are shade trees like royal poinciana that could someday be 40 feet tall. I don’t expect to be living here to see them to maturity. Planting a tree is, in many ways, an act of faith and selflessness. It’s something you do because it should be done, even though the greatest rewards will accrue not to you but to future generations of perfect strangers.

As I’ve picked sites for these trees, I’ve been very careful to work around the future development potential of the lot. I have an awkwardly large side yard that would be perfect for an Accessory Dwelling Unit or a full-fledged additional house—maybe even a duplex, depending on what the zoning allows in the future. Rents are high and unaffordable and vacancies are low here in Sarasota, and I believe we need a lot more infill homes, particularly in neighborhoods near the urban core like mine. So why shouldn’t I want to walk my talk? Even if we move before we’re able (legally or practically) to finance and build anything, I want the next owner to be able to do so—and without tearing out my trees.

Planting trees here isn’t just a sentimental decision. Trees are of immense value to the urban environment. Mine are an investment in the property and in the neighborhood, and they will enhance the quality of life of any eventual residents.

Can We Balance Preserving the Tree Canopy with Other Priorities, Like Housing?

Here in Florida, many cities have passed local tree preservation ordinances to protect the shade, beauty, and ecosystem services that large urban trees offer. Typically these place special restrictions on the removal of particularly significant “grand trees,” defined by size and species. (My live oak would qualify by any standard.)

These local regulations were effectively gutted by a controversial 2019 law, House Bill 1159, which allows a Florida property owner to remove any tree, bypassing local regulators, as long as they can find a licensed arborist who will declare it a “danger.” (That arborist does not have to be in Florida or have ever visited the property, so it’s not hard to imagine a cottage industry popping up.) The bill, described by Governor Ron DeSantis as a restoration of private property rights, was decried by environmental advocates and many city officials, but cheered by large-scale homebuilders. There is an ongoing effort by some lawmakers to overturn this state pre-emption of local authority. 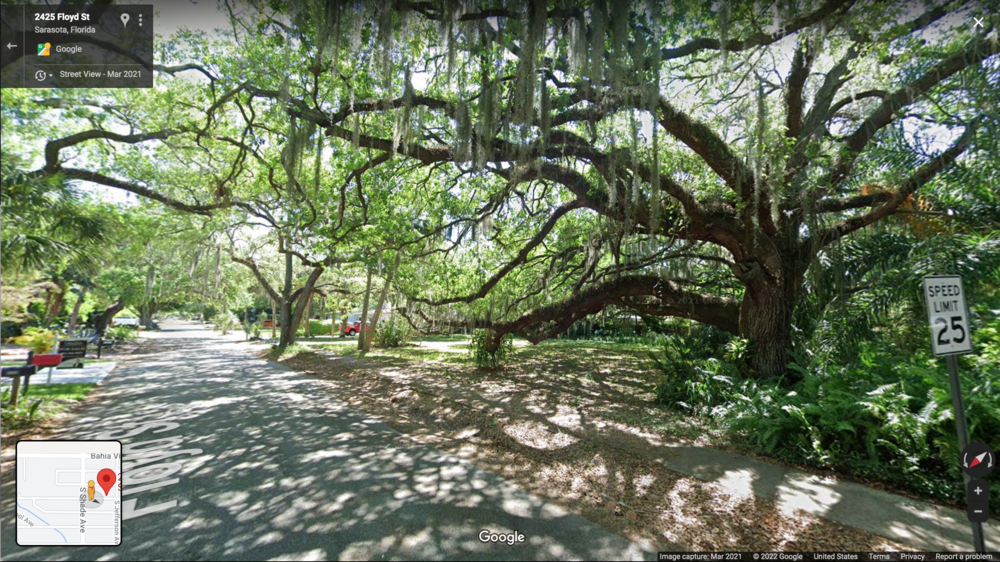 A “grand” live oak and other trees on a lot proposed for single-family home development in Sarasota. This property is currently the subject of a petition by neighbors to save the trees, but the city’s ability to intervene is uncertain, especially in light of a 2019 law which largely removes the ability of Florida cities to enforce their tree ordinances.

More recently, Sarasota native Nathan J. Robinson, founder and editor of Current Affairs magazine, caused a Twitter firestorm by posting a thread lamenting the effects of House Bill 1159. He accompanied it with a photo of a live oak slated for removal on a future home site. The response was an enormous pile-on of mockery and verbal attacks on Robinson for, ostensibly, elevating his own aesthetic preferences over people’s dire need for housing. Many of the most critical replies came from pro-housing and/or YIMBY (“Yes In My Backyard”) advocates.

I try not to write many posts that have their origins in Twitter drama. The site’s culture is notoriously toxic, and this entire incident embodies the worst of it. Robinson is a popular punching bag (for many reasons), and it doesn’t help that he made his point in maybe the most shallow, partisan, and trollish way possible. I feel I have to link to the thread, but all I will say is that it and the replies embody the worst of Twitter, and you are better off not reading it.

So why bring it up at all? Because this sort of online discourse does tend to bleed into real life, when its participants are also out seeking to shape real-world housing policy. I consider myself a YIMBY, and so, I know, do a lot of my readers. To that group, I say: It matters how we talk about this stuff, online as well as at public meetings. Our neighbors are listening.

And when they’re listening, I fear what they increasingly hear is the monomania that has taken hold among some—certainly not all—housing advocates. By monomania, I mean an obsession with one goal to the point that you think the best policy is that which optimizes for that one goal, and to hell with every other consideration. In the case of housing, monomania looks like the belief that the enemy of good cities is every single regulatory or cost barrier to the production of more housing units. (An urban planning term for “homes” that, to my ear, evokes assembly-line widgets.)

This is a naïve and self-defeating way of approaching the problem. We don’t get any closer to solving our housing crisis—which is real, and is harming real people—when, in the poisoned air of zero-sum politics, well-meaning people with tunnel vision make dismissive statements like “It’s just a tree. You can grow a new one.” Try sitting under a hundred-year-old oak and say that with a straight face.

You will not win your fight for more housing by trivializing or mocking the legitimate things that concern people about new development.

Yet let’s be fair here. Underlying the common YIMBY skepticism of tree ordinances is an actually very legitimate concern: that public policy will elevate the aesthetic preference of well-to-do, securely housed individuals for a verdant neighborhood over their actual neighbors’ need for stable, affordable housing.

It’s not an unreasonable fear. Trees are often invoked by the opponents of new housing as a sticking point. A “tree murder song” sung by activists at a Seattle public hearing made the viral rounds in 2020—though it should be noted that actual data largely refute the notion that Seattle’s development boom has come at a cost to its urban canopy.

The truth is that high urban density and abundant housing are entirely compatible with a lush tree canopy. And not just with creating one from scratch. We can and should retain existing trees that are valuable in terms of the ecosystem services they provide: shade, beauty, clean air, erosion control, birdsong.

Not just trees but large, old trees are really important to a quality urban environment. Not least in Florida, where these trees are virtually the only thing that makes this place habitable for half of the year. Walking down an unshaded sidewalk in Sarasota in July is a reasonable approximation of hell. We have plenty of suburban neighborhoods with no trees older than 10 or 20 years, and trust me: you don’t want to walk in them. And when nobody wants to walk, everybody drives, and a whole slew of negative consequences domino from there.

Housing advocates might imagine that a misguided, rigid rule about trees could be the principal thing preventing the construction of hundreds of apartments on a large infill site, but that’s profoundly unlikely. I’ve never seen it happen. In reality, the most common scenario is simply that of a developer deciding whether to work around existing grand trees on a single homesite, like this: 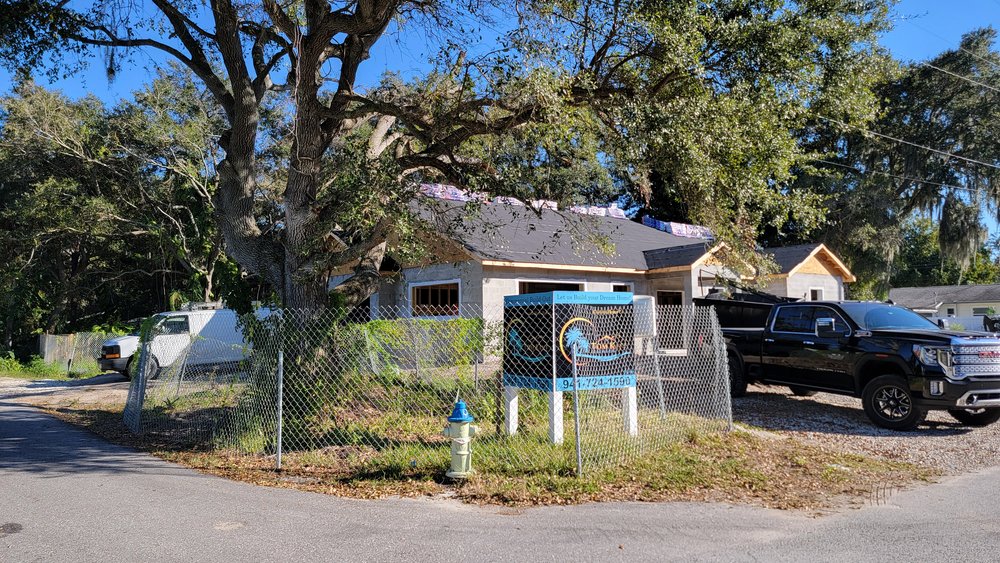 Or, alternatively, to simply clear the whole lot, like this: 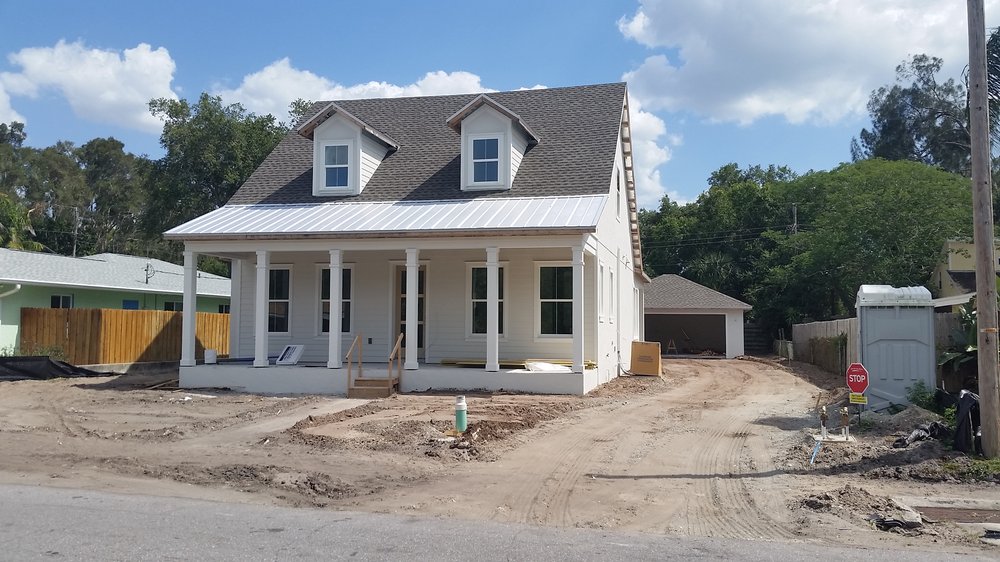 On infill lots (surrounded by existing homes) like the two pictured above, you see a mix of approaches: Many small-scale developers are happy to work around grand old trees, because they’re already operating on a model where each piece of land is unique, and its vegetation and terrain are opportunities, not merely obstacles. Others may not choose to do so, given the choice.

But it’s the production homebuilders cranking out whole suburban subdivisions who are really enemy #1 of tree ordinances. You see, tree protections get in the way of a business model which relies on the scale economies created when you level and clear-cut to create identical home sites. These large-scale builders co-opt YIMBY and other pro-housing rhetoric in lobbying for things like the 2019 law that pre-empted local tree ordinances. 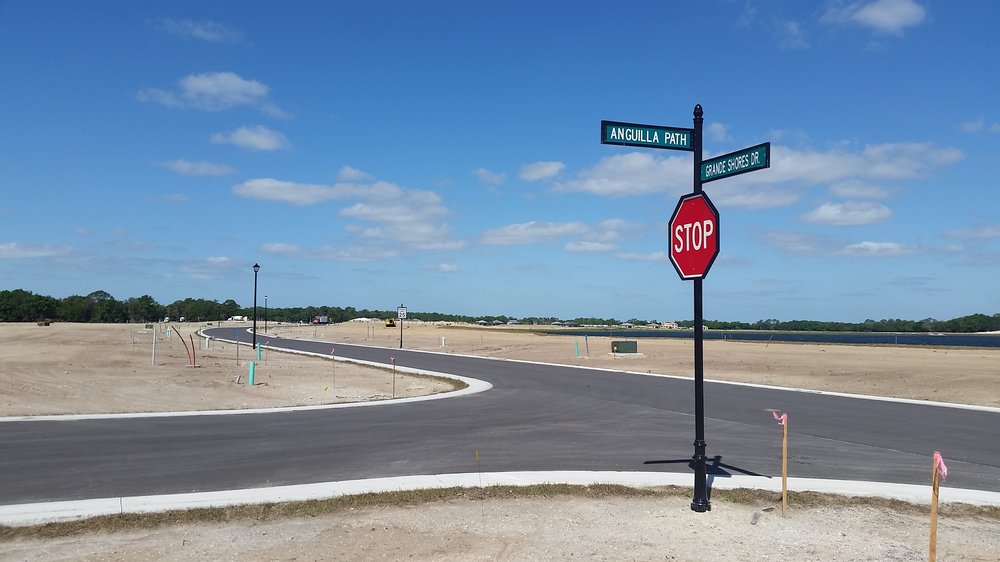 By siding with Lennar and Del Webb, you’re not helping who you think you’re helping.

A good infill developer is more likely to think about trees like I did about the trees on my own property: “How can I not only accommodate these trees, but locate things to maximize their benefit?” But this doesn’t mean that accommodating large trees won’t impose any costs or constraints. If you’re concerned about how trees on small urban infill sites will limit those sites’ development potential, but you also appreciate the awesome experience of standing under a giant oak or magnolia, here’s how best to YIMBY:

Redouble your efforts to allow maximally flexible urban density. We should have codes that don’t just allow for one lot, one primary structure, but instead facilitate cottage courts and other unusual spatial arrangements that can be designed around an existing grand tree. We should get rid of minimum lot sizes, so people can sell off weird, small homes on weirdly shaped corners of a property if that’s what makes sense for the site. Let people build taller, skinnier buildings, rather than a larger footprint. Eliminate things like setback requirements and parking rules that greatly restrict where on the lot a building can be placed.

Those regulatory fixes, combined, will legalize far more density than any requirement to preserve large or old trees will ever take away.

And sure, a point comes where even that isn’t necessarily viable—where a city has intensified enough that buildings really need to maximize the lot and you don’t really have room for much of a yard. This, however, describes a small minority of places.

Florida has unaffordable rents and a housing crisis. Much of the problem is regulatory. I will happily work to kill our single-family zoning, our parking minimums, our regulatory tangle that subjects infill development to death by a thousand cuts. Among all those barriers, tree preservation simply doesn’t rank as a priority. If anything, I see the tree rules (along with a handful of other requirements for good design that ensure new buildings aren’t raising a big middle finger to the street) as a prerequisite for YIMBYism, because we need to have a proverbial backyard worth saying “YIMBY” about.

To sell that vision, we’re going to have to reject single-issue zealotry. We have to walk and chew gum at the same time. It’s not that hard.

I’ll conclude with a series of photos that I hope demonstrate that valuing your urban forest is entirely compatible with compact urbanism: 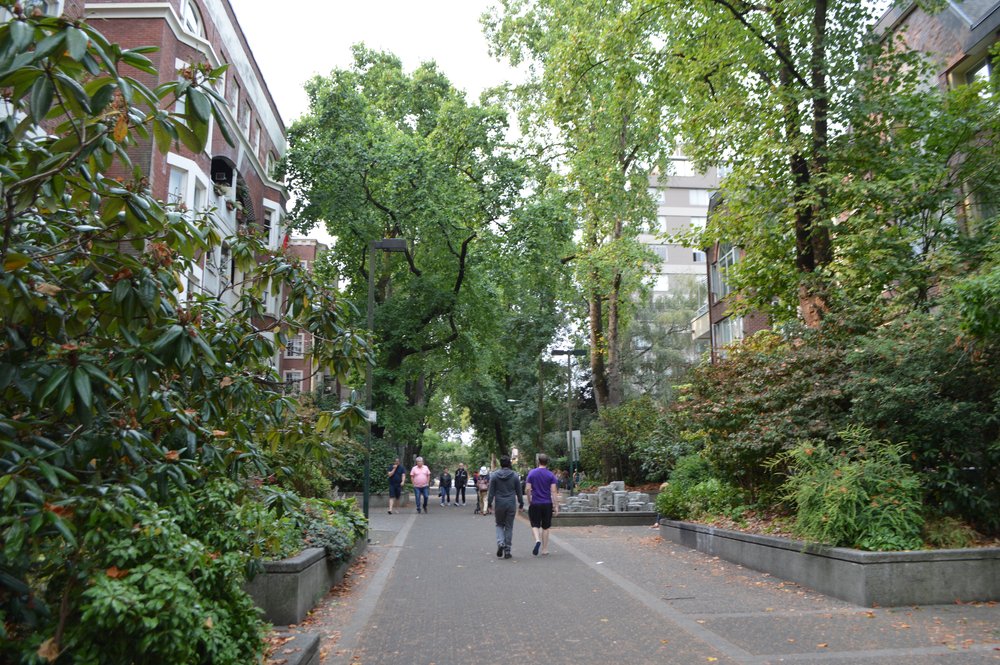 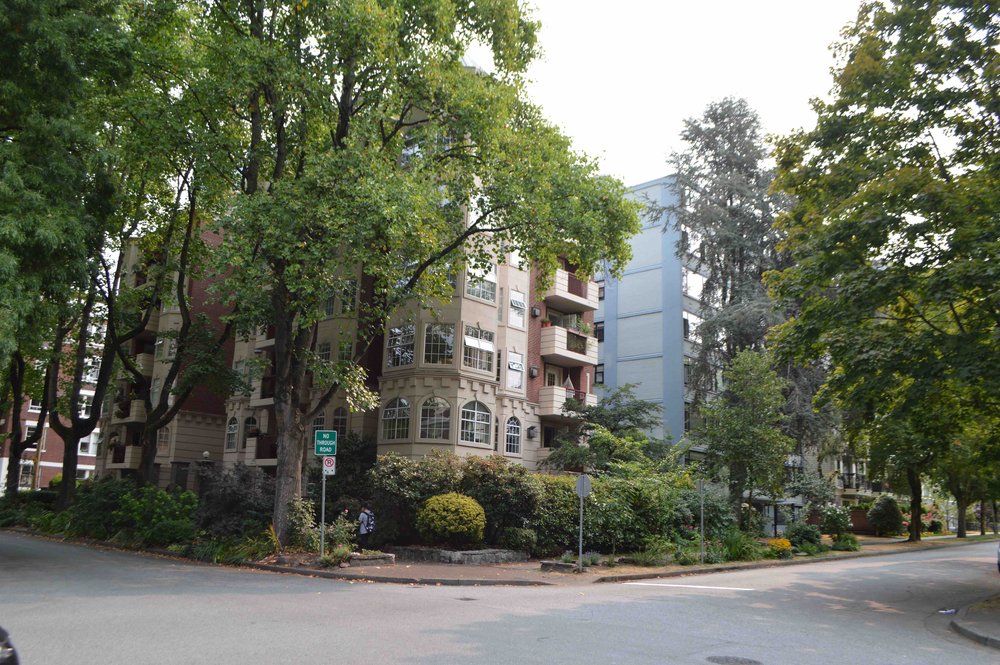 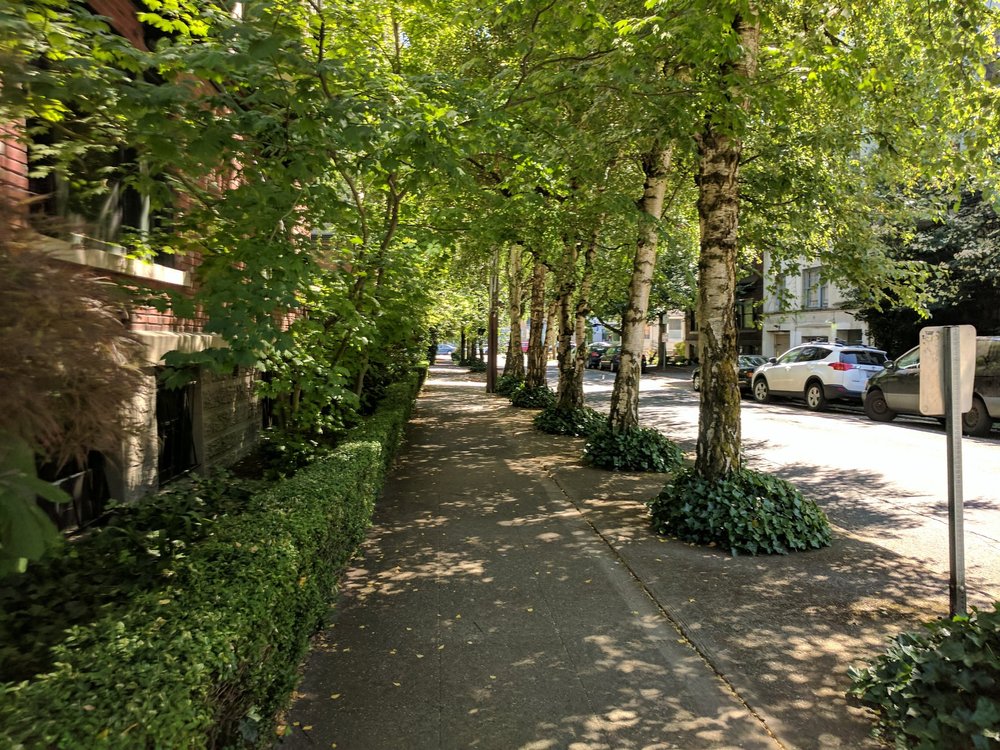 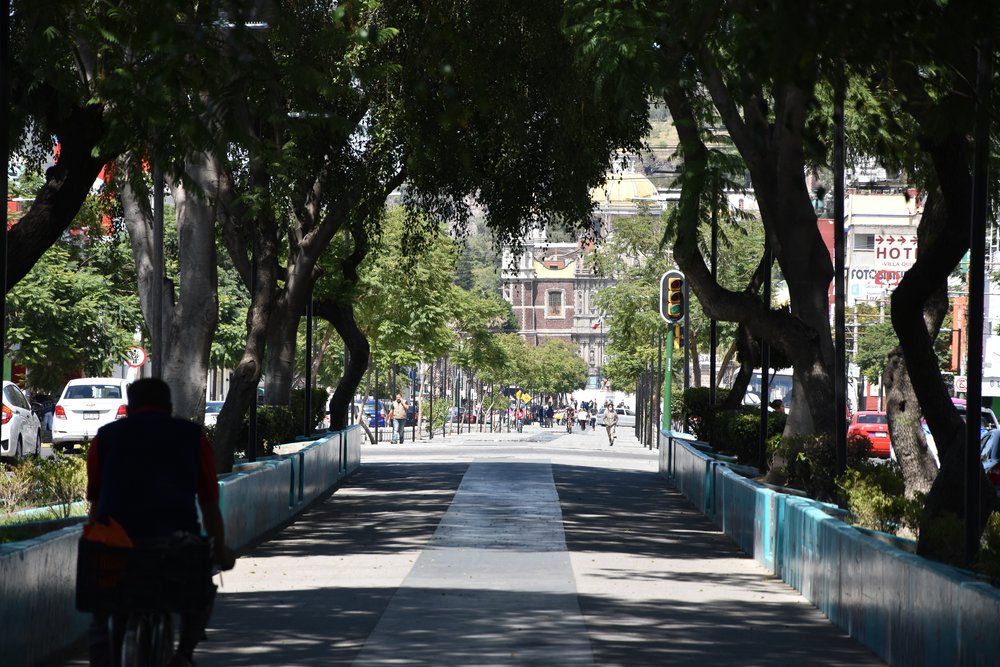 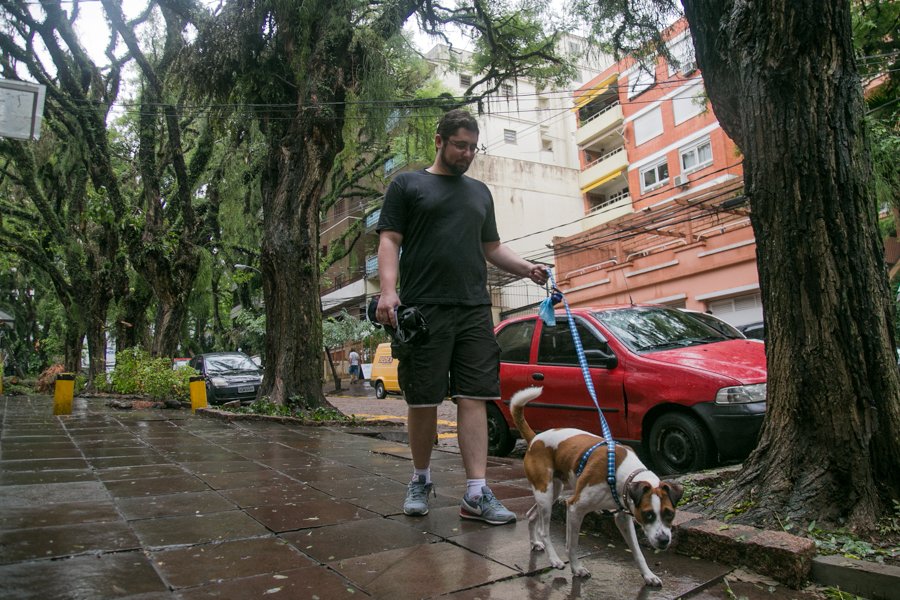 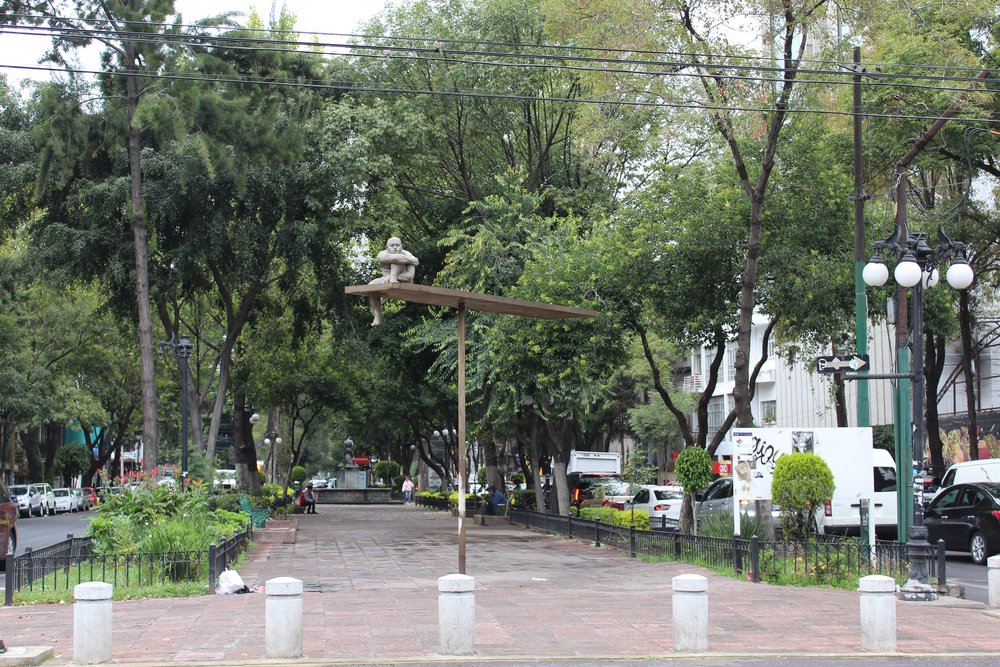 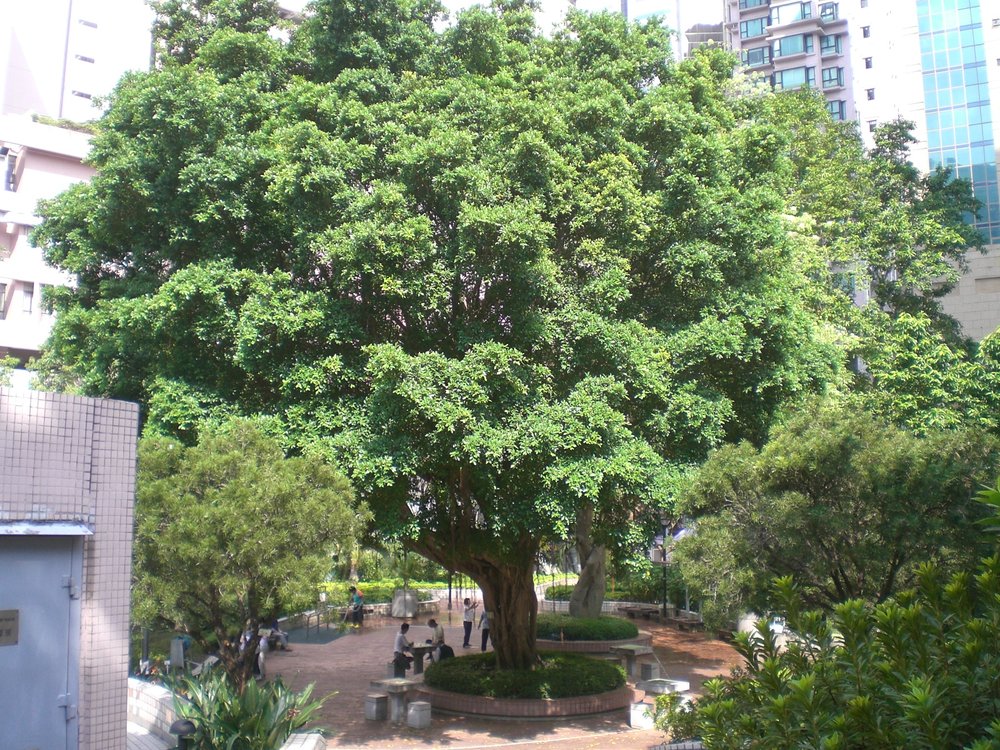 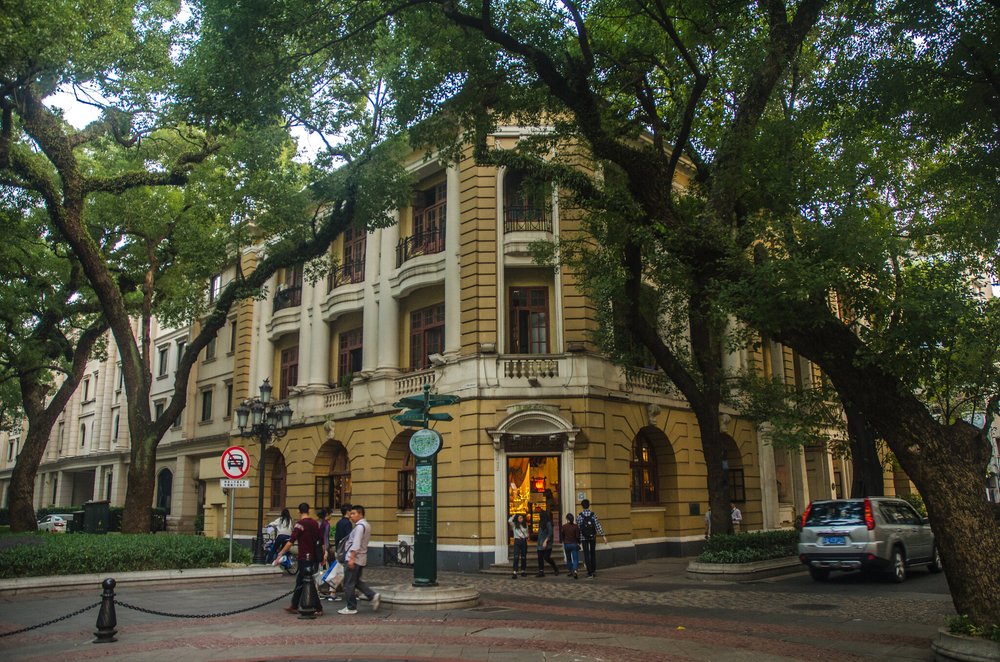 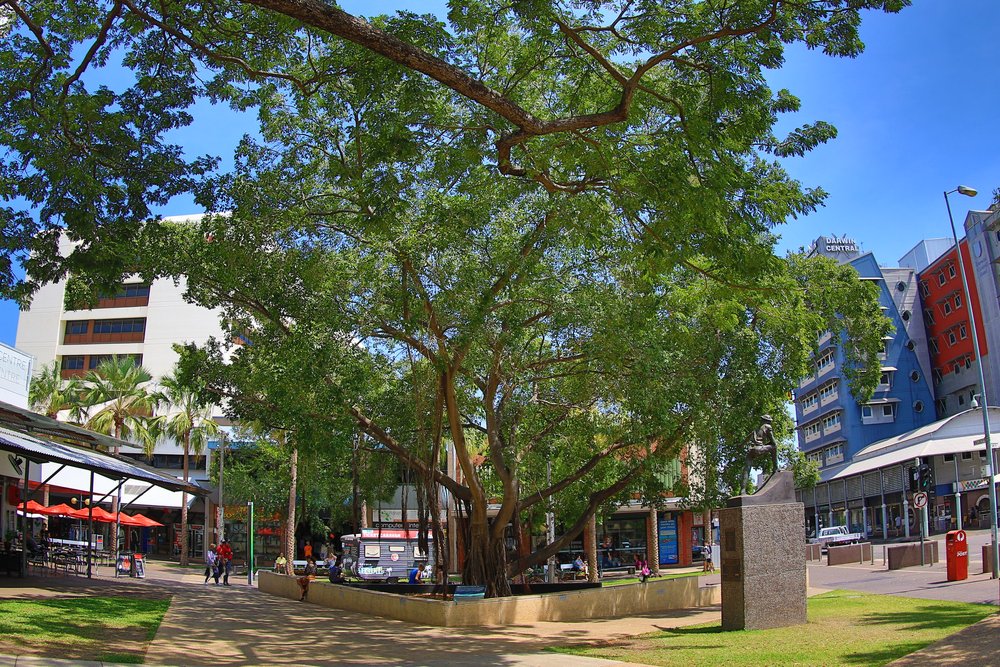