Is the revolution here? The cover of the October 2021 issue of National Geographic says it is. I agree, though we’re not talking about the same revolution. And what if that difference can make all the difference?

The magazine cover refers to two feature articles on “electric cars, hydrogen-powered planes, and the dream of a cleaner commute.” (emphasis added) Both articles are compelling, and worth reading, but I want to focus on the first: “The Big Bet on Clean Cars,” by Craig Welch.

In his article, Welch describes the massive transition underway from conventional petroleum-powered vehicles to all-electric and plug-in hybrid electric vehicles (EVs). That transition is happening unevenly across the world. (The U.S., Europe, and China are leading the charge, so to speak, but there are interesting initiatives in other countries, as well.)

The transition is also unfolding across the entire auto manufacturing industry—from obscure startups developing cars with ranges that will top 500 miles or be powered by the sun, to the big companies with sprawling car lots on the outskirts of your town. Ford, for example, is investing $30 billion in EVs between now and 2025. General Motors is investing $35 billion through 2025, including $2 billion to redesign a Tennessee factory so it can manufacture an electric Cadillac, and another $2.3 billion on a battery plant. And Volkswagen announced last November that it plans to invest $86 billion in the development of EVs and other new technologies over the next five years.

Manufacturers aren’t the only ones betting big on electric vehicles. The current administration believes the future is electric (boogie woogie woogie), and President Biden’s original infrastructure plan included $174 billion to encourage the sale and manufacture of EVs. Wall Street is bullish on EVs, too. Welch writes: “For a while last year Tesla, responsible for almost 80 percent of all U.S. EV sales in 2020, was worth more than oil giants ExxonMobile, Chevron, Shell, and BP—combined.”

What’s behind the EV surge? An amalgam of forces, including but not limited to: consumer demand, government incentives, government ultimatums, improving technology, and the narrowing gap between the price of electric vehicles and conventional vehicles.

And behind much of those forces is mounting concern over climate change. The Intergovernmental Panel on Climate Change says the world needs to bring carbon dioxide emissions down to zero by 2050 at the latest. With that timeline, says Welch, the transition away from gas-powered vehicles is too slow:

“With nearly a quarter of global emissions coming from all types of transportation, can we wean ourselves off petrol-powered cars fast enough to avoid the worst effects? And can we do it without sparking a new environmental calamity? Several upstart companies and quite a few from the stodgy old guard are now betting their future—and ours—that millions of consumers are finally ready to make the switch.” 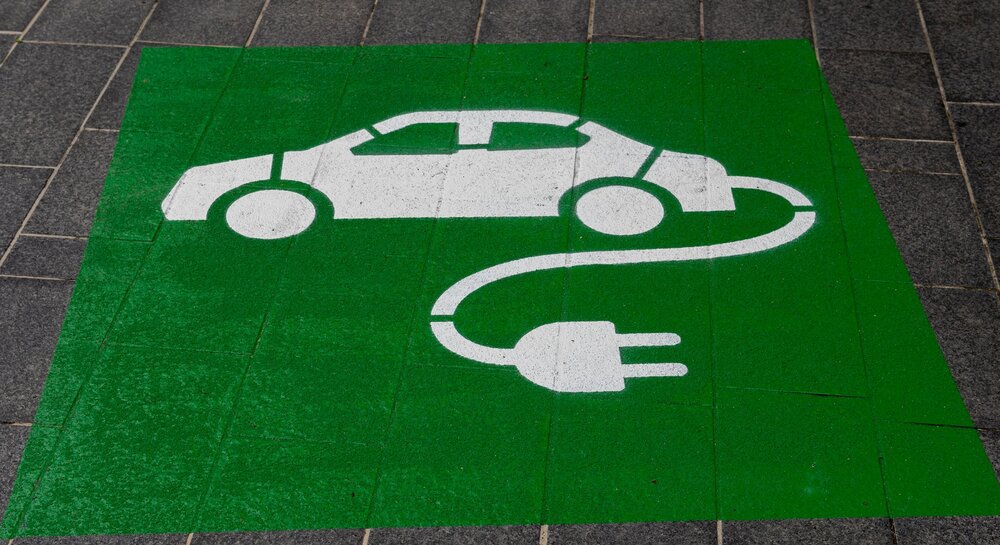 Longtime readers of Strong Towns can already spot several problems with the some of the underlying assumptions in the article. I want to highlight three.

Let’s start with the wisdom of “betting the future” on how quickly car companies can develop EVs and how quickly consumers will start buying them. I’m skeptical of any solution that begins with “Buy something,” but especially so here, considering the barriers to entry for many would-be consumers: lack of charging stations, long recharging times, short driving ranges, and high price tags. Welch mentions all these. He also talks about the raw materials involved in making EVs. Some of these materials are obtained at high cost to humans and nature, and many are refined overseas in China. In addition to future lithium shortages already predicted by many experts, I can’t help but think about how the pandemic has revealed—with everything from toilet paper and PPE, to, ahem, new cars—just how fragile the global supply chain is.

I’m not saying car companies shouldn’t be pouring their R&D dollars into electric vehicles in the hopes of expanding markets. What I’m saying is that if you believe climate change represents an existential threat, putting all our chips down on future technology—and people’s ability to buy it—is unwise. This is the ultimate huge, irreversible project we warn about in the Strong Towns approach.

The “dream of a cleaner commute” is alive in Portland…and probably in your city, as well. Transportation is the single-largest contributor to greenhouse gas emissions in the United States and the second-largest in Canada. Not only is climate change a concern for many, so, too, is air quality. Air pollution increases the risks of cancer, asthma attacks, and other respiratory problems, and it can lead to premature death. But is waiting—for the price of EVs to come down, say, or for more charging stations—the best plan we can come up with for cleaning our commutes?

The good news: We can get cleaner commutes right now by building cities that are walkable and bikeable. What if commuting by car or truck wasn’t an absolute necessity for so many people? What’s greener and cleaner than being able to walk, bike, or roll to work or school? Walkable, bikeable places are more economically productive, too. As summarized by my colleague Rachel Quednau, people-oriented streets encourage business activity, are more financially productive per acre, and provide a better return on investment. And that leads me to my next point…

In his article, Craig Welch interviews an engineer and entrepreneur named Robert Scaringe. Scaringe is the founder of Rivian, a 12-year-old company now valued at $28 billion. In addition to making its own electric trucks and SUVs—starting at $67,500 and $70,000, respectively—Rivian has a deal to make 100,000 electric delivery vehicles for Amazon. “Fifteen years ago,” Scaringe told Welch, “if we wanted bananas, we’d go to the store. If I wanted new shoes, I’d drive to the store.” Welch continues:

Now, deliveries bring books and meals and groceries and shoes to our door. Others make trips for us. In that, Scaringe sees an opportunity. What if he could switch a fleet of delivery trucks to EVs? “You may, as a customer, not yet choose to electrify on your personal vehicle. But because you’re handing over a lot of your last-mile logistics, you now are going to be electrifying whether you realize it or not.”

Here again, I want to be clear. I don’t have a problem converting delivery fleets to electric. What I’m saying is that, unless we change the development pattern of our cities, electric delivery trucks will be no more than a green Band-Aid over a much larger wound for our communities. But what if the “last mile” was the actual mile it takes to get from your house to a grocery store or corner store, a great local bookshop, or a beloved restaurant? The most environmentally friendly thing we can do is also the most economically friendly: start building neighborhoods again where people can work, play, gather, worship, and do much of their shopping close to home.

Craig Welch in National Geographic says that it’s hard to argue we’re witnessing anything other than a revolution. We’ve reached a tipping point: electric vehicles are coming, they’re coming fast (but maybe not fast enough?), and they’re coming everywhere…eventually. Not only is that point hard to argue, I hope Welch is right: I want the vehicles on the road to be electric vehicles.

But there’s another revolution too, one we get to help grow here at Strong Towns. It’s the “bottom-up revolution” to build more prosperous, more economically resilient—and, yes, greener—cities.

“The most immediate and radical thing we can do to rapidly cut emissions is to replace automobile trips with biking and walking,” Strong Towns president Chuck Marohn wrote last month. “That this is exactly what cities must do to address their massive insolvency crisis only increases the overlap in the Venn Diagram. That a Strong Towns approach to neighborhood-focused development is also a small-business, job-creation, family-first, quality-of-life agenda is serendipity environmental activists should lean into.”

This revolution doesn’t hinge on the outcome of one huge bet. Rather, it is built on many small steps, and a relentless cycle of observation and practical problem-solving.

This revolution isn’t on hold until we get more advanced technologies or better ideas. In fact, it seeks to draw humbly from the wisdom of our city-building ancestors.

This revolution isn’t waiting for billions of dollars in infrastructure money that may never materialize. As Chuck said just a couple days ago, the fate of the infrastructure bill “matters far less to your future than what you and your neighbors choose to do in your own community.”

This revolution is well underway, and it’s made up of thousands of people just like you.

So sure, save up for Tesla if you want…and hope that all your neighbors are doing the same. But in the meantime, keep doing what you can to build your Strong Town. Because building a Strong Town is good not only for the present but for the future, and not only for one city’s bottom line…but for the health of the planet we all share.

Want To Make Your Town Stronger? Look for the Amateurs.

We Are Not Just Economic Creatures: Dave Kresta’s Vision of Economic Development