An unfortunate recent article by Aaron Gordon for Vice is titled, “Walking Places Is Part of the Culture Wars Now.” It’s centered around a discussion of recent survey results from Pew Research, which appear to show that a majority of Americans prefer a neighborhood with larger homes and yards, but where driving is a must to get to schools, stores, and restaurants, versus a neighborhood where amenities are in walking distance, but the homes are smaller and closer together.

The survey also suggests that the strongest predictor of preferring an auto-oriented neighborhood (larger homes, farther apart) is not age, education, or even urban versus rural location, but rather political identification. Self-identified conservatives are more likely to favor the spread-out, auto-oriented community: 77% to 22%, versus 42% to 57% in favor of the walkable community for self-proclaimed liberals. Hence Gordon’s “Culture Wars” title and assertion.

The article is at points smug and condescending, not just toward conservatives but also toward the 42% of liberals whom “one would think [are] most concerned about climate change,” yet favor less walkable places. The piece and the widespread sharing of it are emblematic of an unfortunate trend I see in my social media circles of jumping on results like this to shore up one’s political priors, instead of building bridges and figuring out how to make a better world that all kinds of communities will buy into.

But also, the factual premise of the Vice piece is just wrong. The truth is that surveys like this don’t give us much accurate insight into the reasons people choose a home or a neighborhood, or how they might respond if presented with a different set of options. And that is good news for those of us who see an urgent need to change the prevailing auto-oriented pattern of development—in all kinds of communities. 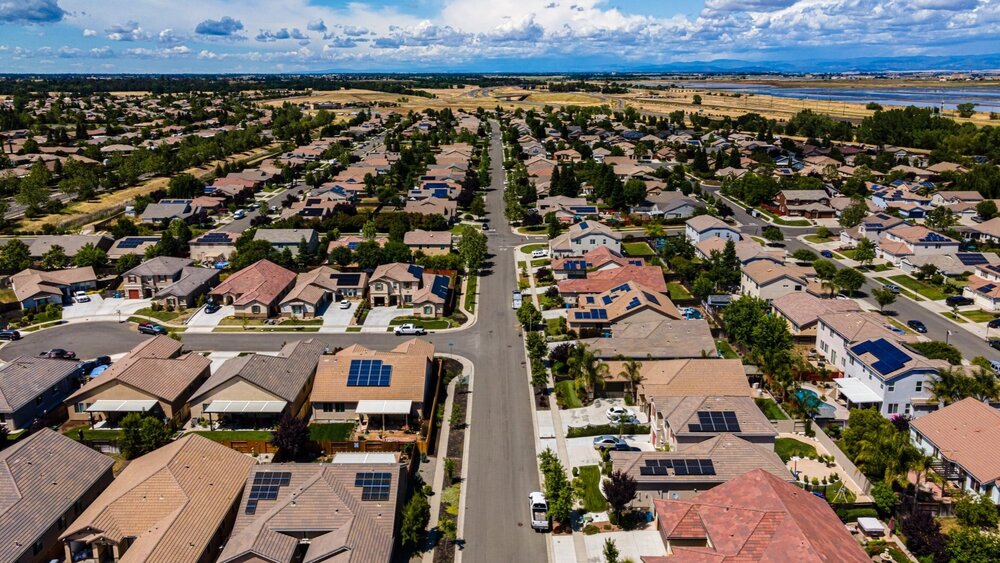 This Type of Preference Survey is Largely Meaningless

The kind of survey that Pew did here is fundamentally flawed, because it attempts to identify preferences in a vacuum, detached from the real-world contexts in which people develop and hold those preferences.

What are you buying when you buy a house (or rent one)? The answer is a “bundle” of housing and neighborhood attributes. These include the location, nearby amenities, and transportation options; the features of the home itself; the (perceived or real) quality of the school district; the local tax rate; the crime rate and your own subjective feelings of safety or comfort; and a community of people you might find like-minded and agreeable or otherwise.

You don’t get to pick these characteristics à la carte: they only come bundled. And it’s nearly impossible for a survey to neatly separate the pieces of that bundle for us, to the point where most respondents would make a dispassionate judgment about something like walkability separate from any other cultural, class, or lifestyle associations they carry in their minds.

The question of price also dramatically influences the relative appeal of different bundles. As Chuck Marohn memorably observes in Strong Towns: A Bottom-Up Revolution, “If the government were willing to subsidize lobster to be cheaper than hamburger, I’d continuously dine on lobster. More to the point, I’d express a strong personal preference for lobster. The longer this subsidy went on, the more entitled my expectations for lobster would become.”

Nearly every American alive today has only ever lived in a time when the suburban development pattern was deeply subsidized, while traditional urban fabric has been actively destroyed and disinvested in wherever it hasn’t been regulated into scarcity. It’s common—under these conditions of subsidy—for people to casually express sentiments like, “In suburbia, you can get more house for your money.” Such a belief will absolutely influence a question about where you would live, given the choice. 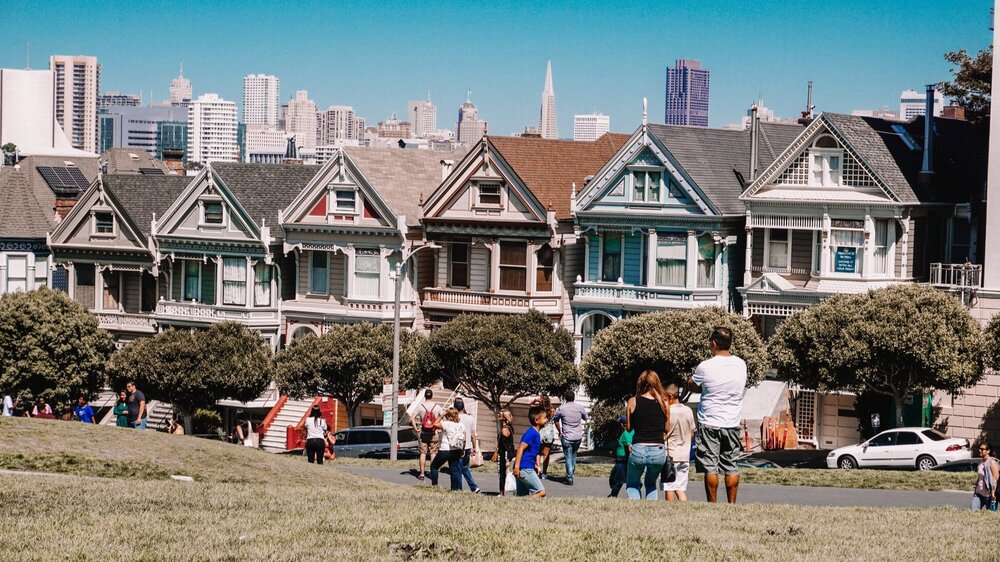 What Respondents Are Actually Saying: “This is What I Know”

Most people don’t think deeply, if ever, about development pattern or urbanism or even about the possibility of other ways of getting around. And we simply don’t know what we don’t know. Many Americans have never experienced living in a walkable urban place. (Data point: I know multiple 30-somethings who have never learned to parallel park.) Even more have never experienced living in a rural place or small town. Most of us have at least some experience with auto-oriented suburbia, because of its inescapability, but we may not have lived in it for long stretches of our lives. It’s hard for people who live and breathe urbanism to grasp, but most people, thus, will answer questions like Pew’s based on gut reactions or emotional associations, not firm opinions grounded in true experience of what it’s actually like to live in different kinds of places.

Most people do, however, like their own neighborhood. And most people also like the kind of place they grew up. They have fond associations with what is familiar to them.

That fact—familiarity—is what’s driving these results, and the reason you see them map to political alignment is that there is a divergence in “what is familiar” that increasingly tracks with partisanship. The prevailing geographic factor that explains partisan alignment is whether a location is urban versus rural. It used to be more about region: North vs. South in particular, with the Midwest playing a swing role. Now it’s population density. The cities and suburbs go blue, the exurbs and rural areas go red, with few exceptions.

Where there is partisan polarization, it’s not surprising to see a corresponding increase in polarization around the cultural signifiers of that divide—the things that make you think, “These are my kind of people.” But it’s a tall order to claim that cultural hostility to “walking places” is what’s causing conservatives to live in low-density areas. The reality is much more complex and multi-factor. A survey that says that conservatives prefer spread-out environments might simply be reflecting the reality of more conservatives having grown up and lived in such environments.

But this doesn’t really tell us, in a constraining sense, what kinds of places people actually would enjoy living, or could enjoy if their lives put them in a context where a different set of choices made sense. 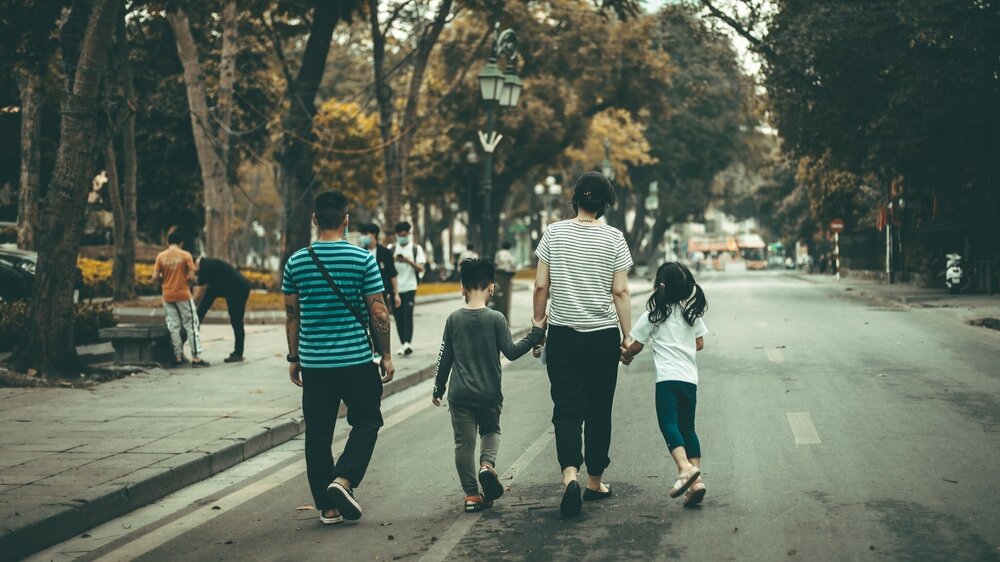 Walkable Urbanism Has More Unifying Appeal Than You’ve Been Told

Even if you do take this study’s results at face value, it’s a stretch to interpret its major takeaway as, “Most Americans don’t want walkable places.”

Most Americans, as I said, have only ever lived in a time in which the suburban development pattern was the subsidized, heavily incentivized, all but mandated default. More Americans than not grew up in single-use residential communities, where trips to work, school, shopping or dining out were almost always made by car.

Despite that, a whopping 39% of respondents to this survey across the board said they would rather live in a walkable neighborhood, even if their home and yard were smaller.

Think about that. What percent of Americans actually live in places where schools, stores, and restaurants are in comfortable walking distance? It is far, far less than 39%. Simply achieving 39% would be a dramatic transformation of this continent.

We could stop building single-family detached homes on large lots tomorrow, and we’d still have enough to meet years of demand from the people who strongly prefer them. We could only build walkable infill, and it might still take decades to satisfy the 39% that say they want it.

And by the time we did, I suspect that 39% would have risen, because a lot more Americans would have experienced the option of living in a place where you’re not tethered to a car. Maybe it’s arrogant or too affirming of my own biases to say so. But I don’t think so.

I’m basing that belief not just on the financial and regulatory deck stacked in favor of auto-centricity, but also on the fact that the actual walkable places that Americans today are most likely to experience have a remarkably unifying appeal. Liberals and conservatives alike have a great time living on college campuses; visiting not just Paris and Rome but also New Orleans and Savannah; hanging out at state fairs and in theme parks literally modeled on traditional Midwestern main streets.

The popularity (and high price tag) of New Urbanist communities that emulate traditional forms and attempt to resurrect the principles of traditional neighborhood development also transcends party or region. Many of these are in fact built in deep red areas, from the Florida Panhandle to Alabama to Oklahoma.

And, of course, the real deal traditional pattern of development that New Urbanism is copying can be found both on thousands of small-town main streets and in neighborhood commercial districts in big urban areas. It has an appeal that transcends political and other cultural divides. Those two kinds of places, I should add, have far more in common with each other than either has with a suburban subdivision or power center.

These may not be the places many of us think are being pushed on us when we hear people talk about urbanism or sustainability or, god forbid, “density” in a culture-war sense. (Many rural conservatives hear “Everywhere should be Manhattan;” too many liberal urbanists are eager to confirm the stereotype.)

But that’s just the thing. Where Americans have experience with traditional development, they tend to respond positively. Where they don’t, they fall back on cultural signifiers and familiar reference points.

The bottom line is if you want people to like a certain style of development or neighborhood, build it. Make it awesome. Show them that they love it. That’s the only way you’re going to change minds.

And if you’re a local policy maker, please just work to make it legal to do so.