Welcome to the Burren in the West of Ireland, where Shane Casey’s family have been farming Blackhead mountain for some two hundred years. Here, the unique limestone landscape requires a unique way of farming. Traditions are passed down through many generations of Burren farmers to maintain the critical symbiotic relationship between farming and conservation. In his first Letter From The Farm, Shane takes us through farming in the Burren, past and present.

My family have been farming Blackhead mountain since before the famine, and while many things have changed, some haven’t.

Today, we have a pedigree and commercial suckler herd, pedigree sheep flock, and a collection of horses, ponies and donkeys – a far cry from the mixed farming that was so commonplace in the past.

In my mid-thirties, I have a different set of memories than my slightly older siblings. I remember the threshing machine parked up, but not in use. A rusted turnip pulper, but not the turnips. A piggery, but no pigs. Though I do remember the hens and ducks, the goats that used to arrive down from the mountain to kid every Spring, and a vague memory of a cow that my mother used to milk. 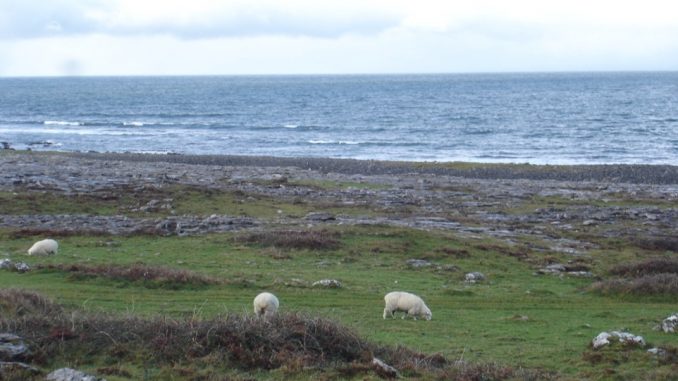 But that’s enough nostalgia for now. Our farm today is 800+ acres, but anyone who has travelled the coast road between Fanore and Ballyvaughan will tell you that most of it is limestone pavements – a landscape that the Burren is famed for.

If you walk through it in summer, you’ll see plenty of flowers, but few, if any, livestock. The mountain is mainly used for winter grazing, known locally as winterage, and is a unique farming practice here in the Burren that has been passed down through many generations. A combination of science and tradition make it a wonderful ‘farming for conservation’ story that I’ll be happy to share with you in a later letter. 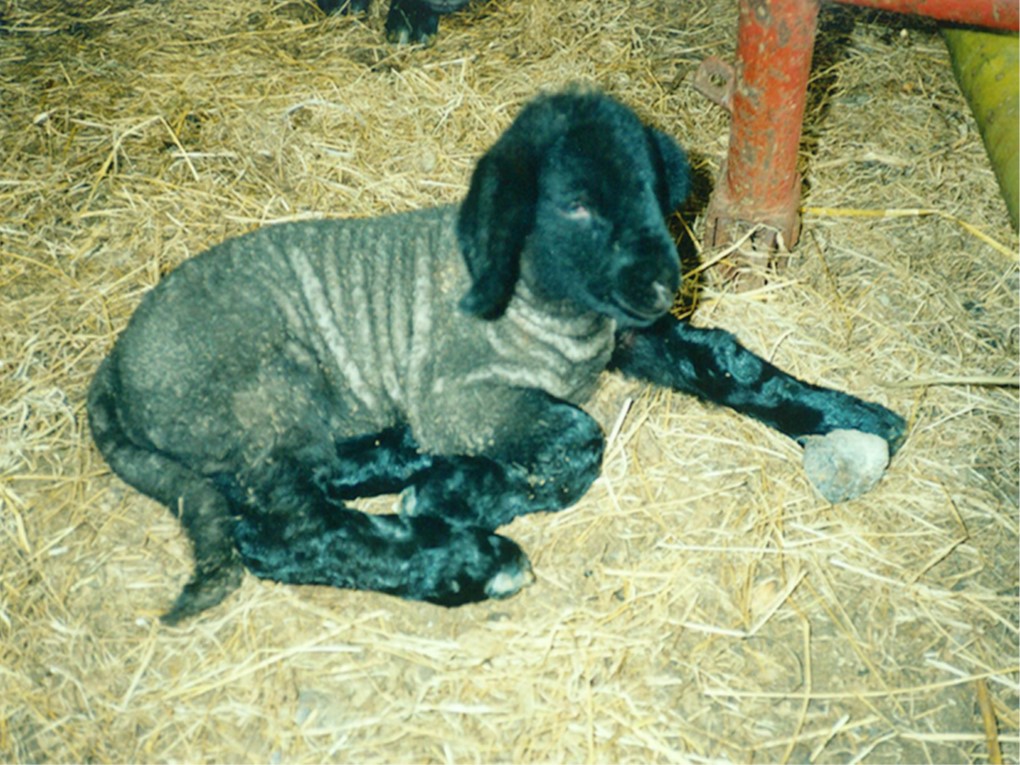 There are 3 pedigree sheep breeds on our farm. The Galway sheep is a local breed, and now a rare breed. My family have been heavily involved in the Galway Sheep Breeders Association and produced several All-Ireland champions throughout the years.

Interestingly, I don’t ever recall buying in female replacements in my thirty odd years, and doubt that my father or grandfather did in their time either. So it’s entirely likely that our flock’s bloodlines have been on Blackhead for a hundred years and more.

The Suffolk flock was a much more recent addition, arriving in the early 1980’s, with the Texels arriving a few years after that. For a while, the Suffolk ram was crossed with a handful of Galway ewes. Pedigree Galways are more famed for their wool than their meat, but the hybrid vigour of the cross produces lovely butcher lambs that are quick to put on flesh. Our household were big meat eaters when I was growing up, and it was always our own beef and lamb on the dinner plate.

But the Suffolks and Texels on our farm were always meant for breeding, not for meat, and our childhood summers were spent showing ram lambs at agricultural shows. It was a way of showcasing the quality of our stock, and consequently many of the rams we bred were sold locally, influencing the quality of sheep flocks beyond our own farm gate. Indeed, the majority of buyers have become regulars, with some arriving with a trailer in tow before even seeing the lambs.

The Suffolk ram is normally let out with the ewes in early August, with the aim of having lambs born in early January. This allows ram lambs to be strong enough to breed in their first summer.

The Galways are different. Rams are sold at a year and a half (a strategy linked to securing the survival of the breed), and so the ram is let out in October with lambs being born in March.

For farmers producing butcher lambs, these dates would be the difference between early-season and mid-season lambs, which significantly influences how lambs are reared, with the latter benefitting from Spring grass growth, but losing out on the higher Easter prices. 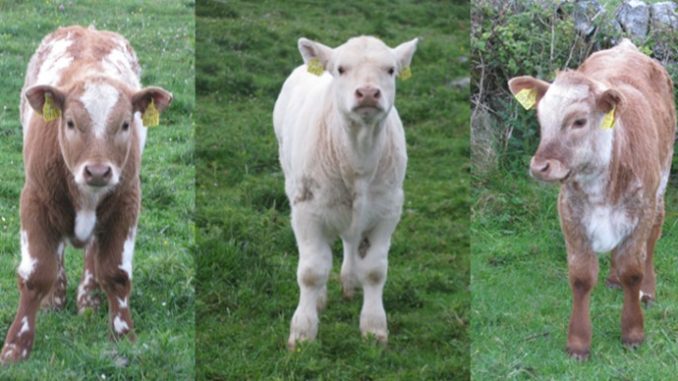 When you find a good (or lucky) bloodline, you tend to stick with it

“An ounce of breeding is worth a tonne of feeding”

Along with showing rams at agricultural shows, we also showed calves. Our farm is not conducive to finishing cattle, so ours is a suckler herd.

The majority of the cows are Shorthorns, leaning more on the beef side than the dairy. In the past, there were more Herefords in the herd, but their popularity at the mart dwindled and so too did their numbers. And being interested in breeds and breeding, we’ve always had a menagerie of oddities, from Highlands and Galloways, to Piedmontese and Salers, and even a couple of Kerry cows (I say oddities as many of these would be uncommon in most parts of Ireland).

The cows have their first calf at two and a half, which is normally from a shorthorn bull, with any heifer calves usually kept as replacements. I wouldn’t be as confident with the lineage of the Shorthorns, as I am with the Galway sheep, but for many years, the majority of replacements bought in came from a small handful of local farms – when you find a good (or lucky) bloodline, you tend to stick with it.

Their second and subsequent calves are from a Charolais bull. In the late 1980’s, my father brought the All-Ireland champion bull home to Blackhead – an unusual home for such an animal, but a signal of intent, and we’ve had a pedigree Charolais herd ever since. ‘An ounce of breeding is worth a tonne of feeding’, he’d tell us, but that’s a story for another letter! 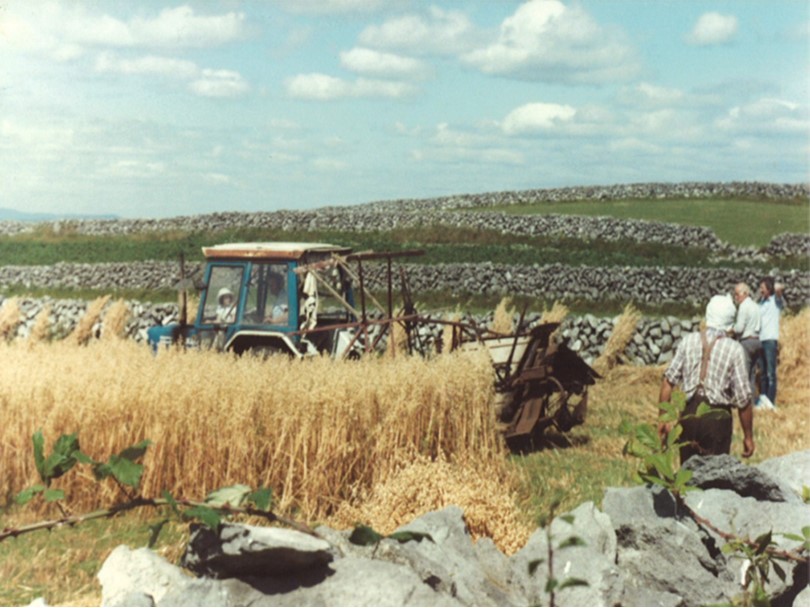 The gardens in times past

Today, in the middle of Summer, most of our animals are grazing contentedly in the patchwork of little green fields (what once were gardens, and still called this), nestled between the mountain and Galway Bay, or in the sloping green meadows of the Caher Valley, between Blackhead Mountain and Slieve Elva mountain.

As with every season on every farm, Summer brings its own high-pressure jobs, none more so than getting the hay or silage in. The soft Irish weather is one of the best in the world for growing grass, but it drastically raises stress levels when looking for a few dry days in a row to save hay – though less so when making silage, something unheard of by previous generations.

But to offset that stress, there is a great sense of peace or satisfaction when herding throughout the Summer. The lambs and calves that you were so worried about being born alive and healthy in the Spring, are now growing and putting on condition every day you go to check on them.