There’s a joke about contemporary architecture schools (which I’ve related before) that goes something like this: The purpose of architecture schools these days is to graduate tortured geniuses who design one-of-a-kind buildings which have no relationship to their surroundings. But I think the joke is on us. Board after board, commission after commission, and company after company have approved the most hideous buildings, believing they were being forward-thinking, open-minded and on the leading edge.

John Ruskin, the great Victorian art critic, observed that art both reflects and instructs the society in which it is embedded. The cartoonish buildings which now deface the American skyline and those in many cities around the world reflect a fundamental disturbance in the mind of the architectural community. But they also reflect the minds of those who approved these buildings, minds which appear untethered to any sense of historical continuity or human connection.

That is the curse of an age which believes it has now freed itself from the past. We have lost all perspective and anchoring. And, instead of being free, we have become bewitched characters in an Orwellian fantasy in which ugliness is beauty and love of beauty is some kind of pathologically naive attachment to bourgeois values—values which have no sympathy for the rising democratic spirit of the age.

The essay “Why You Hate Contemporary Architecture” provides essential background for this development:

A few obvious stylistic changes characterize postwar architecture. For one, what is (now somewhat derisively) called “ornament” disappeared. At the dawn of the 20th century, American architect Louis Sullivan proclaimed the famous maxim that “form follows function.” Even though Sullivan’s own buildings were often highly ornate, adorned with elaborate Art Nouveau ironwork and Celtic-inspired masonry, “form follows function” was instantly misinterpreted as a call for stark utilitarian simplicity. A few years later, architect and theorist Adolph Loos, in a 1908 essay called “Ornament and Crime,” dramatically declared that a lack of ornamentation was a “sign of spiritual strength.”  These two ideas quickly became dogmas of the architectural profession. A generation of architects with both socialistic and fascistic political leanings saw ornament as a sign of bourgeois decadence and cultural indulgence, and began discarding every design element that could be considered “mere decoration.” 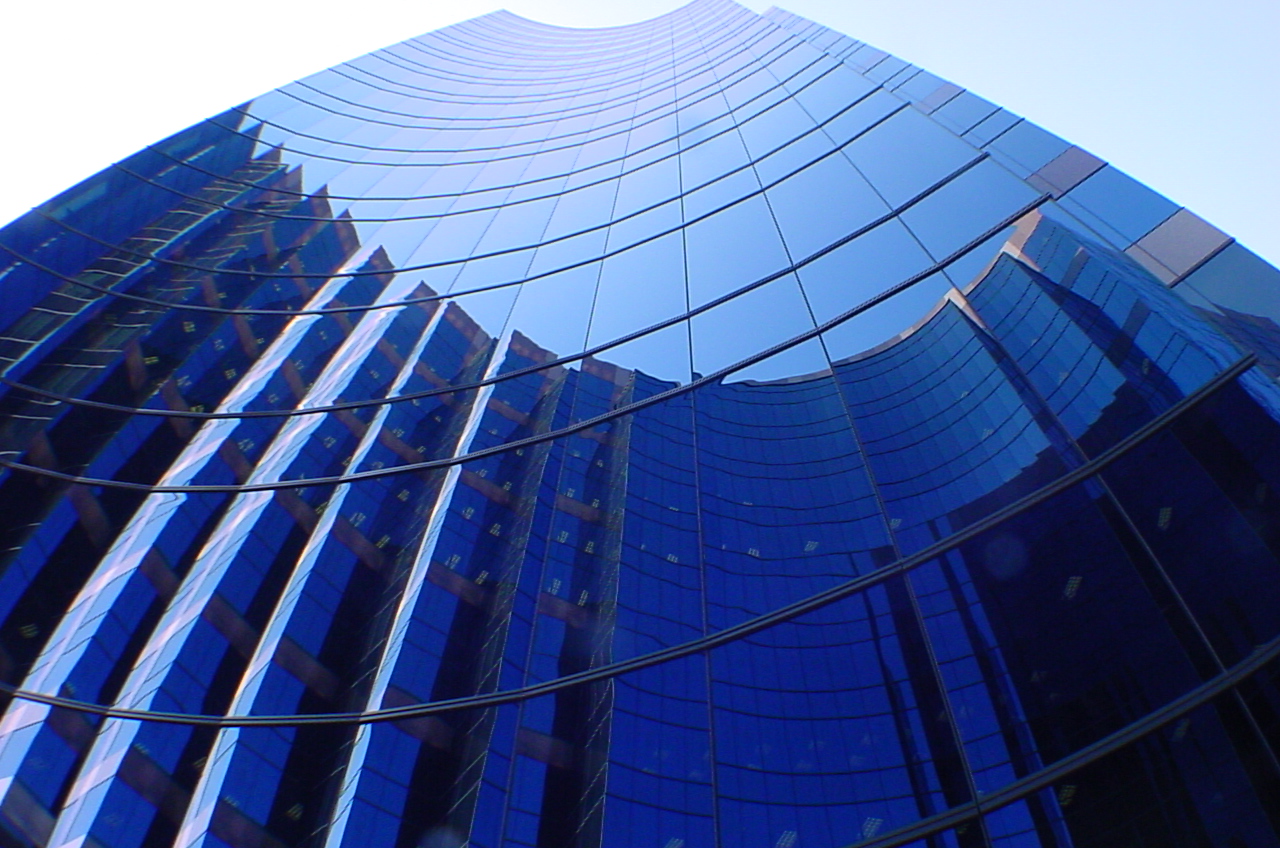 Mirror, mirror IS the wall

The result is that we end up with building exteriors that are often featureless (think: mirrored glass all the way up) and on a scale which is so overwhelming that instead of being filled with an empowering democratic spirit, we feel like puny cogs in some Borg-assimilated machine culture. For the uninitiated, the Borg are a fictional race appearing in the Star Trek television series. The Borg are cybernetically enhanced beings amalgamated from numerous conquered civilizations and coordinated by a shared mind. They pack a lot of firepower wherever they go, and they are fond of saying: “Resistance is futile.” 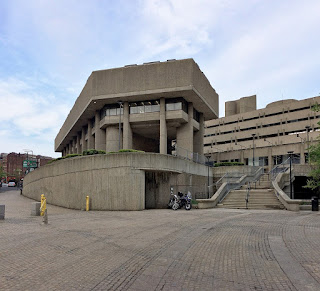 When you stand in front of a building like the Boston Government Service Center, you really do feel that resistance is futile—so much so that the building seems designed to create traffic for the mental health services available there. The architectural style is called Brutalism. I’ve been there. It’s brutal.

Where we live, what we see, what we think and feel when we survey our surroundings matters. The buildings we live and work in ought to invite us in and make us feel that we belong there.

But, the idea that we should be nurtured and delighted by the buildings we live and work in has become a largely foreign idea. The tall, sleek, modern structures which make up much of our modern city centers look as though they are part of a vast mini-storage business, designed to pack in as much stuff and, in this case, as many people as possible.

That is the logic of much modern office and apartment building architecture: to maximize cash flow per square foot without regard to the needs of the people who use them. And, showy entrances do little to mitigate the rabbit warrens which typically constitute the remainder of such buildings.

Spaces that would invite people to encounter one another and to stop and talk are essentially wasted spaces since you can’t really rent them (unless they are “community rooms” which are to be rented for pre-appointed gatherings). 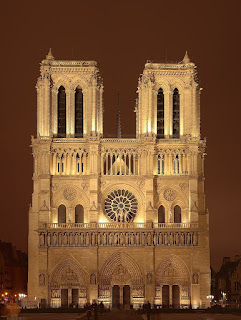 Notre Dame Before the Fire

Those who look at a Gothic cathedral and say we could never build anything so grand today are right. The skills required to make such a building have all but died out. But what has also died out is a desire to build for the ages.

In our own age, even our tallest, weightiest buildings are not built to last. We can expect many of our modern “colossal” but faceless structures to disappear within a lifetime. As this New Yorker magazine cartoon aptly quips: “Great design, but when the time comes, a bitch to implode.” (I would happily implode the building depicted on day one.)

Buildings have become disposable. They are playthings for highly leveraged real estate companies looking to extract huge sums for their managers and shareholders. The logic of capitalism has turned buildings into nothing more than ATMs for the wealthy who own them.

I confess to being aligned with what is called New Urbanism, especially in its respect for continuity, its desire for creating places (and not mere spaces), and its de-emphasis of the automobile. In my view it seeks to create places that have what I call a human face and a human scale.

Modern architecture is a reflection of an age governed by the top-down application of concepts rather than the bottom-up integration of experience. I believe that the revulsion that so many of us feel against modern architecture is an instinctual sense that it violates our experiential understanding of how the built environment should work. And, I believe much of the social and political tumult around the world today is a reflection of an instinctual desire to remake our social, political and, yes, our built environment to comport with what our experience tells us is consonant with human thriving.

Every attempt is being made to stamp that desire out. But I do not think those attempts will ultimately succeed.

All photos from Wikimedia Commons.

Mirror, mirror IS the wall: Orange County Office Building by Catatonique under this license.

Notre Dame Before the Fire: By Sanchezn under this license.

It’s all connected: The natural gas market and its casualties