In this exclusive interview, Ursula Billington speaks to Pat Mooney, co-founder and executive director of the ETC Group, expert with IPES-Food, and lead author of the new report ‘A Long Food Movement: Transforming Food Systems by 2045’. Adamant that we can find opportunity in crisis, Pat shares his insights on Grey Swan events, grassroots versus global strategies, and building muscle to fight for change together.

Ursula Billington: You launched the report on 30 March after many months of work….

Pat Mooney: Yes, but in many ways the work just begins. This was meant to be a provocation rather than a conclusion. It depends on the response of my colleagues in civil society as to where we go from here, and whether we actually do something with what are simply bare bones ideas. We certainly didn’t try to tie up all the knots and make everything clear and straight forward. There’s lots to be done.

Ursula Billington: What would you like the food and farming community to take away from the report? Is it a call to arms?

Pat Mooney: It’s more a call to ‘armies’ than arms, and not just one army. Frankly, we are obviously in a bad situation now in the world: realistically the trendline overall is not encouraging – and deeply discouraging for that reason. So for us the three messages that have to come out clearly are:

Firstly, we are at a time of enormous change and that change can actually lead to a better place. We are in a phase of 20 years or so, going back to the financial crash of 2008, where we really can make much more positive change. There’s hope in the midst of this bad situation.

Secondly, if we don’t take advantage of our capacity in civil society to plan for the long term, we will not succeed. We have to do the short term: we’re surrounded by governments who are always doing the short term – that is understandable to some degree, but it can also lead to disasters. We have to be aware of the need to keep an eye on the long term.

Thirdly, we’ve got to do it together. Not as one unit, but in our separate areas. The food movement can’t do it by itself. It’s got to be working with all kinds of other movements who would define themselves more easily around health, human rights, labour or climate.

If we do those things, we have a chance of winning. If we continue as we are – as good as some of the trends are, they won’t be good enough. 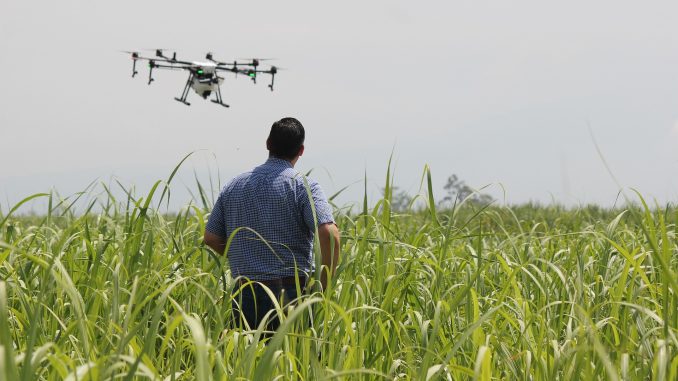 “I think that there is still a distrust of the capacity of agribusiness, or even just capitalism in general, to do the job they claim they can do. That distrust of the companies on one side and the recognition that governments need to do more gives us a chance to really make change.”

Ursula Billington: Do you see the several converging global crises as an opportunity, a catalyst for change?

Pat Mooney: Absolutely. For the first time we’re really recognising the importance of government. Governments have been made too weak, too fragile. We are recognising and working with the need to put the brain power back into government again and make it more responsive to us.

Secondly, I think we are recognising that agribusiness hasn’t done the job in the past. I think that there is still a distrust of the capacity of agribusiness, or even just capitalism in general, to do the job they claim they can do. That distrust of the companies on one side and the recognition that governments need to do more gives us a chance to really make change.

Ursula Billington: The report references the need for civil society to work with friendly governments. Is policy still the most important lever for change?

Pat Mooney: I think that doing any one thing is a bad idea. We have to do a few things together. I have much more faith in grassroots, sub-national and national strategies, than I do global strategies. I think global strategies, however, sometimes create space for more national or local strategies – they can help each other out.

In many countries where civil society has very little voice, something suddenly developing at the international level creates space for them to do more at the national or sub-national level; and experiences at the sub-national level show us ways to move forward internationally as well. Where those two come together it’s possible to nudge governments in ways they wouldn’t move otherwise. 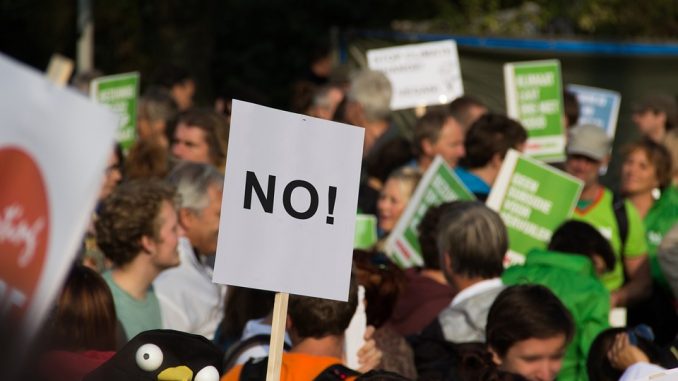 “The food movement can’t do it by itself. It’s got to be working with all kinds of other movements who would define themselves more easily around health, human rights, labour or climate.”

Ursula Billington: A huge amount is being placed on civil society here but resources are often so limited. How can that disparity be resolved?

Pat Mooney: I went to my first overseas food meetings in the 1960s… In those days we didn’t even know who else was out there. Nowadays not only do we know who the other actors are, but we also have a way of talking to them and a reasonably worked-out relationship. We also have pretty good networks of connections between, for example, food and environment groups, particularly climate and biodiversity. There are good linkages with the trade groups who have been fighting trade issues and globalisation for decades; and increasingly good connections between food and health. They can be built upon.

It works surprisingly well. It’s hard work, but it’s easier than it used to be. The pressure to get things done and the sense of urgency is, I think, there.

Our first target (with this report) was civil society, but our second target was the folks that fund civil society. Not just the so-called progressive foundations, but also the bilateral aid agencies. If we don’t get more long-term funding for sections of work from these groups then there’s also not much hope.

Ursula Billington: The report references many positive movements and initiatives happening across the world stage.

Pat Mooney: There are very encouraging movements. The trendline around organics is encouraging – both consumer and producers. Fairtrade – the consumers want to pay for it. That’s the thing we have to remember: there’s a desire and it’s increasing rapidly.

The concern about the climate is growing rapidly. The trendline in support of food safety is very strongly there now. We see exponential growth in vegetarianism.

My concern is that if we follow those trendlines as they are, frankly, we still can’t get to a safe place by 2045. But if we work together try to build them, and we recognise the hard realities in negotiations and playing tough, then I think we can get to a better place. 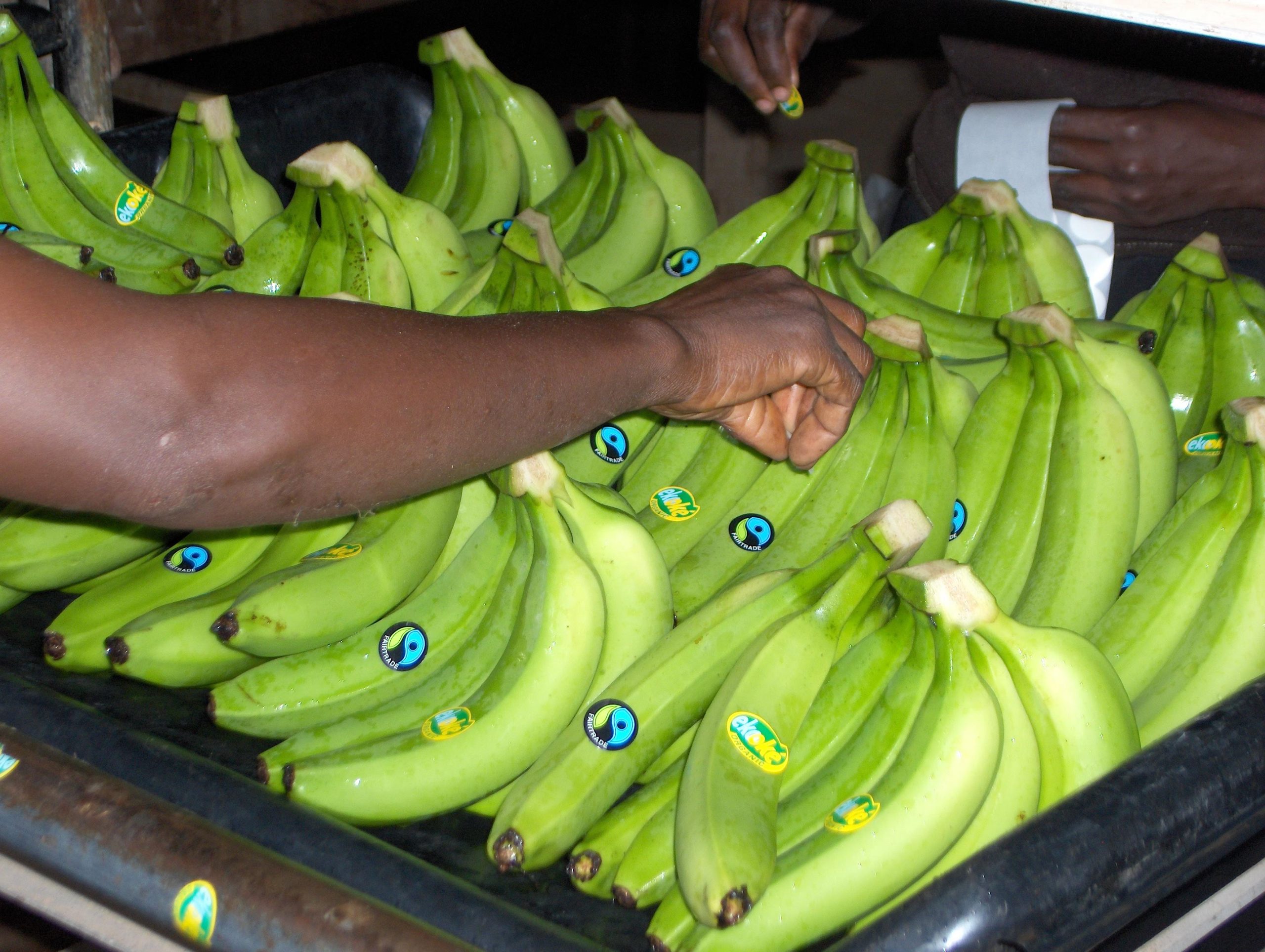 “Fairtrade – the consumers want to pay for it. That’s the thing we have to remember: there’s a desire and it’s increasing rapidly.” Image credit: Make Fruit Fair! via Flickr

Ursula Billington: It’s heartening to see positivity in terms of global patterns, although this clearly needs to be increased.

Pat Mooney: We need to recognise the linkages between groups: those trying to promote backyard or school gardens, supporting CSAs, fighting to remove pesticides from the fields – need to work together and find a way to carry that message to the people concerned about high quality food in their shops.

The thing I liked most in the report was our concept of Grey Swans. There are Black Swans that you can’t do anything about because you don’t know they’re going to happen; but the Grey Swans are predictable – not in their dimensions or timing exactly; but we know there’s going to be another food price crisis, a catastrophic climactic moment of some sort, or energy problems: things like this are going to happen.

The real issue is, will civil society already have pre-negotiated an understanding of how to move when that crisis arises? We could be showing our record of the last 10 or 20 years, and the steps needed to legislate and regulate now, in this new crisis. If we build up a historic track record so we can make the case in a clear way to the public, so that governments have to worry, then I think we can make progress.

And it’s not just convincing arguments, you have to have the muscle behind that. It’s a pincer approach – you’ve got to have sound arguments and then you’ve got to be prepared to fight hard and tough.

Teaser photo credit: “Grey Swans are predictable – not in their dimensions or timing exactly; but we know there’s going to be another food price crisis, a catastrophic climactic moment of some sort, or energy problems: things like this are going to happen.” Image via Pixabay