Transition Houston had its origins in a permaculture class offered by the Permaculture Guild of Houston and Urban Harvest in 2007-2008. Mark Juedeman, a member of the class, had discovered the Transition movement online. He was so excited when Rob Hopkins’ The Transition Handbook was published that he bought a number of copies and gave them away to others he thought might be interested. Shawn McFarland, a teacher in the class, also purchased a copy and was likewise smitten.

Mark’s design project for his Permaculture Design Certificate (PDC) was to organize Transition Houston. The first organizational meeting was held in March of 2008, and Transition Houston became an official Transition Initiative in September 2009.

Several action groups formed early on, with one of the most successful being the Permablitz group. Marybeth Seligmann, another member of the permaculture class, took on organizing permablitzes as her PDC project, mentored by Shawn. Permablitzes grabbed the imagination of our permaculture-oriented members. Developed in Australia, a permablitz is an informal gathering in which a group of at least two people come together to: a) create or add to edible gardens, b) share skills related to permaculture and sustainable living, c) build community, and d) have fun!

The initial target of our blitzes were people’s yards (both back and front). Marybeth and Shawn, and sometimes others who had obtained their PDC, served on the design team. They would meet with the person hosting the permablitz a few weeks before the event to look at the site and discuss what the host would like to do, what was possible, and what resources they could contribute. A materials list was developed and the host was responsible for the cost of materials. Often, we could help them find no- or low-cost options (recycled materials, donated plants, reused bricks, etc.). 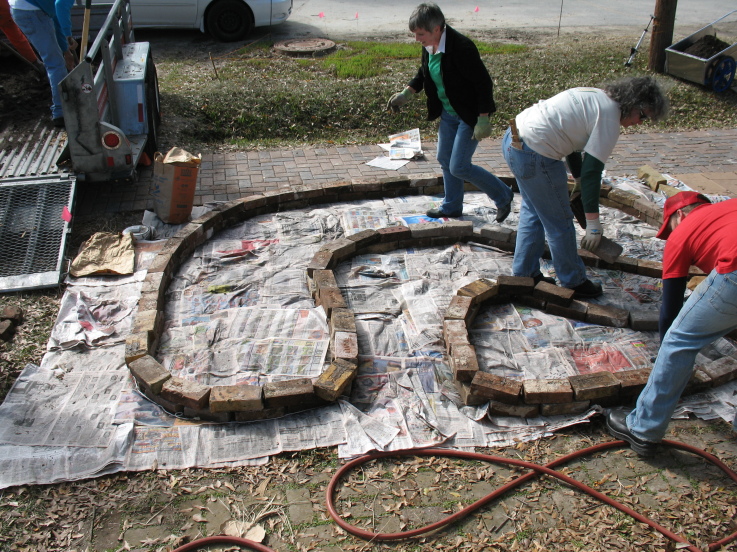 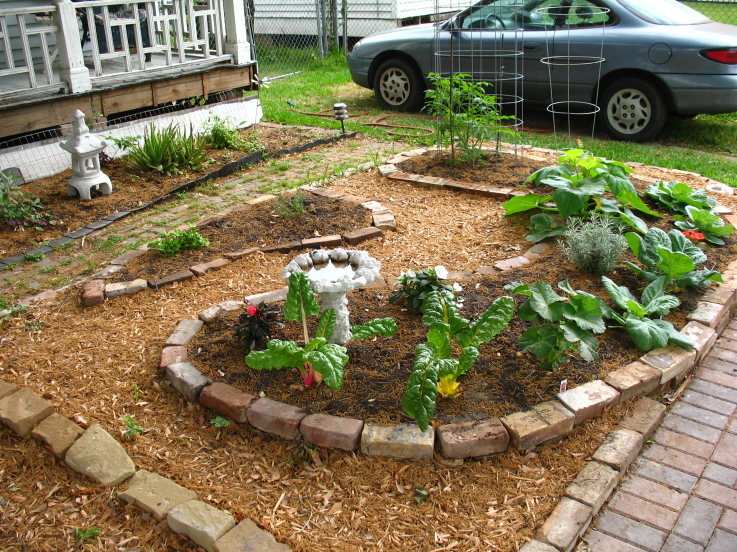 The members of the Permabilitz Action Group would put out a notice for a permabliz, invite folks to bring their tools and gather RSVPs. Participants would usually gather early on a Saturday or Sunday morning for refreshments. We would talk about the various possible projects, and walk around the property to look at the context. Folks would select whichever project appealed to them to work on. The permablitz would proceed through the morning, with the goal of finishing by midday, at which point we would gather for a walk through to view the accomplishments and then to share a celebratory potluck lunch. There was a great deal of sharing and bonding while people worked, talked, and shared a meal.

Examples of the projects we attempted (usually successfully) included:

Permablitz hosts were drawn from the pool of people who had volunteered three times at previous blitzes. When we began we obviously had no pool of previous volunteers so we drew a name from our Transition group members. As it turned out, the person whose name we drew was unavailable on our first date, so he passed the slot to his sister, Sarah Gonzales, who at that time was not involved in our group. She had such a great experience that she became fully involved in the Transition Houston core team and continues to lead to this day.

For the first several years, Transition Houston’s permablitzes were scheduled once per month during the cool months of the year (spring and fall). We started out with between four and seven blitzes per year. Eventually, the frequency of our projects declined to one or two per year. The host sites also changed to include not just individuals but also organizations that needed volunteer help (such as community gardens). 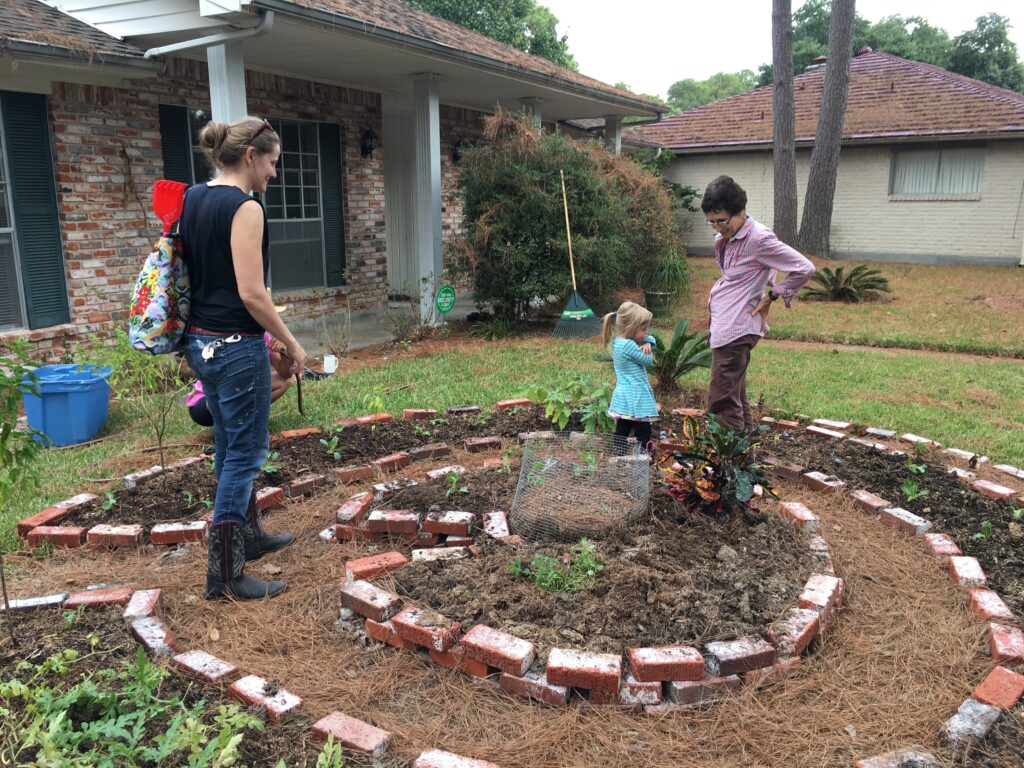 We had a great deal of pent-up demand from people who had volunteered at three previous permablitzes and now wanted to host at their home. We attempted to do two blitzes on the same day, but that wasn’t always optimal.

With the pandemic, it has become even more difficult to gather together for these activities, so we have paused our blitzes for a while. Our Transition Houston core team now connects via a texting link when our city went into shutdown in mid-March 2020. and again with the winter storm of February 2021, through which we continue to share, talk and help each other. We cannot wait to get out of our homes to meet up again and plan for more meetings and permablitzes. Our core team has a deep bond, and we hope to continue to offer Transition Houston events to the community and widen our group in the future.

Advice for Those Who Want to Replicate This Project