PHILIP, South Dakota – The difference in law enforcement handling of peaceful Native pipeline resisters compared to that of the violent mob that breached the U.S. Capitol Building was an inequity not lost on Indian Country.

“At a time when white rioters are being let off the hook after raiding the nation’s Capitol and driving legislators into hiding, Native Americans and other people of color are still being dealt harsh criminal charges for nonviolent acts of civil disobedience,” said Chase Iron Eyes, lead counsel for the non-profit Lakota People’s Law Project.

He “committed no acts of violence,” yet he faces up to 23 years in prison for 12 charges, including felony aggravated assault and felony aggravated eluding, the Lakota People’s Law Project said in a written response.

The project, headquartered in Bismarck, North Dakota, has championed the cause of dozens of Dakota Access Pipeline resisters arrested in connection with that state’s militarized law enforcement crackdown on thousands of self-proclaimed water protectors who backed tribal governments’ legal cases to stop the construction across the Missouri River at Standing Rock in 2016-17.

Project personnel were on site in Philip at the time of High Elk’s arrest, in solidarity with another Roots Camp supporter, Cheyenne River Sioux tribal member Jasilyn Charger, 24, who locked herself to a KXL pump station to delay construction on Nov. 21.

She was arraigned and released Jan. 6 for a Class 1 misdemeanor of trespassing for the peaceful civil disobedience action. Donations met High Elk’s bail, allowing his release that day, as well.

Cheyenne River Sioux tribal member Jasilyn Charger, 24, is charged with trespassing on her treaty land for locking herself to a KXL pump station in an act of civil disobedience to delay construction. COURTESY / Earth Guardians

In a Jan. 8 declaration from another Lakota-led grassroots organization, Nick Tilsen, president and CEO of NDN Collective, said, “There is a glaring double standard in the police response to right-wing and white supremacist protests compared to the way Indigenous, Black and POC have been brutalized by police throughout history, and continue facing violence and death at the hands of the state today.”

Tilsen currently is facing felony charges and up to 17 years in prison after being met by police and National Guard for the #LandBack nonviolent direct action he and 200 others took on July 3 during Trump’s campaign stump in sacred Black Hills treaty territory.

“It’s long overdue for the double standards to be called out – for over-criminalizing protests led by people of color, and yet little to no accountability for white supremacist acts of violence,” he said. NDN Collective “vehemently” supported calls for impeachment of Trump.

Lakota tribal presidents were among Native opinion leaders who expressed dismay over the historic and deadly mob breach of the U.S. Capitol Building that led to the impeachment, Trump’s second, this one on Jan. 14, for incitement to insurrection.

Oglala Sioux Tribal President Kevin Killer immediately declared, “In response to the events at the U.S. Capitol today, I want to assure you the Oglala Sioux Tribe and its citizens do not condone the violence associated with the certification of the presidential election and assault on our democracy, which is rooted from Indigenous ideals.

Anticipating upcoming unrest over the inauguration of President Elect Joe Biden and Vice-President Elect Kamala Harris, Killer said he contacted other officials and law enforcement “regarding the safety of our tribal members during this difficult time. Monitors will remain vigilant at our borders, and we have taken measures to ensure their continued safety,” he said.

“I offer my condolences to the woman who lost her life at the Capitol today, and I thank the many agencies who came together to resolve the situation.”

Killer referred to Ashli Babbitt, who U.S. Capitol Police said died after taking a shot from a service weapon as she was recorded forcing her way toward the House Chamber. Three other fatalities occurred later, one of them a police officer.

Capitol Police Chief Steven Sund said his department ultimately received assistance from more than 18 local, state, and federal law enforcement agencies and the National Guard, but not enough to avoid injuries to more than 50 Capitol and other police officers.

“The violent attack on the U.S. Capitol was unlike any I have ever experienced in my 30 years in law enforcement here in Washington, D.C.,” Sund said Jan. 7.

“But make no mistake – these mass riots were not First Amendment activities; they were criminal riotous behavior.  The actions of the USCP officers were heroic given the situation they faced …,” he said.

More than 50 police officers were injured during their response to the riot and one, Capitol Police officer Brian Sicknick, later died.

“We watched the events unfold at the U.S. Capitol with great sadness and concern.   What we are most troubled by is the fact that this act of domestic terrorism was incited by the President of the United States. What happened was not supposed to happen in the United States.

“The level of violence that we have witnessed over the last year and even the last four years has been troubling.   We saw various protests in cities throughout America last year where people were beaten, handcuffed, and rounded up in busses,” he said.

He recalled how “one of our tribal members sang an impromptu honor song in the balcony of the U.S. Senate after the Senate rejected the KXL Pipeline.   Our tribal member was arrested and led out of t the chamber by the park police.  He honored those senators and was arrested!” Bordeaux continued. 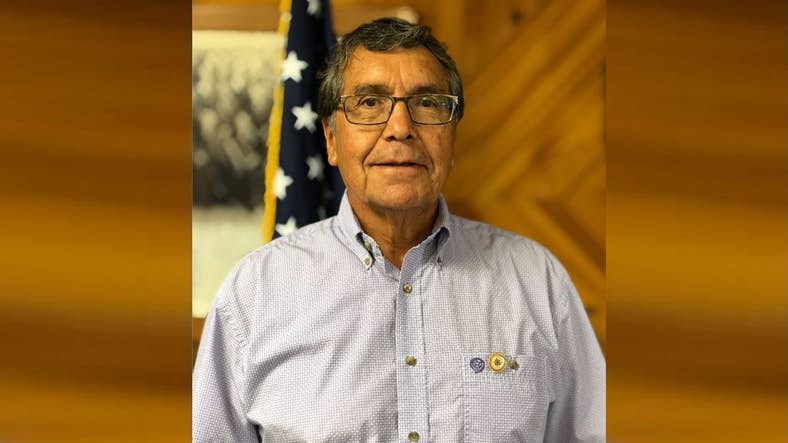 Referencing the case in which Tilsen and 21 others were arrested, he said, “Last July, when the President came to the ill-advised desecration of our sacred Black Hills, a number of our tribal members were met with an overwhelming law enforcement presence.  Our people were arrested and dealt with severely.

“During this attack on the U.S. Capitol, we saw no arrests.  We saw no busses lined up to take these criminals.  We hate to think because most of these criminals were white that the response was very different than what we typically see.  We have a long way to go in the struggle for equality.  These events were merely a reminder of how far we have to go.

“This week, as hundreds of thousands of Americans continue to die on a daily basis and millions more suffer the effects of the COVID-19 pandemic, the President of the United States chose to incite his supporters to launch a violent and uncivilized attack on our democracy, which led to destruction of public property and unfortunately the death of several American citizens.”

Thus reads the statement issued by the National Congress of American Indians (NCAI) Administrative Board Officers, which met in response to the events surrounding what it called “the insurrection” at the U.S. Capitol. The statement continues:

“The actions of those who breached the U.S. Capitol Building put the lives and liberties of many in danger. These actions, incited by President Trump and his enablers, are rooted in systemic and acute racism and hate, and represent direct attacks on our democracy.

“As leaders of our own tribal nations, we understand the sacred duty undertaken by those chosen to serve their people to uphold the rule of law and the will of the people. Above all else, we value the sanctity of life.

“No nation should tolerate a leader who obstructs or brings harm to the peaceful democratic process and the citizens we are sworn to protect. We also understand that as leaders we have an obligation not only to our citizens today, but also to the future generations. The actions of the current President and the forces that brought him to power will have impacts for generations to come.

“We commend Congress for resuming their work under unthinkable circumstances to perform their Constitutional duty and accept the certification of the free and fair election of President Elect Joe Biden and Vice President Elect Kamala Harris.

“As the Congress and the new Administration lead us through a period of national healing and beyond, we urge those responsible for this week’s events to be held accountable under the fullest extent of the law, including President Trump. No one is above the law.

“We also call for a return to civility in our political discourse, and also for a true reckoning regarding the forces of racism and hate that have led us to this current moment.

“Our prayers go out to the lawmakers, journalists, police officers, and many staffers who were put in harm’s way at the U.S. Capitol this week.”

The NCAI officers are President Fawn Sharp, of the Quinault Indian Nation; Vice-President Aaron Payment, who is chairperson of the Sault Sainte Marie Tribe of Chippewa Indians; Recording Secretary Juana Majel Dixon, who is traditional councilwoman of the Pauma Band of Luiseno Indians; and Treasurer Shannon Holsey, who is president of the Stockbridge-Munsee Band of Mohican Indians.

This story was reported and written with the generous support of the One Foundation. A previous version was published in Native Sun News Today.