Rob Hopkins is cofounder of Transition Town Totnes and Transition Network and author of The Power of Just Doing Stuff, The Transition Handbook, and The Transition Companion. He earned a spot on Nesta and the Observer’s list of Britain’s 50 New Radicals and was voted one of the Independent’s top 100 environmentalists—which is to say he’s unwilling to accept our inability to get a grip on the climate crisis, let alone any number of other societal, cultural, and global ills. In the following interview with Chelsea Green Publishing, Hopkins explains what prompted him to start asking “What if…?” 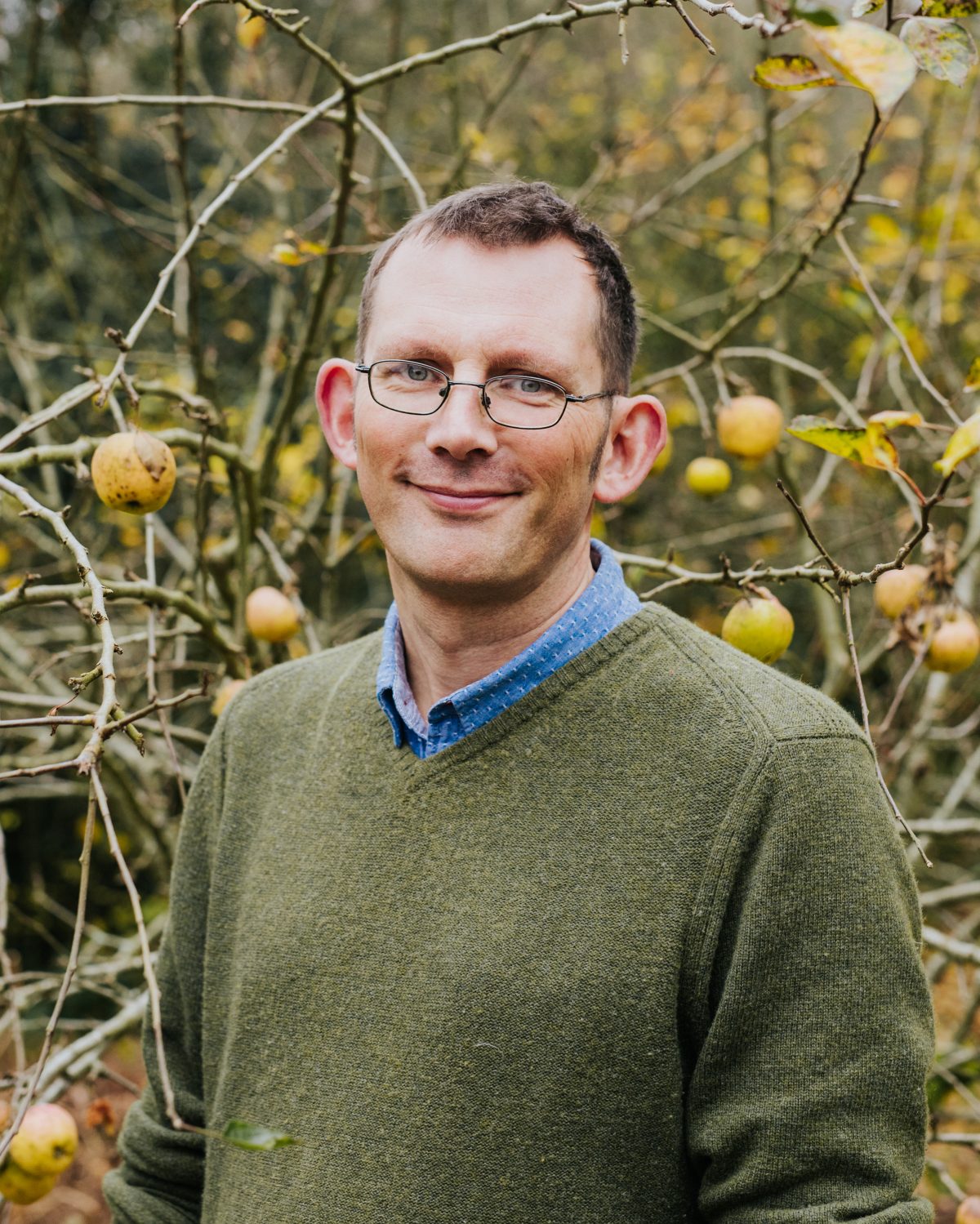 What set you on this journey to rediscover imagination?

It was really a journey of discovery and connection. I started reading Bill McKibben and Naomi Klein and other brilliant environmental thinkers, and they kept saying, “Climate change is a failure of the imagination,” and then they’d go on to talk about something else. But I kept thinking, wait now, what about THAT? Why are we failing at something that comes so naturally to us as children? Could it be that at this most critical point in our planet’s history, when all our resources and senses are required, that we are not well equipped at all? We’re so busy that there’s no time for our imaginative lives. Our imagination is actually shot to bits. What should be a taught muscle is actually flaccid and nonresponsive. There’s something slipping through our fingers here…and when you point it out, it really resonates with people. It’s an idea that gets under your skin. If climate change is anything, it’s the logical, gruesome outcome of when Margaret Thatcher said, “There is no alternative.” We keep going on doing the things that destroy life because we can’t imagine an alternative. REALLY? Future generations will say, “You got so stuck that you couldn’t even imagine it??? Come on!”

We’ve come to see imagination as a luxury. We need to move to see that it’s absolutely not a luxury, that it should be fundamental to how our policy—and other aspects of public and private life—works. We need to create an environment where our imagination enshrines us. It needs to run through everything we do. Instead, we’re creating a perfect storm of imaginary contraction, and that is the worst thing we can possibly be doing to ourselves, our families, our communities, countries, the planet as a whole. We’re suffering from pre-traumatic stress disorder—a constant background state of anxiety. When we have anxiety, the hippocampus shrinks by 20 percent and we lose the ability to think about the future. Our collective hippocampus is shrinking, too. We’re awash with cortisol as a society. This is driving the contraction of the imagination. I became fascinated with finding a place, an actual place, that could restore this shrunken part of our brains…a campus for the hippocampus.

That’s what brought me to Dundee, Scotland, in 2018 to visit a project called Art Angel. It was founded in 1997 to help people with mental health difficulties find their voice through the arts. In the book, I describe how Art Angel offers an alternative, an antidote, even, to mainstream psychiatric treatment, which many people experience as disempowering to say the least. At Art Angel, people receive the personal warmth and connection that should be part of all psychiatric care: being a part of a community, and the chance to create something tangible and meaningful. Art Angel participants are not called ‘patients’ or ‘clients’—they are ‘artists’ because being an artist is a sign of being human and allows someone who has lost the ability to make decisions to make them again. In Dundee, I saw what could happen when the contraction of the imagination starts to go back the other way. If there’s any role that we need to be playing, it’s to create these spaces of safety and hope.

What If…our leaders prioritized the cultivation of the national imagination?

Right! What if? At the moment, every government elected says, “We’re going to make a national innovation strategy.” But innovation is something you do when your fundamental model works. It’s like pizza; you can innovate with pizza because pizza is fundamentally great and everyone understands pizza. You can innovate with different flours and cheeses, but you don’t need to reimagine pizza because pizza is fantastic. Neoliberal growth-based economics are not like pizza, and they’re driving us off the cliff at great speed. When that is the case, we need imagination more than we need innovation.

So, what would happen if we had leaders who put the cultivation of imagination to the front? I spoke to an amazing woman in Mexico City who runs something within the city’s administration that is basically a Ministry of Imagination, which sounds like something out of a Harry Potter book, but it actually exists in Mexico, and it’s phenomenal. In Bologna, Italy, they have a Civic Imagination Office, which sits between the administration and the people and basically works like a Transition group, firing up people’s imaginations with possibilities and ideas and then getting alongside them and helping their ideas happen.

In my book, I try to sketch out what it would look like if there was a National Imagination Act in which every public organization that spends public money would have to figure out how to set up the circumstances under which the imagination can flourish.

How will we know when our collective and individual imaginations are working for us again?

Yes, people want to know, “How do you measure imagination?” Is it possible to say Jill has an imagination score of 8.3 and Rob has one of 6.7, so Jill wins? That’s not going to work. But we can ask what it might look like to live in a more imaginative world. At the end of a chapter called “What If We Considered Imagination Vital to Our Health?” I suggest that we’ll know when our daily lives feel as though they’re becoming rich with possibility, full of imaginative thoughts, less anxious, more open to ideas. I asked Lucy Neal, an artist and Transition activist, for her thoughts on this. She said: “You could get out of bed and think, ‘I have no idea what’s going to happen today, but I think it might be something quite nice. I’ll go ’round the corner and have a look.’ There would be joy in the air, and joy is very radical…because it connects us all to life, and life is enthusiastic for life.”

What’s your dream for this book’s impact? How do you want it to be used?

I hope it will kickstart conversations and help people reevaluate education and their relationship to technology and their relationship to the future. I hope it leads to activists making their activism more playful and inspired. I hope it becomes an antidote to the growing sense of despondence, and an argument for why that attitude runs the risk of becoming a self-fulfilling prophesy. I hope it unlocks a whole different way of looking at things. 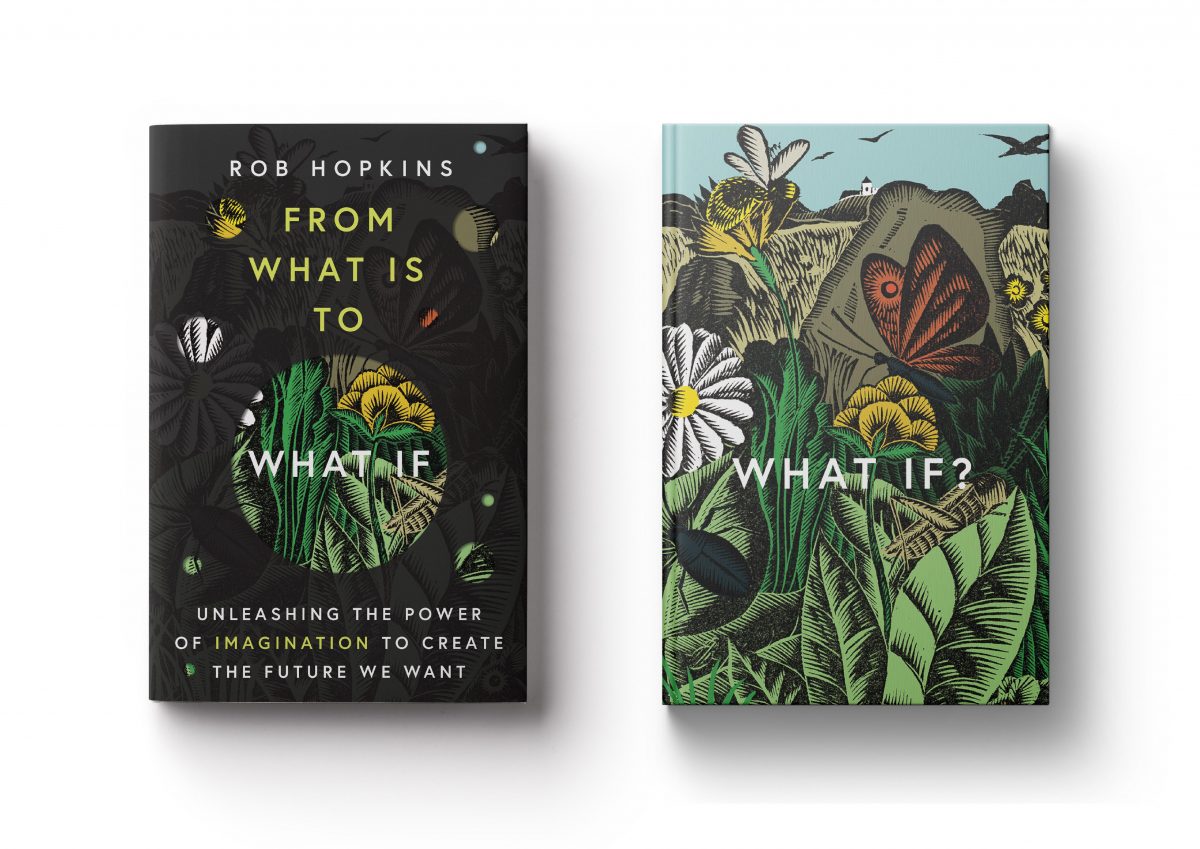 From Tiny Acorns: celebrating 21 years of the Kinsale permaculture course

“Hope with its sleeves rolled up” blooms in Wellington

Stories from the movement: Transition Toronto