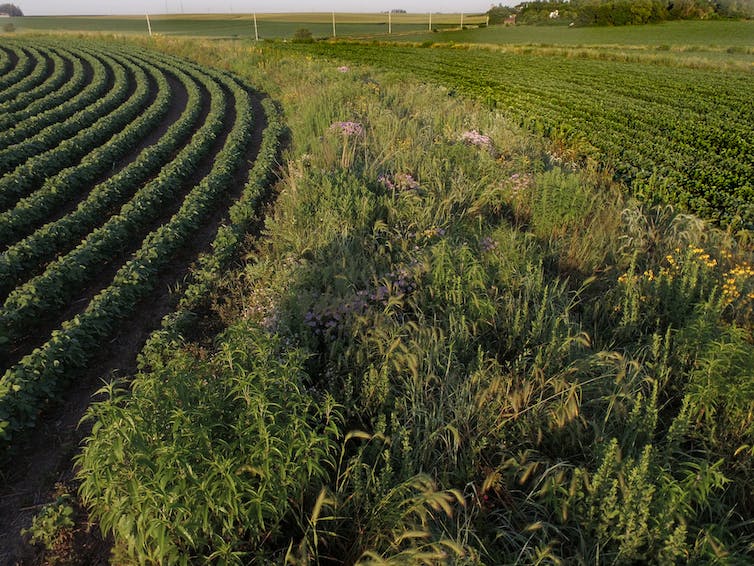 Iowa’s first-in-the-nation caucuses bring the state a lot of political attention during presidential election cycles. But in my view, even though some candidates have outlined positions on food and farming, agriculture rarely gets the attention it deserves.

As a scientist at Iowa’s land-grant university, I believe our state is at the forefront of redefining what agriculture could be in the U.S., and addressing environmental and economic challenges associated with the extensive monocultures that dominate our current system. I think these conversations should be at the forefront nationally. After all, everyone needs to eat, so all Americans have a stake in the future of farming. 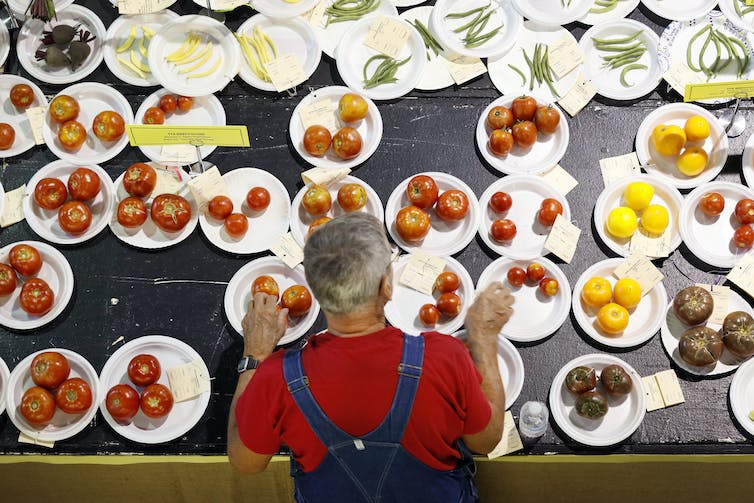 As Iowa farms, so farms the nation

Iowa is a leading global producer of corn, soy, pork, beef, eggs, ethanol, biodiesel, biochemicals and agricultural technology. Because it is home to just 3.2 million people, Iowa farmers export the vast majority of what they produce. Most multinational agricultural businesses have Iowa offices, and the state also has considerable influence on U.S. farm bill legislation.

Iowans are also acutely aware of the challenges of modern agriculture, which affect their lands and livelihoods. They include soil degradation, water contamination, flooding and loss of carbon and habitat for native species.

Farmers understand these effects, and many are actively working to reduce them, as operational, financial and social conditions allow. One example in which I am involved is the STRIPS project, in which scientists, farmers, land owners and others are partnering to test the effects of seeding narrow strips with native prairie plants within and around corn and soybean fields.

Over the last 13 years, we have shown that prairie is a valuable tool for protecting water supplies and providing habitat for wildlife, including pollinators. Planting just 10% of farm fields – often in the least productive zones – with stiff-stemmed native prairie grasses helps hold water and sediment in place, reducing erosion and nutrient loss from fields. The strips also contain flowering plants that support birds and insects, including pollinators and natural enemies of crop pests.

This approach can turn low-yielding acres into an opportunity to reduce use of inputs such as fertilizer and pesticides. Today there are nearly 600 acres of prairie strips on about 5,000 acres of cropland on 66 farms across in six Midwestern states. My colleagues and I expect these numbers to grow dramatically now that the U.S. Department of Agriculture is supporting prairie strips as a conservation tool.

Iowa State University scientists are working with industry to create sensors and computer models that enable farmers to manage their fields for improved outcomes. They also are developing supply chain tracking systems that will allow consumers to use a phone app to get information about the farm that grew or raised a product before they purchase it.

Many groups are involved in these efforts. The Iowa chapter of The Nature Conservancy is working with agricultural retailers on improving fertilizer management. Collaborations of farmers, crop breeders and food suppliers – facilitated by organizations like Practical Farmers of Iowa – are fueling a renaissance in the production of small grains like oats and rye.

Speeding up the transition

A decade ago, my colleagues and I brought national, state and local leaders together for a dialogue on the future of Iowa agriculture. While we did not capture all the details, we largely anticipated this gradual shift toward more economically and environmentally sustainable farming methods.

As we see it, macro-scale forces are driving this transition. Global commodity markets reward efficient production, requiring farmers to do more with less. Americans are demanding stronger action to protect the environment. Federal farm policies are increasingly encouraging conservation and soil health. And new technologies are enabling farmers to seed and treat crops more precisely and reduce harmful impacts such as nutrient pollution.

As a member of Practical Farmers of Iowa, you are supporting a future where diverse farms work with nature for mutual benefits, and communities are alive with healthy food and strong connections between farmers and non-farmers.

I believe a much brighter future is possible if government officials, agricultural businesses and farm, commodity and environmental organizations can unite around a transformative goal. For example, the national, state and local leaders we gathered to discuss the future of Iowa agriculture proposed an initiative to double the full value – monetary and non-monetary – of our state’s agricultural economy over 25 years.

With widespread support, such an effort could usher in a new era of economic and environmental wealth in Farm Belt states. It would start with investing in regenerative systems – farming methods that produce agricultural goods and services while also improving soil and water resources, unique habitats and pastoral countrysides. And it would require simultaneous investments in rural infrastructure, new businesses and local and regional markets.

What would this transformed system look like? By the 2028 Iowa caucuses, dynamic public-private partnerships of farmers, landowners and others could be working to increase crop diversity and rotations, expand conservation practices and develop necessary markets and infrastructure, such as rural broadband. 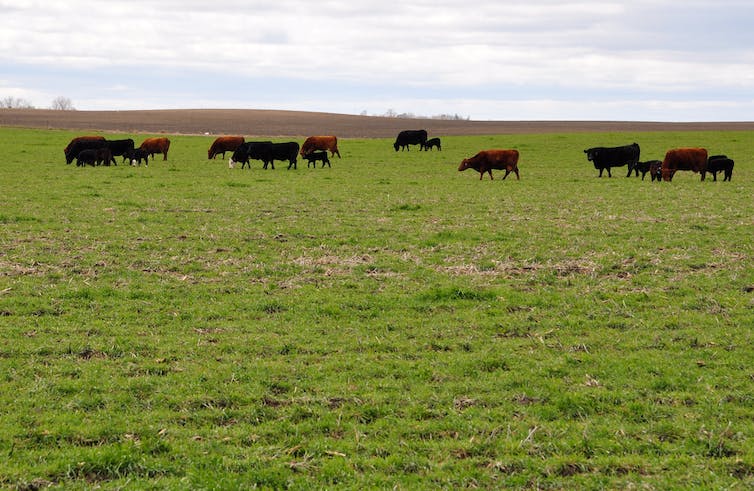 Surveys show that Americans are willing to pay for initiatives that provide multiple benefits from farmlands. Reinvestments in agriculture, renewable energy, rural development and conservation programs could be funded philanthropically and through the U.S. farm bill.

By the 2048 caucuses, Iowa and other farm states where farmers mainly raise commodity crops like corn and soybeans could be producing a wide variety of goods and services, including annual and perennial grains, fiber and biomass crops, livestock, wind and solar energy, ethanol, biodiesel, fruits, vegetables, nuts and hops. Managing farm landscapes for carbon, nutrients, water and wildlife could be as central to farming as crop management is today.

Small towns could be ringed with agrihoods – planned communities built around working farms and community gardens. They would be vibrant and desirable places to live, offering high-tech jobs and entrepreneurial opportunities, an affordable cost of living and outdoor recreation opportunities.

Agriculture is always changing. U.S. elected leaders hold substantial influence over this process through their public platforms and ability to make policy.

Transformational change could look like the future I have described. How do we make it happen? Iowa and other farm states are ready for that conversation.