You can’t read the UN’s recent biodiversity report on the imminent destruction of one million creatures by human economies and not conclude that the environmental movement has failed, and spectacularly so.

What the United Nations calls “nature’s dangerous decline” reads like a dismal catalogue of infamies somewhat blunted by their cool statistical presentation.

A few samples will suffice:

More than one-third of the world’s fisheries have been plundered and the rest are just barely putting in appearances.

Human engineering has disrupted the natural flow of creatures and plants on three-quarters of the earth’s land surface. Three quarters.

As a consequence, around nine per cent of the world’s estimated 5.9-million terrestrial species — more than 500,000 creatures — will soon be as homeless as Syrian and Rohingya refugees.

The UN, of course, can’t be blunt like that, so it says these creatures will “have insufficient habitat for long-term survival.”

Wetlands, the earth’s essential kidneys, have been massacred. Only 13 per cent of what existed 300 years ago remains.

Hundreds of dead zones caused by nutrient pollution now populate the ocean. If you were to drag these oxygen-starved pools together, you could build an impressive zombie sea the size of the United Kingdom where nothing can live.

The average abundance of native species has fallen by 20 per cent since 1900, while invasive species from zebra mussels to kudzu have increased by 70 per cent.

Global trade, which moves all manner of living things around the planet, has put nearly one-fifth of the earth’s surface at risk to plant and animal invasions.

Insects, which pollinate 70 per cent of our most prized food crops, from almonds to coffee, are vanishing.

In the most wooden of prose, the report concludes that “biodiversity — the diversity within species, between species and of ecosystems — is declining faster than at any time in human history.”

But wasn’t the environmental movement supposed to stop this relentless degradation?

In 1969 Ivan Illich, the brilliant Austrian cleric, gave a talk at the University of Toronto warning that the newly minted crusade to save the planet might not amount to much.

At the time a variety of rural and urban groups had began to challenge the relentless economic assault on the world’s grasslands, forests and oceans. 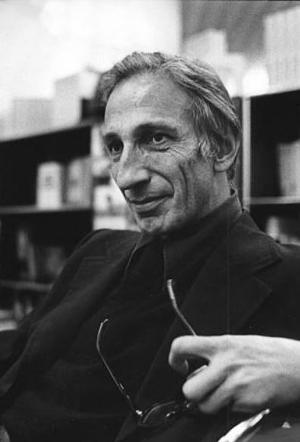 But Illich warned that environmentalism wouldn’t stop the carnage if it didn’t radically change how humans behaved and used their fancy technologies to plunder the natural world.

If environmentalism didn’t change our exploitative orientation to nature, then he feared it would morph into a sort of death cult that tallied up the losses.

He even predicted the environmental movement would sire a host of institutions, both private and public, staffed by a galaxy of earnest folk who would survey, monitor and manage the decline.

The whole point would be to get citizens to accept policies designed by experts on “how far nature can safely be pushed.”

Bulldozing the natural world to the point of extinction would even have its own special vocabulary: “sustainability” and “balance.”

Illich, as usual, was right.

While the technological machine has mowed down the natural world to make room for the conceit of artificial life, environmentalists, now a largely well-funded urban class, have been busy recording the losses, mapping the disturbances, and charting the colonization of complex natural communities with human monocultures.

Illich, a prophetic voice, understood that the more we viewed nature as a disposable commodity or a convenient resource, the less we would worry about its degradation.

In many respects environmentalism has allowed a civilization intent on hacking off its limbs one by one to properly record the loss of each appendage and then pretend the amputation isn’t all that consequential. We are now left with a brain and torso, and still the hacking continues. Alas, the baselines just keep on shifting.

The anthropologist Lorne Eiseley wrote in 1954 that humans behaved like “a great, roaring, wasteful furnace devouring irreplaceable substances of the earth,” and any creatures in its path.

The gentle Nebraskan thought that we must learn

“that knowledge without greatness of spirit is not enough for man, or there will remain only his calcined cities and the little charcoal of his bones.”

We haven’t developed any greatness of spirit, yet the reports keep coming.

The Russian scientists Anastassia Makarieva and Victor Gorshkov have written a lot about the economic crusade against biodiversity, and they maintain an interesting website called Biotic Regulation.

Like many scientists, the physicists reason that natural biological communities or biota have regulated life on this planet for billions of years.

Plankton, bacteria and fungi help control the flow of biochemical reactions that make oxygen and water that sustain our forests and oceans. And us.

This complex regulation of life — as dense and fantastic as the web of fungi that communicate with the roots of trees — is what biodiversity, a truly inadequate word, means.

But biodiversity also allowed humans to thrive in such great numbers that our consumptive furnaces now threaten our very own life-support system including the climate.

In the process, modern people, including lots of environmentalists, have cultivated and promoted several myths that deny and deflect from the scale of destruction at hand, say the Russians.

The first fallacy is that we can rationally end the assault on creation with a simple transition to waste-free green technologies that don’t emit carbon dioxide.

Yet there is no such thing as a simple energy transition, let alone a waste-free one. Furthermore, so-called green technologies not only consume energy and materials but can’t be made without fossil fuels.

Meanwhile global energy use continues to rise, and what renewables have been built have been used to consume more energy, not less. The furnace keeps burning.

The next fallacy is that we can all become astronauts on earth and construct even more energy-intensive artificial systems to replace the natural living places we have destroyed on the planet.

Maybe a few billionaires can afford this happy illusion… on Mars.

Another fallacy is the growing belief that both the ocean and earth can adapt to more injuries and pollution. 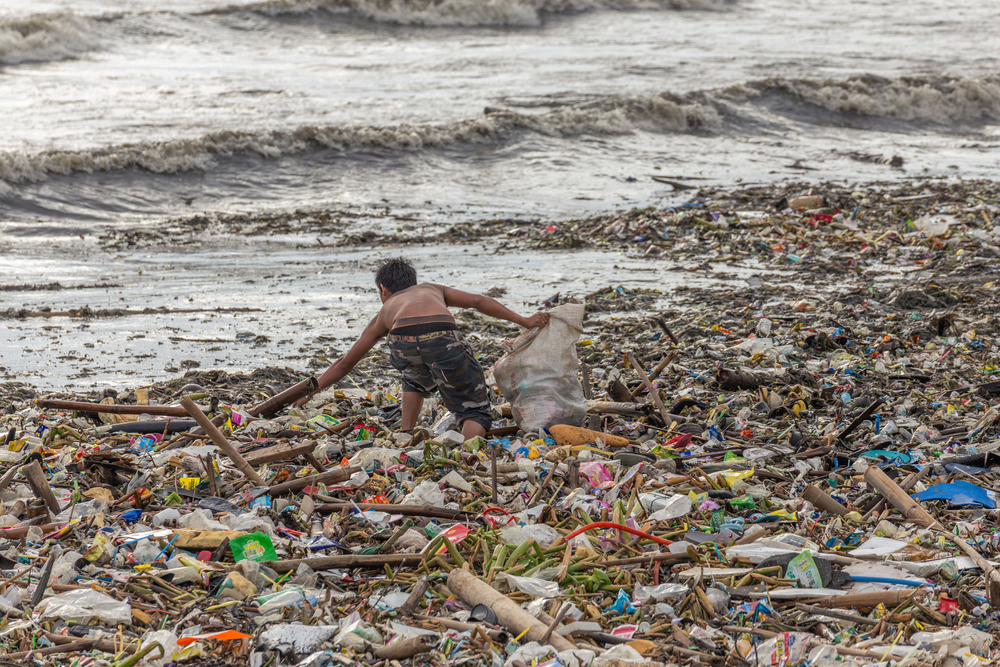 Garbage washed ashore in the Philippines. Photo via Shutterstock.

This conceit is most obvious in the forest industry, say the Russians, where “the maintenance of forest ecosystems in a state of continuous succession by cutting down commercial timber every 40–50 years is equivalent to maintaining a patient in a state of incessant recovery.”

Last but not least, we assume that computer simulations and mathematical modeling, with little or no appreciation for the laws of energy and thermodynamics, will direct us to a better world by pushing the natural one further to the brink.

Marakarvia and Gorshkov don’t offer an elegant or comfortable conclusion, but what they have to say is worth pondering.

“The present capacity of civilization is sufficient for complete destruction of the undisturbed biota over the entire planet.”

When humans wake up to “the inevitable end of civilization, maintained by the energy of fossil fuel,” a lot of nations and groups will go into survival mode, “including the application of nuclear weapons. In this situation, the global biota could be completely destroyed, and biotic regulation could be irreversibly lost. “

Nature is always speaking to us, but we have severed our animal bonds and chosen to behave like gods. Zeus and Thor weren’t good listeners, and neither are we.

Our war against nature, warned Rachel Carson, would inevitably become a war against our very selves.

The disappearance of so much life tells us that we will inevitably appear on the menu unless we contract our Ponzi-scheme economies, expand the commons, retreat from wild places, limit our energy spending and reduce the human population.

But it is now clear that we won’t do any of these things until this global civilization collapses as rudely as Venezuela and Syria.