Public spaces are where physical and social resilience meet. Looking past levees and seawalls, and even beyond nature-based solutions to climate risks, public space designers and managers have to get people into the picture as we all come to terms with the urban impacts of climate change. That’s why public spaces must be considered a crucial tool in our arsenal to mitigate and adapt to rising temperatures and extreme weather.

“Traditionally, the sole purpose of … infrastructure investments is to protect from flood risk, but opportunities exist to make them multifunctional by integrating them with walkways, public plazas, parks, and buildings. In this way, they could have wider social, environmental, and economic benefits beyond protecting from floods alone…” —Stefan Al

As cities invest in climate adaptation infrastructure, we can match so-called “gray” and “green” resilience strategies dealing with the built and natural environment with a third strategy that brings people and placemaking into the mix. Adding this essential layer to resilience planning would foster the creation of spaces that not only protect cities from environmental hazards, but also enhance the social networks so crucial to disaster recovery.

Resilient infrastructure projects are already widespread, and only stand to increase in number. Today, more than a third of U.S. communities of more than 50,000 residents are at least partially protected by levees. And while a seawall or a levee is rarely a community-led project, the spaces on or around these vital pieces of infrastructure offer opportunities for placemaking.

What might this look like? A few public spaces around the world already demonstrate how we can blend physical and social resilience, treating people as a crucial part of our sustainable future. 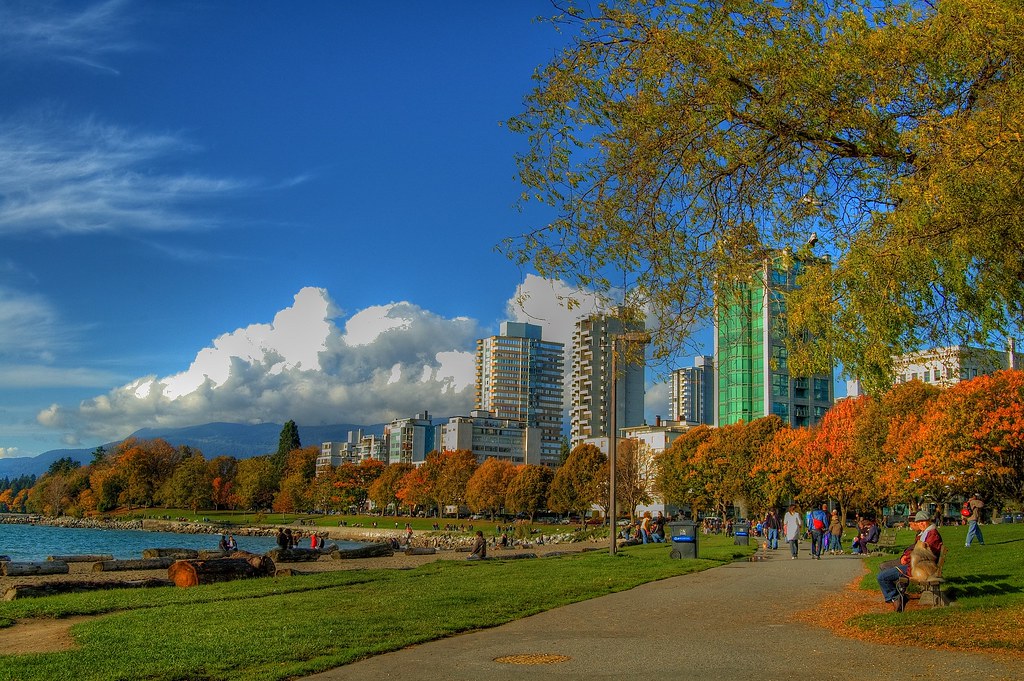 THE SEAWALL, STANLEY PARK, VANCOUVER BC

Upon first glance, few would guess that the “world’s largest uninterrupted waterfront path” was also a measure against flood risk. But when construction on Stanley Seawall began in 1917, its design was intended as a measure of flood protection along the waterfront edge of Vancouver’s Stanley Park. Beyond creating an inactive flood-resistant hardscape, designers of the seawall created one of the city’s best-loved destinations for pedestrians and cyclists. The path connects destinations throughout the city, like the Vancouver Convention Center and Spanish Banks Park, and expertly blends “hard” resilience with everyday recreational use.

In a city that’s sinking by two centimeters a year, a park that can hold up to a million gallons of water is more than just a public space—it’s a lifeline. While Chulalongkorn Centenary Park fills the gap in green space for Bangkok residents, it is also designed to reduce the risks associated with seasonal rains, flooding, and the urban heat island effect. Located on the grounds of Chulalongkorn University, the “urban forest” features wetlands and sloped green roofs that guide excess rainfall into retention ponds. The park is also well-connected to the surrounding neighborhood and campus; it served as the impetus for new pedestrian paths and bike lanes along adjacent streets. 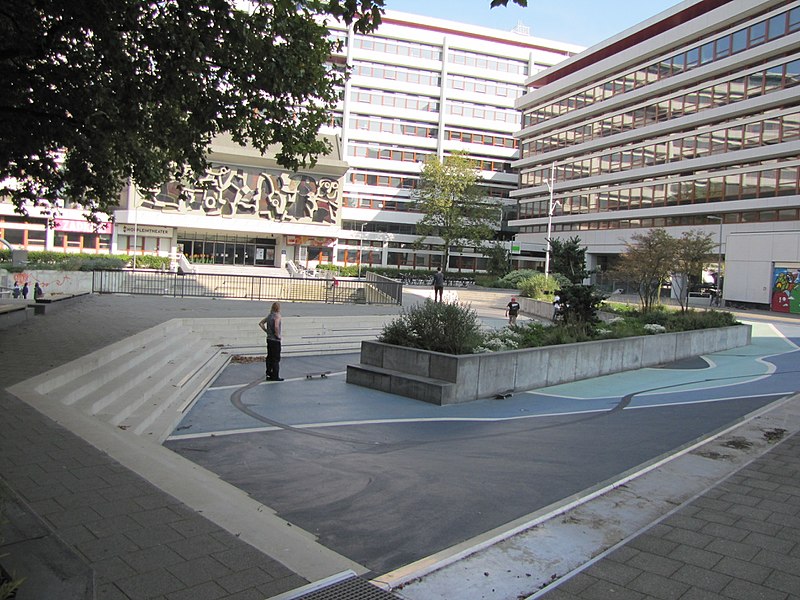 Rotterdam is a city overflowing, both with stormwater and with climate adaptation strategies. Rotterdam is in seemingly constant need of stormwater storage, reflected in the city’s climate resilience strategy. The Waterplein Benthemplein, part of Rotterdam’s first “climate-proof” district, is a floodable water square that kickstarted climate-smart urban design in the rest of the ZoHo neighborhood (short for Zomerhofkwartier).

In combination with new initiatives to decrease hard, paved surfaces, green building façades, and collect rainwater on rooftops and in gardens, Rotterdam is making itself into a “sponge.”  Together, amphitheater-style seating and open play spaces allow the square to fill up with water through a system of stainless steel gutters, which is then conveyed to the city’s open water system. 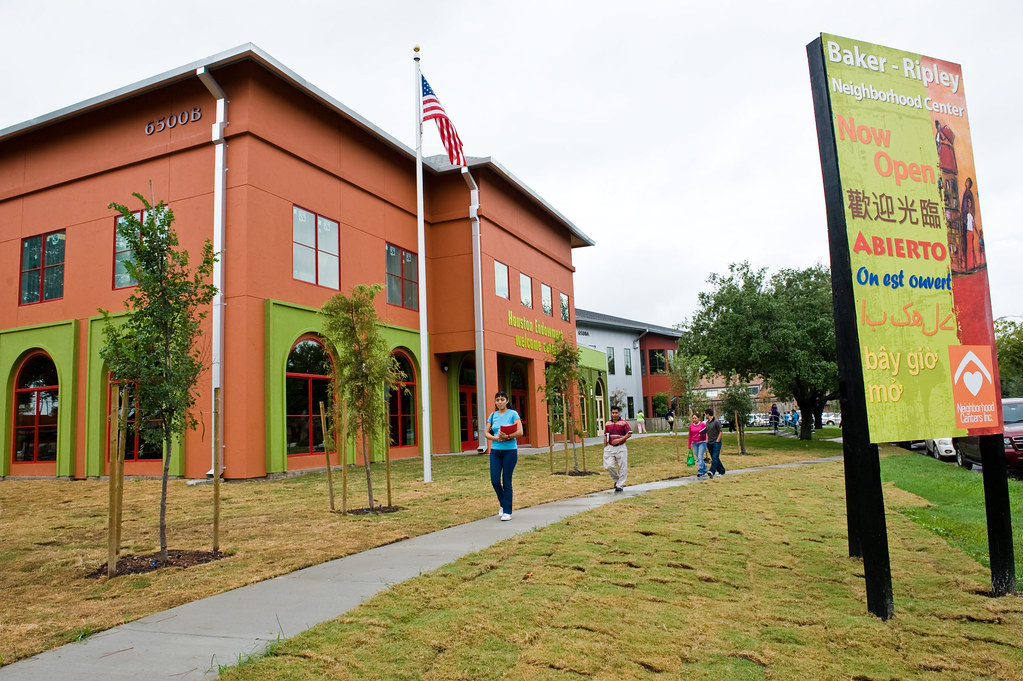 A crucial piece of the extensive public space network of Houston, which we once called North America’s Placemaking Capital, the BakerRipley community center is evidence of the value of social capital in the disaster recovery process. After Hurricane Harvey left much of Houston flooded, BakerRipley was a hub for emergency services and volunteers. Because it houses multiple institutions, including a daycare, library, business center, and art studio, the center reaches many members of the community— and with each new community connection, the center enhances the types of social networks crucial to the resilience of Houston residents. 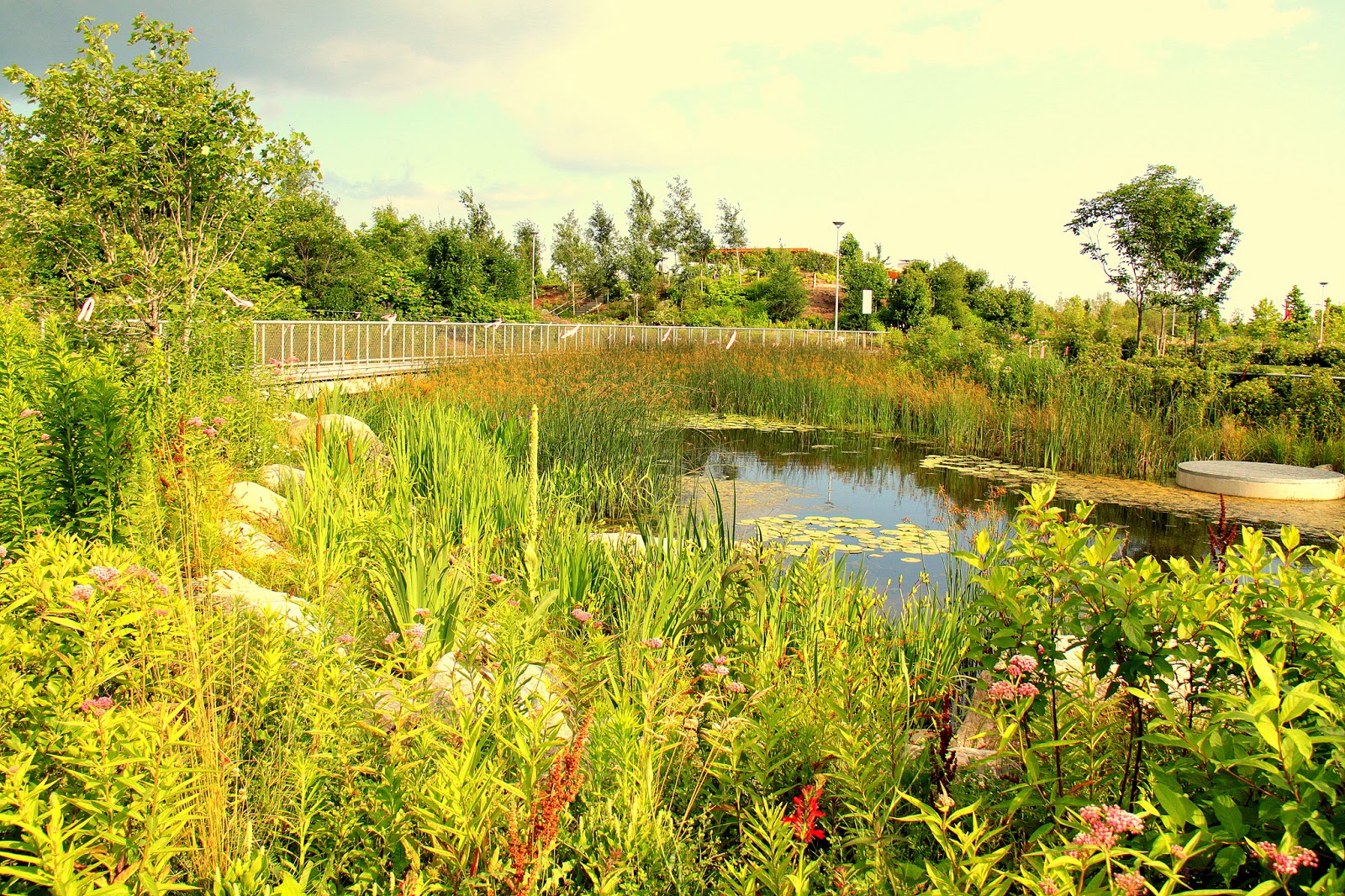 Developed on a former brownfield site, Corktown Common Park incorporates human and ecological uses into its space. The park encompasses rich marsh ecosystems, “urban prairies,” and playgrounds, undergirded by a hill-like structure that redirects floodwaters to a nearby lake. The structure divides the park into two sections: one area designed to flood; and the other protected by design, situated atop the slopes of the flood retention structure. The space seamlessly combines “hard” resilience with restored ecosystems and human use. Its amenities are designed for both passive and active uses, and features like splash pads and a fireplace provide year-round appeal. 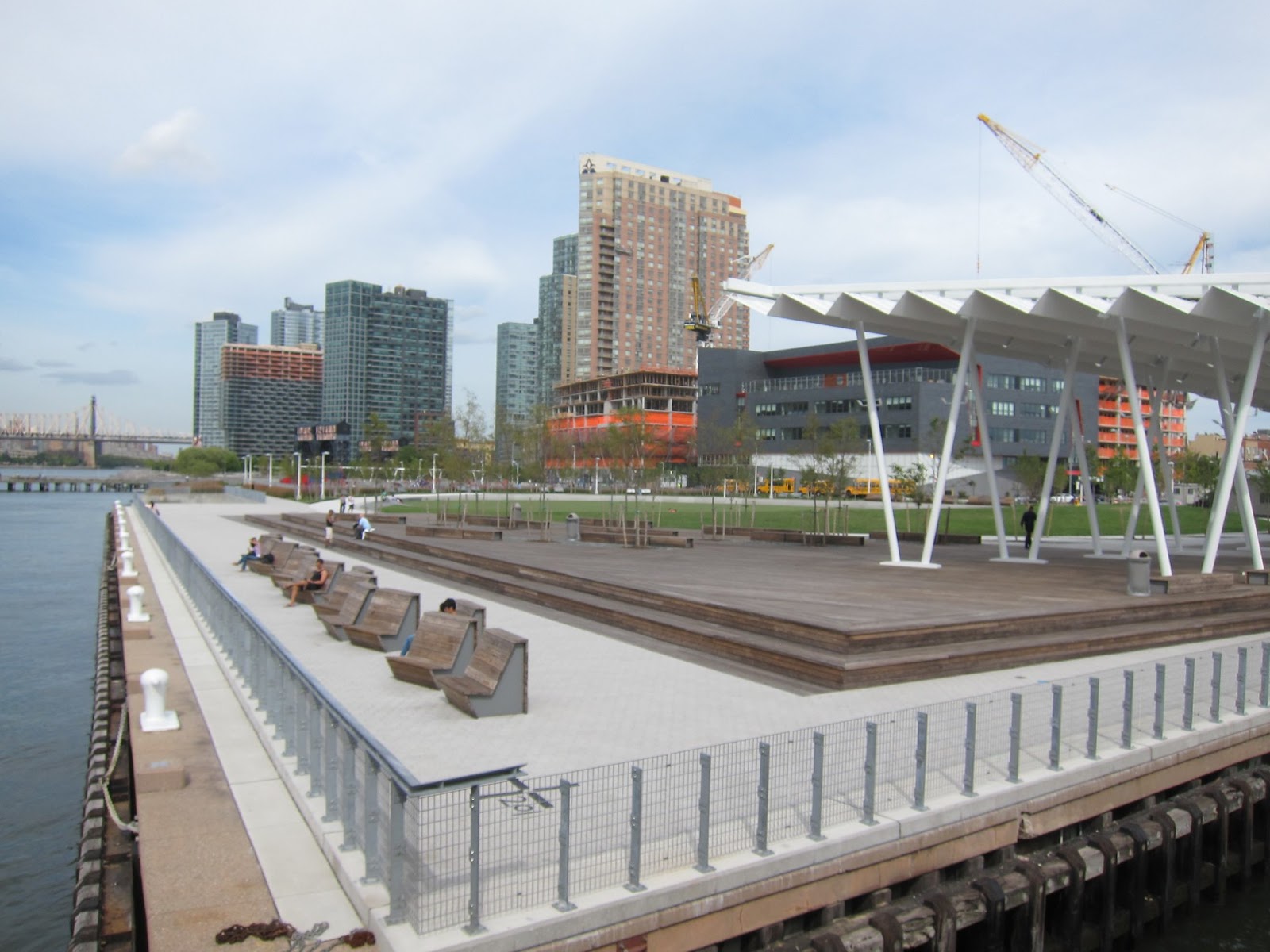 Thanks to its resilient design, Hunter’s Point South in Queens withstood the impacts of Hurricane Sandy. Photo credit: Stephen Rees/Flickr

‍The opening of Hunter’s Point South in Long Island City, Queens, marked the transformation of a post-industrial site into a lively waterfront destination. But beyond the park’s green spaces and views of the Manhattan skyline, it also blends recreation and resilience as part of NYC’s Sustainable Parks Plan. Hunter’s Point South was designed to accommodate storm surges through its system of tidal marshes and barriers—features that were put to an early test in the form of Hurricane Sandy. More than a place intended for civic engagement and quality outdoor time, the park also protects the residents of Queens from the impacts of rising sea levels and stronger storms. Ongoing environmental education remains central to the park’s identity, too, with frequent nature tours, fishing clinics, and oyster monitoring events bringing people up close with the park’s ecological functions.