In times of crisis and other upheavals, local communities have discovered that one answer to being failed by the mainstream economy is to print your own currency. Responses also range from age-old barter systems to time-banking and modern digital currencies. They demonstrate the kind of re-imagining of the economy needed for rapid transition, and show how people and communities can reveal their greatest strengths when times are hardest and most uncertain.

Spurred by lessons from successful initiatives, now some major cities and regions are seeing permanent benefits from having their own money or exchange system. Local currencies can strengthen neighbourhood ties and allow people to make friends – they are a focal point for the community-minded. In the US, for example, California alone has 19 city currencies, many formed after the financial crisis of 2007 – 2008. Lending to small businesses plummeted, with impacts particularly hitting African Americans, women and Latinos – people from historically marginalised groups. Community currencies empowered people to have more say over where money circulated, giving them a greater stake in their economic future. A different approach, Time Credits in the UK – a national network of time banks – has been effective in addressing many different types of need, from eldercare and schools to drugs and alcohol misuse.

But with financial crises becoming seemingly more frequent and extreme, the speed with which communities in one European country devised its own solution during the Eurozone crisis, stands testimony to the potential for rapid economic reinvention. When trouble hit Greece, in the port city of Volos, people turned their backs on the failed mainstream economic system to grow their own parallel economy. In 2011, eggs, milk and jam could be bought at market using a new, informal barter currency, a Local Alternative Unit, or TEM as it is known domestically. The system combines an element of barter for goods and services with an alternative currency. Volos residents can sign up for the online solidarity network and offer up services to their neighbours. This can include computer support, language classes, cooking meals, or baby-sitting, for example – and in exchange they receive TEM credits, which they can use for discounts in participating local businesses. Founders Yiannis Grigorou and Christos Papaioannou designed the online platform and a digital coin in order to make barter trade easier. One TEM is worth one euro and there is only one rule: any member who collects a maximum of 1,200 TEM is expected to spend them inside the network, ensuring the recirculation of surpluses and re-investment in the community.

“You are not allowed to save or earn interest on TEM,” said Christos in an interview with Greek newspapers Ekathimerini.“The network allows shop owners who lost their businesses to exchange any leftover stock they may have for things they really need. Similarly, the unemployed can carry out transactions even though they are short of money.”

The TEM network in Volos grew rapidly, from 50 to more than 800 members by 2012. Similar systems have emerged around Greece as communities have sought alternative means to meet their needs in an extended period of austerity. In many towns and cities across Europe, alternative currencies are springing up, in response to economic adversity or in a bid by local communities to help local businesses to thrive.

It is interesting to understand why in certain contexts economies in crisis generate a response of effective new kinds of money from civil society, as they have in Greece and other parts of western Europe. The alternative currency that developed in Volos is also interesting because it emerged without official encouragement – quite the reverse: conventional economists have tended to be hostile to new kinds of currency and exchange. The model also very rapidly spread around Greece, as other communities developed their own local currency and barter systems. For example, an Athens-based online barter club, Tradenow, created its own currency called tradepoints to overcome the lack of liquidity. At the height of the crisis, some tradespeople recorded one in every five transactions being a barter trade.

Residents of Volos cite additional positive impacts of the new TEM currency, in strengthening participation in their community, and building a sense of value that goes beyond money. For Maria Houpis, a co-founder of the Volos TEM network “the most exciting thing you feel when you start is this sense of contribution… You have much more than your bank account says. You have your mind and your hands.”  Alternative currencies show that other ways of working are possible. This brings with it a sense of power and agency.

The Greek debt crisis was triggered by the global financial crisis in 2008 and revelations in 2010 that the scale of the country’s debt was far higher than previously reported, with a budget deficit reported in 2009 from 3.7% of total output (GDP) to 12.7% of GDP – far above the Eurozone ceiling of 3%. Under extreme pressure from the other Eurozone countries, the government launched 12 rounds of tax increases, spending cuts, and reforms from 2010 to 2016, which led to nationwide protests.

Despite these efforts, Greece required bailout loans in three successive packages, totalling €289bn, which came with conditions of drastic austerity measures.  After a referendum which rejected further austerity measures required for the third bailout, and after closure of banks across the country (which lasted for several weeks), Greece failed to make an IMF loan repayment. By then, debt levels had reached €323bn or some €30,000 per capita. Greece recorded a government debt equivalent to 178.60 percent of the country’s Gross Domestic Product in 2017.

A few factors may explain why the alternative currency arose in Volos. As a small city of 200,000 people where residents tend to know each other, it was relatively easy to establish trust between members of the new bartering community. Volos  is also an important port and industrial centre in the Aegean on the eastern side of Greece that provides the link between Greece and other cultures from the Black Sea and the Middle East, so in that respect a diverse community. Volos was also hit by a disastrous earthquake in 1955 which demolished most of the old city. It could be that the response to this earthquake made for a more evolved civil society – as more developed parallel economies have often emerged in cities hit by earthquakes, like for example Kyoto in Japan or Christchurch in New Zealand. Civil society then emerges to fill the gaps left and exposed by crises. It is a common characteristic the world over that when disasters strike it is the community itself which is the first responder. Therefore, whatever works best to build the capacities, resources and relationships that strengthen and bind a community together also forges their resilience and ability to recover from external shocks, whether economic or to do with other extreme events like being struck by a hurricane.

Of course the economic crisis was fundamental to the evolution of alternative economics in Greece. Although some thinkers have long advocated other ways of using and running currencies, most barter systems arise in times of upheaval where trust in the banks is eroded or they withdraw liquidity. During the Depression of the 1930s, barter was widely used across the US by people who had skills or homegrown items but no access to cash, and several companies issued their own ‘scrip’ currencies to their workforces.

Although the circumstances may appear different, it is similar to lessons from disaster prone and geographically remote locations, such as South Pacific islands, where this is recognised in the nature of their disaster preparedness work which seeks to strengthen the community’s ability to respond to disasters in advance of them happening. In practice that means mapping risks, training members of the community in a range of necessary skills and holding strategic reserves of food, medical and other essential goods.

Although initially alternative currencies grew up in Volos and other Greek towns and cities without the backing of the National Government, in 2011 the Greek Parliament passed a law to encourage the creation of “alternative forms of entrepreneurship and local development,” including providing non-profit status to networks based on an exchange of goods and services. 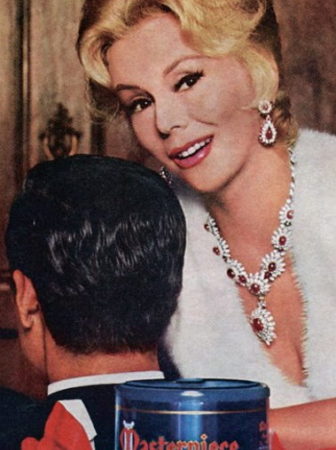 Badvertising – is changing the advertising industry the next step in speeding transition?