But a global review of insect research has found another casualty: 40% of insect species are declining and a third are endangered. It confirms what many have been suspecting: in Australia and around the world, arthropods – which include insects, spiders, centipedes and the like — appear to be in trouble.

The global review comes hard on the heels of research published in the Proceedings of the National Academy of Sciences USA that suggests a potent link between intensifying heat waves and stunning declines in the abundance of arthropods.

If that study’s findings are broadly valid – something still far from certain – it has chilling implications for global biodiversity. 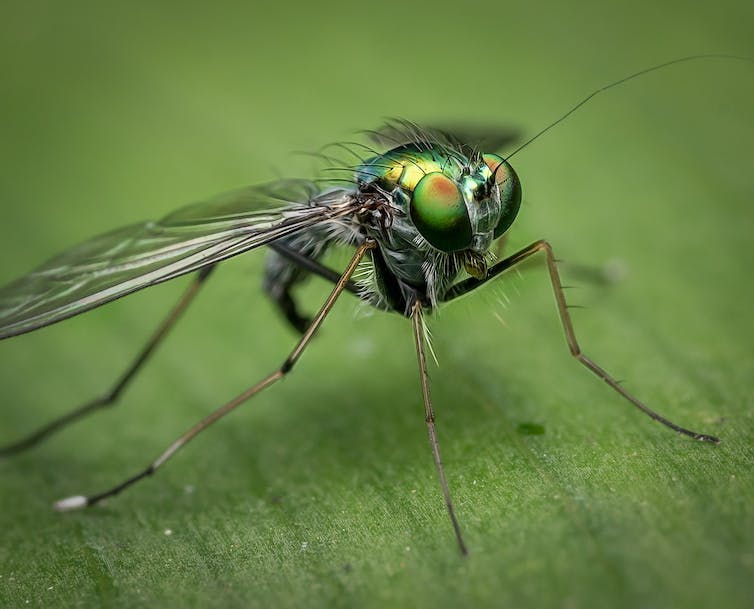 In the mid-1970s, researchers on the Caribbean island of Puerto Rico conducted a large-scale study to measure the total biomass (living mass) of insects and other arthropods in the island’s intact rainforests, using sweep nets and sticky-traps.

Four decades later, another research team returned to the island and repeated the study using identical methods and the same locations. To their surprise, they found that arthropod biomass was just one-eighth to one-sixtieth of that in the 1970s – a shocking collapse overall.

And the carnage didn’t end there. The team found that a bevy of arthropod-eating lizards, birds and frogs had fallen sharply in abundance as well. 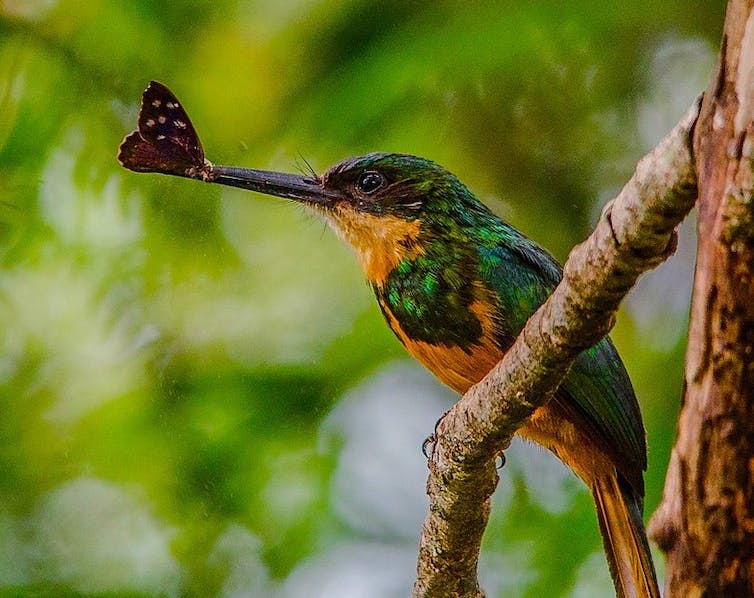 Insects are crucial in food webs for species such as this hummingbird. Pixabay

In the minds of many ecologists, a widespread ollapse of arthropods could be downright apocalyptic. Arthropods pollinate some of our most important food crops and thousands of wild plant species, disperse seeds, recycle nutrients and form key links in food chains that sustain entire webs of life.

This ecological ubiquity arises because arthropods are so abundant and diverse, comprising at least two-thirds of all known species on Earth. In the 1940s, evolutionary biologist J. B. S. Haldane quipped that “God has an inordinate fondness for beetles.” Humans might think we rule the world, but the planet really belongs to arthropods.

The researchers who documented the arthropod collapse in Puerto Rico considered a variety of possible causes, including pesticides and habitat disruption. But the evidence kept pointing to another driver: rising temperatures.

Weather stations in Puerto Rico indicate that temperatures there have risen progressively in the past several decades – by 2℃ on average.

But the researchers are far less worried about a gradual increase in temperature than the intensification of heat waves—which have risen markedly in Puerto Rico. This is because nearly all living species have thresholds of temperature tolerance.

For example, research in Australia has shown that at 41℃, flying foxes become badly heat-stressed, struggling to find shade and flapping their wings desperately to stay cool.

But nudge the thermometer up just one more degree, to 42℃, and the bats suddenly die.

In November, heat waves that peaked above 42℃ in north Queensland killed off almost a third of the region’s Spectacled Flying Foxes. The ground beneath bat colonies was littered with tens of thousands of dead animals. Dedicated animal carers could only save a small fraction of the dying bats.

El Niño events – fluctuations in Pacific sea-surface temperatures that drive multi-year variations in weather across large swaths of the planet – are also part of this story. New research appears to be resolving longstanding uncertainties about El Niños and global warming.

And this ties back to Puerto Rico, because the researchers there believe a series of unusually intense El Niño heatwaves were the cause the arthropod Armageddon. If they’re right then global warming was the gun, but El Niño pulled the trigger.

Puerto Rico is certainly not the only place on Earth that has suffered severe declines in arthropods. Robust studies in Europe, North America, Australia and other locales have revealed big arthropod declines as well.

And while climatic factors have contributed to some of these declines, it’s clear that many other environmental changes, such as habitat disruption, pesticides, introduced pathogens and light pollution, are also taking heavy tolls. 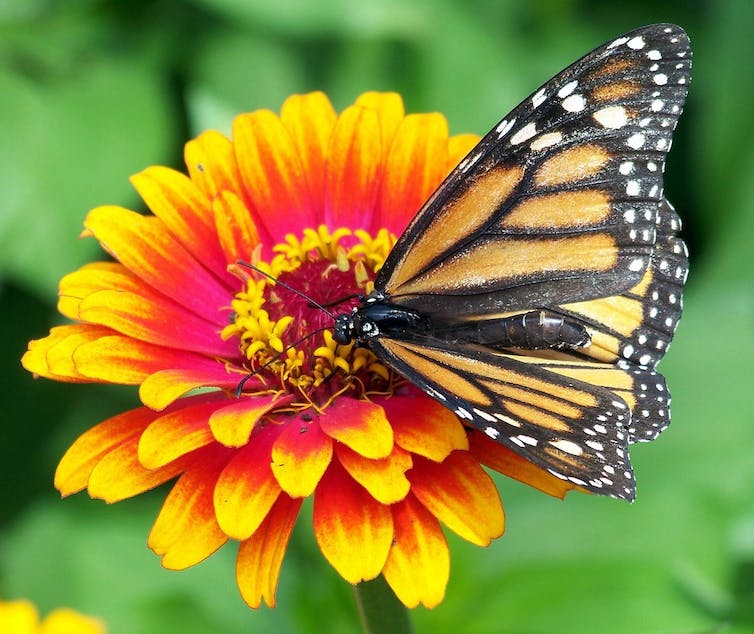 Monarch butterflies are declining in the USA and Mexico, probably from habitat disruption.
Pixabay

So, at a planetary scale, arthropods are suffering from a wide variety of environmental insults. There’s no single reason why their populations are collapsing.

The bottom line is: we’re changing our world in many different ways at once. And the myriad little creatures that play so many critical roles in the fabric of life are struggling to survive the onslaught.