As far back as 1835, perhaps our nation’s earliest and most astute observer, Alexis de Tocqueville, understood the power of the media. He described the press as “the chief democratic instrument of freedom.” But today our “instrument of freedom” seems to mean the freedom to enrich oneself privately, whatever it takes. How did we get to this sad state?

In 1969, the US Supreme Court unanimously upheld the public-good understanding of the press, stating, “The First Amendment is relevant to public broadcasting, but it is the right of the viewing and listening public, and not the right of the broadcasters, which is paramount.”  In the 1960s, for example, media broadcasting gas-guzzling car advertisements had to pay for rebuttal airtime by public interest groups. But soon dramatic changes undermined this frame, as market ideology tightened its grip during the 1980s. “Television is just another appliance—it’s a toaster with pictures,” quipped Mark Fowler, the chair of the Federal Communications Commission (FCC) during Ronald Reagan’s presidency, as he mocked the very notion of media as a public good. 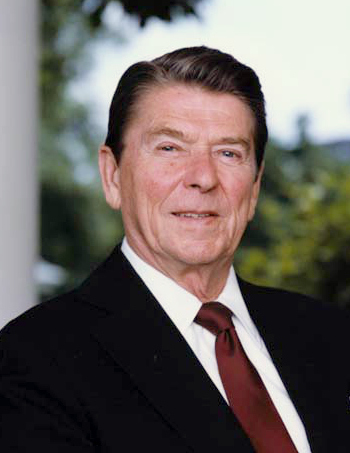 Appointed by Reagan, a market dogmatist, FCC commissioners started in the 1980s to take away the commission’s role in protecting the public good, which had been its founding mandate in 1934. Soon thereafter, the Fairness Doctrine—which had required the airing of a range of views on TV and radio since 1949—was abolished.

This nail in the coffin came in 1987 in Syracuse, New York, when the Syracuse Peace Council filed a complaint against a local TV station that had denied it airtime while simultaneously broadcasting nine paid ads advocating building a nuclear plant. The FCC upheld the TV station’s actions and eliminated the Fairness Doctrine. Prior to that year, Congress had passed a law to codify the doctrine, but Reagan vetoed the attempt.

Then, after lobbying by major telecom companies, the hammer dropped. The Telecommunications Act of 1996 eliminated the cap on the number of radio stations one company could own, and increased the nationwide share of households one corporation could reach via its local television stations from 25 to 35 percent. Key in its passage was the Heritage Foundation, with help from the Koch-funded Citizens for a Sound Economy. Further, lobbying by the media industry convinced Congress to give digital frequencies to existing TV stations—a $70 billion giveaway. Then–FCC chair Reed Hundt labeled the gift “beachfront property on the cybersea.” Both the 1996 Act and this giveaway encouraged media consolidation.

The 1990s’ deregulation of media illustrates the effectiveness of the Anti-Democracy Movement in convincing Republicans and Democrats alike that a narrow, market-driven, anti-government approach was imperative, even if it led to oligopoly.

As the media became a multibillion-dollar industry, a frenzy of mergers continued, wiping out hundreds of competitors. So today most of what Americans watch and see is controlled by just a handful of companies—all preoccupied with their shareholders’ wealth, not our society’s health. The result is a downward spiral of programming. One telling narrative? By 2000, the average length of presidential candidates’ soundbites on the network nightly news had shrunk to seven seconds, less than a fifth of their length in the 1968 presidential election.

As Craig Aaron, president and CEO of the media-focused public interest group Free Press, explained to us:

Years of rubber-stamping merger deals plus the removal of and raising of ownership limits in the 1996 Act did tremendous damage to the media landscape. 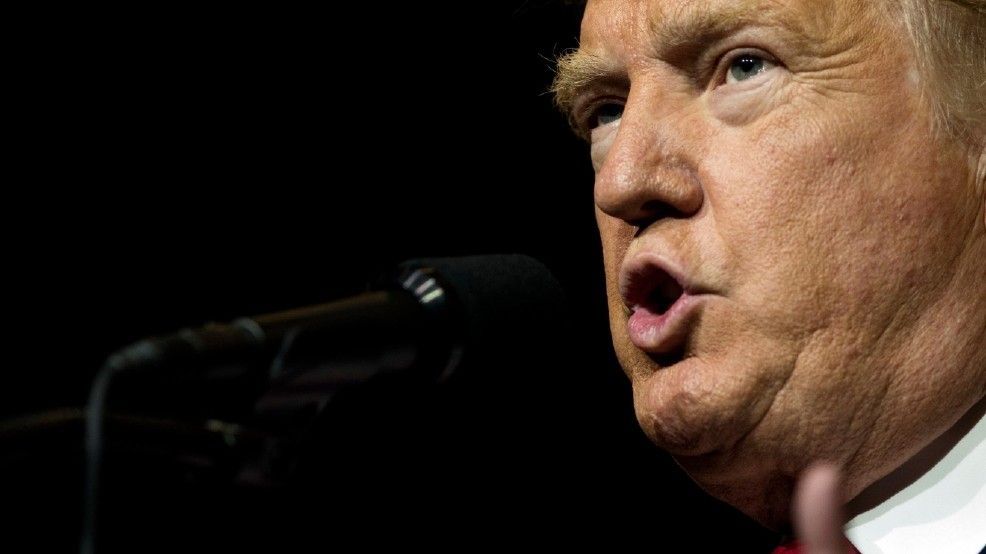 Next to no issue coverage means a bigger microphone for Donald Trump. (photo: Evan Vucci)

The undermining of media as a public good and its parallel consolidation helped take us to the election of Donald Trump. A narrow focus on profitability led to this shocking finding by longtime news analyst Andrew Tyndall: In 2016, from the first of January through October 26, the three major television networks’ evening newscasts together “devoted just 32 minutes to issues coverage.” That’s roughly one-seventh of what it was in 2008. What did they cover instead? Heading into the primary season, sensational Trump stories were all but ubiquitous. By March of 2016, he had received nearly $2 billion in free media coverage. But virtually none of it touched on the serious issues our country faces.

Moreover, our hunch is that many of Trump’s lies were never seriously challenged simply because digging might have interrupted the “excitement” of the election, dimming media’s profits from political advertising. In 2012 such profits accounted for about 20 percent of TV station revenues, as much as four times the share of ten years earlier. Another reason: As online news outlets and social media have taken off, newspaper journalism—long entrusted with investigating in the public interest—has taken a big hit, with its workforce shrinking by 39 percent in 20 years. So even if many outlets wanted to expose Trump’s lies, they had little staff to investigate.

Concurrently, more Americans are choosing self-reinforcing news sources, from blogs to websites—creating an echo chamber that alternative narratives can’t penetrate. As Wired (11/18/16) warned, “We develop tunnel vision [and] eventually become victims to our own biases.” So too has talk radio become increasingly polarized, insular, and narrow-minded, and abetted, unsurprisingly, by essential players in the Anti-Democracy Movement. From 2008 to 2012, the Heritage Foundation, the Kochs’ Americans for Prosperity and related groups provided approximately $22 million in sponsorships to extreme right-wing talking heads, including Sean Hannity, Glenn Beck, Rush Limbaugh and Mark Levin. Many of these radio figures, especially Beck—and the local radio hosts they inspire—were critical in stirring up resentment and providing guidance to Tea Party activists from 2009 onward, as chronicled by journalist Will Bunch in his book The Backlash.

Moreover, Facebook exacerbated self-reinforcing media bubbles and allowed “fake news” to become a significant force in 2016. An investigation by BuzzFeed(11/16/16) concluded, “In the final three months of the US presidential campaign, the top-performing fake election news stories on Facebook generated more engagement than the top stories from major news outlets.” What’s more, all but three of the top-20-performing fake news stories were “overtly pro–Donald Trump or anti–Hillary Clinton.” 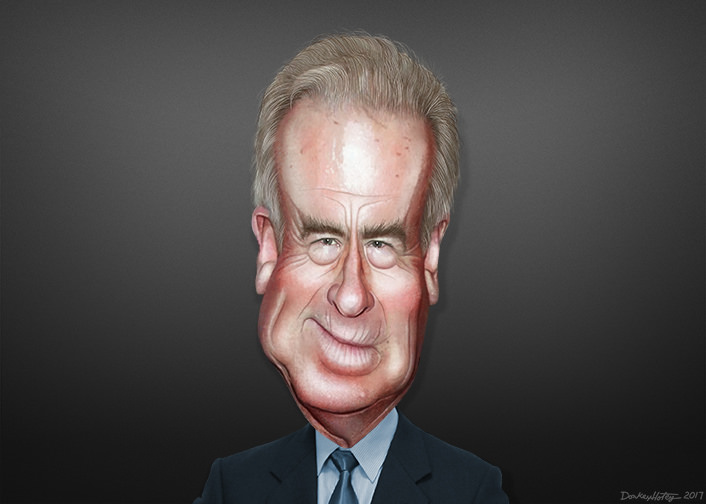 It is in this perilous media environment that billionaire Robert Mercer stepped up with a media-and-messaging strategy to influence elections. It involved three prongs, according to Carole Cadwalladr of the Guardian (12/4/16).

The first was creating media outlets to host extreme, far-right viewpoints. In 2011, Mercer put at least $10 million into Breitbart News. Not only are its stories narrowly anti-government, but they also mock and denigrate women and people of color, carrying headlines that include, for example, “Hoist It High and Proud: The Confederate Flag Proclaims a Glorious Heritage” and “Birth Control Makes Women Unattractive and Crazy.” Mercer also funded the Media Research Center, which “documents and exposes liberal media bias,” according to its newsletter.

Mercer’s second prong is creating front-page stories via “investigative journalism,” a profession once paid for by subscribers. The Mercer-funded Government Accountability Institute, founded by Steve Bannon, is one such attempt; it published Clinton Cash, a screed against Hillary Clinton, in 2015. Clinton Cash made the front page of the New York Times (4/24/15), debuted at number two on the Times’ bestsellers list, and was later made into a film by Bannon and Rebekah Mercer. An ABC News independent review of the book (4/24/15) found errors, which the author said he would correct. In any case, we’re confident that journalism “commissioned” by and for the interests of the wealthy is not what de Tocqueville had in mind for our “instrument of freedom.” 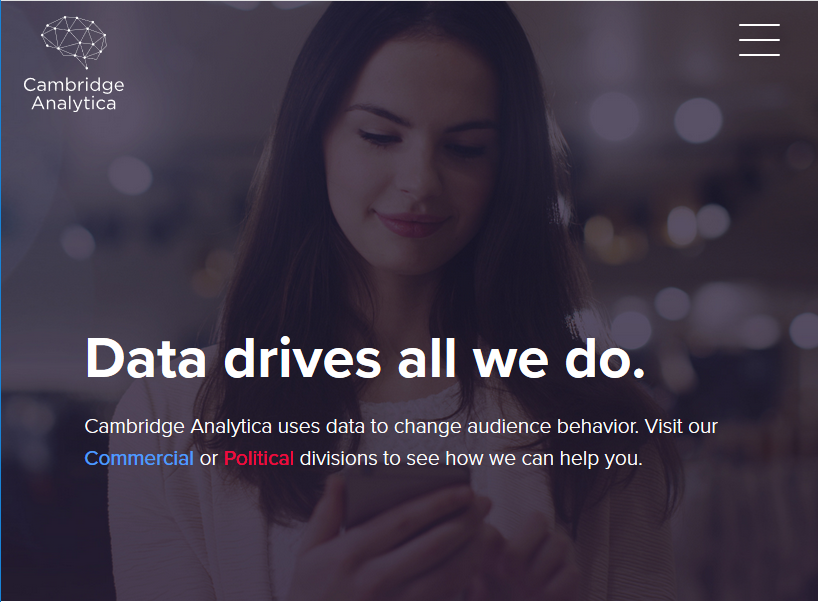 The third prong of the Mercer strategy has been to abet a massive data collection on voters, largely through online sources, enabling far-right candidates to micro-target their online messages to voters. Toward this goal, Mercer reportedly invested $10 million in Cambridge Analytica, an American affiliate of a UK firm, which would eventually partner with the Trump campaign.

claims to have built psychological profiles using 5,000 separate pieces of data on 220 million American voters. It knows their quirks and nuances and daily habits and can target them individually.

The firm conducted tens of thousands of polls for the Trump campaign to help with messaging.

a computer can actually do psychology, it can predict and potentially control human behavior. It’s what the Scientologists try to do, but much more powerful. It’s how you brainwash someone. It’s incredibly dangerous.

Moreover, “the ways this data is processed and applied to affect our decision-making is withheld by companies like Cambridge Analytica and their marketing partners, as it is considered, in most cases, proprietary,” communications professor Jonathan Albright, of Elon University, explained to us. So no one knows how sophisticated these tools are, or what exactly Cambridge Analytica did to help to elect Trump.

What is clear is that these secretive and potentially intrusive, manipulative techniques are anathema to democracy. As Tim Berners-Lee, founder of the World Wide Web, said in 2017, “Targeted advertising allows a campaign to say completely different, possibly conflicting things to different groups. Is that democratic?” Our answer is a resounding no, for democracy depends on citizens trusting that they are in one conversation with shared facts.

Excerpted from Daring Democracy: Igniting Power, Meaning and Connection for the America We Want by Frances Moore Lappé and Adam Eichen (Beacon Press, 2017). Reprinted with permission from Beacon Press. © All rights reserved.