Choosing the way to heat one’s home is a complex task for people like Transitioners. We have to think of efficiency and environmental impacts, of availability and autonomy, of the more dull aspects such as investment and running costs and not least comfort and aesthetics.

In Hungary as in most of Europe we have to deal with harsh winters. For people living in rural areas, there really are lot of choices to choose from when it comes to heating. As with many aspects of technology often the right choice lies somewhere halfway between tradition – things that proved to work for centuries in a given environment – and new technological innovations and developments. You might have heard of the term “masonry heaters”, which is something Transitioners around here have been experimenting with. Alongside the international pool of knowledge in this field we also have a rich heritage of traditional designs to build on.

What are masonry heaters?

Masonry heaters are space heating devices which work on the principle of burning wood rapidly and storing the resulting heat in a large mass (usually at least 500 kg). What essentially happens is that the fuel burns in the firebox, the combustion chamber – which is like the “engine” – and then most of the heat produced is “soaked up” in the heavy body of the heater – much like in a battery – which then slowly releases that heat to its environment; your home. Typically you load the fire once every 12 to 24 hours (or even less frequently if you have a very well insulated home). Much of this heat would just get drawn out of your chimney if you were using a hearth or a metal stove. This makes masonry heaters much more efficient while due to well-designed fireboxes produce minimal amounts of harmful emissions. 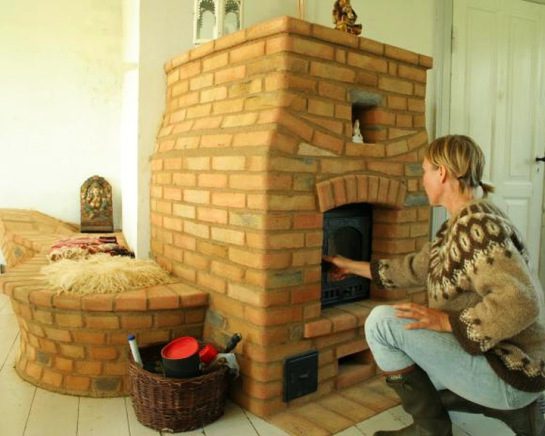 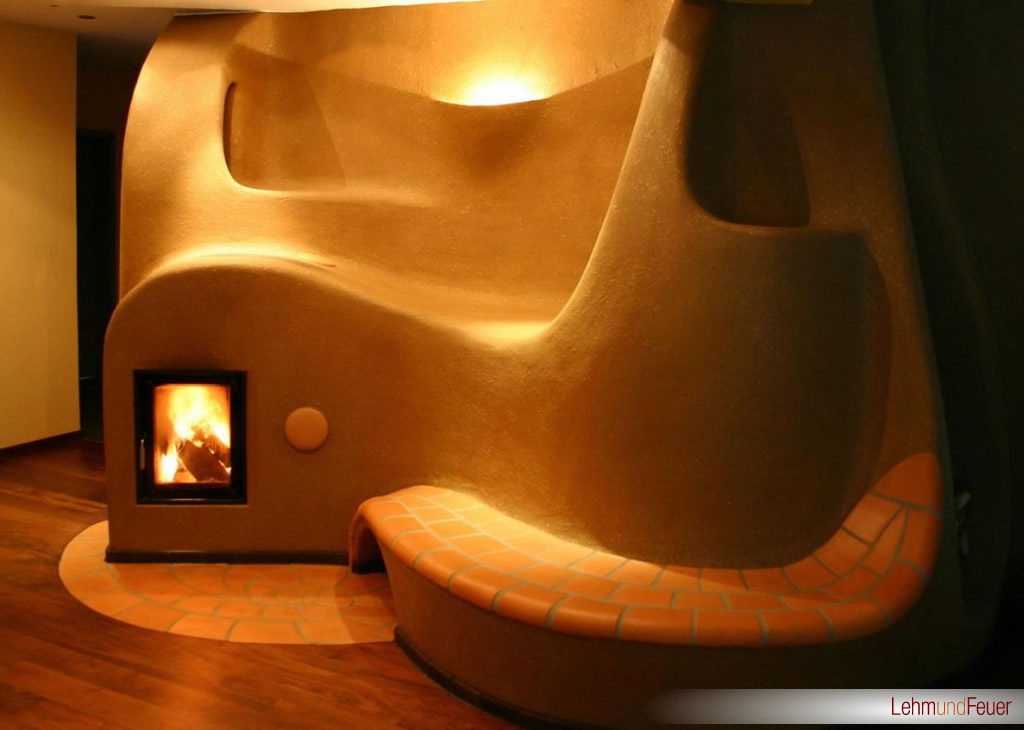 In Europe these type of heaters have been around for centuries. Just like with traditional building, stove designs vary from region to region; there are Russian stoves, Scandinavian masonry heaters and the kachelöfen (or “tile stoves) used all over Germany and Central-Eastern Europe and of course many variations of these. Even if you just look at Hungary, the types of stoves people had been using reflected their local natural environment and their social status. For example in the great plains where wood is scarce people used the “búbos” stoves, where agricultural residues such as corn cobs and stalks could be burned in a large domed firebox or we have a traditional design called the “economy fireplace” using commonly available materials (clay, sand, bricks and limewash) which is a heater, a cook stove and an oven all in one. There are also the tiled stoves (kachelöfen) where the intricacy of the tile work can really show off status, while stove tiles were mass produced in the socialist era flooding the homes with a few emblematic designs, which you can still find in many houses, even in some flats in urban areas. 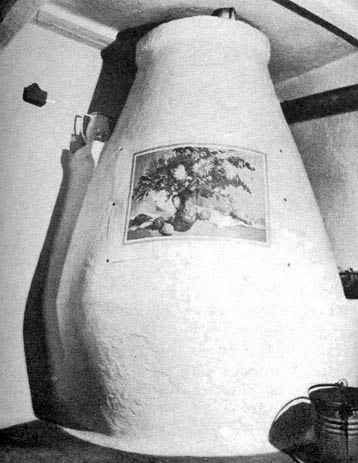 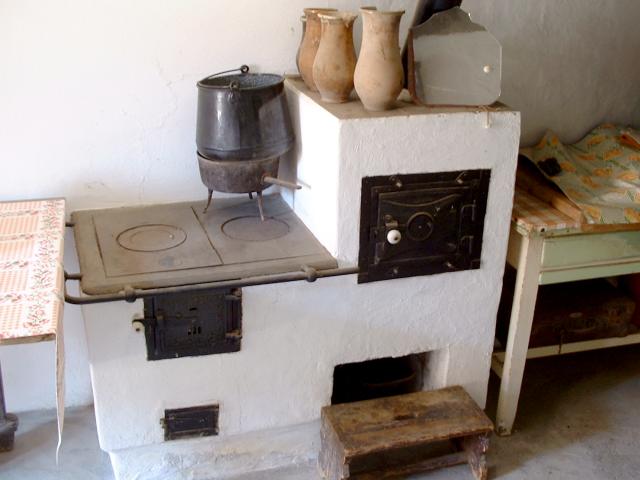 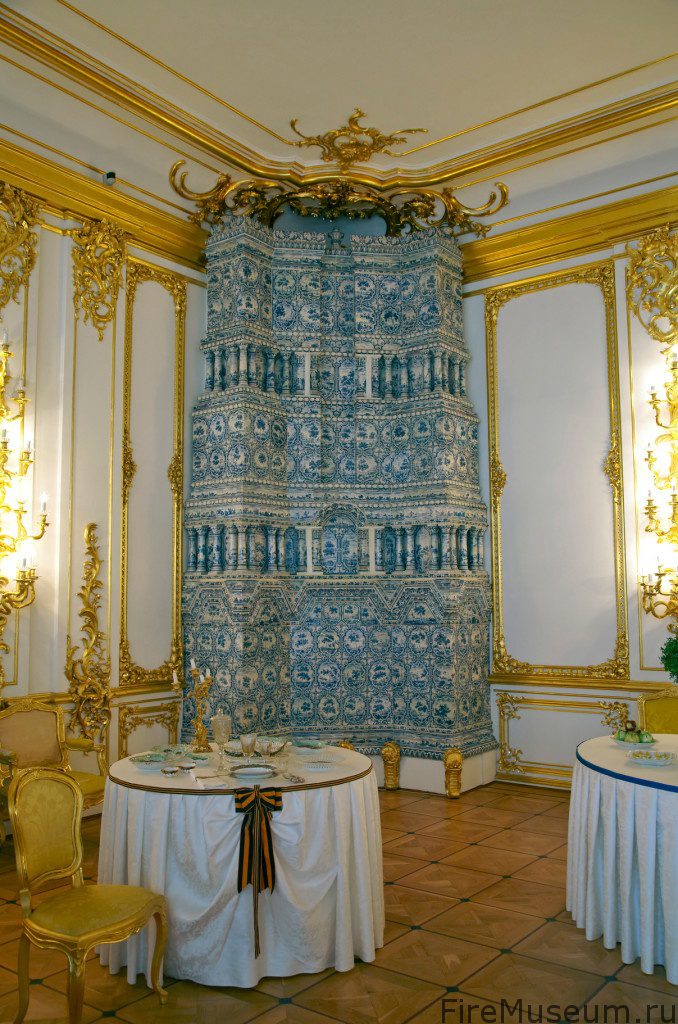 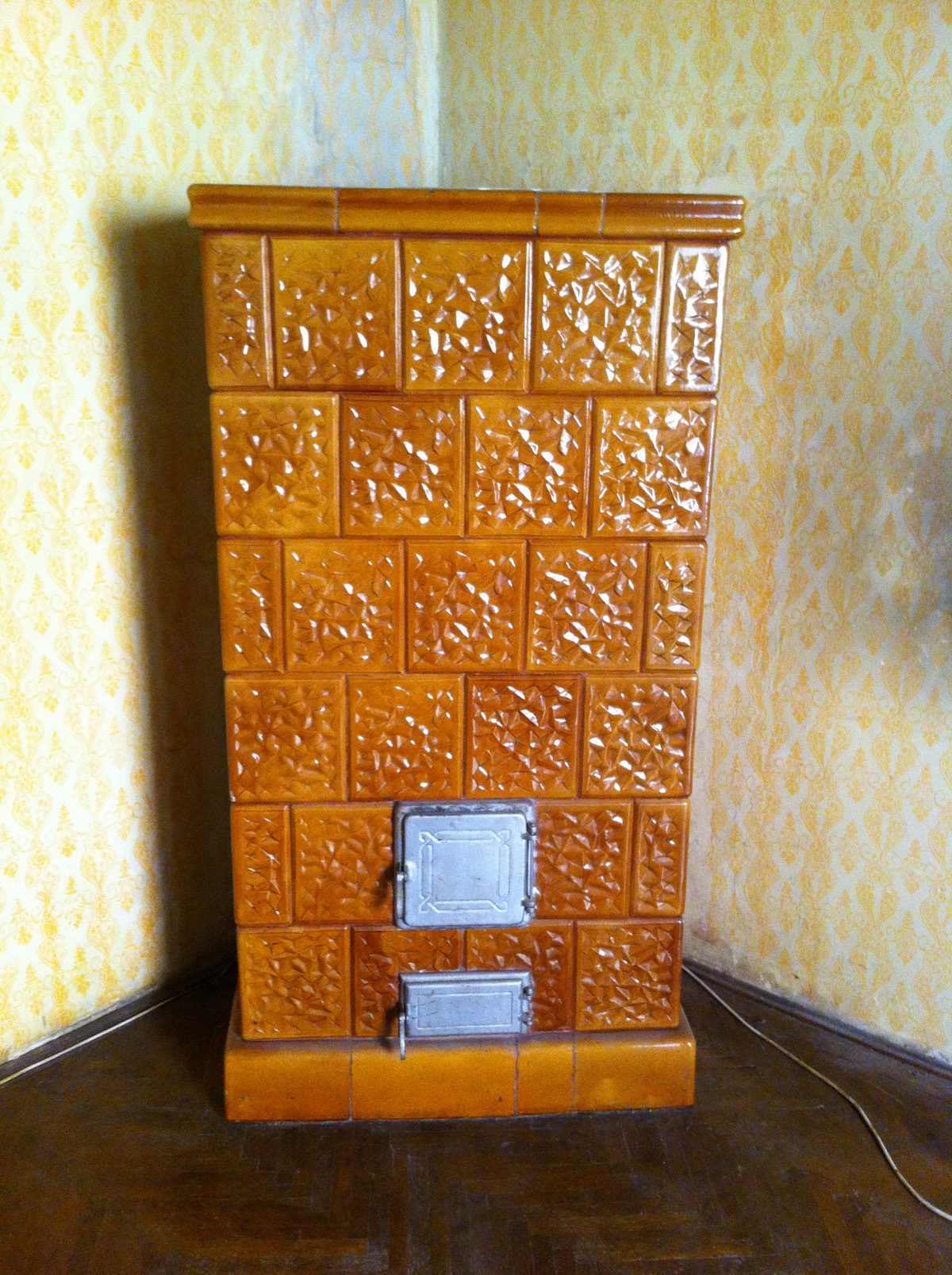 In recent decades with increased environmental awareness and interest in renewables, masonry heaters have also become an area of innovation. On one hand we can see new high-tech materials such as refractory (high heat resistant) cements and mortars developed for heaters, specialized prefabricated firebox parts (like the Austrian “Bio-Feuerraum” or biological combustion chamber claiming around 90% combustion efficiency) and computer aided design softwares for optimising heaters. On the other hand there is innovation coming from the DIY and permaculture movements such as the masonry rocket stoves. With these the focuses alongside efficiency is the use of locally sourced and recycled materials. In the USA the non-profit Masonry Heater Association (MHA) is combining all state-of-the-art innovation and traditional building skills in masonry heater building promoting its application through education, testing, certification and annual meetings. 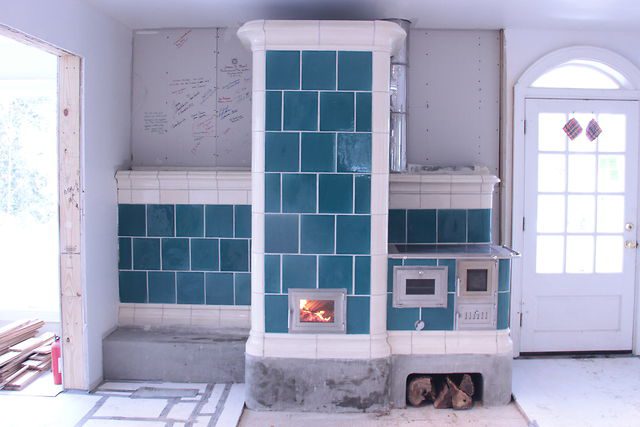 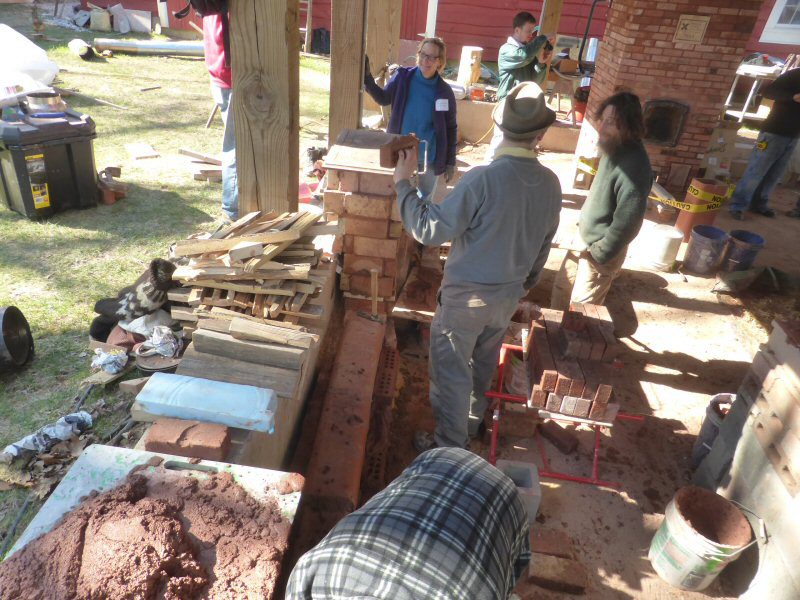 What are the benefits?

So why is it that we think masonry heaters are something worth exploring and adding to the skill-set  of transition communities? 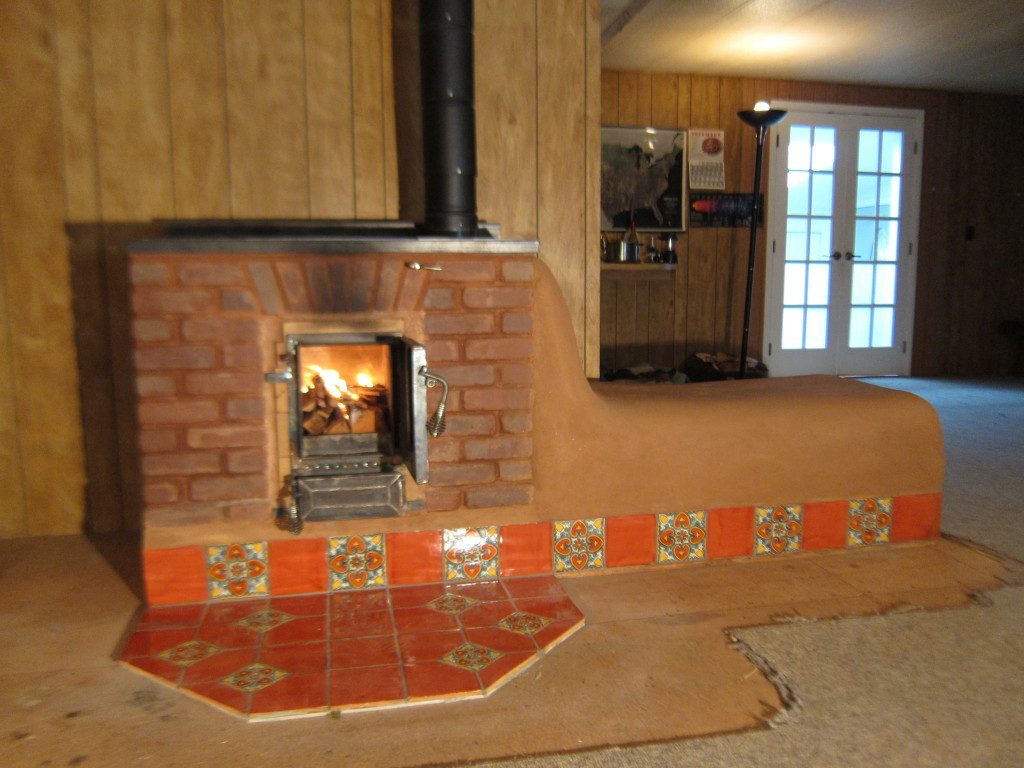 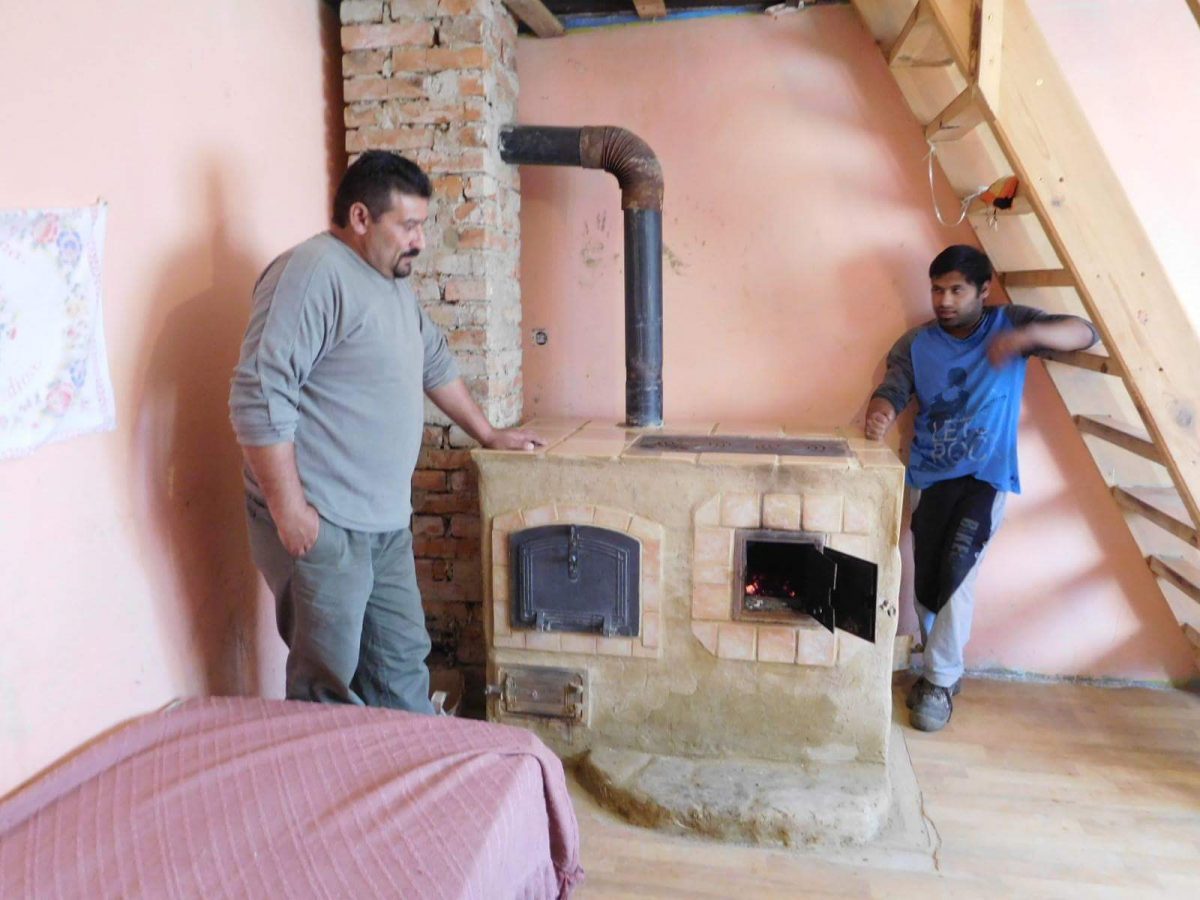 Heater built by Nora Feldmar and Ed Morriss in a Roma community in Slovakia, design based on the Cabin Stove

This article was written by Transition Hungary