November 1st sees the publication of a landmark new publication from Transition Network.  ’21 Stories of Transition: how a movement of communities is coming together to reimagine and rebuild our world’ is published in advance of the COP21 climate negotiations in Paris in December, and is a joyous and inspiring celebration of what the Transition movement has become.  Here Rob Hopkins, who harvested the stories contained in the book, introduces it:

It tells 21 stories of 39 Transition projects in 15 countries, drawing out some staggering insights into their impacts (for example, between them, our 21 stories alone have saved car travel equivalent to driving to the Moon and back 3 times, installed renewable energy equivalent to that needed by 4,000 homes, put over £1 million of local currencies into circulation, and generated over 18,500 hours of volunteer input).  But those are just the measurable impacts.  So much of what these groups do is much harder to measure, but just as important. 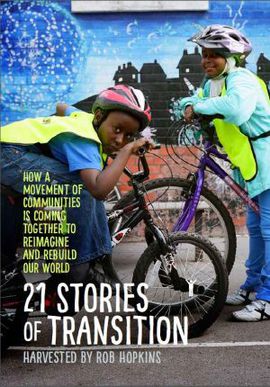 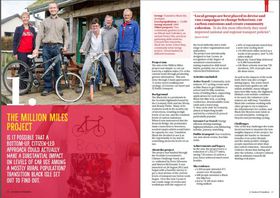 Told in the voices of the people making these projects happen, ’21 Stories for Transition’ also tells of the challenges groups face, and the strategies they develop to ensure the resilience not just of their projects, but also their groups.  It’s the most heartwarming, diverse and colourful Transition publication yet.  It will be published in both an English and a French edition.
The English edition will be published on November 1st, but you can pre-order now, and get your copy hot off the press.  The French edition will follow a couple of weeks later. Over the 21 days before COP21, we will be publishing one of these stories every day, as well as sharing more news on Transition-related events that will be taking place in Paris during the conference.
Pre-order now